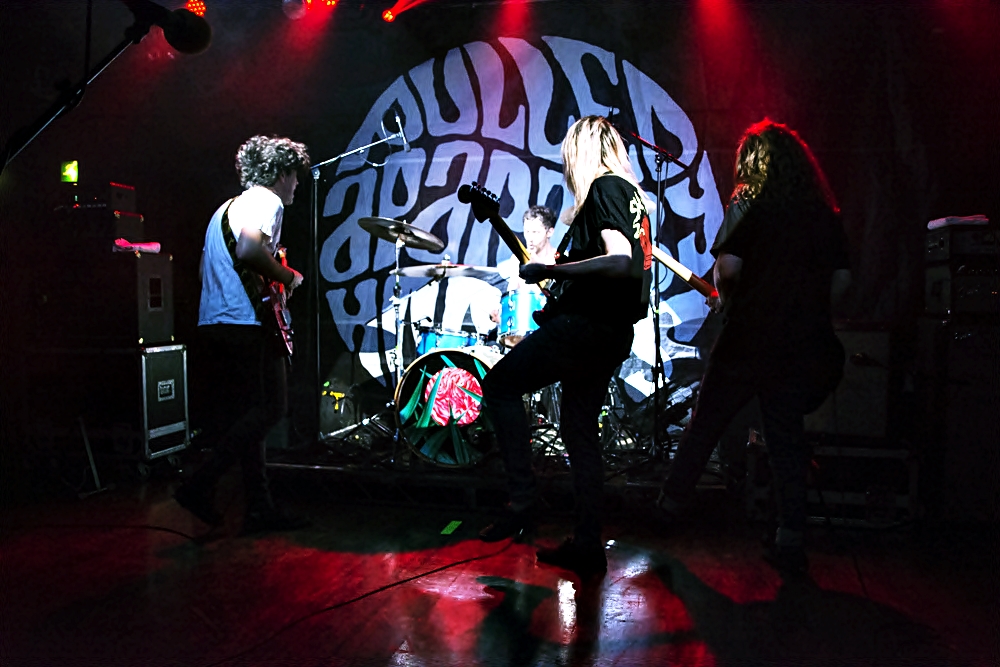 Following the release of their third studio album, Blood (2014), Pulled Apart By Horses decided to take a little break from all the hassle and locked up themselves in a cottage on a dairy farm in the Welsh countryside. Well, it worked just right as they returned even stronger, and I am really tempted to use the expression that they got back straight on the horse.

Last Tuesday night PABH made their presence loud enough for all the people gathered at Scala, and all its surroundings I presume. Supporting the release of their long-player #4, The Haze, the band hit the road for a string of UK dates reminding everyone that they still know how to put on a thrilling live show. As tonight holds a lot of expectations one thing must be said clearly, we’re all ready for a raucous one.

Kicking off with the title track of their new album, it works like a trigger on the crowd who has been gearing up for a giant mosh pit for a while now. It is mayhem from the very first note and proceeding with The Big What If and I Punched A Lion In The Throat only amplifies the rowdiness of the agitated masses.

Certainly, PABH have managed to build a true following fanbase over the years. That fact pierces right through as I spot a few gents proudly sporting the band’s merch and a few proudly fighting the security who tries to stop their attempts of crowdsurfing. Unsuccessfully, let’s add. Although tonight’s show is not a sold out one, the front of the room surely makes it look like the tightest space there is.

With their hard-hitting riffs backed up by the ardent percussion, and a tinge of poppy catchiness, Pulled Apart By Horses come across as an intriguing outfit. Naturally, the live experience is still a hardcore mental journey as it doesn’t take long for the band to ask: “What day is it?! Tuesday?! It feels like a fucking Saturday night!”.

The tracks taken from The Haze shine in the array of tonight’s repertoire as they’re being put out for exposure. The flaring twists of Prince of Meats and Flash Lads keep the rhythmic pace on-point whilst Lamping slows us down a bit, but just a tiny bit. Although the vast majority of the praise must go to the edgy Hotel Motivation, surely one of stand outs as it fully explores Tom Hudson’s raw vocal range.

Lizard Baby is a nod towards the album Blood and V.E.N.O.M. gracefully brings back the reminiscence of Tough Love. However, the band’s self-titled debut causes even more trouble. The screaming Back To the Fuck Yeah is a proper blast from the past and the thunderous High Five, Swan Dive, Nose Dive rounds off the effervescent set.

It’s been almost a decade since PABH formed the band. They’ve re-arranged themselves and their soundscape respectively a few times since then. But overall, when at one of their live shows, all those tracks shape a concoction of distorted sounds that somehow align together. The energy does not cease to intensify and if you haven’t seen these guys live yet, you might want to reschedule your gig diary.

When explaining The Haze vocalist/guitarist Tom Hudson said: “Basically, we wanted to go with our guts and fuck everyone else”, and it seems just accurate to finish off with that statement. 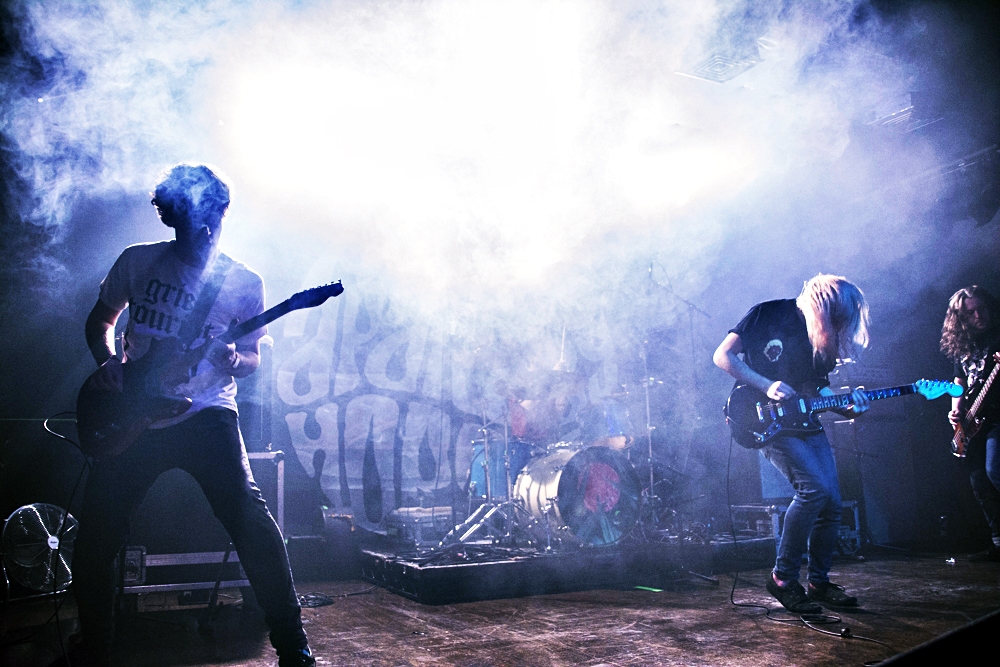 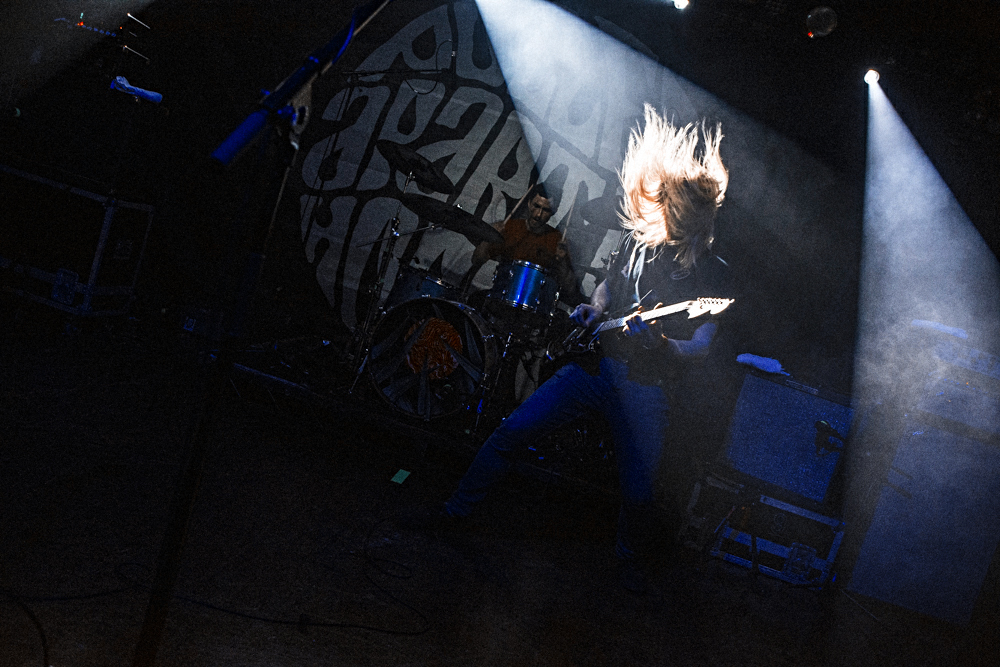 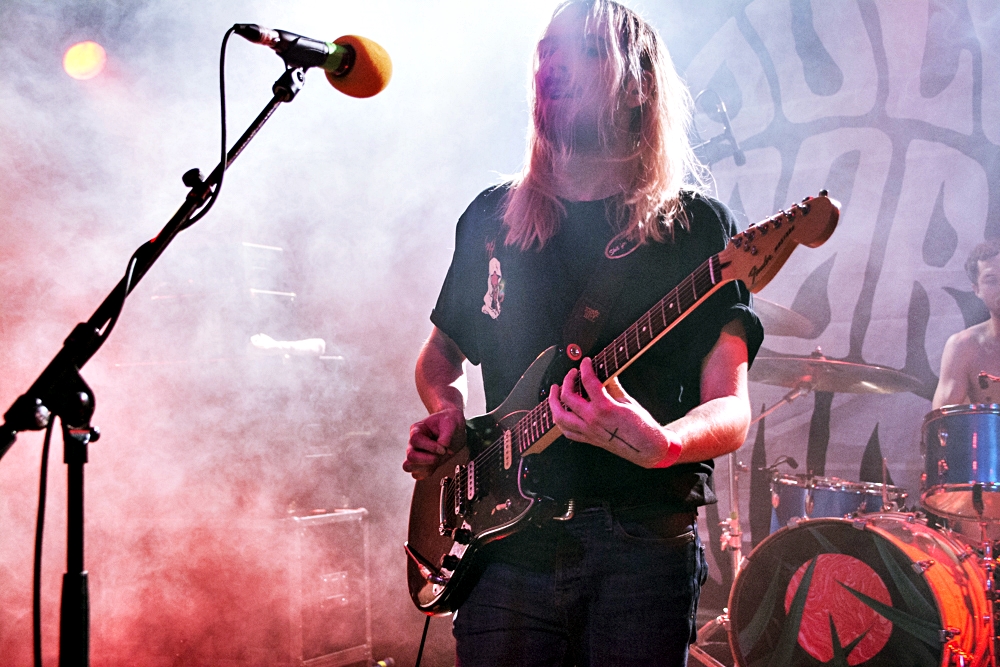 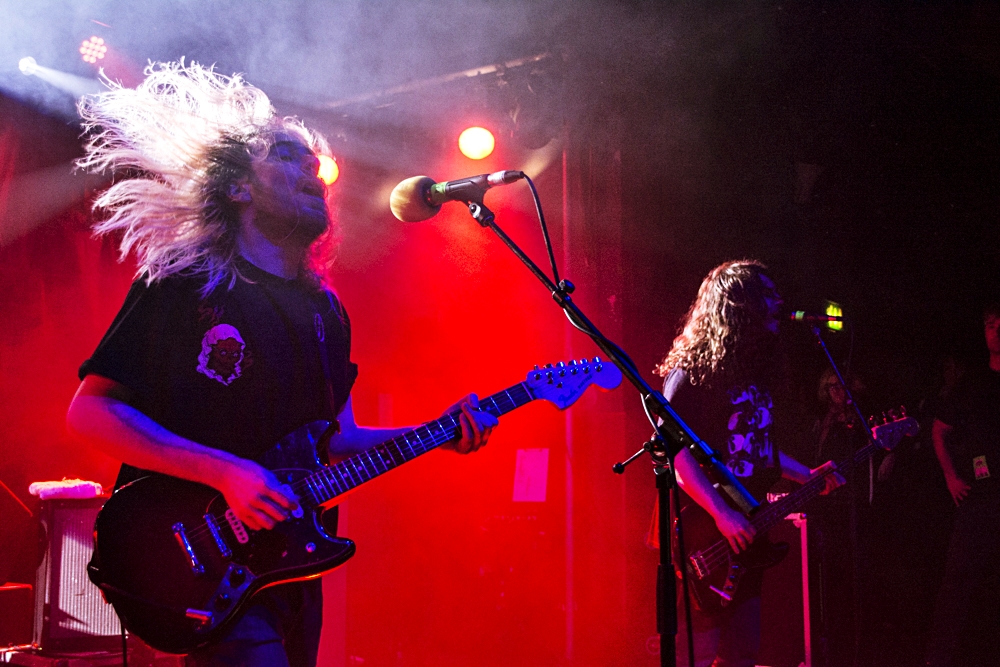 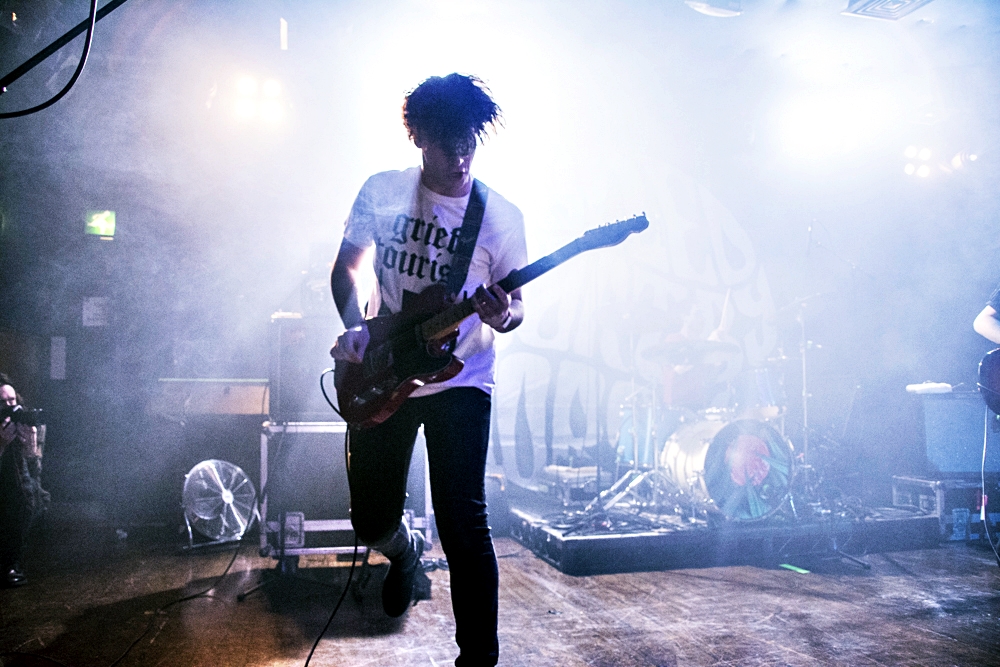 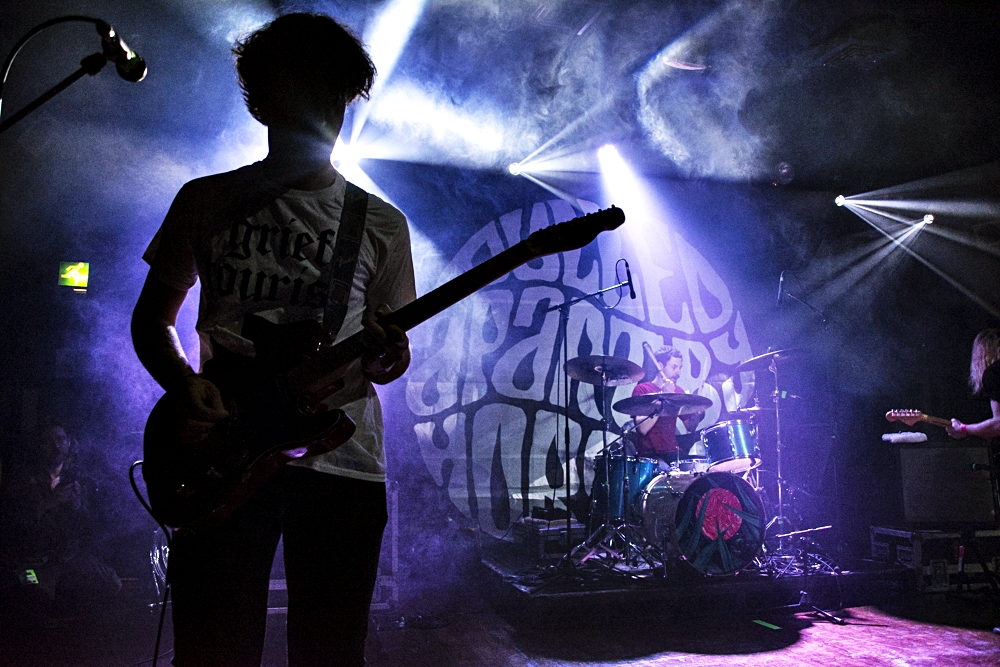 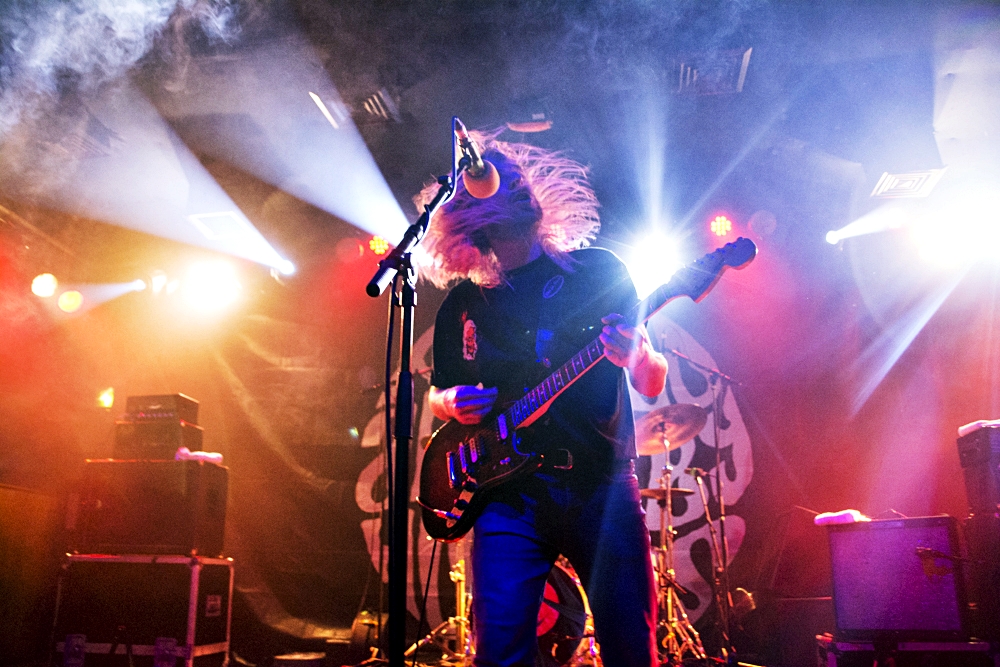 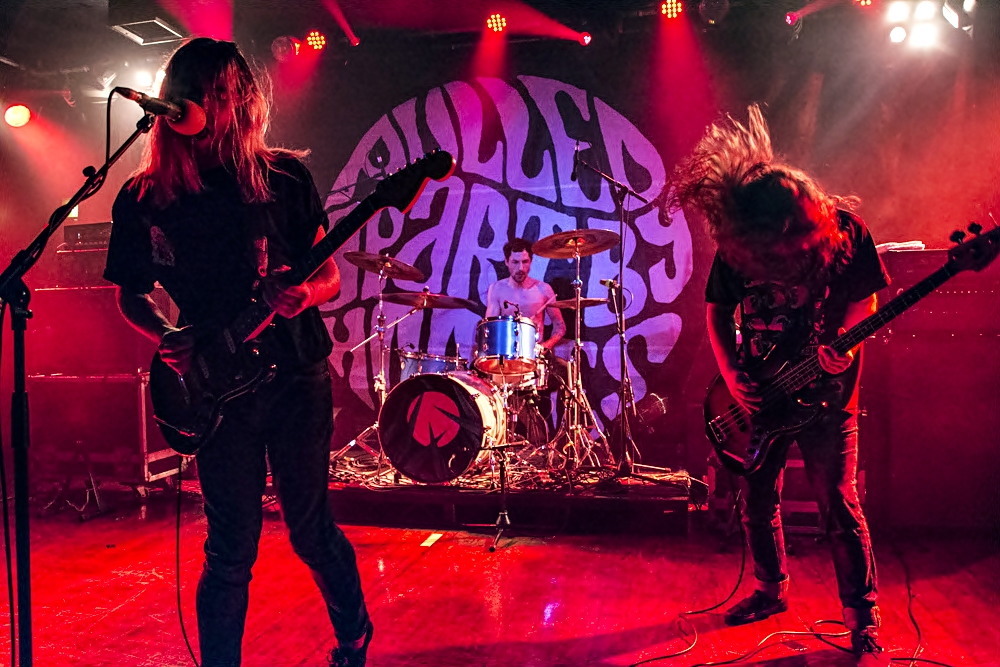 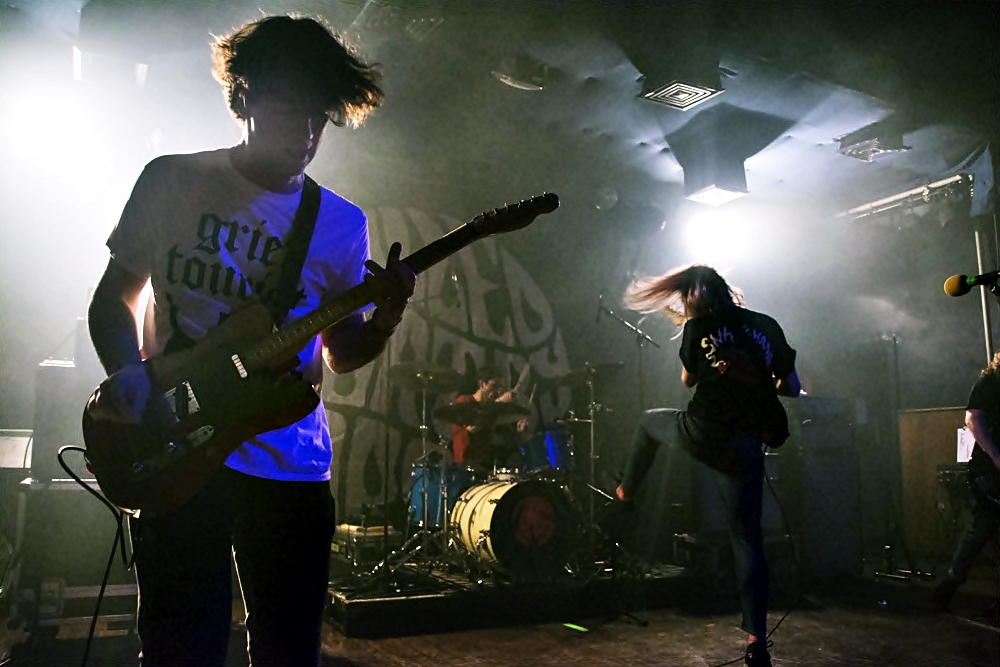 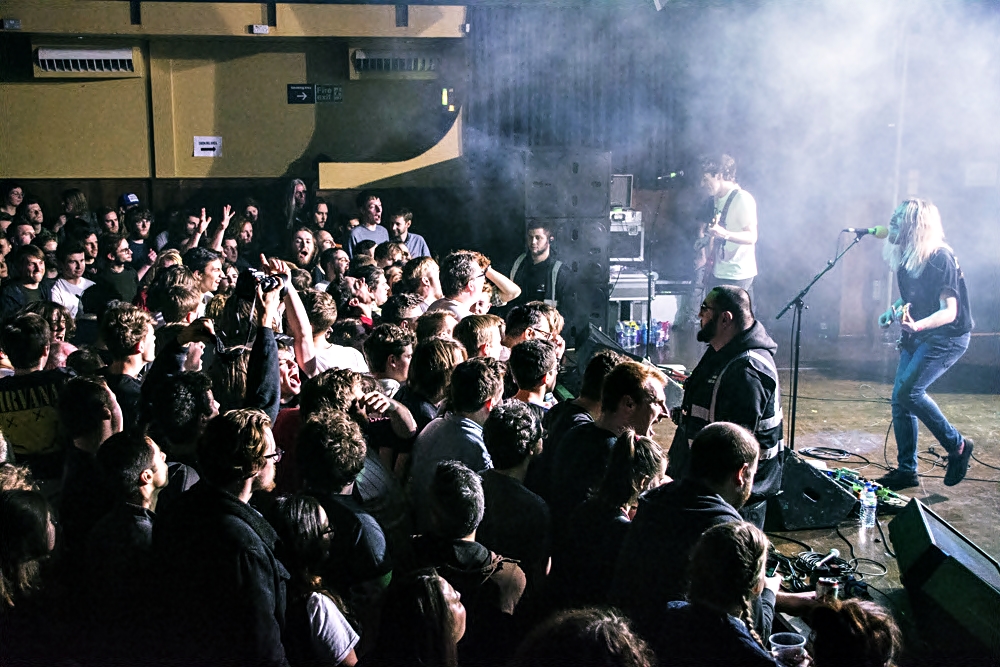