SUPERFOOD Live at The Dome

Dirty Hit has a superb reputation for spotting talent and their tour this spring certainly showcases that. Bringing together Pale Waves, King Nun and headliner Superfood for a series of rowdy nights, the indie label has definitely gifted the crowd with a night to remember.

Following an intense warm up from Pale Waves and King Nun there is a sense of true anticipation sparkling the air. Chanting the chorus of Superfood’s own Superfood, the crowd’s earning is not without reason. As the band finally takes to stage it is a well-awaited comeback from the outfit that shook 2014 with their bouncy guitars and fun musical outlook.

The Birmingham group has gone through quite a transformation since those day with only two of the original cast remaining in the band. Now fronted largely as a duo, Dom Ganderton and Ryan Malcolm have taken the matter of Superfood into their own hands, releasing the band’s first single since their debut in 2014.

Double Dutch marks new beginnings for Superfood and is the obvious opener for their comeback show. “We’ve been away for a few years and if feels good to be back,” Dom states, glaring over the moving masses of over-excited fans. “Here’s an old one”.

The familiar intro of Bubbles, of their debut EP MAM, definitely has a desired effect, the crowd dance, mosh and display an impressive variation of reckless abandon. The rickety bounce of chords and the sassiness Dom poses in his vocals collides in an absolutely brilliant concoction of confidence and enthusiasm.

Arguably, their dynamic has rocked since their days of young potential. New cut I Can’t See shines as an ode to whatever Superfood are trying to communicate. It’s a beacon of chill vibes and auxiliary percussion. Ryan’s trembling hooks grasp onto the melody and at his best he really hits the chords where you feel it.

Though their new material has heaps of groove and potential, their hype days still stand for anyone that were around three years ago. The continuous crowd chants Where Is Emily? make it clear that, yes, the crowd do miss the original Superfood line up.

As Dom promises “the last new song for the night” the audience seems to settle with the promise of some classics. Where’s The Bass Amp definitely cranks it up, and I guess they found the amp after all.

As the deliciously saturating sound of Right On Satellite cuts through the moist air, the band and fans finally reach a complete symbiosis. The crisp guitar work and firm bass-lines intertwine and flourish. The static melody is possibly Superfood’s best live offering. And for the first time this evening, they reach their true potential and as a live act, they engage both with each other and their audience.

Their ultimate self-indulgent title track follows, and having a room crooning “Suuperfoood” back at you can make anyone’s ego blow up. It is a slightly cocky ending to a roller coaster set bangers and charming attempts.

Though the set had its downfalls, when Superfood are at their best, they truly are superb. After all, they are that band that actually blew the KPH ceiling down. As encore TV sets in, the crowd gives everything to prove their dedication. Engaging in dancing, jumping, stage invading, and whatever shenanigans that are remotely suitable at a gig, they truly prove how important a crowd effort is to the vibe of a gig. Superfood owe a lot to their fans and judging by the blissful look on Dom Ganderton’s face, he’s well aware. 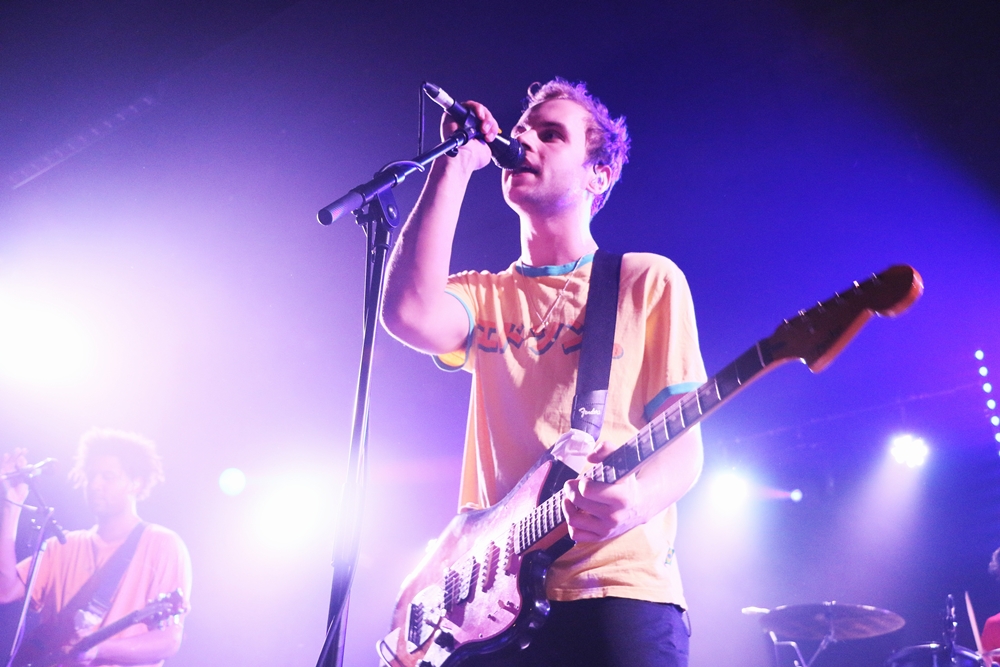 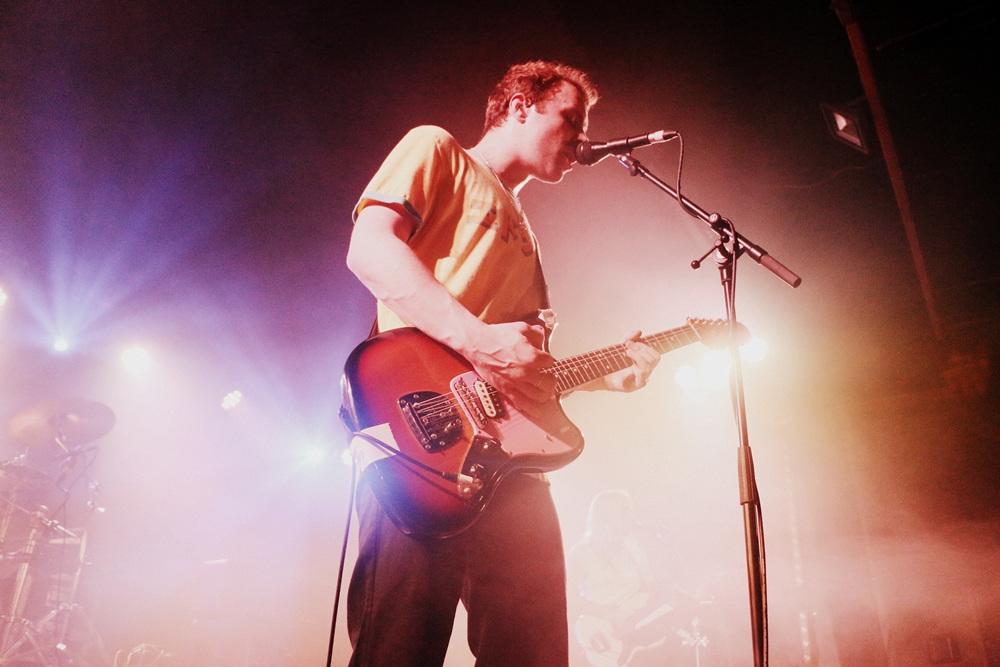 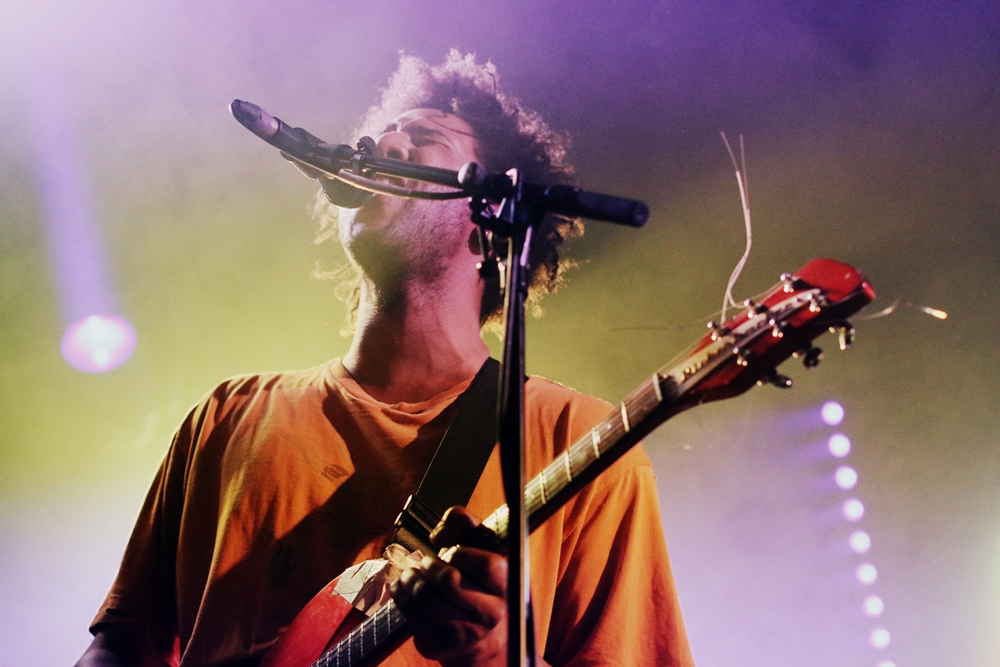 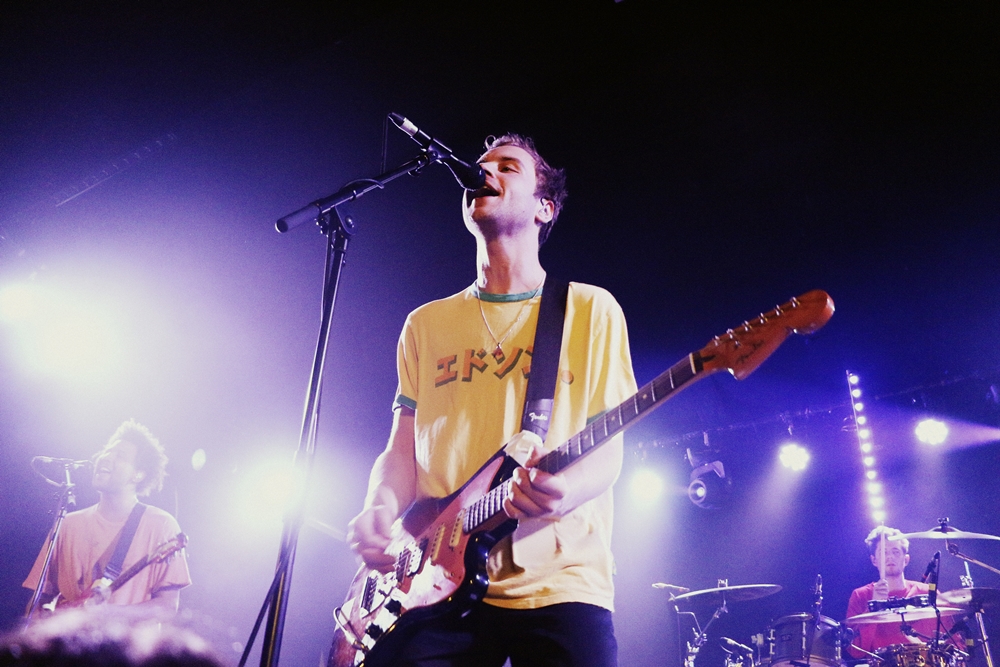 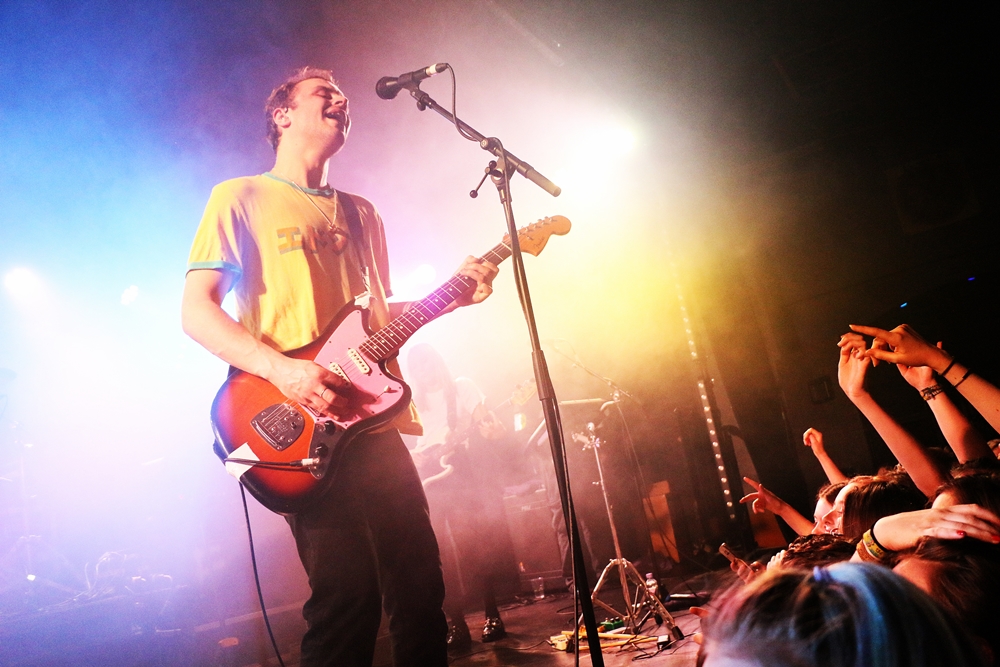 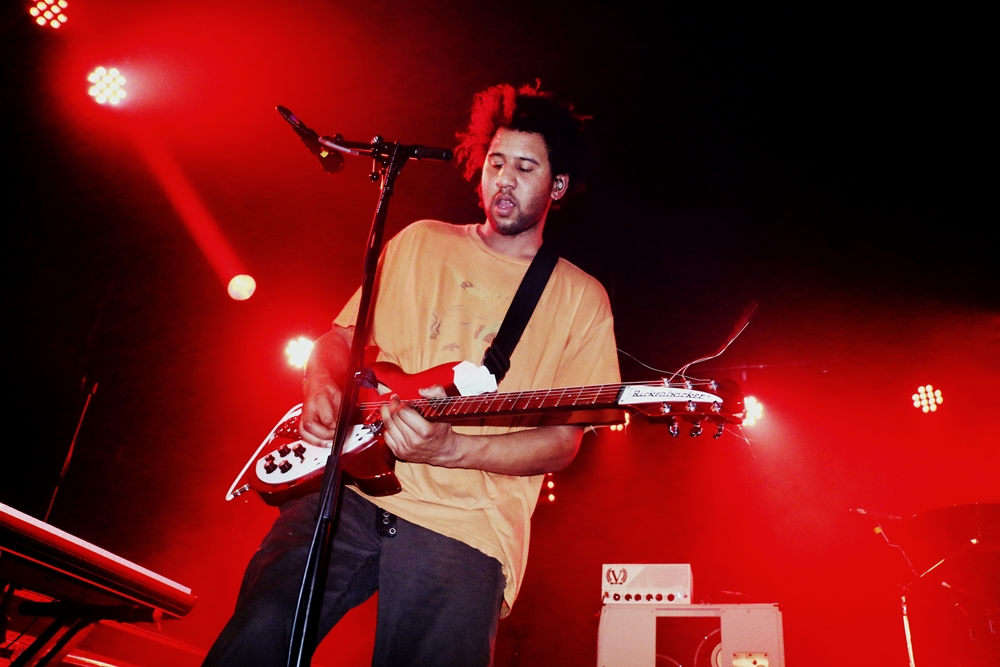 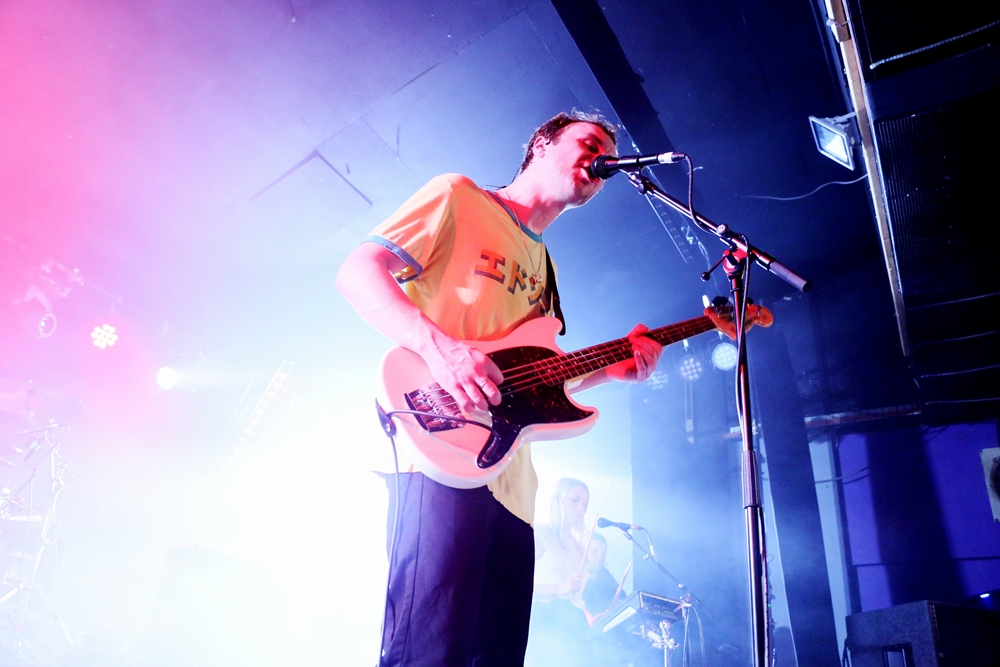 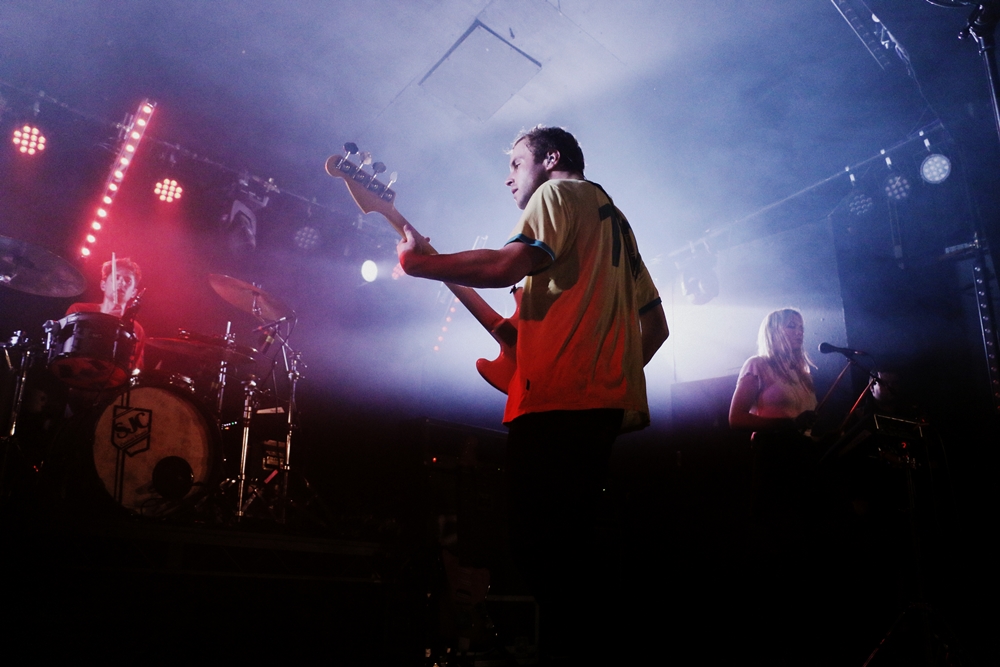 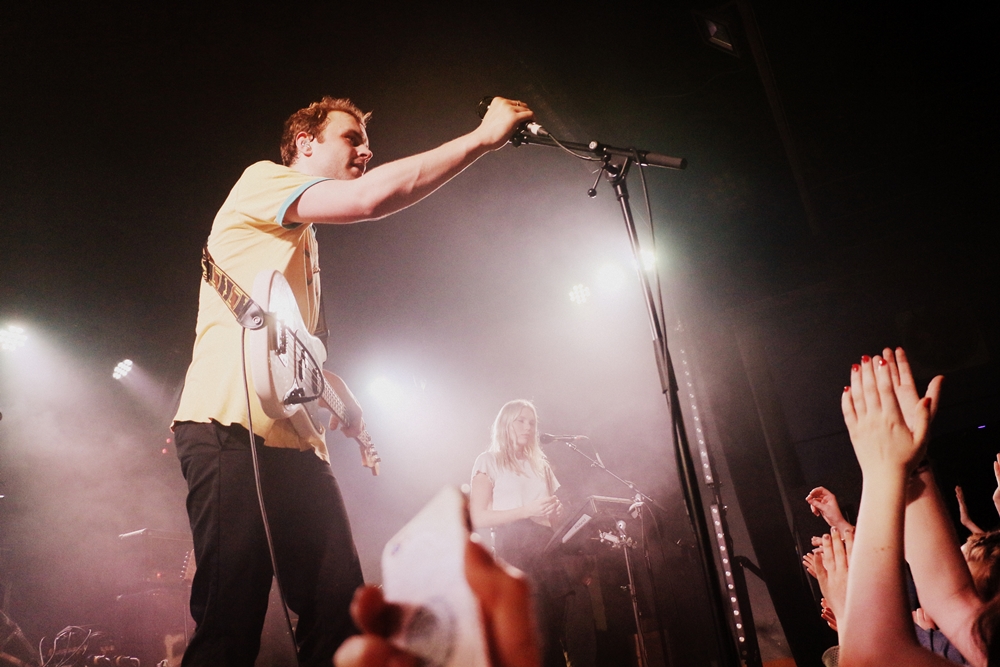 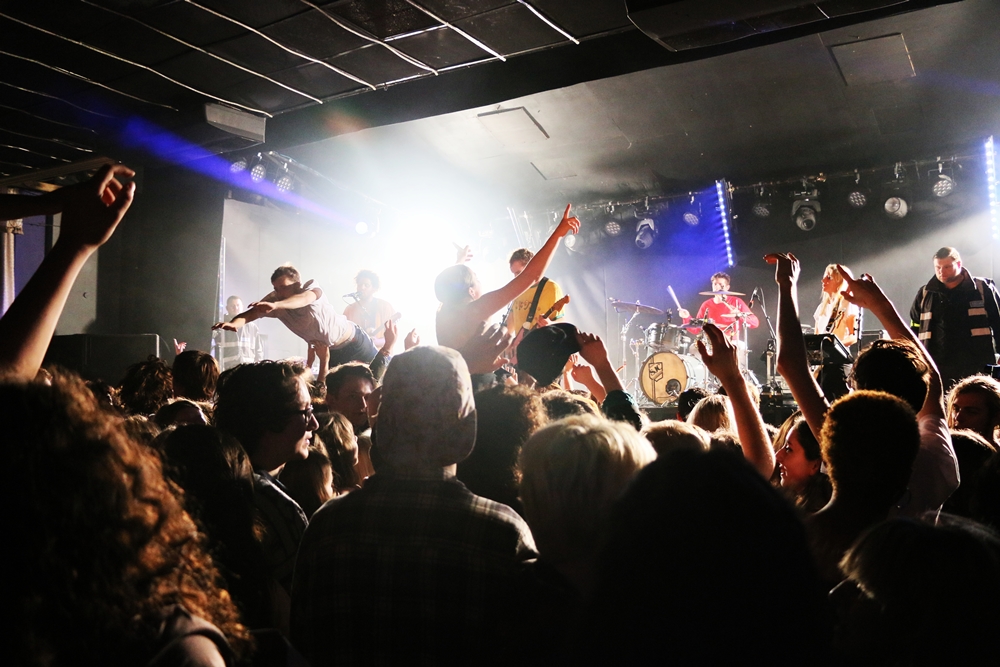 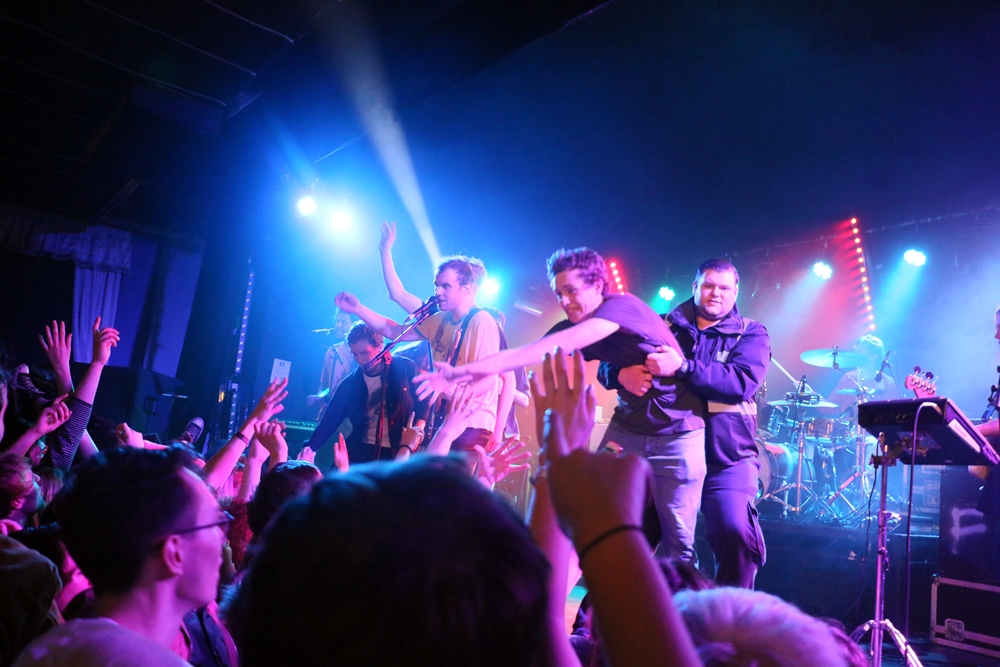 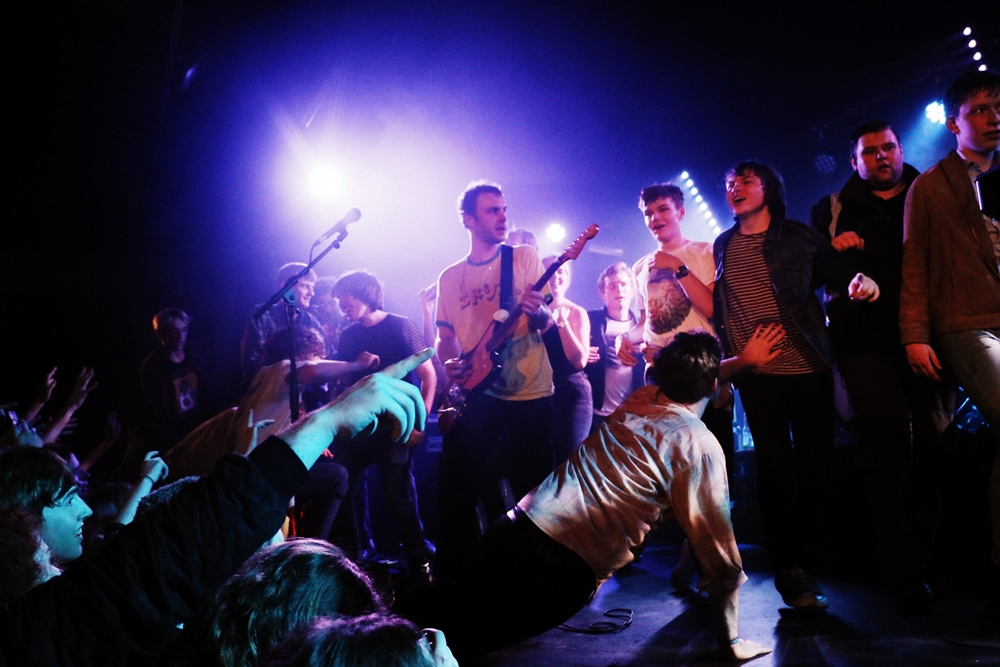