The band to embark on tour this month.

The Birmingham outfit released one of the most intricate sophomore albums of 2016. Simplicity excelled with fresh ambition adding a darker twist, and the most recent single Cast perfectly embodies this newfound mystery.

The dreampop trio unveiled the live video for the hazy track, the fifth song on the album, with a sun tinted and sparkly B-side Fruit. The contrast between the bombastic proportions of the single and the calmer emotive aspect of the B-side plays up against each other making the single release worth wile.

JAWS are set to embark on a mini UK tour with a beacon show at London’s own Scala. 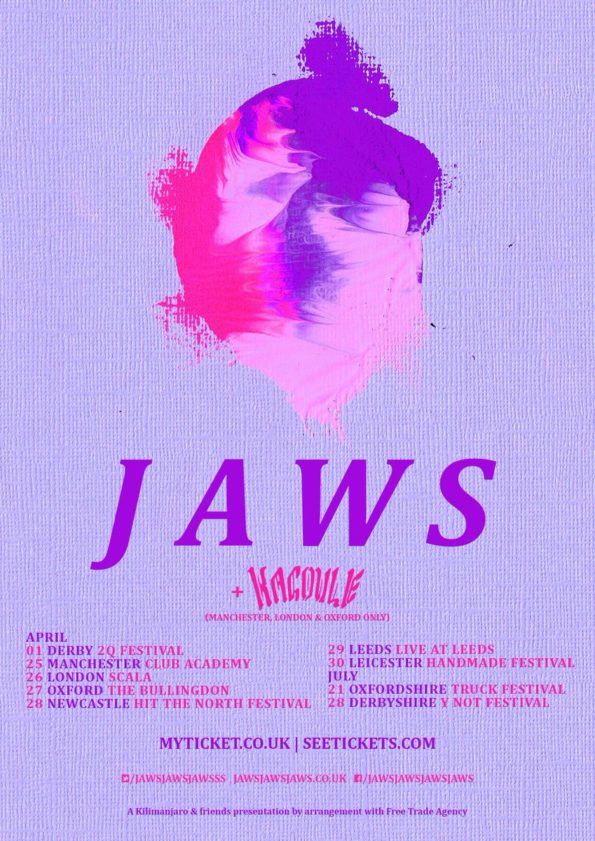