Taking you through an honest journey where they bring all to light and hide nothing, the debut album from Stand Atlantic marks them as one of the most exciting bands around. 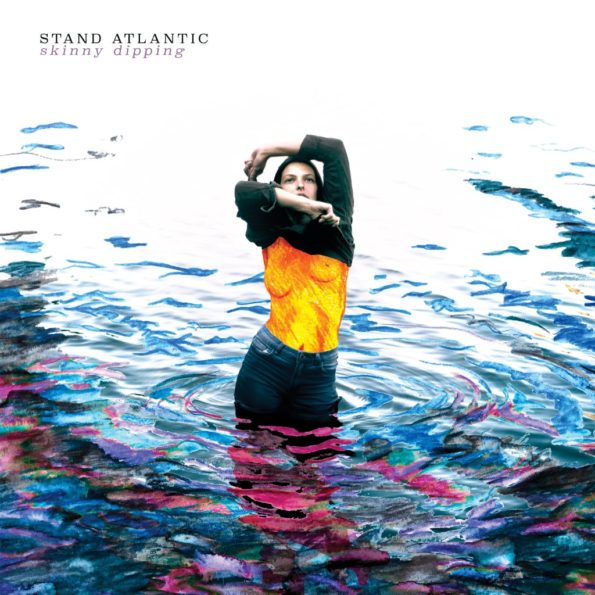 The Australian pop punk trio Stand Atlantic have racked up a number of impressive accolades over the past year, and a listen to their debut album will show you why they are deserving of all of that and much more.

Hiding nothing, Skinny Dipping is an honest album that sees the band opening up about their life experiences in love, relationships and much more, and you’ll be taken on a journey through all of the thoughts flitting through the band’s head.

Opening with Lavender Bones, it’a a heartfelt introduction to the album as the band share emotional truths over catchy melodies. Blending outstanding vocals and upbeat instrumentals, the electrifying energy of the track is sure to flow through your bones and get you singing along to the infectious chorus.

A chant-like chorus catches your attention at the start of Bullfrog, which contains the unmistakable Stand Atlantic energy and sound, yet remains distinct as a track, overflowing with a driving rhythm section and sing-along choruses. Skinny Dipping sends an important message about accepting yourself when you’re uncertain and thinking “I know nothing about me”, as soaring choruses contrast with soft verses.

Electrifying vocals take centre stage on Speak Slow, as high vocals play against the propelling bass to create a dynamic soundscape. Guitar riffs punch through with vibrance as the energy shines through every chord and every word, yet the raw lyrics almost seem to contrast the exuberant energy presented sonically, as Bonnie Fraser sings “Sleep in the mess I made, wake in the empty space”.

A step away from the previous high-energy tracks arrives in the form of Cigarette Kiss, as the first verse delivers itself through an acoustic guitar and exposed vocals. Slowly building as textures gradually join, the chorus explodes in a whirlwind of frenetic guitar and crashing cymbals.

A lulling guitar riff introduces Lost My Cool, which details Bonnie’s anger at a past love with scathing lyrics such as “Found out you’re full of shit, why don’t you swallow it?”. Presenting an openness within these lines, it puts into words a feeling that all of us would have experienced at some point. In this way, listeners are able to listen to Bonnie’s experiences whilst moulding the lyrics to fit their personal context. Continuing with Toothpick and Burn In The Afterthought, the tales of a failed relationship is carried forward in a way that remains intensely intimate yet completely relatable for the listener.

Clay sees a feature from Creeper’s Hannah Hermione Greenwood, and tinged with the sweet sound of a ukulele, it’s a charming track that you can’t help but fall in love with. Finishing with Roses, it’s a rousing end to a magnificent album that reminds you “We need more than self-reflection”.

Brimming with self-awareness, the debut from Stand Atlantic sees them making music way beyond their years and serves as a powerful introduction to the band for those who are not yet familiar; make yourselves familiar because they are sure to be a household name for pop-punk lovers.