War Child BRITs Week Together with O2 returns for its fifth and biggest year.

London will once again play host to a plethora of artists through a number of special gigs taking place between 11th and 22nd February around the BRIT Awards.

The 1975, Anne-Marie, Bring Me The Horizon, Jake Bugg with Jade Bird, Tom Odell, Mabel, IDLES, You Me At Six, AJ Tracey, Nick Mulvey, Enter Shikari, DJ Semtex and Frank Turner are announced to play intimate shows for BRITs Week with War Child, Together with O2.

The prize draw is open now and closes at 23:59 pm, Monday 4th February. To enter the prize draw and win tickets to see the artist of their choice music fans can make a £5 donation to War Child at www.britsweekwarchild.co.uk. To maximise the chance of winning, fans can enter as many times as they like. There will also be a limited number of tickets for sale from Friday 18th January.

A limited number of tickets for some of the shows will be available to buy exclusively to O2 customers via Priority Tickets from 9am Wednesday 16thJanuary. 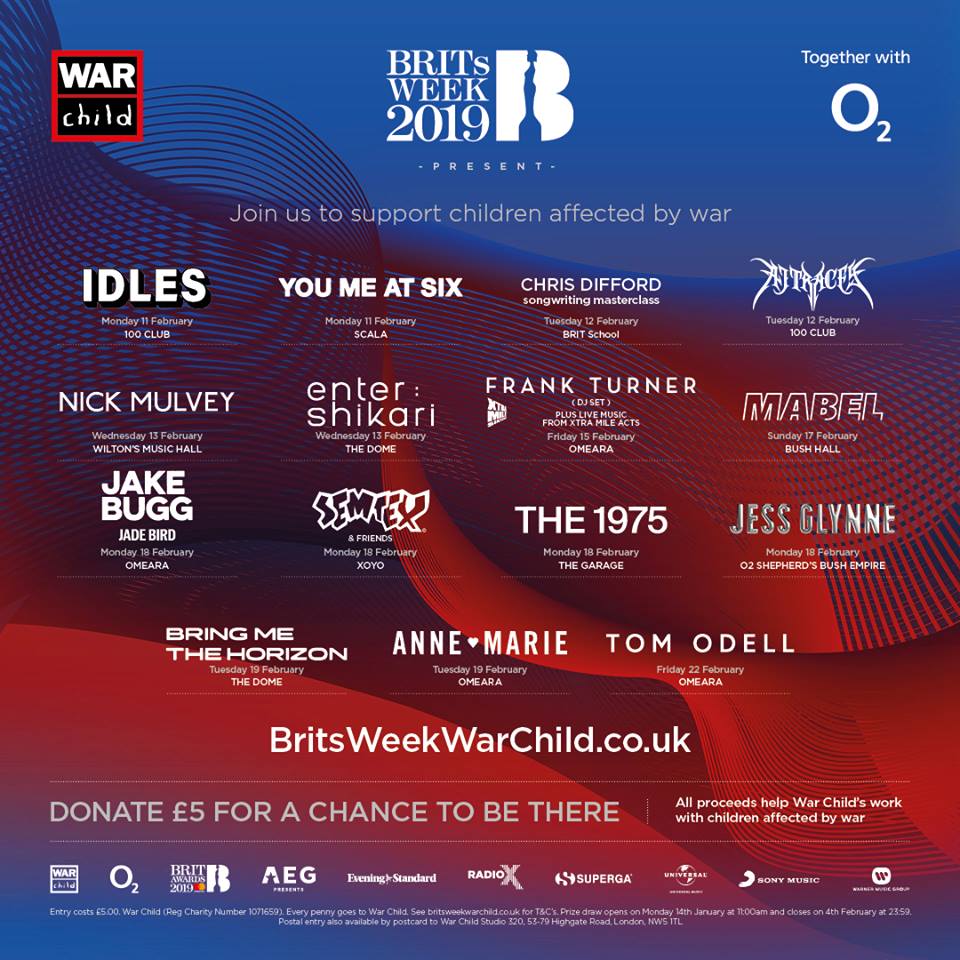