“All you have control of is right now. The present. Don’t get hung up on the past and future”, guitarist Nick Martin opens up about Sleeping With Sirens’ newest album and the return to their earlier, heavier sound. 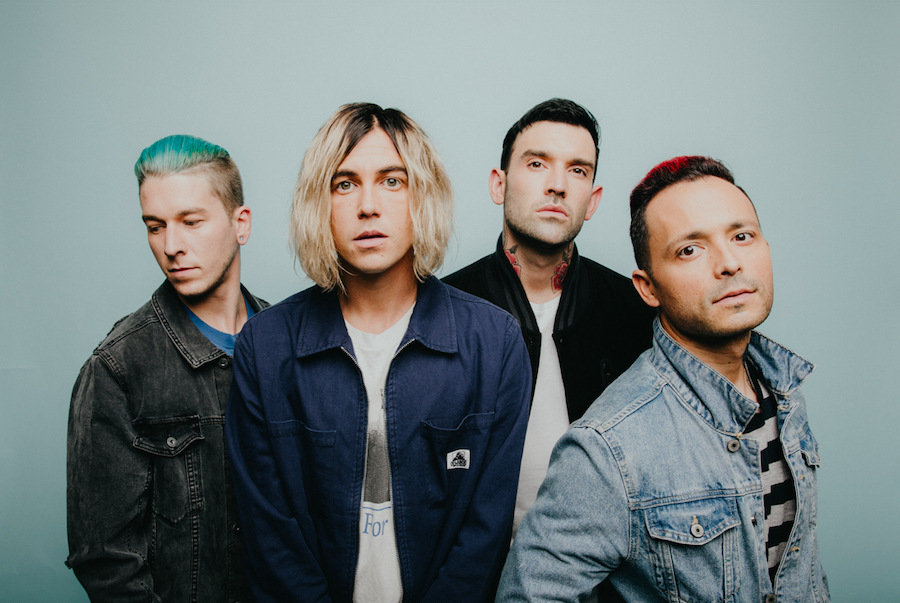 It’s common for bands to change sounds throughout their career, but to return to their initial sound and do so successfully is less heard of. However, Sleeping With Sirens isn’t just any band, and while the sonic direction of their newest album is something akin to their first few works, there’s a renewed sense of purpose and a fresh outlook that makes How It Feels To Be Lost so exciting. Standing in stark contrast to the band’s last album Gossip, which leans more towards a pop sensibility, guitarist Nick Martin explains that “There was a realization over the last few years that we are a rock band, through & through. That doesn’t mean we don’t love pop music or have influences of it in our work, but we like loud rock music, at the end of the day. That’s what we all grew up on and were inspired by. With the lyrical content and how we all felt personally, the music naturally came out heavier like our older works.“

This instinctive feeling is a strong feature of this album, considering how the album wasn’t even planned in the first place. Nick elaborates on this, “We really didn’t have the intention of going in to make an album. It just kind of happened out of nowhere while hanging with Zakk Cervini for a few days, which in turn turned into recording a full length. We had Matt Good come in along the way and did songs with him, as well. All in the same building.”

We are a rock band, through & through

Bearing this in mind, it unsurprisingly follows that the lyrical content of the album is something that comes from the heart as opposed to being something forced, and a listen to the album will reveal a candor that is sure to resonate with many fans. Nick confirms this, saying “With the album title, How It Feels To Be Lost, Kellin [Quinn, vocalist] really exposes what he’s gone through over the past few years, and you realize you’ve also gone through similar things which makes you feel like you’re not alone in this world. It sounds way more emo than I’m trying to come across at the moment. Haha. But really, as a band, we’ve gone through a lot over the past couple years, whether it be internally as a band, or just in our personal lives, and it’s all over this album. It’s a record that is very honest.”

One particular line that confirms the last remark can be found in Never Enough, when Kellin sings “I don’t fuck with anyone / I can’t be fake like everyone”. With no holding back on the scathing tone and no pretence of being something that they aren’t, Nick reveals that this line in particular is taken from day-to-day utterances. Nick shares, “When Kellin was writing the lyrics to Never Enough, he went in to do the verses in the booth and said, ‘Nick, I wrote this line inspired by you’, while he chuckled a bit. The line is ‘I don’t fuck with anyone / I can’t be fake like everyone’. I always say that I don’t fuck with anyone. And it’s not in a egotistical way that I say it. I’m kind to every human being that I meet. But, when I get bad vibes from people or from a certain environment, I don’t turn on the ‘fake’ attitude. If I don’t like something or someone, I just don’t fuck with it and I move on.”

It doesn’t strike as a surprise that Nick moves on when he meets something or someone that he doesn’t click with – after all, life is too short to get stuck on negative situations that you may not have a hand in. Nick emphasises, “All you have control of is right now. The present. Don’t get hung up on the past & future – two things you have no control of.” This message also feeds into the way one can interpret the album artwork, and as Nick acknowledges, “The beauty of our album cover is that it can be viewed by two polar opposite ideas. One way of viewing the album cover is the candle burning and life is slowly fading away as our problems persist and never go away. Another view is knowing the time you have on this earth, whether long or short, you view it as a positive that whatever life hands you, you make the best of it and the candle burning keeps you motivated.“

We’ve gone through a lot over the past couple years, whether it be internally as a band, or just in our personal lives, and it’s all over this album

Turning to lighter topics, we took inspiration from the line “If we could rule the world / How would we make it?” from Never Enough to question Nick on the first change he would implement if he ruled the world. He settles on, “For one year, you are required to travel to other countries to experience multiple cultures & other walks of life. I think it would limit the amount of ignorance & hate if people just realized we have to coexist on this planet with all cultures, races, & creeds. And that it’s ok.”

Bringing in personal preferences when responding discussing other lighthearted topics, Nick ponders which film How It Feels To Be Lost could be the soundtrack to, before settling on “Pulp Fiction. Because it’s my favorite movie.” As for what colour captures the band’s sound best, Nick reasons “Red. Because my hair is red.” And considering how music means “everything” to Nick, it’s not unexpected that Nick can confidently assert that he is currently living his ultimate dream.

When we asked Nick to pitch the album in one sentence, he answers, “I’m not going to pitch myself, just listen to our damn album or you’re a chooch for not giving new music a chance.” And we couldn’t agree further – you would be a “chooch” (as Nick so kindly says) if you passed on the newest Sleeping With Sirens album, because it is damn good and worth every minute of your time. So we suggest that you follow our advice and go listen to How It Feels To Be Lost, out now.