Introspective, intimate, and strikingly emotive, the third studio album from alt-pop sensation Gengahr finds the band stronger than ever. 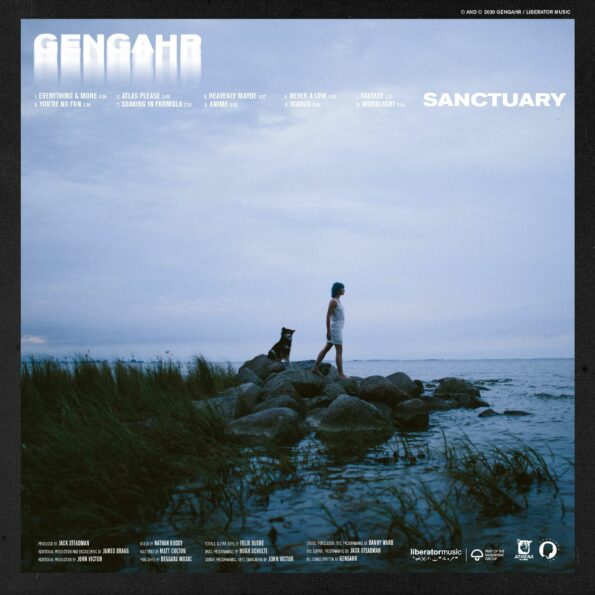 Following their previous works A Dream Outside (2015) and Where Wildness Grows (2018), the London four piece are taking us through an emotional and personal journey through their new masterpiece work which is set to be their best yet. Collaborating with Bombay Bicycle Club’s Jack  Steadman on the producer’s role, Felix Bushe, John Victor, Hugh Schulte and Danny Ward, made sure to focus more on just having ‘pure fun’ and reminiscing about those memories of recording their debut album.

Going through a very personal grief that was his own mother’s loss and finding himself stuck and lonely after his wife had to move across the world to Australia is what made Felix channel his pain in more than 60 new songs. “I was picturing myself as Odysseus in this captive journey where I was just trying to get back to where I wanted to be in life”, he explains.

Not being able to pass on an offer like this, the four piece came together once again and the recording and producing came quick, bringing us the stellar album starting off with their first ‘floor-filling’ single Everything & More. A powerful track focusing on the element of regret feeling lost and lonely, the funky groove gives the perfect first taste of what you should expect from the rest of the album.

Picking up where Everything & More left off, Atlas Place comes in, but this time with a more upbeat funky sound that will definitely get you off your seat with its atmospheric sound. Taken over by a catchy bass line and fun electronic drum beats, Heavenly Maybe is an impressive track that quickly resembles of Daft Punk and Tame Impala. Speaking of the single, Felix comments: “The song itself is essentially about going out and trying to forget about all of your troubles, and how ultimately problematic that is as a form of release.”

We are later treated to Never A Low. Highlight of the song? Felix’s heavenly high falsetto notes during the chorus which make you take a short pause on life, close your eyes, sit back and sink into the psychedelic beats of the track. “You got that weight in your eyes, I miss the wind and the wires, lost in the wake of it all, mind off the wall so”.

Gengahr are shaking up the waters and bringing something different to the table with album’s sixth song You’re No Fun which seems to evolve into different genres the more you listen to it. Unlike the rest of the album, we are introduced to a more fast paced rollicking sound, almost to the sounds of indie rock, which is soon replaced with EDM beats keeping you constantly on your toes.

The band continues to surprise us as we are introduced to the last song of the album, the warm, gentle and heartfelt Moonlight. The song which surprisingly remains calm and easy-listening throughout, sounds like the perfect soundtrack to your summer nights with  heavenly shaker sounds in the background and delicate guitar string notes, making it the perfect end to a tale that is, Sanctuary.

“I feel very confident it’s the best album we’ve made. As a songwriter I’ve developed, grown and have a better understanding of my own ability, of my own range”, says Felix and it definitely marks the record their most personal to date; a record which you’ll want to pick up from your shelf again and again.