Yung Lean brings his drawings & dreams into life in a trippy vibrant music video for his latest release Boylife In EU. 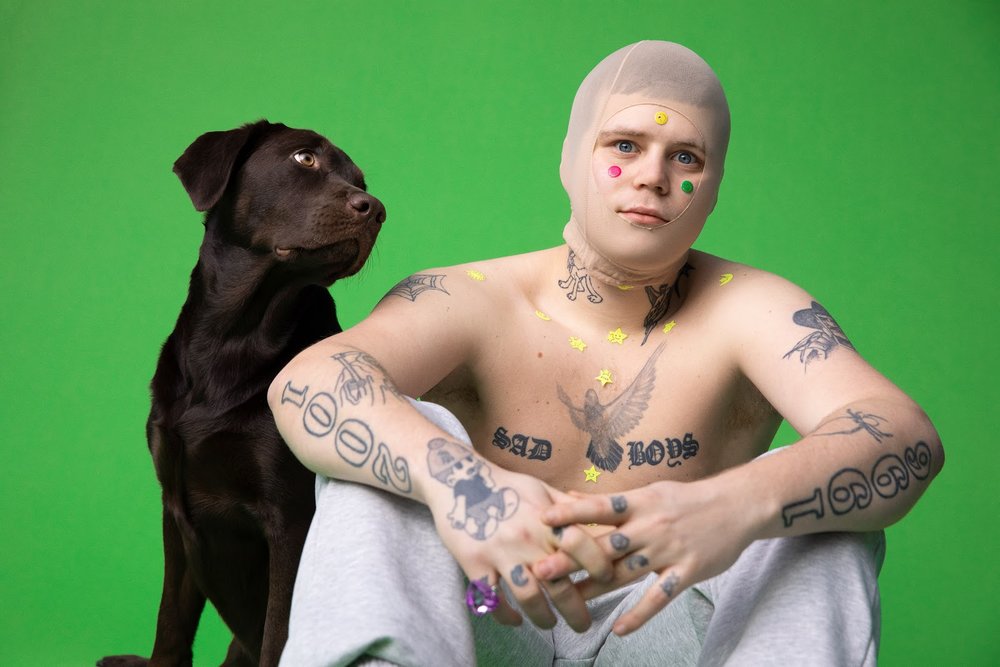 Only a few months after his latest release of melodic single Blue Plastic, the Swedish rapper emerges stronger than ever and proceeds to consistently reinvent himself in the most dynamic way with his newest work, Boylife In EU. At only 23 years of age, Yung Lean remarkably manages to once again deliver the unexpected, sticking to his own original psychedelic sonics that unintentionally create a new genre of music that he well deservingly enthrones.

“Touch me, decompose me / Heal me, don’t you want to see the real me?”, forcefully asks the rapper as he narrates his journey of triumphs and tragedies and the constant attempt of finding redemption in the past six years of his life. Relaxing but at the same time equally chaotic, there’s something rather mesmerising about the sonics of Boylife In EU that keep making you want to reverse and have another listen – is it because of Lean’s soothing robotic vocals or because of the atmospheric synths in the background?

And what a better way to visualise his thought process than bringing his own personal drawings & dreams into real life in a vibrant, over-saturated, playful visual adaptation depicting the surrealistic journey of his paranoia and his mind’s abstract interpretation of the title track. Watch the music video carefully as it’s full of hidden gems and messages that you’ll need to debone really attentively to  truly capture Lean’s growth as an artist.

Alongside the release of his newest track, the rapper has also announced Underplay Tour which includes a London show on the 30th of March at Village Underground.