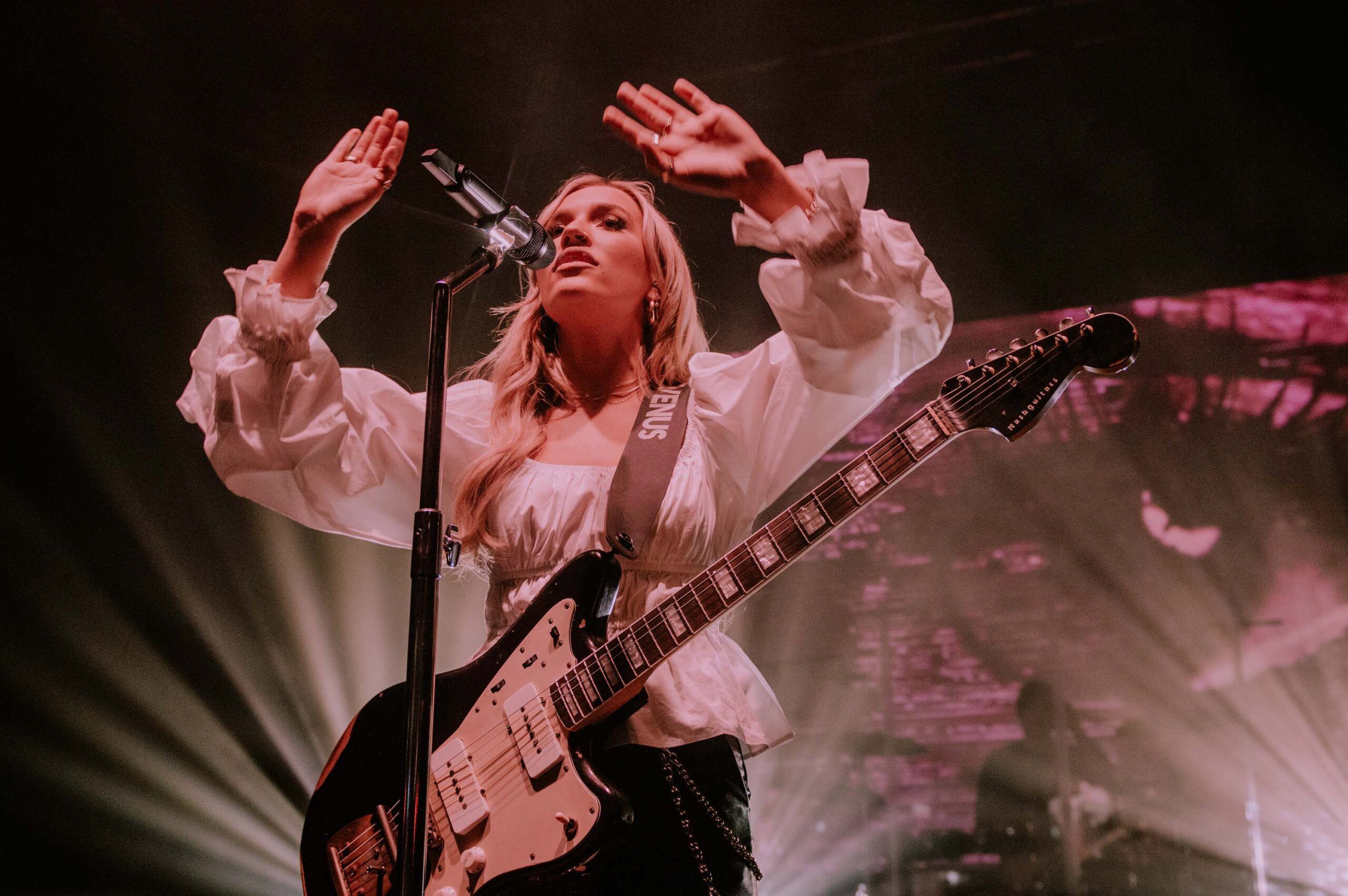 It wasn’t a long time ago that my friend shared one of his Spotify playlists with me and one of the artists that stood out the most to me was that of Lennon Stella‘s. Without having any knowledge on her background, her captivating vocals on Like Everybody Else were enough for me to quickly jump on Google and further research her to discover more of her music. Soon enough I found out that Lennon Stella rose to fame when she was only 12 years old alongside her sister Maisy as a musical duo Lennon & Maisy through their YouTube covers that escalated to both of them starring in US TV smash Nashville.

Fast forward to today and the Nashville-based singer is on her first headline UK tour including two sold out nights at O2 Shepherd’s Bush Empire. Lights go out and ‘Lennon Lennon Lennon’ screams get louder and louder as the intro to Black Light drops and Lennon storms on the stage more grateful than ever alongside her guitar.

The stage is brought to life in orange and pink hued lights and minimalistic beautiful floral and smoke visuals in the background as Lennon’s heavenly vocals are more than enough to fill the stage to its maximum potential. The energy levels are kept to the roof from the first to the last row throughout the evening, even when Lennon takes every opportunity in between performances to share her thankfulness over everyone’s presence. 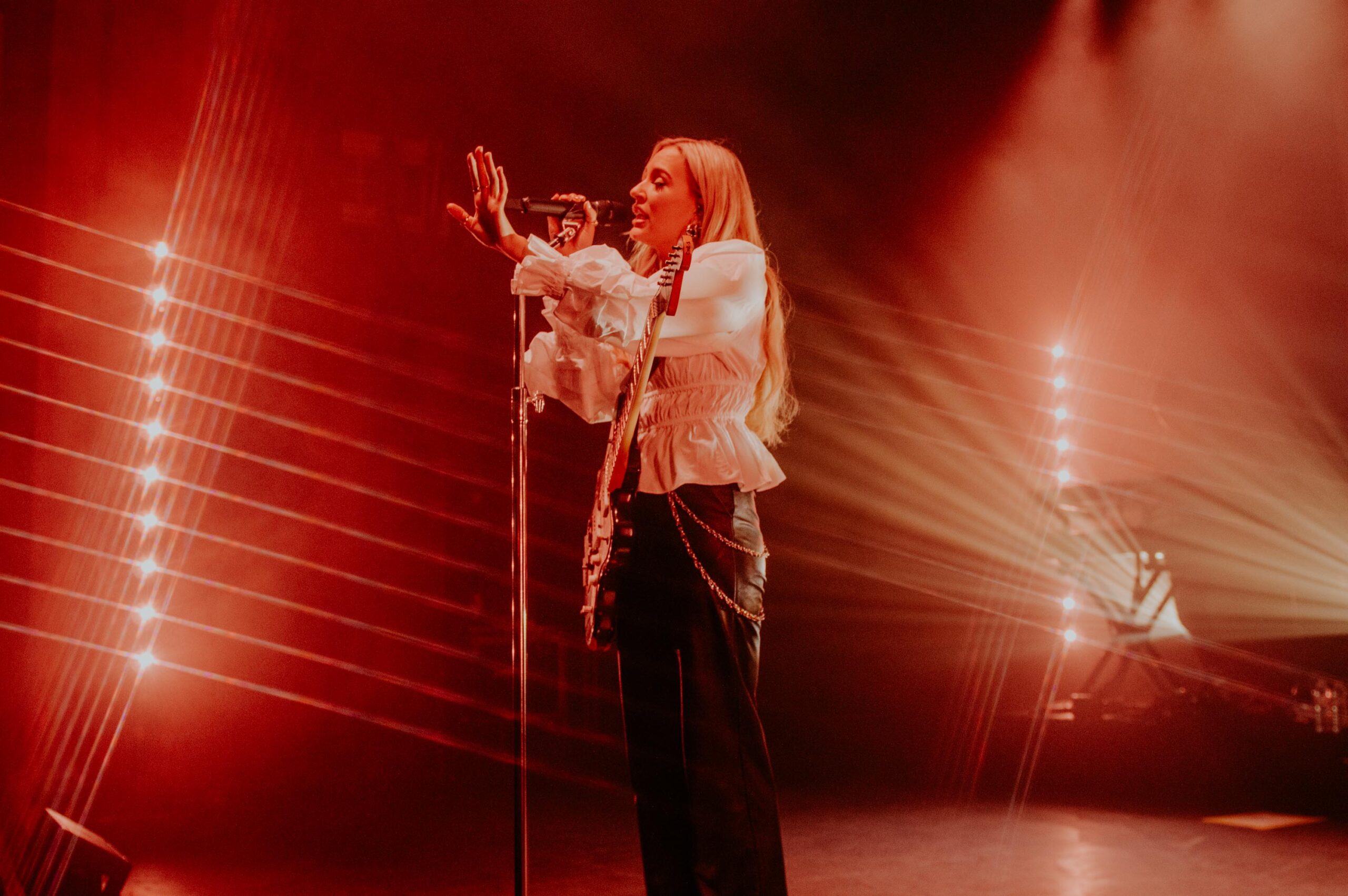 Not missing any tracks from her 2018 debut EP, Love, me, everyone in the crowd doesn’t miss a chance to proudly sing along to La Di Da and Feelings, but also continue to jam along to unreleased songs such as Die Average, Paperweight, Fear Of Being Alone and Huey Lewis. The setlist is a perfectly balanced mixture of anthemic bops and heartfelt soundtracks while Lennon is a carefree joy that charmingly dances from one corner of the stage to the other and isn’t afraid to step closer to her fans making it the perfect intimate gig experience for everyone.

Showcasing her pure natural talent skills and proving to everyone that she is destined to be where she is, Lennon jumps behind the keyboards for a melancholic version of Cyndi Lauper’s iconic Girls Just Want To Have Fun, that elapses to her breakthrough hit Like Everybody Else. The soulful track is without an argument the highlight of the night and the reason I am in the venue in the first place. At this point I’m in desperate need to take a step back and let the lyrics that exceptionally capture the beauty behind pain just sink in. Lennon’s divine vocal performance manages to bring the song to another level than the one I first listened to through my earphones a few months ago.

Finale comes with a beautiful Goodnight kiss that leaves everyone with a sweet aftertaste in their ears that makes you realise that Lennon’s infectiously catchy hooks and fierce angelic stage presence will be back very soon in a undoubtedly much expanded form. 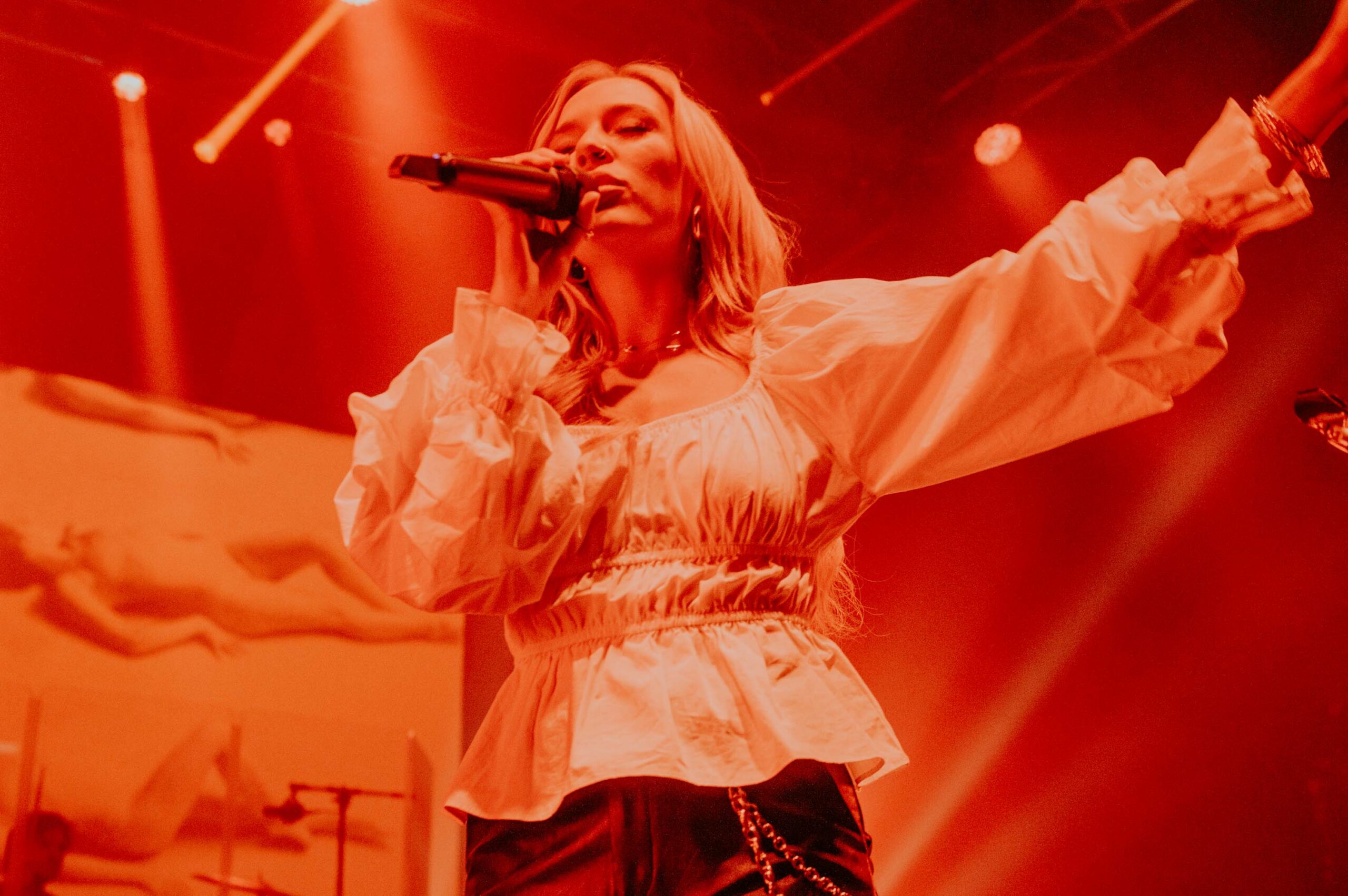 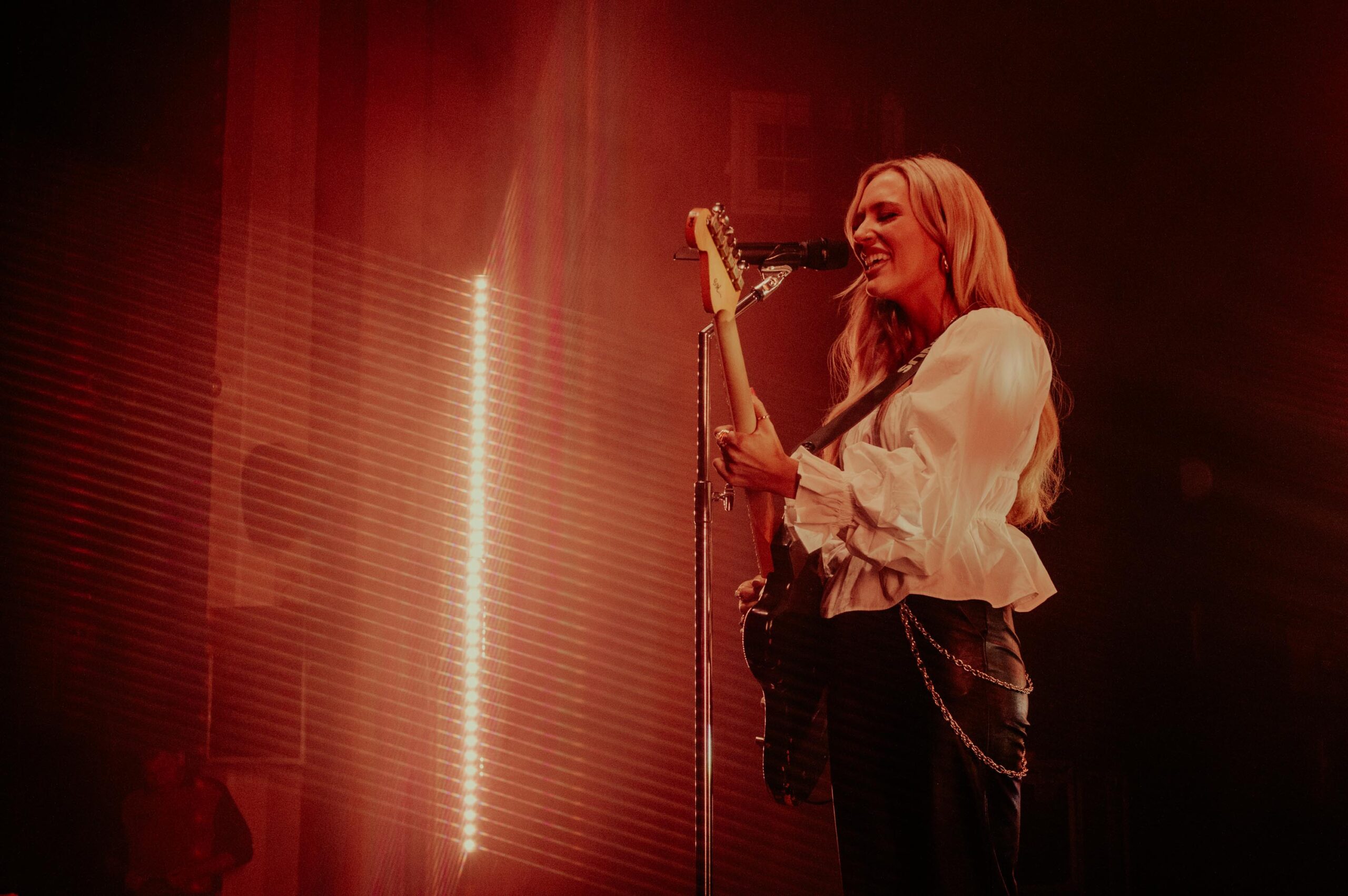 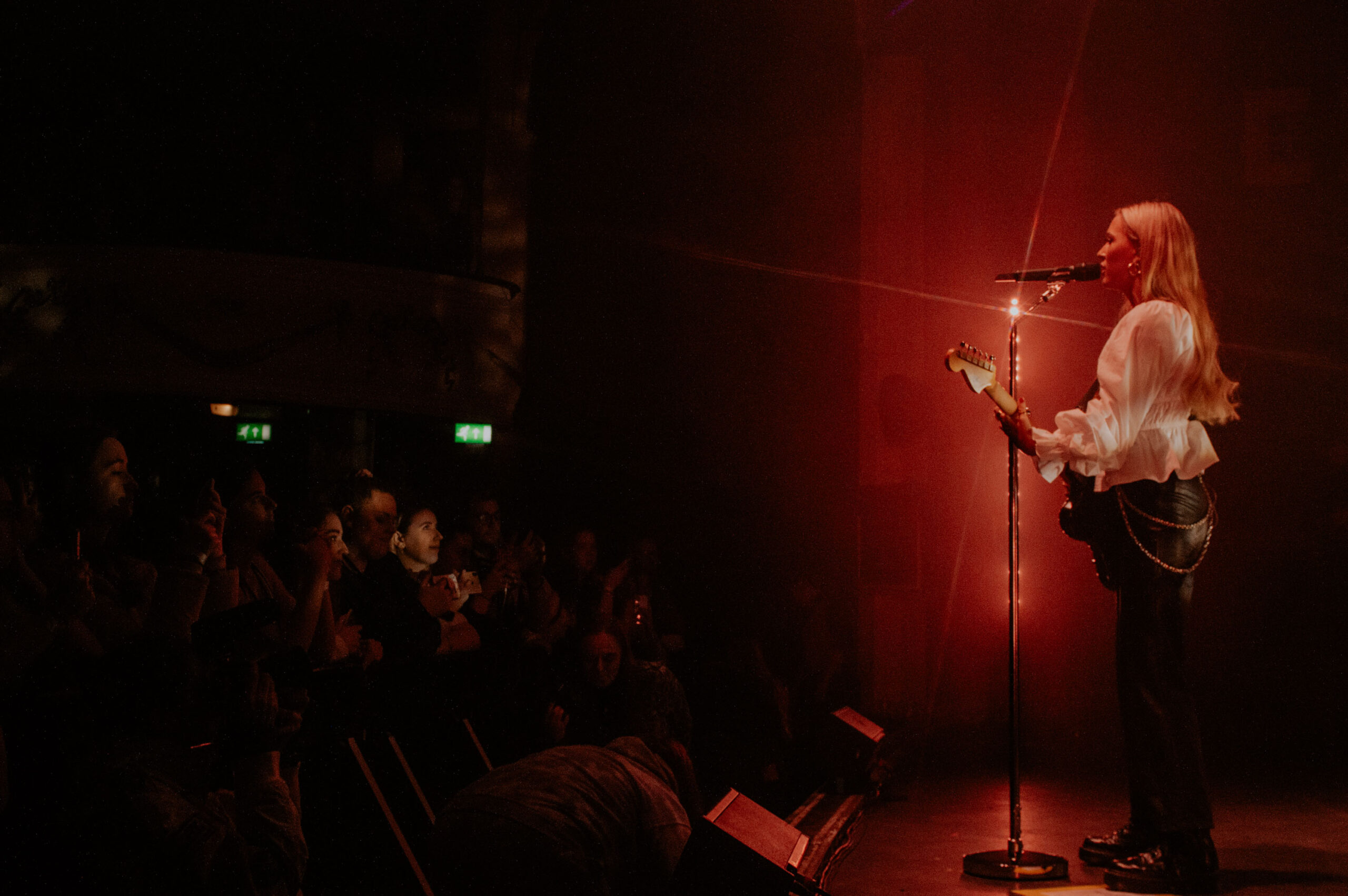 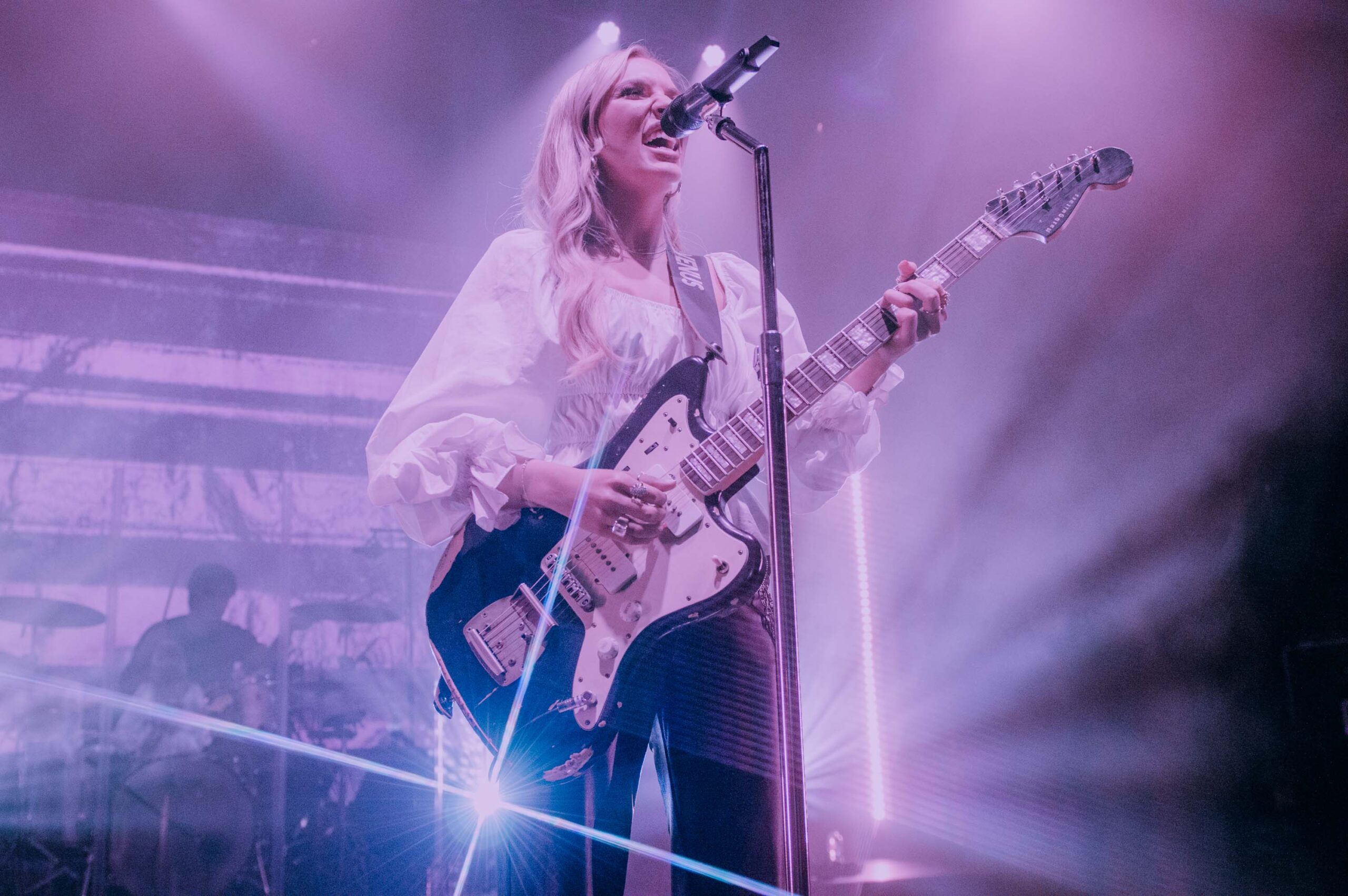 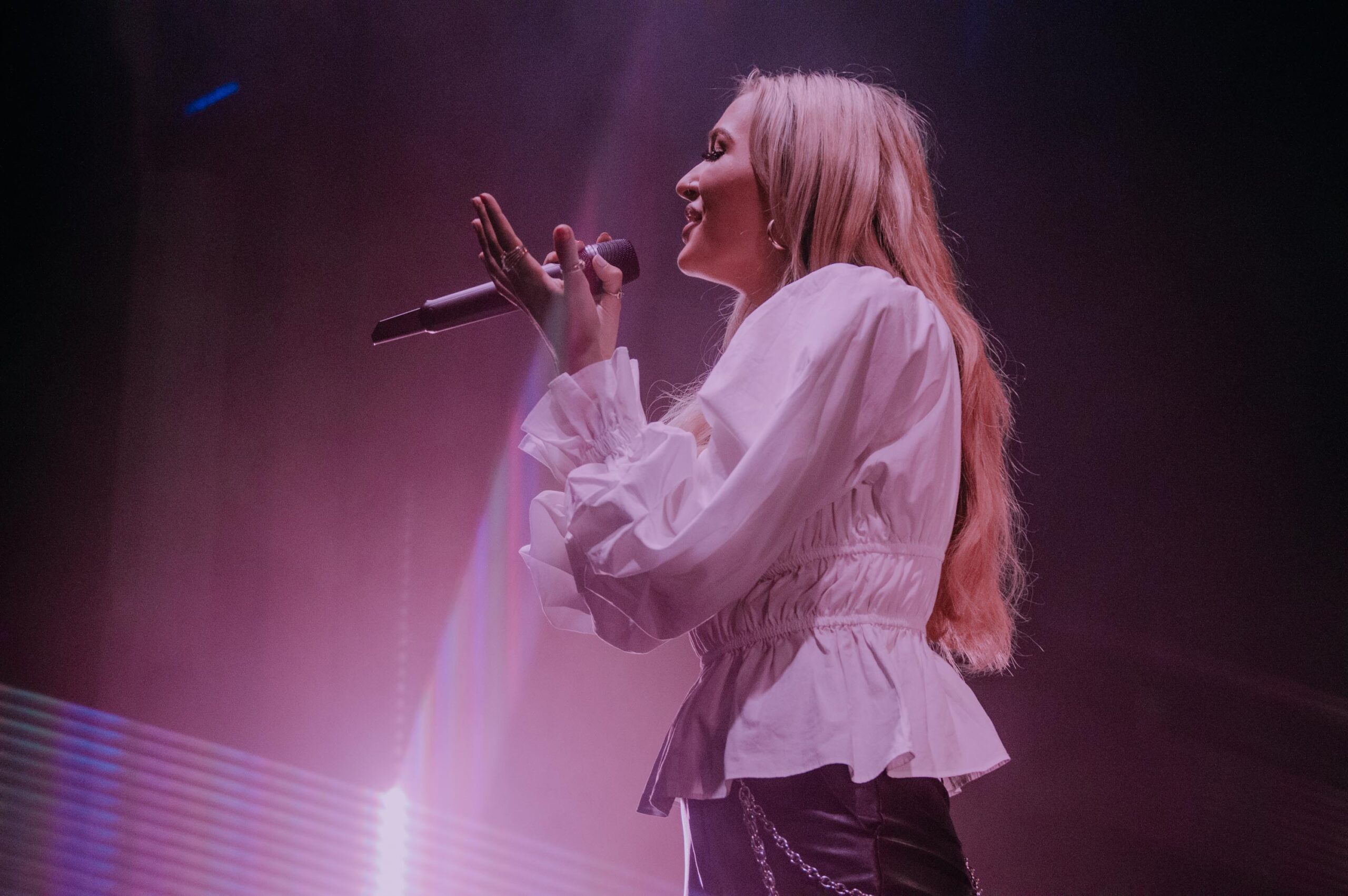 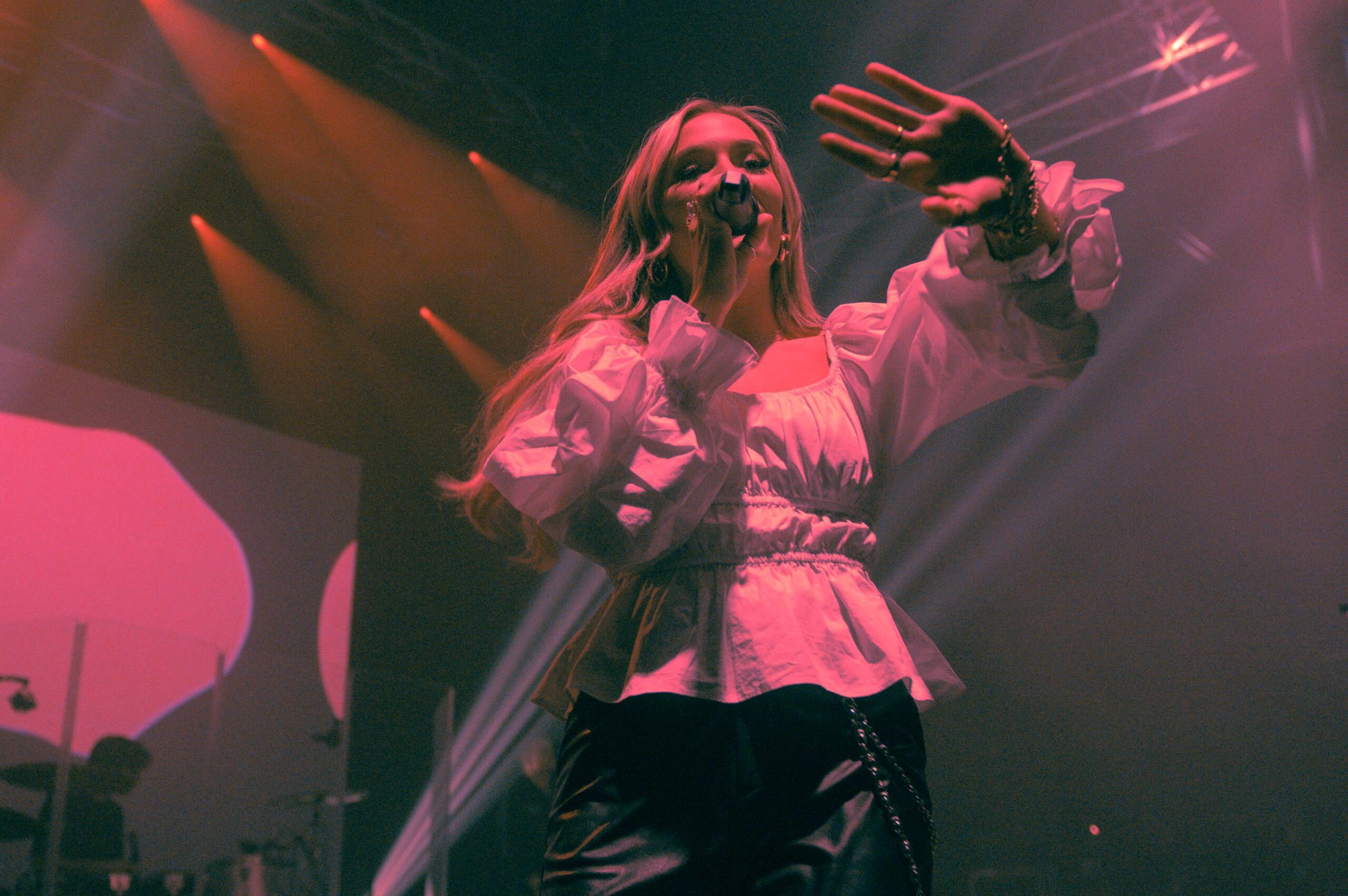 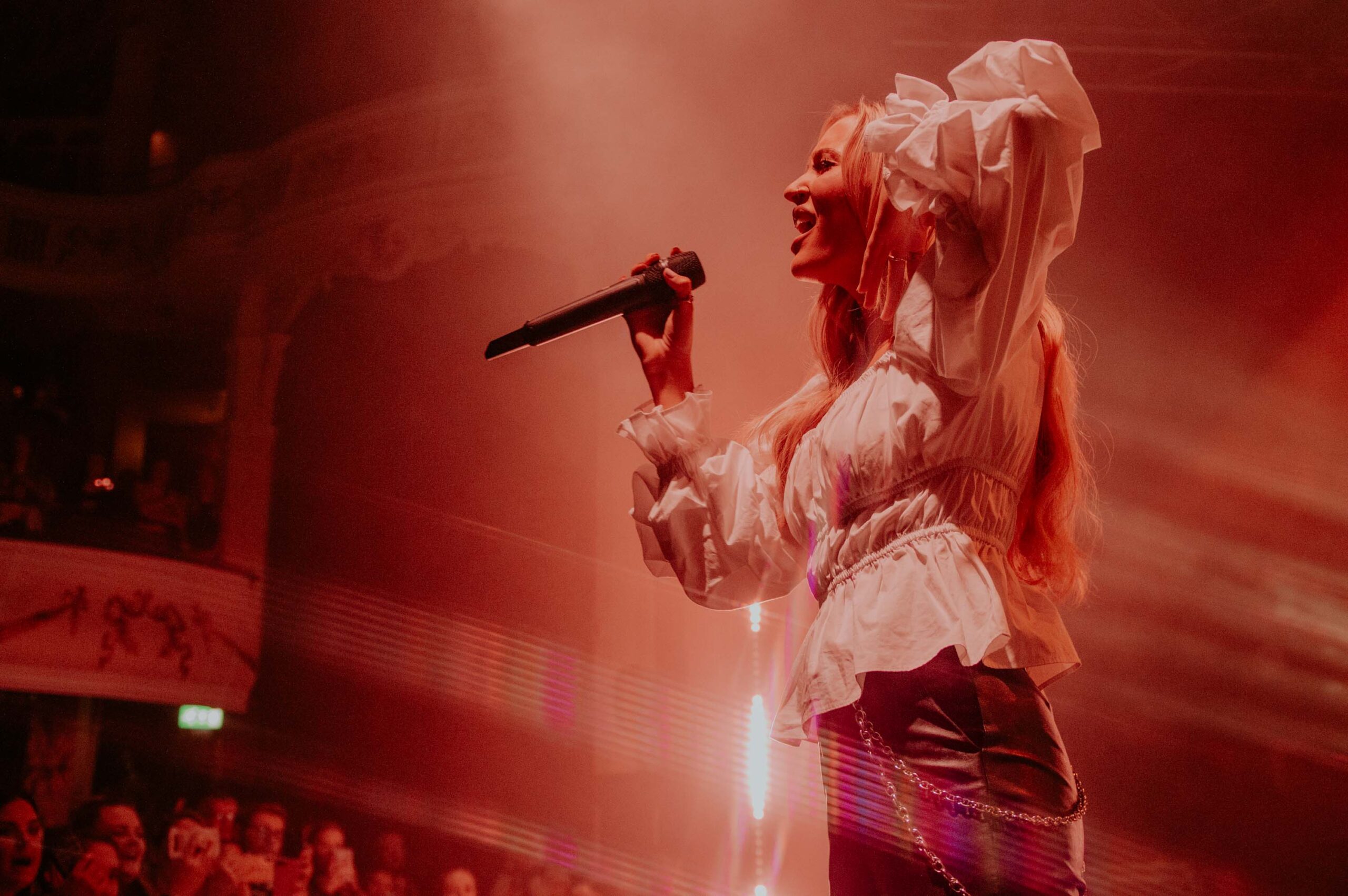 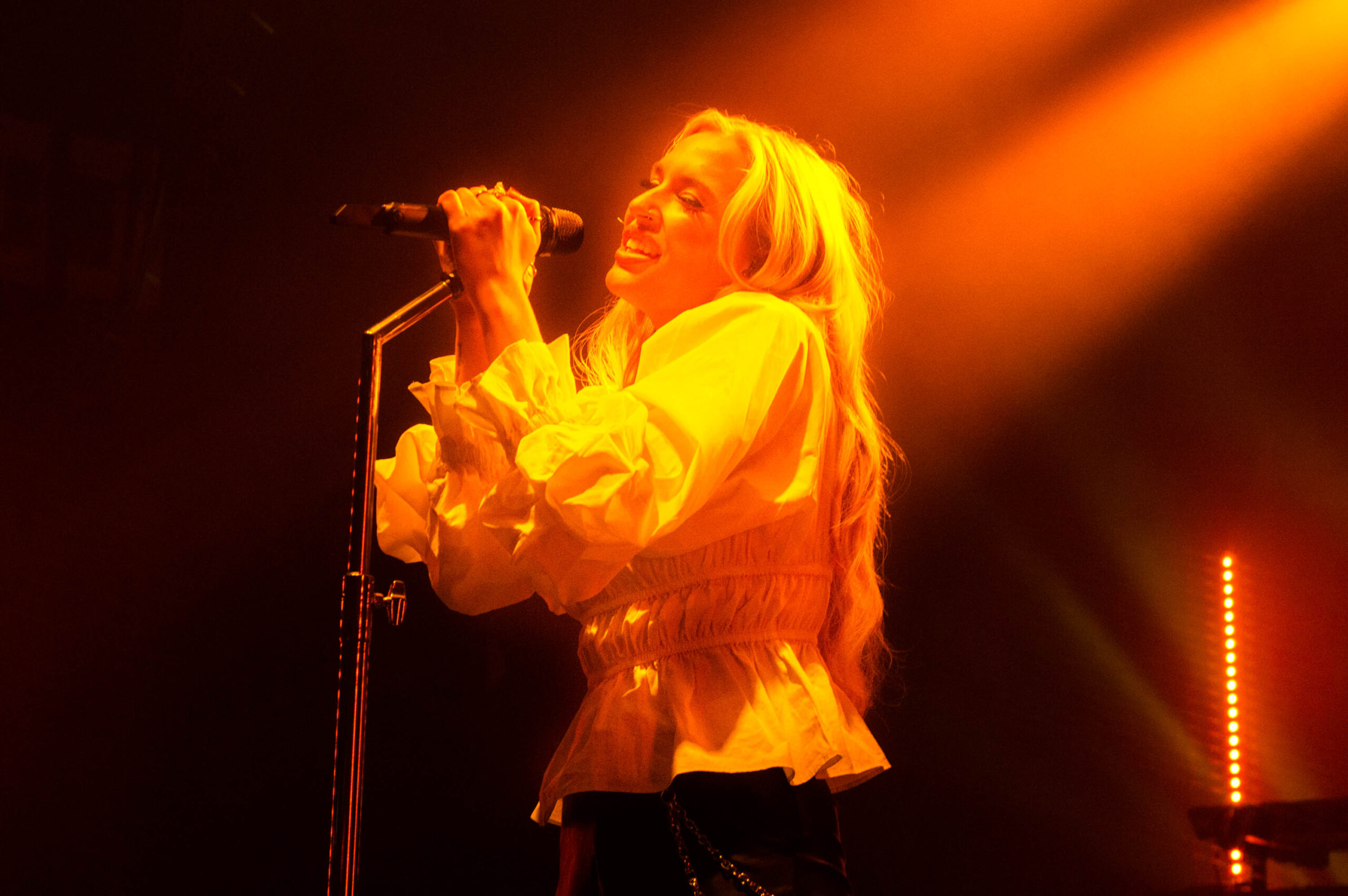 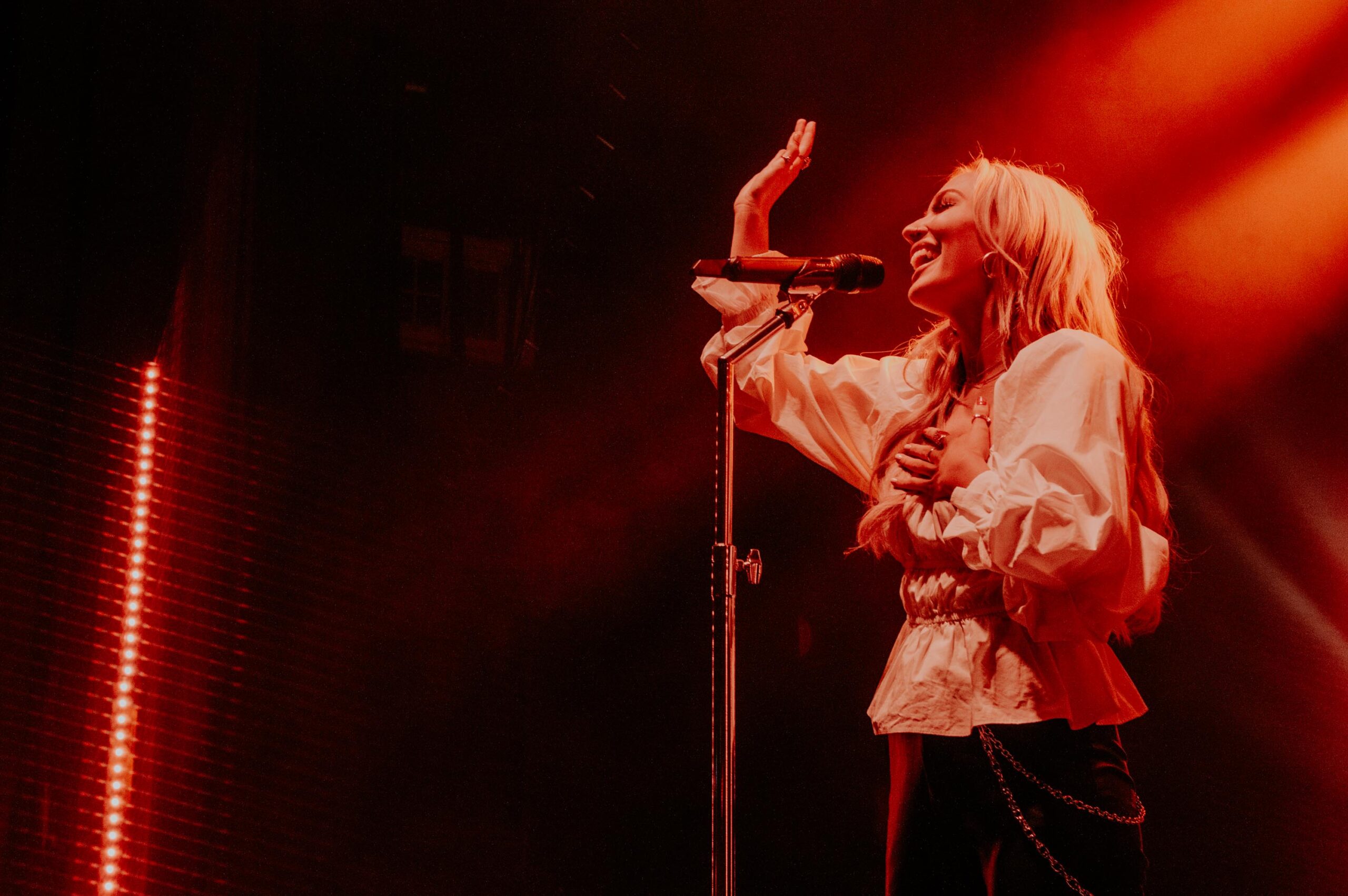