Through a chaotic cacophony of sound, distortion, and uncompromisingly bold messages that can truly define a punk album, Boston Manor step away from the band of old with the release of GLUE, choosing to focus on one finite goal: to make people angry. 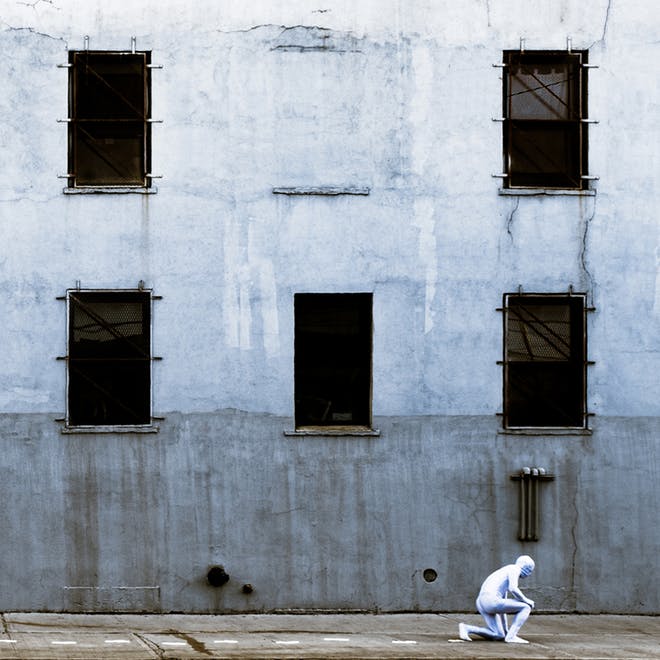 After months of hype, Boston Manor‘s much anticipated release GLUE is finally hitting airwaves. A protest album from start to finish, the UK punks set out with one aim: make people so angry about the state of things that they start questioning what they can do to make a difference. That passion and drive are largely felt across the board through the heavy punk vocals, lyrics, and rowdy instrumentals.

The lead single Everything Is Ordinary opens GLUE riotously, debuting the new sonic direction for Boston Manor. Although abrasive, the hook snags you and remains one of the standout tracks on this record. Similarly, the loud You, Me & The Class War has a catchy scream-heavy bridge: “This ain’t love, this is a class war.” The ire in the bridge is built upon continuously until we are sent cascading back to the weary refrain that comes with asking the same questions.

While much of this record is emo-punk, there are several tracks like the last single released, Plasticine Dreams, that are genre-defying. While you still hear the high-energy guitars and drums that grace much of this record throughout the chorus, the overall tone is much poppier and palatable to the average listener or fans of the Boston Manor ‘Laika’ era.

Mental health is a major topic explored on GLUE. The atmospheric Terrible Love is an emotional self-examination. As one of the calmer tracks on the record, the agony is palpable in the looping guitar strains and needy vocals. The opening line “I’m an oil stain on the world” conveys how desperate and negative self-image can get. On the opposite end of the spectrum sonically, Only1 is a fast-paced, rage track that further sheds light on the struggle of mental health. “Finding it so hard just to get out of bed. I just can’t wake up & I wish I was dead” is one of many lines that evoke the difficulties in dealing with depression and anxiety.

Toxic masculinity is another hot-button issue on this record. Stuck In The Mud, like the previously released On A High Ledge, is another emotional appeal to the masses to stop pushing these dangerous ideologies. Lyrics like “Just keep it in, just keep it safe. Don’t tell them how you’re feeling, they’ll look the other way” and “Now I’m twenty something & it’s not okay. Be a brave soldier & find your own way” showcase the struggles men go through when indoctrinated by society’s ‘masculine’ standards. Where On A High Ledge embraces a haunted, distant sound, Stuck In The Mud goes the route of a piano-infused slow song. It is one of the songs where the vocals are truly emphasized and focused on – a change of pace from the rest of GLUE.

One of the most vital songs on the whole album is the chaotic and lively “rally cry” 1’s & 0’s. From “I’m doing my best just to get through it” to comments on self-image and the media to the defining message of the age gap causing aggressive post-Brexit/post-Tory divides, 1’s& 0’s is a song that sums up a lot of the messages heard on the record. The only problem is, you have to get through a thick layer of distortion to hear it.

GLUE is a record that you want to like because the messages at its core are vital. It’s messy and unrefined, drawing the attention away from those messages at times. But, in true punk form, it’s like they say in Monolith: “Hey you, fuck you, too. I’ll do what I want when I want to,” Boston Manor have certainly done what they wanted with GLUE, creating a unique experience for listeners across the board.