Coming into summer 2020 hot with their fast-paced, electrifying new single Forwards Backwards, Northampton’s Sarpa Salpa have once more built upon their budding reputation in the alt-pop scene. 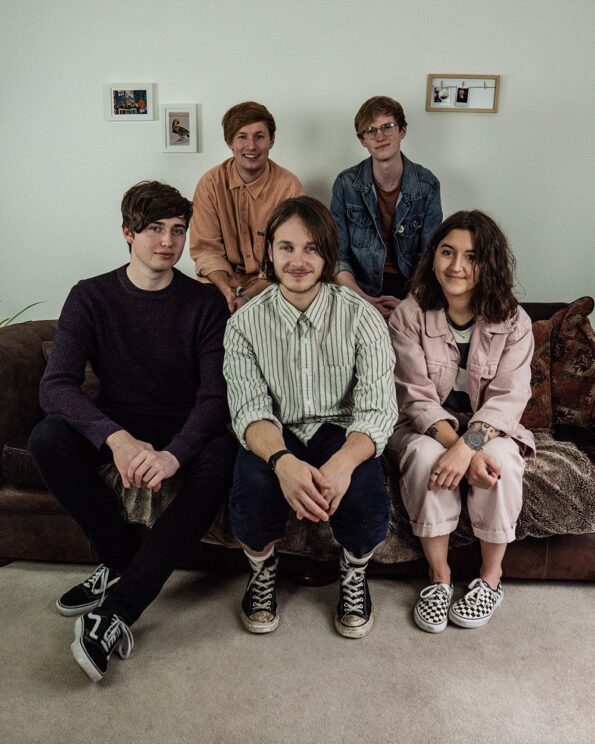 Forwards Backwards was destined to be played on a massive stage with sunglasses on and a crowd of bodies bumping against each other. Initially due to premiere during their headline slot on the BBC Introducing Stage at The Great Escape Festival this week, Sarpa Salpa gracefully did not hold out on what appears to be a huge summer tune. With robust guitars and drums, an infectious hook, and an overall high-energy, Forwards Backwards is an easy track to lose yourself in. Add in a funky 80s-inspired bridge that is vaguely reminiscent of Relax by Frankie Goes To Hollywood and Sarpa Salpa have a hit on their hands. Sporting a runtime under three minutes, the only sad thing about Forwards Backwards is that it goes by too quickly.

The song is about remaining in the present and not dwelling over the past too much, nor fearing the future! Just being in the now. “It’s easy looking backwards” referring to the desire to hold on to memories and waste our time in the present. “The future’s coming but it’ll never arrive” commenting on how you can never get to the future as it moves at the same speed and we only ever live in the now. It’s almost a reminder to myself to appreciate things more.