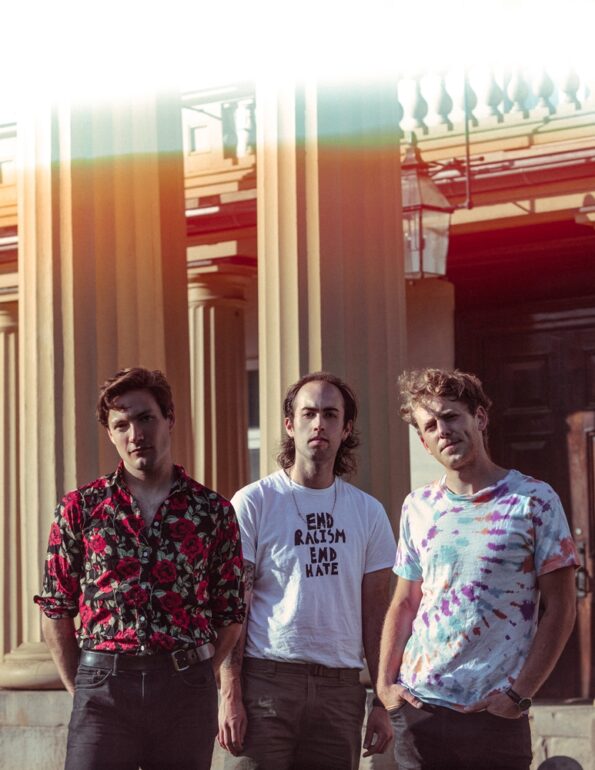 Putting the finishing touches on their next album, the JUNO Award-winning group has served us a first taste of their new material in the form of a rock-blasting new single, Done With Drugs.

In their signature rock ‘n’ roll glam, The Dirty Nil once again bring their uncontainable energy to the forefront. Soaring with the adrenaline-charged rush of gritty guitar riffs, groovy bass lines and prominent drum work, Done With Drugs hits with a passionate vocal performance from Luke Bentham. A reflection on the significant life changes and the singer’s imminent entry into his 30s, the track finds the band incorporating strong pop sensibilities into their new efforts, as the singalong chorus and tongue-in-cheek lyrics burst into an arena-worthy glory.

At this time in my life, I see a lot of people who are trying to stop doing cocaine or stop drinking rivers of liquor, or stop eating lots of shitty fast food. On Facebook, I see these posts from people declaring, “I’m done with this!” – they’ll have a six-paragraph post about how they’re changing their lives. I’m definitely not against self-betterment, and I’m not trying to make light of anyone’s struggle; I’m just kind of amused and fascinated by that whole aspect of social media. Like someone will post, “I’m done drinking coffee!” Okay, well then just stop drinking coffee – you don’t have to try to stop the internet for the day to tell everybody that you’re done with Maxwell House! I find that funny, and somewhat narcissistic. But that’s just my opinion, and I’m kind of an asshole!

We were on tour with White Reaper and I don’t think I would’ve written that riff if I wasn’t hanging out with [their guitarists] Tony [Esposito] and Hunter [Thompson]. They had just played with The Killers, so everyday we were always playing the “Mr. Brightside” riff together. I think that opened my mind to stadium-rock cheese, even more so than before. There are songs on this new album that are much heavier than this song, and then there are songs that are a bit more vulnerable than this one – so “Done With Drugs” is kind of an outlier in the fact that it’s in the middle of the spectrum.