Anthemic, cathartic and rebellious, metal heavyweights Bury Tomorrow take a very personal approach to their new album Cannibal, as they take a deep dive into vocalist Dani Winter-Bates’ struggles with mental health to remind us we’re not alone in our journey. 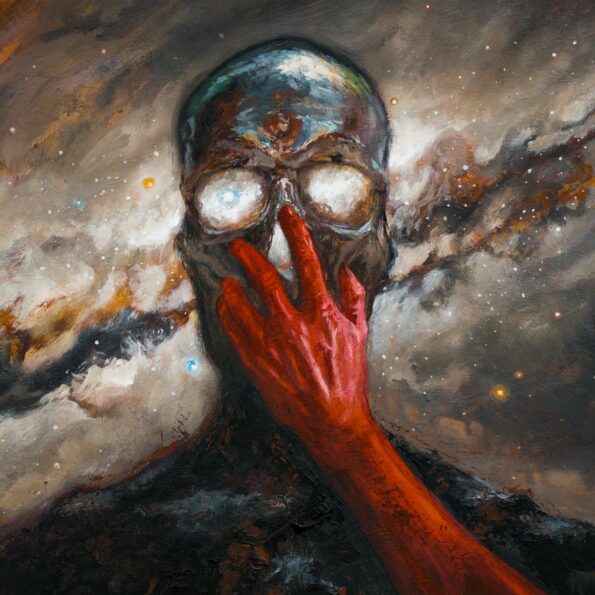 Following pre-released tunes such as the straight shooter Better Below and intoxicating title track Cannibal, it is safe to say we had high expectations of Bury Tomorrow’s sixth album and we were not disappointed. Thematically rooting deep into Dani’s own struggles, it comes as an unadulterated and brave confession of the vocalist’s mental health journey, as he takes control of the narrative and pushes himself to stay completely honest and unapologetic in his lyrics throughout the record.

“This album is for me as well as for the fans,” he says. “It was a cathartic process to address some of the darkest moments I’ve had in my life. For some people it’ll be a hard listen. But I thought I have to do this, if I’m going to go in, I’m going to go in. I’m not doing something half arsed. There is nothing lyrically I would change on this entire album.”

The album kicks off in full force with the powerhouse track Choke, debuting with assertive guitar riffs, commanding drums and aggressive vocals, all to capture the unyielding will to free one self from the overbearing pressure of one’s own mental struggles. While this focuses only on the internal shackles, Cannibal frowns upon the generally passive, oblivious and selfish attitude that most seemingly take in front of the world’s adversity. “The term Cannibal refers to being eaten away by your own thoughts but also eaten away by other humans,” Dani explains. “We’re not kind to ourselves, let alone kind to each other.”

The Grey (VIXI) takes a step further and declares with a combative and rebellious attitude that it won’t stay and suffer anymore, but instead fight for its freedom, willingly leaving the oppressive past behind in order to achieve liberation –  this is easily my favourite tune on this album. Keeping up the disruptive attitude, Imposter and Better Bellow focus on and condemn superficiality. While the first aims its critique at the world, Better Bellow chooses an introspective approach and cuts straight to the chase from the first lyrics, with a frank and concise confession of a wretched soul, continuously looking for an identity. It captures wholly the whirlwind of feelings and the fluctuating tension one is constantly under, as it smoothly transitions back and forth between moments where the heavy drums and alert guitar riffs take the forefront and moments where they succumb to support the wholehearted vocals.

Completely dismissing the idea of an intro, The Agonist kicks right in with explosive vocals complemented by blasting instrumentals from the first decibel and continuously releases aggressive, unleashed anger throughout the song, turning it easily into the heaviest tune on the album. Quake tones down the antagonism a bit to make room for dramatism and comes across as a defiant cry against the surrounding oppressors, while Gods & Machines explodes into an undeniable battle anthem against the social media and its poisonous nature.

Alternating dramatic yet sincere tunes focused on introspective scrutiny, with defiant, rioting songs making a disruptive stand against the status quo and advocating liberation, Cannibal comes as a masterfully balanced album. Keeping an overall empowering, inspiring and, dare I say, healthy tone behind all the ‘noise’, Bury Tomorrow flow seamlessly through various themes and perspectives, conveying clear messages song by song. And speaking of ‘noise’, the impeccable and powerful vocals, remarkably dynamic guitars and heavily imperious drums are not only going to captivate and leave a mark on anyone who listens, but are also bound to place the album in the top of this year’s metal releases.