Band Of The Week // DAYSORMAY

Confronting you with some hard-to-ignore questions, daysormay offer a fresh re-evaluation of life in their pressing new single Running. 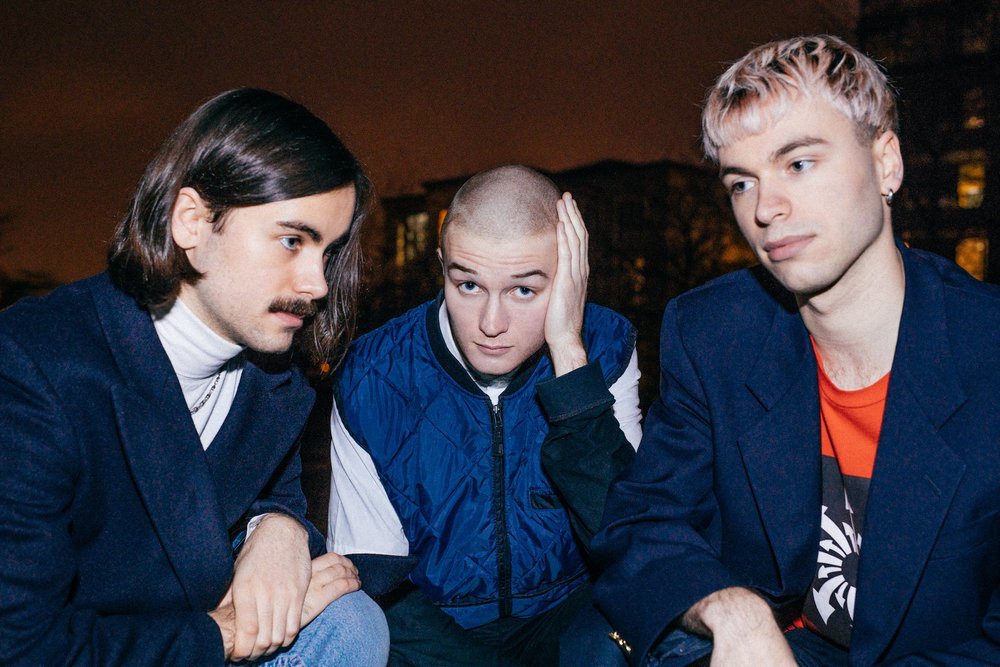 Canadian alternative trio daysormay have had quite the year in 2019; they found an unexpected fan in Tessa Violet, who they subsequently collaborated with on their single Role Model and opened for on tour. They were also introduced to Tessa’s team at T∆G Music, with whom they are planning to release an EP, and with this fresh wave of support, they continue their upward drive with their pressing new single Running.

Running is a track that has all of the components to make it stick with listeners for a long time: introspective and thought-provoking lyrics, an organic build that will keep you on the edge of your seat for the track’s duration, and innovative instrumentation that builds an irresistibly catchy sound. Asking you questions such as ‘Are you here because you need it? Are you here because you want it?’, it propounds a reflection upon the way we are living, and whether or not we are doing what we want to or if we are just continuing out of a sense of obligation. Although such questions are never easy to answer, having them presented in such a sonically accessible and mellifluous ways makes it a bit more desirable to face them instead of trying to will it away.

We chatted a bit more with the trio, formed of singer Aidan Andrews and twin brothers Carson and Nolan Bassett, about their own raison d’être and motivations for life.

Nolan: daysormay/désormais. Our band name has in a way turned into our motto. It’s a French word that means “from now on”. We never want to be static in how we sound or how we present ourselves, always looking to the future.

Aidan: Right now, it’s International Klein Blue and like an off white/gray. The next batch of songs that we’re working on at the moment are red and industrial.

If you could set Running to a TV show or movie, what would it be the soundtrack for?

Aidan: That’s tough. Often when we’re writing I get visual ideas from the songs, but I don’t remember much about what Running looked like to me. I think it could be a soundtrack to footage of Vernon, BC, our hometown, that would be fitting for me.

Carson: I think Running could be put in a bunch of TV shows or movies depending on how you take it, but maybe the Truman Show would be the most accurate for me because he is really trying to find meaning in his simple and repetitive life.

Aidan: Good question. As of today I feel I’m in between those two. I think I could be working more proactively at the moment, but if you asked me that tomorrow I’d probably have a different answer. It’s a tough thing for me, that’s why I wrote a song about it.

What are the things that are the most meaningful to you, and drive you to act?

Aidan: Remembering that I’m going to die always drives me to act. I try to always remind myself that I don’t have unlimited time. It’s kind of morbid but it’s a good motivator.

Nolan: Pretty much just the fear of failure and that I really don’t have anything else that I want to do with my life. That keeps me moving.

What would you say has been the most meaningful moment you’ve had as a band?

Aidan: Whenever I see art that people have made of us, or when they know the words to the songs at shows, it’s the same insane feeling every time. I really really appreciate things like that, more than they might know.

Carson: The last year has been very meaningful. Getting to tour around the world, grow as friends and artists, as well as make so many new friends has been really amazing.

Nolan: I don’t know if I’ve had one specific moment stick out as the most meaningful but the most meaningful moments are always when fans do things for you and promote our music. It’s so crazy to me that there are these people all around the world who love the music that we’re making and that’s really the best reward of it all.

Are you more fight or flight in an urgent situation?

Nolan: I think it depends on what kind of situation for me but I usually tend towards flight unless I feel like it would go against my morals.

Carson: It means everything to me. It is all I do, day and night, and couldn’t imagine a life without it.

Nolan: It’s definitely immediate comfort. I also feel like it gives me more purpose when I’m making it or playing it.