Artist Of The Week // JAKE WHISKIN

With tender vocals and confessional lyricism, Jake Whiskin gently cradles and caresses your heart with his newest single Breakneck Speed. 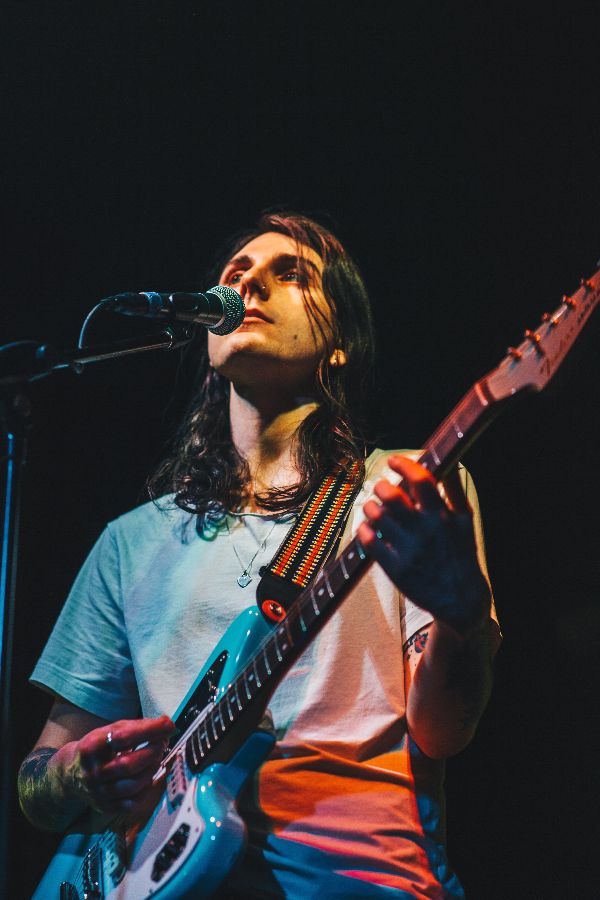 Leeds musician Jake Whiskin shares his newest heart-on-sleeve single Breakneck Speed, following the release of his latest project Isolation Tapes which brings to light some demos recorded by the artist during lockdown. Breakneck Speed comes ahead of Jake’s debut EP, which is anticipated for release later this year, and sets a tantalising tone of what is yet to come from the singer-songwriter.

Skillfully blending plucked strings and heartfelt vocals, Breakneck Speed shines in its simplistic accompaniment and honest lyricism. Laying all bare for you to witness, Jake opens up an intimate part of himself and his candidness in doing so will surely leave you touched by his melodies. Leaving a long-lasting impact, Breakneck Speed is a beautiful piece of work that marks the advent of Jake Whiskin as another rising talent to keep your eye upon. The meticulous acoustic guitar is sure to linger with you even after the last note has faded, and the poignant message of the track will remain for an even greater duration.

‘Breakneck Speed’ is a song that came together very quickly both writing and in the studio. It’s bare bones sonically and lyrically with nowhere to hide. On the surface it’s a lovesick song about a dysfunctional relationship and a yearning for escapism, but on a deeper level acknowledges transient pleasures that have run their course as a distraction from an internal absence. ‘I need some faith you’re my escape when I’m empty.’

Intrigued by the multi-layered meaning and intention behind the track, we spoke with Jake a bit more about Breakneck Speed, and his own methods of escapism.

To be fully present as often as possible. I used to spend lots of my time thinking too far ahead or looking back with rose tinted glasses, ultimately you end up missing out on the tangible moments in your life and can’t really affect much change if you’re only half there.

If you could set Breakneck Speed to a movie or TV series, what would it be the soundtrack for?

Somebody tagged me in a video on Instagram yesterday where they’d put it over a clip of Twin Peaks which was pretty funny. It’s a kind of a simple lovesick song, it could cover quite a lot of ground on some teen drama series on Netflix I reckon and I am all ears on offers…

What are your methods of escapism when you need a break or distraction?

I’ve really got into running over the lockdown so that’s a big one for me. Writing can be, but you hit roadblocks very often creatively; so putting your headphones in and running to something stupidly heavy like black metal is instantaneous escapism.

What’s a song that will always provide a form of escape for you? What song achieves for you the effect you would want Breakneck Speed to have on listeners?

Tom Petty is the guy who’s soundtracked much of my life but narrowing that to one song is a big task for me honestly, today it was Straight Into Darkness from his record Long After Dark. I guess Breakneck Speed is a bit melancholic and reflective so Scott Street by Phoebe Bridgers is a good shout too.

What are your fondest memories of recording your debut EP?

Breakneck Speed was recorded with Steve Sparrow but the rest was 2 or 3 day sessions with my good friend James Kenosha, we always have a lot of fun together. Finishing a song you’re proud of is always the moment you’re the happiest, the idea’s realised so you can take a breath after that. I remember the second track from the EP Electric was a lot of fun to make, we just breezed through it in a little over a day and looked at each other a bit surprised how it even came together.

Do you have any behind the scenes stories you can share with us?

Me and Steve had quite a few crazy nights out but the details are hazy at best.

It’s everything to me, it’s how I relate to the world through writing my own music and it’s the thing that connects most to the outside world through listening to it. The first time I listened to Nirvana as a kid it made me feel excited, angry, sad and everything in between. Since then I’ve pretty much worked towards finding or creating that level of connection in music.