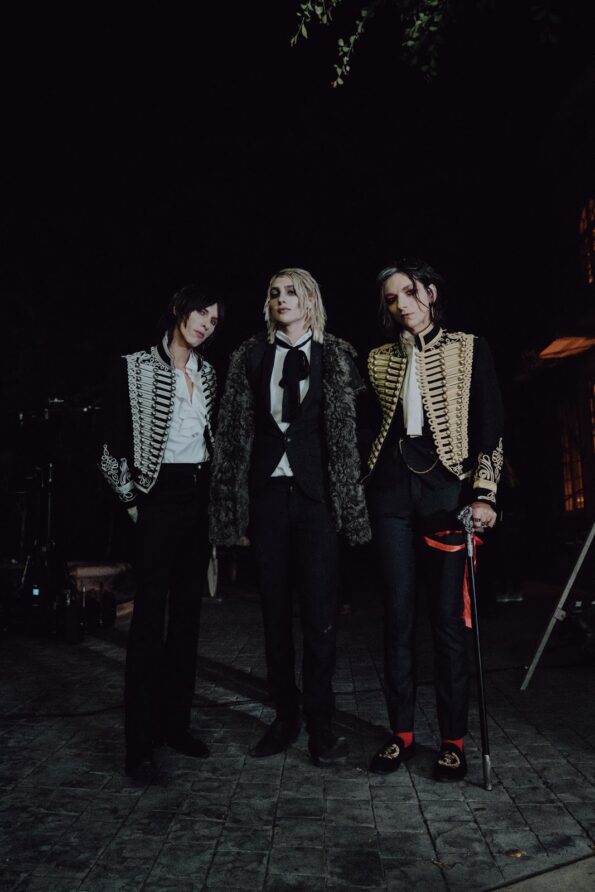 The alt-rock brothers have unveiled the dramatic music video for Tonight Is The Night I Die, featuring Pussy Riot’s Nadya Tolokonnikova and actress Amanda Steele.

Palaye Royale have certainly had an interesting year so far. After embarking on half a tour at the start of the COVID-19 outbreak, their latest album The Bastards was released in May. With lyrical themes such as mental health struggles, gun violence and substance abuse, the band is clearly wanting to take a stance on what they think is important. Vocalist Remington Leigh has said of the honesty on the album:

We need a little honesty and a little truth. The world is getting so tainted by everyone trying to be so fucking perfect and so goddamn PG and trying to walk this line of not trying to offend anyone. People need to be themselves, just for 20 minutes at least.

Tying into the album, the band has now released their first long awaited graphic novel The Bastards Volume One, featuring 260 pages of artwork and literature, every single page hand drawn by Palaye Royale drummer Emerson Barrett. It’s no surprise that the band has a vivid and creative imagination and their new music video for Tonight Is The Night I Die is no different. The video plays just over three and a half minutes long, but tells the story of a vampire ball full of murder and mayhem, with the visuals bearing heavy resemblance to My Chemical Romance’s The Black Parade era. Instrumentally, the track sounds like a true 21st century James Bond soundtrack, but perhaps that’s in the name…