Band Of The Week // VRSTY

Releasing their gripping new EP Cloud City, VRSTY are back with more focus than ever and a renewed urgency in their sound. 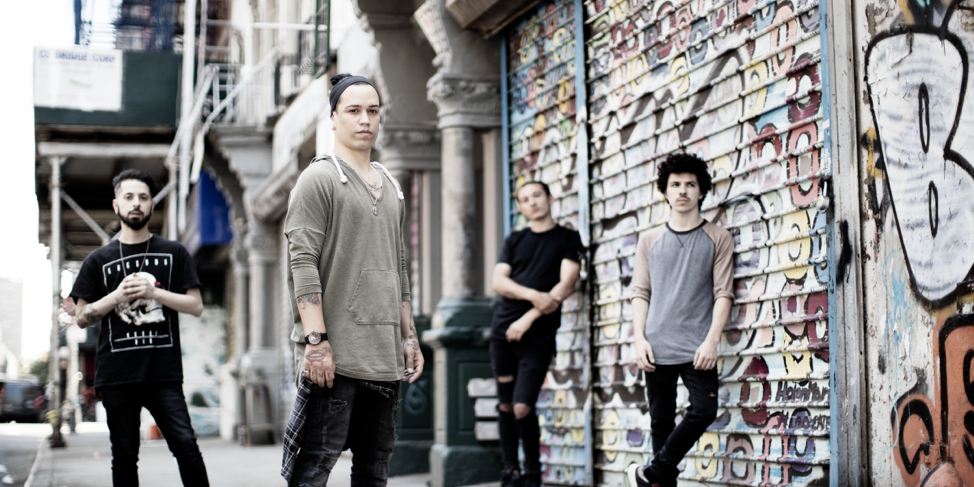 New York City quartet VRSTY make their Spinefarm Records debut with their brand new EP Cloud City. Packed with gripping riffs and thundering basses, VRSTY bring a hard rock sound that incorporates elements of other genres to mould it into something unique to them. Whether it’s the R&B-inspired vocals or the metal-influenced instrumentals, they skilfully blend these different elements to break away from the mould and craft their own sonic corner.

Speaking about this refusal to be pigeon-holed into a genre, vocalist Joey Varela shares:

When people ask me what we sound like, I say, ‘We’re whatever you want us to be’. I can’t put a genre on us, because I’m a pop and R&B singer who loves metal. There are pop tracks, metal tracks, and R&B tracks. It’s super different heavy music with pop-inspired vocals. The genre has enough bands who sound similar. If you spend time trying to do what’s popular, you fall into a mode. That’s not something we’re interested in. The music has to be fun for us and the people listening to it.

We can affirm that it’s definitely fun to listen to, as we’re carried through the battering rhythms of Shameless to the emotional-laden Pathos, twisting and turning through the EP with no two tracks sounding the same. Lyrically, it navigates through the sobering life experiences of heartbreak and resilience, bringing you on the band’s journey for you to find your own catharsis as you share in the feeling.

We spoke with the band further about their influences and the process behind making this EP.

My grandfather once told me ‘Everybody dies but not everybody lives’. I never got what that meant as a kid, but as I got older I immediately connected with it. So many people these days are focused on just surviving and not actually living life to its fullest and it’s kinda sad. That got pretty dark, lol sorry.

Purple because it’s right in the middle of something that could be dark, but can also be light.

If you could set Cloud City to a movie or TV show, what would it be the soundtrack for?

Probably Archer because it has a little bit of everything in it, but it does have a pretty consistent theme.

What has been your fondest memories of recording the EP?

Easily eating buffalo wings for breakfast, lunch and dinner and recording in between.

Are there any behind-the-scenes stories of producing the EP that you can share with us?

For the first song we recorded for the EP, Dig, the mic suddenly stopped working and it took us all day to find a studio that had the same mic. We ended up having about one hour to record all of the vocals then drive home. I got home two hours before my shift at work, so I ended up going straight to work lol.

Were there any surprises, whether pleasant or unpleasant, that you came across during the EP process?

Pleasant would definitely be our producer (Andrew Baylis) actually liking all of the demo’s I brought. IDK if I had any unpleasant moments while recording.

You mention that one of your goals is to do something different, and that ‘we sound like us and nobody else’. If you had to describe your sound to someone who had never heard of you before in one sentence, how would you pitch yourself?

I would probably say, we are a band that blends pop/R&B over random heavy instrumentals haha.

What’s been the biggest difference that working with a producer has made?

It’s definitely less anxiety. Having someone see your vision and help get you there while also building who you are as a writer is absolutely game-changing. I’ll never go back to how I used to do it.

It was mentioned that Massive is about others in the industry who have tried to put you down; what has helped you stay resilient when scenarios like this occur?

I honestly just ignore them and keep it moving. If someone hears your music and see’s what you’re doing and tries to change it completely, instead of helping to build it, they aren’t worth your time.

Music is literally my life. Sure, everyone says that and it’s not new but the truth doesn’t need to sound fresh or sintering to be…true. I can’t imagine doing anything else besides singing, hell sometimes I can’t imagine being alive or living in a world without music. Everything about the emotion that goes into making music speaks to me on an inhuman level and I honestly just want to do this till I can’t anymore.