The wait is finally over for YUNGBLUD’s most anticipated album weird! – a ludicrous musical caricature of the modern youth experience. 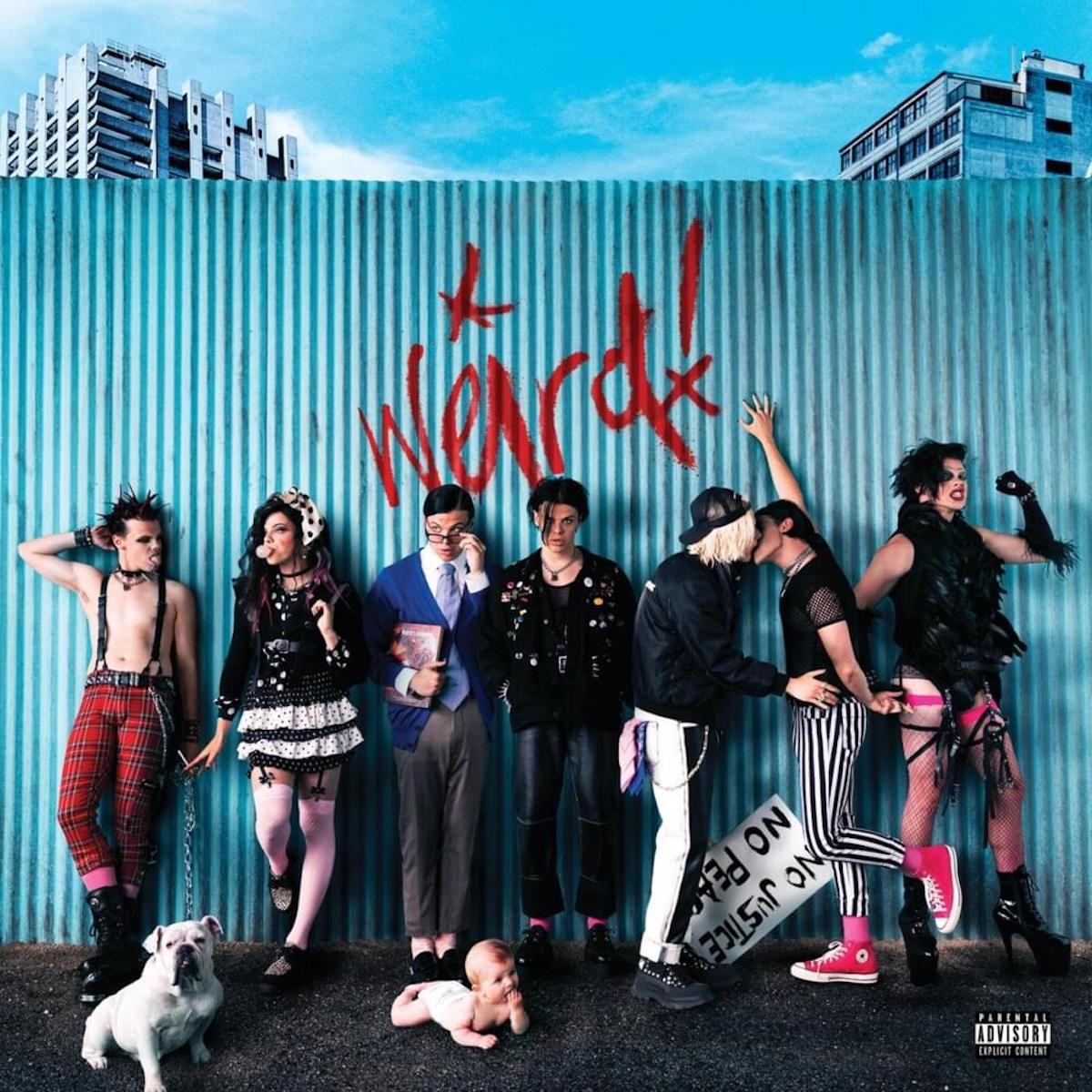 The advocate of misunderstood souls YUNGBLUD returns with weird!, an album which can rightfully be described by the exact one word from its title. An emotional rollercoaster and hot and cold caricature of the modern youth experience, this album is jumping through the highs and lows of being a peculiar individual on his/her journey towards self-acceptance… and you’re gonna enjoy the ride.

Tapping into a variety of feelings, emotions and attitudes, the songs alternate through and cover everything from happiness to sadness, from restlessness to contempt, from irony and sarcasm to vulnerability and sincerity, from alienation to belonging, all to capture and relay the complex thoughts and encumbering challenges young people face nowadays. Nothing that I’ve said so far shouldn’t really come as a surprise if you’re familiar with YUNGBLUD’s previous work, however even for a seasoned fan, this album should be surprising and intriguing as it absorbs influences from a plethora of musical genres like dance-punk, glam-rock, hip-hop, metal and employs melodic elements such as Queen-inspired harmonies, Beatles-esque chord progressions, all to create an atypical sound and style.

Diving into the specifics, the album kicks off on an emotional low with the heart-breaking yet compassionate teresa, starting with a spooky intro to progressively become more dramatic and alert and finally end on a celebratory high chanting ‘We don’t need to say we’re dead’. Moving on from dark topics like confusion, fear, anxiety and death, cotton candy (pop-ish) and strawberry lipstick (metal-ish) light up the mood as they touch on fun topics like sexual exploration and casual polyamory with a cheeky, care-free and lively attitude.

Inspired by a touching encounter with a fan in Maryland, the emotionally wrecking mars changes the atmosphere to a teary one as it represents a cry for mutual understanding and acceptance and a hope for finding a world to belong to. With a (spaceship battle?) video game-inspired intro and following on the weirdness-friendly alternate universe idea, superdeadfriends expands on these topics but with a more defying and rebelling attitude and explosive energy, unleashed vocals and untamed instrumental while chanting ‘It’s too late for you to die young’.

After this sonic madness, the dramatic love song swiftly changes the sound… again… coming as a heartfelt, stripped off, vulnerable and candid acoustic melody, spiced up by dissonant and Asian folk-inspired elements, as it hopes to find and share pure and sincere love. Looking ‘inside’ and focusing on self-love, the magically cathartic tune god save me, but don’t drown me out is the ultimate sonic representation of a hug… and also my favourite song on the album. With sincere lyrics, dreamy vocals and energising drums, the song will give you the understanding and encouragement you needed to move forward as it embraces a refreshingly contemplative and a calmly supportive attitude, while having a little chat with god.

After this emotional episode, it’s time to lift the spirits and get the party started and the latter half of this album does exactly that. Funky and high-energy beats together with catchy hooks and comical choruses define the rest of the album. The pop-punk ice cream man and glam-rock charity as well as the dance weird! are strangely uplifting and refreshing with their surprisingly jolly, somewhat childish melodies despite the fact that they’re telling actually sad and at times gory stories. The acoustic ballad it’s quiet in beverly hills drifts us on calmer shores in preparation for the grand finale that is the freak show. It seems that YUNGBLUD saved the best for last as this song is The gem of this album – a spell-binding sonic experience that draws you into an addictive circus-like world and in the end explodes on an absolute high with the utmost theatrical and epically dramatic scream. Love it.

Overall, this album feels like a successful and ludicrous experiment and can proudly stand as the unconventional definition of ‘mood swings’. It mixes random ideas and comical lyricism with contrasting messages and melodies, all to ultimately create a weird and not so well stirred cocktail of songs. weird! is a playful yet serious album, reminding us that YUNGBLUD delivers important messages underneath all the theatrical showmanship and ludicrous artistry of his melodies.