Band Of The Week // BLACKOUT PROBLEMS

Sharing a compelling message to highlight the pressing climate problem, Blackout Problems demand you to sit up and pay attention with their urgent sound and captivating video for LADY EARTH. 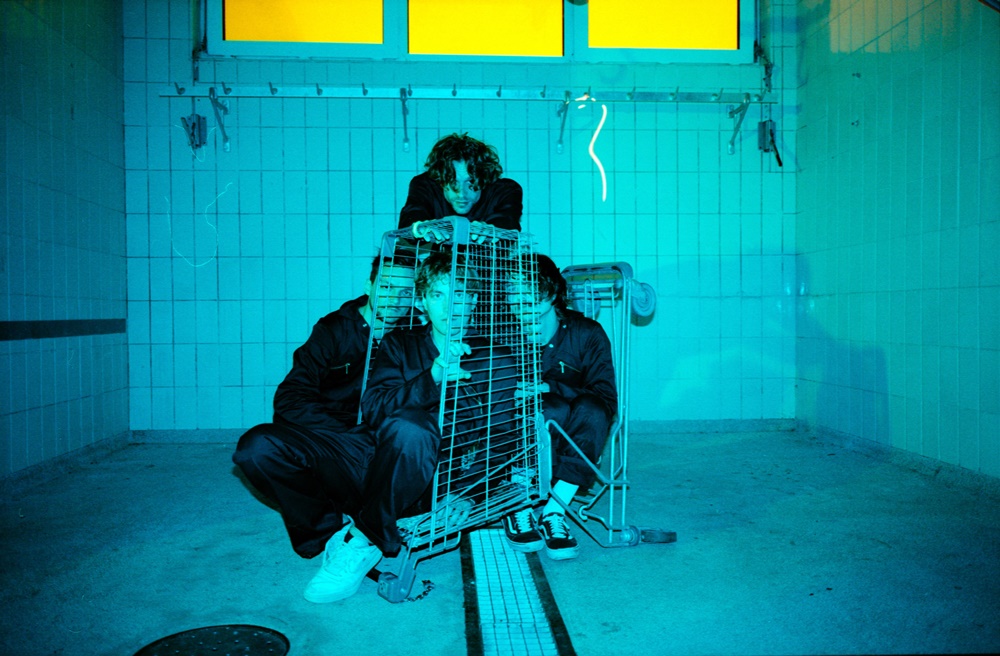 German four-piece Blackout Problems are acutely aware of the big issues that the next generation are being faced with; from problems of climate change, to the resurgence of right-wing politics and populism, they take these headline issues and transform them into pieces of music that urge you to pay attention. They also transform their messages into compelling visual pieces, as they’ve recently shared the new video for LADY EARTH. The track is taken from their upcoming album, DARK, which is set to be released on January 15th.

A dynamic and ever-changing soundscape gives the track a visceral edge, as listeners are dipped through calming moments of synths before explosive guitars burst through the next moment. The recently released video accompanies this vivid listening experience, and adds a further dimension of criticality to the band’s message. Speaking about the inspiration behind this, frontman and guitarist Mario Radetzky shares:

Seeing Greta Thunberg on the news gave me a strange feeling. I was reminded of how I was when I was sixteen and I felt like I was light-years away from what teens are capable of doing these days.

It wasn’t like I wasn’t interested in what was going on back then, it was more like I wouldn’t have thought we could be the kids who make a difference and open some eyes. Sitting in school being taught by the books that made and changed history, you sometimes tend to forget the here and now. History is made all around us, right now, and we shouldn’t wait to participate. No one is too small to make a difference.

Feeling impassioned by the band’s call-to-arms, we spoke with them further about the changes they wished to see, and how the process for their forthcoming album is shaping up.

This sounds a bit corny, but I once had this motto: live your life like it’s worth being documented. These days I’m a bit more realistic and the words of Jim Morrison come to my mind “No one here gets out alive.”

Some kind of blue-ish dark with a lot of hopeful bright and dirty stains on it.

If you could set LADY EARTH to a TV show or movie, what would it be the soundtrack for?

Definitely a BBC documentary about nature, or a documentary about climate change, but on the other hand it would be quite amusing to hear it while watching a bullshit TV show – just to get you thinking “something’s wrong here.”

You mention that the track was inspired by the current climate emergency, what do you think are the biggest changes that need to be made?

Firstly I think it is important to educate the public about the current state of the world. This is not that easy regarding a lot of politicians who won’t listen to Scientists. We should cling to the facts.

Secondly we need to make changes that affect all of us, as in trying to build an emission free economy. These changes need to be made by politics and the public need to inspire them to do so.

Thirdly we need to face the fact that each and every one of us has our footprint on Lady Earth and we need to keep it as clean as we can.

What can listeners do after listening to the track to help this cause?

If they want to help the cause, that’s the first step. Everyone might find a different answer to your question.

What do you want your contribution to be for this making of history?

We want to be seen as a band that did everything exactly the way they wanted to and did not put money over art ever.

What are you most excited about with DARK coming out next year?

Actually in this situation with the on-going pandemic we’re just glad to be safe and healthy. We’re not expecting every planned show to happen, but we would love to get this music in clubs again. We miss the intimacy of a live show and hope to make new connections with people in 2021. Our music always gave us a chance to do that and we hope to continue doing it with DARK.

Have there been any surprises you have encountered so far in the process, whether pleasant or unpleasant?

Yes, both. Especially the mixing process of DARK, it was a long and hard journey and almost took us out at times. But we’ve never been happier with the sound of a record.

What do you hope to achieve with this new album?

With all that is going on at the moment I have no real answer for that question. We’ll take everything step by step and we’ll just see what happens.

Ha slight cliché answer, but when you realize that almost 95% of what you do on a daily basis evolves around music you understand that you owe everything to music and you have to be thankful and appreciative of music all the time. It truly gives us life, until you write your first novel I guess…