Punk aficionados Drones return with the intense and intoxicating second album, Our Hell Is Right Here, oozing with their untamed signature sound. 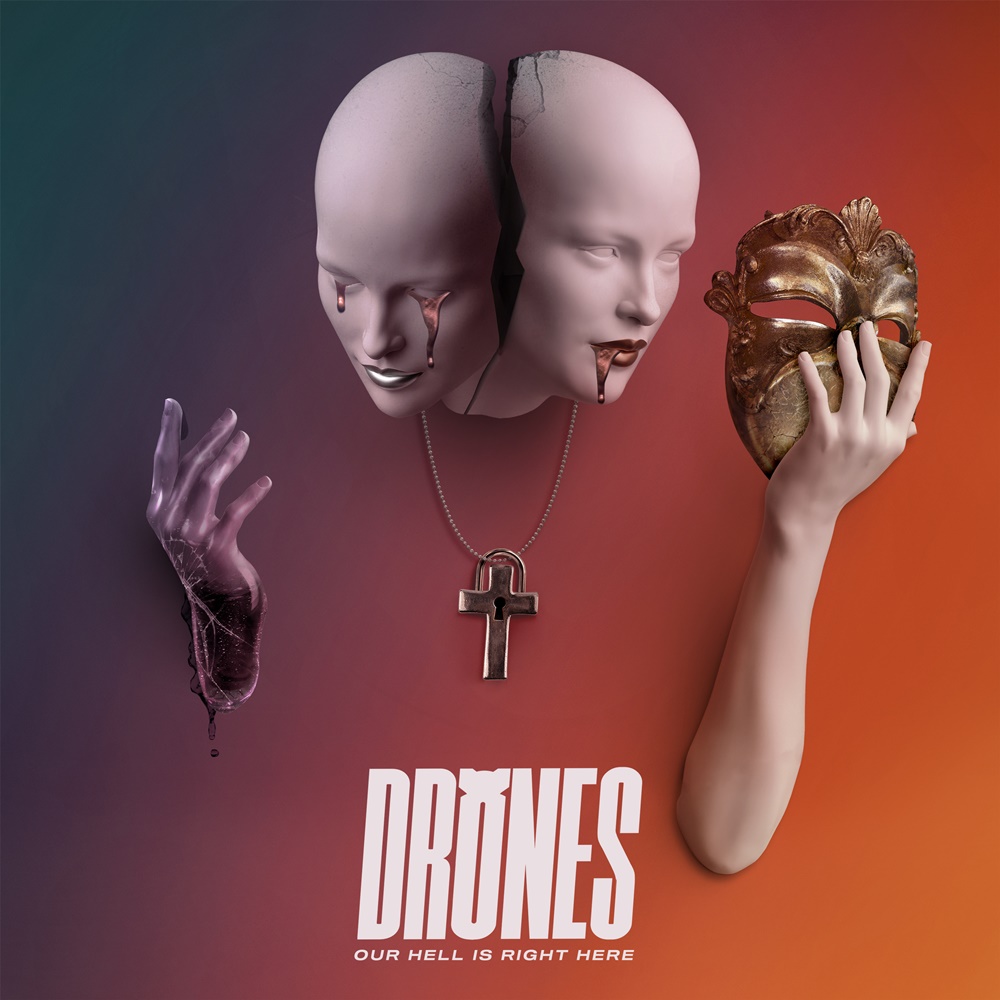 Drones are back and I hope you’re ready for the sonic tornado they’ve unleash upon us all. While saying that all songs on an album sound the same is not really a compliment, being able to say that the album delivers a set of consistently high energy and catchy songs is actually a rare and notable praise. From the first to the last banger, each is wild, intense, addictive and steadily high quality which is not a small feat for a seasoned band, let alone for a new one to achieve with its second album. Inspired by the band’s vocalist Lois McDougall’s own struggles and eventful past years, each song has something interesting and worthwhile to say, be it either about the society we live in or about the challenges of lifting yourself back up when you feel the world is crashing down around you.

Please Vacate The Planet is one hell of a song to start with. Explosive from the first decibel, it sets the tone for the rest of the album with its restless drums, fierce guitar riffs and piercing vocals. Together with the captivating and progressively more fiery Live & Let Live, title-track Our Hell Is Right Here and Manipulate, the true melody of the songs is revealed as the candid yet powerful vocals resonate through the maddening, whirlwind instrumental and whose energy peaks at the final pre-chorus.

Listen temporarily quiets down the storm, revealing a more vulnerable, caring and compassionate dimension of the band’s lyricism and especially of Lois’s vocals. This being said, Learn follows like an avalanche of resentfulness and regret towards the unhappy ending of her marriage. However, quite naturally for a feisty spirit, she picks herself up in the rebellious headbanger Josephine, which is the breakup anthem you never knew you needed to free yourself from the chains of a toxic relationship. With upbeat drums, rioty guitar riffs and unleashed vocals and a fiery, epic climax, this song makes itself noticed and has high chances of becoming your latest obsession as its powerful, invigorating melody will lift your spirit without becoming exhausting.

On the way to recovery, Epitaph finds Lois searching for her place in a world that has now changed, while Colourblind, Grey Matters, VOID and Warning Signs see her putting the pieces back together, getting back on her feet, stronger and more resilient than ever and moving on to other matters.

Overall, Our Hell Is Right Here is a rollercoaster taking us on a very personal yet very restless and rebellious journey through Lois’s past years overcoming the challenges life threw at her with explosive vitality and an undefeated fighting spirit. While the album embraces and truly immerses itself in the rioty, ‘F*** all’ energy of punk music, it only slightly taps into the more heartfelt side of the story and in the future it would be great to see more of this to balance out the madness.