The voice of a generation, Pale Waves release their sophomore album Who Am I?, serving as a manifesto of love and positivity. 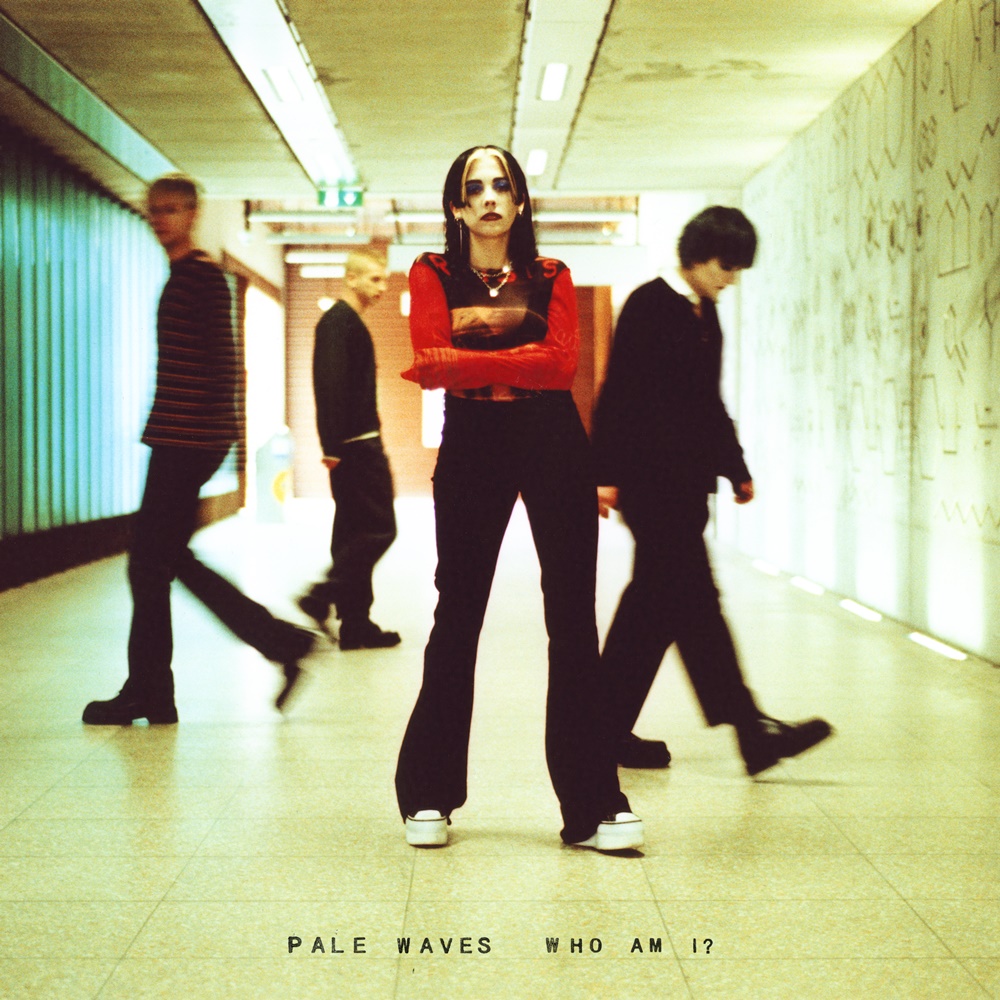 Pale Waves, having shared a label, a city, and a stage with fellow indie-pop sensations The 1975, have often been referred to in their shadow; they wowed the world in 2018 with their debut album My Mind Makes Noises, which was soaked in The 1975-esque melodies. Their brand-new sophomore album, Who Am I? carries on from where the band left off but provides a refreshing new direction, shrugging off almost everything we once knew about the quartet – it’ll have you crying, laughing, and dancing around your kitchen with a feeling of love and a beacon of hope in your heart.

With 5 of the 11 tracks having already been dropped, you’d think fans have been given a good taste as to what to expect from this album – not so. Each track is incredibly unique, but they all come together and work perfectly one after the other. Change opens the album, the single confronting what seems to be the breakdown of a relationship, and – in classic Pale Waves style – the dark lyrics are sung over a cheery, pop-song chorus. Fall To Pieces is a single of a similar light, showing questions and shadows of doubt within a relationship.

There’s a 180-degree flip in just seconds, and from here on out a confidence and optimism in terms of love and life shines through. She’s My Religion sees Heather Baron-Gracie singing about a healthy, happy, same-sex relationship – inspired by her own relationship with the band’s drummer, Ciara Doran. The catchy, infectious instrumentals layered with Baron-Gracie’s voice depicts the notion of loving someone in their entirety, providing an anthem and a safe place for LGBTQ+ listeners. Easy is the cutesy, lovely little sequel to She’s My Religion, with Baron-Gracie waving her flag and shouting from the rooftops about the one she loves.

Wish U Were Here takes us back to your classic love ballad – pass the tissues. HBG lets her guard down and we see her ‘crying on the floor wishing that you were here,’ claiming ‘life isn’t fair, just want you near.’ Folky and heartfelt instrumentals provide for a good song if you need a cry over missing the one you love. Once again, the tone changes and Tomorrow comes in all guns blazing, with pounding drums and loud, very much in-your-face vocals. Baron-Gracie is seen to be yelling at the world in light of all sorts of issues such as body expectations, LGBTQ+ rights, and gender identity, and asks everyone ‘won’t you stay alive, give it one more try?’ I can see this track resonating with each and every one of Pale Waves’ listeners and becoming the track that encourages you to be whoever and whatever the hell you want to be.

These upbeat, bad b*tch vibes are continued into You Don’t Own Me. Baron-Gracie tells a controlling society, ‘I’d rather pull out my teeth than be what you want me to be,’ and puts forward a very f-you attitude, preaching to the world ‘I don’t need you and I’ll be whoever I want to;’ loud, punchy instrumentals and Baron-Gracie’s proud voice to put across this message of self-love. In the blink of an eye we’re taken back to the acoustic, Taylor Swift-esque love song in I Just Needed You. The raw, heart-in-your-mouth vocals come with a sweetness, a vulnerability, and your heart breaks at the end of the chorus when HBG sings ‘I just needed you to be happy.’ One of the simpler, more stripped back tracks on the album, this song might warm your heart, or it might make you cry. It’s fitting for all feelings.

Odd Ones Out follows nicely as it’s just HBG and her acoustic guitar, with stunning layered harmonies in the chorus. Musically similar to Wish U Were Here and I Just Needed You, and topically similar to Fall To Pieces in that it embodies doubts within a relationship, this single is sombre but with a message of hope, in that it ignores the doubts and chooses the fight for love. Run To is bouncy, a track that makes you want to jump about and that puts a smile on your face, and the lyric ‘life is going well except my mental health’ just about sums the way the world has felt over the last year.

Final track Who Am I? takes its form almost as a standalone, stand-out single that feels separate from the rest of the album yet, at the same time, ties it together and brings it to a close in the most beautiful way. Piano-driven, the track follows HBG’s echoey, hollowed out, emotional vocals on the journey of self-discovery that we’ve just spent the last half an hour listening to. It narrates negative thoughts, losing your sense of self, and ponders if there’s light at the end of the tunnel. There is, as among the melancholic lyrics, Baron-Gracie slips in ‘gonna find and love myself.’ You thought Wish U Were Here was sad? You’ve not seen nothing yet – Who Am I? is raw, honest, and so emotional. The perfect way to close what feels like the perfect album.

Filled with both lyrical and instrumental mood swings, the album stands as the voice of a generation. Heather, Ciara, Hugo, and Charlie have put their all into this and that’s evident from the opening notes of Change to the fading out of Who Am I? Reflecting on the good, the bad, and the ugly of love, life, and loss, Who Am I? provides comfort and joy for listeners and, coming out of this, Pale Waves are the band everybody’s going to be in love with.