Crux narrate the monotony and exploitation of modern life in their latest track Living In Dystopia. 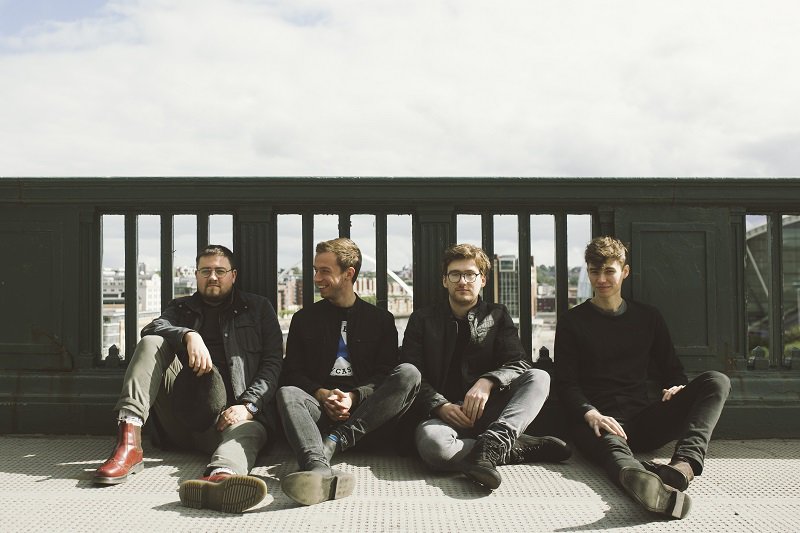 Newcastle-based Crux are Max Houhgton, Hallam Press, Jake Waldock, and Joe Reid, and they’ve been described as “a weird mix of Arctic Monkeys and Pink Floyd, but with big political bollocks.” Sounds great, right? They released their debut single, Bigg Market, in 2019 and have only released two songs since – the latest being the aggressive, protesting Living In Dystopia, which was written to serve as a commentary on the state of the world – poverty, politics, human rights, and the what seems everlasting Covid-19 pandemic.

Using their music as a way to speak out to people about the highs and the lows of the goings on of the world, with the hope of inspiring change, Living In Dystopia is a huge track that does just that. The lyrics highlight the monotony and exploitation of modern life, and the accompanying music video is a montage of scenes of power, protest, and violence; really opening listeners’ and viewers’ eyes to the struggle and hate the world is facing. It’s punchy, it’s quick, it’s powerful.

The strength of this single sets Crux up for a big year – get on them and listen to what they have to say.

On the track, vocalist Max commented:

I wrote the lyrics in late 2018/early 2019 and think they reflect on the world’s troubles now more than ever. One hundred and seven thousand deaths is not just a number. Each one is a person with a family.