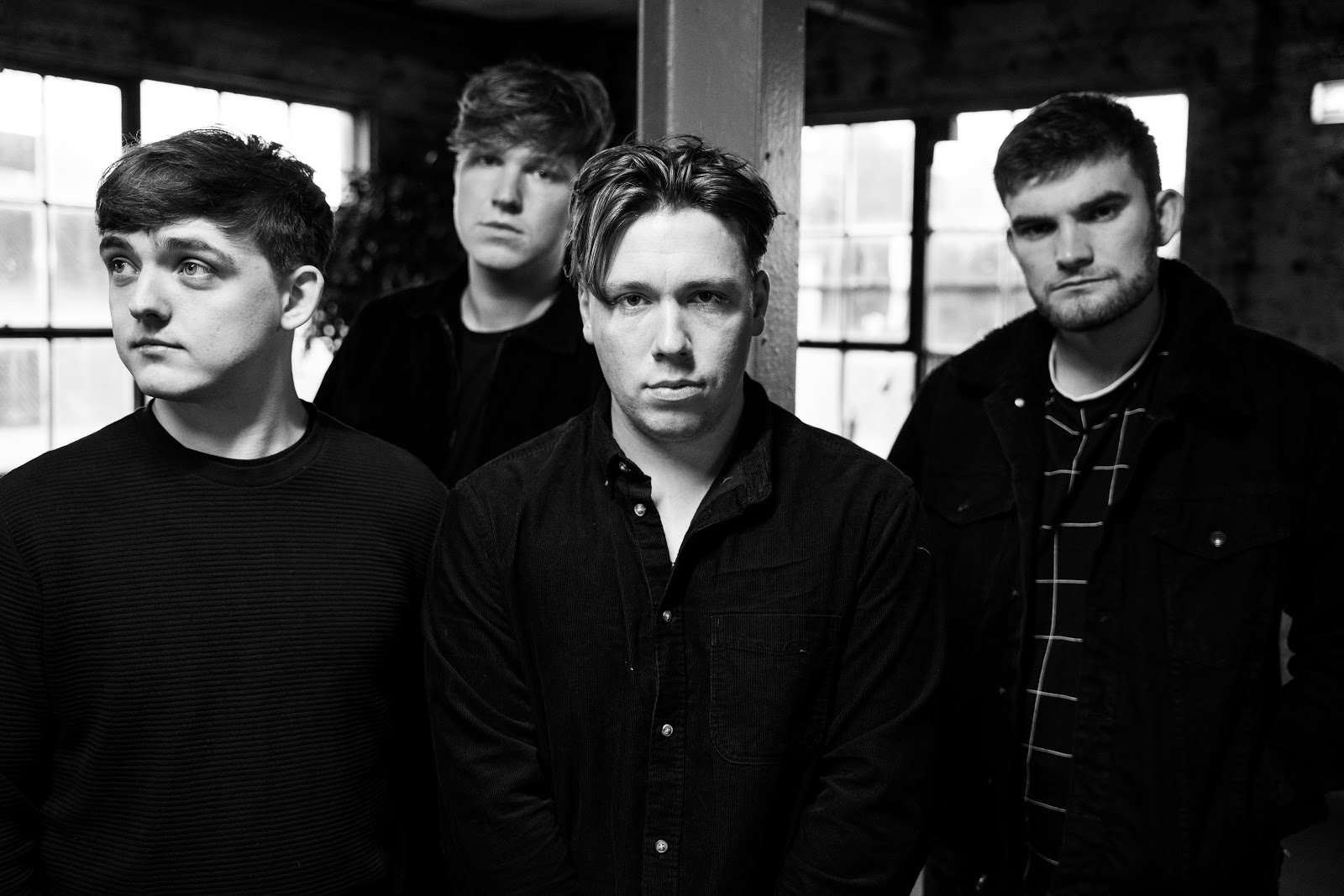 Liam Allison, Sam McGill, Michael Ward, and Kieran Burt are the four masterminds behind Edinburgh-based Retro Video Club. Leaping into the scene in 2017, the band released a steady flow of singles through to 2019. Taking some time then to write new material, the band has just released Checkmate, their first single in two years.

Laden with guitar melodies we see from the likes of Vistas and Biffy Clyro, Retro Video Club are following in the – very promising – footsteps of their fellow Scottish afflatuses. From the get-go, we see Checkmate is one for the summer playlist. It’s classic, feelgood indie music that succeeds in filling listeners with joy in just under three minutes, making us “reminisce about the high-school phases.” The accompanying lyric video is a monochrome composition that sees vocalist Liam Allison singing the track behind a TV screen. Simple, but effective.

Checkmate is the first single to be released from Retro Video Club’s forthcoming EP, which is set to be released later this year. On the single, Allison enlightened us that:

‘Checkmate’ is a song about reflecting on your high school days and how the passing of time changes everything. It’s facing reality, realising you need to start growing up because life is starting to get serious. It’s ultimately putting you in checkmate, but you’re refusing to accept the game is over.