Album Review // AS EVERYTHING UNFOLDS ‘Within Each Lies The Other’

Gearing up to take over the melodic post-hardcore world, As Everything Unfolds release their assertive and bold debut album. 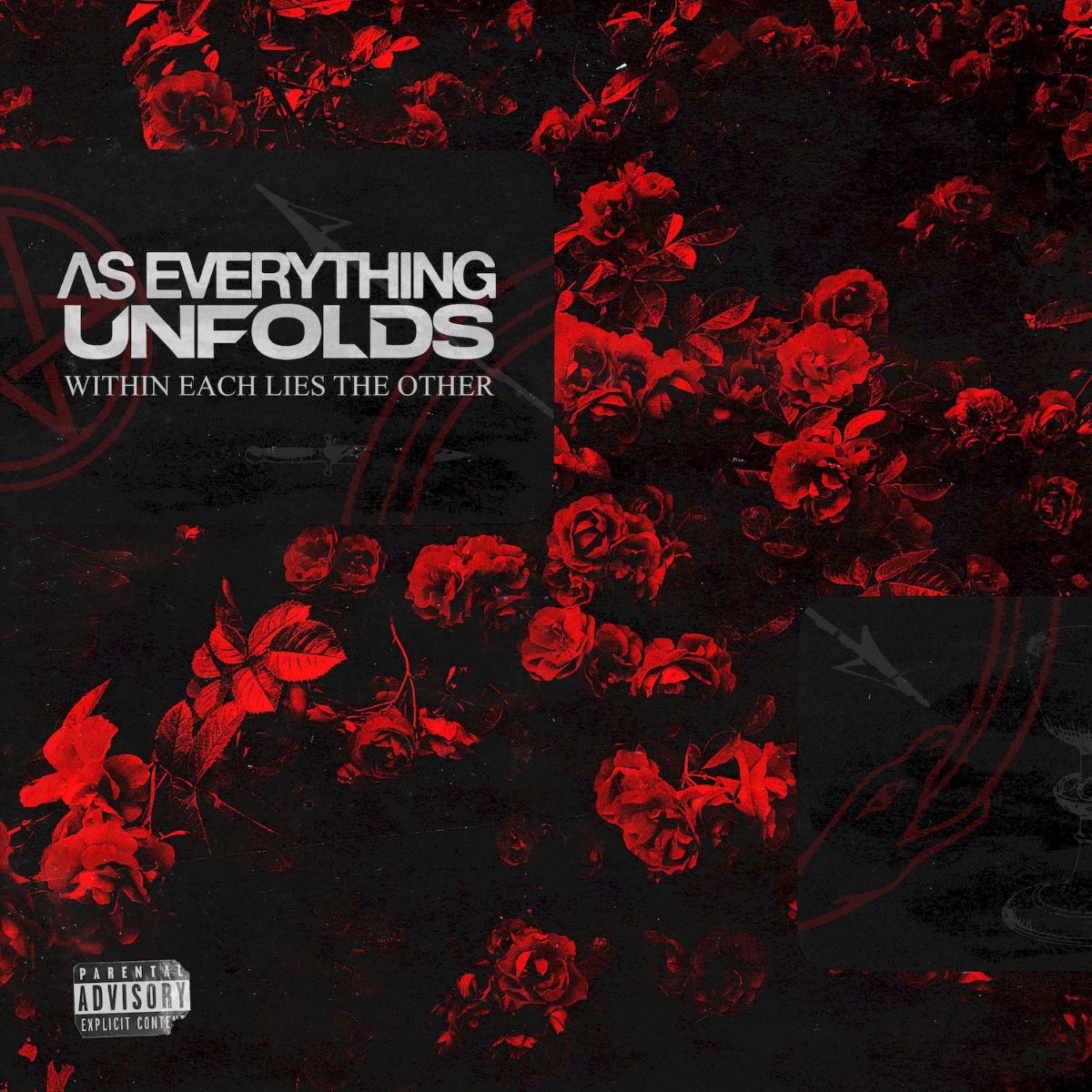 Have you heard of As Everything Unfolds? No worries if not, I’ll bring you up to speed. A six-piece melodic post-hardcore band, they made their voices heard with their EP Closure, released in late 2018. Touring extensively around the UK and Europe and performing alongside acts such as ADEPT, Dream State, Our Hollow, Our Home, the young rockers have quickly become one of the hottest British upcoming bands. Having signed to Long Branch Records, the band are now back in the spotlight with their highly anticipated debut album Within Each Lies The Other. In their own words:

The album represents the very best and worst of ourselves: our anger, sadness, vengeance and happiness […] We can’t always be the best versions of ourselves and sometimes you need to travel through the hard parts for the happiness to exist in the end. Life is a road of regrets and accomplishments; you need to embrace every aspect of it for creating the person you are now.

From the first listen, this album is interesting, exciting and surely promising, revealing not only each member’s natural talent but that each has already achieved a surprisingly polished grasp over their instruments. Another aspect that becomes clear over a few more listens is that they already have a knack for transmitting a wide range of emotions within each song, which is especially impressive at this early stage in their career.

The album kicks off in full force with the powerful and intense bangers On The Inside and Take Me There and continues by revealing with each song a new dimension of their sound. The intense Wallow show they can keep a veil of sensitivity and vulnerability while still being powerful and aggressive. On the other hand, the dramatic Greyscale, Stay and Wither showcase the band’s ability to carry you into another world through spellbinding instrumentals, captivating vocals and storytelling-like lyricism. These songs also are undeniable testimony of Charlie Rolfe’s generous vocal range but especially of her surprisingly good control over traversing it smoothly and somewhat effortlessly.

All in all, Within Each Lies The Other is a remarkable debut album and is hinting to a promising future for As Everything Unfolds. Now that they have proved they can balance and harmonize heavy with soulful, angry with dramatic, it would be interesting to see them diving into the extremes: on one hand with a stripped back ballad and on the other with a truly intense tune where they unleash the instrumental and embrace predominantly screamo vocals. But until then, they’re definitely a band to keep and eye on and I am particularly excited to see them live in the (hopefully near) future.