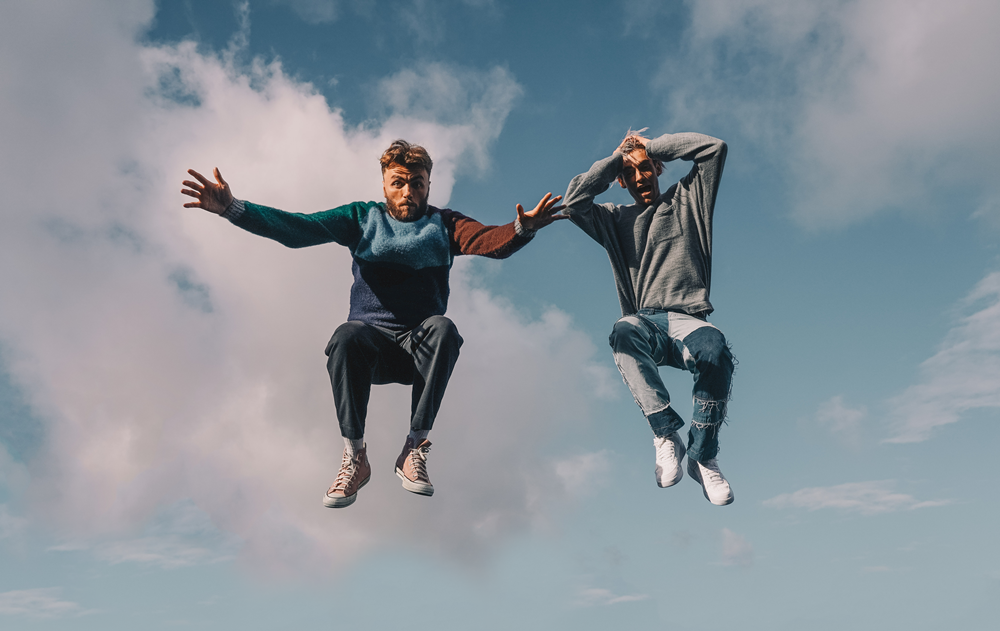 Glaswegian pop duo HYYTS have just announced their newest EP Helluvatime, which is set for release on June 4th. The EP will bring together their euphoric singles and honest storytelling into their most cohesive body of work to date, it follows some of the most emotional journeys that the duo have experienced so far as it touches on wildly falling in love and gut-wrenching breakups. Speaking about the forthcoming EP, singer Adam shares:

We are so stupidly excited to be releasing our new EP. People have been saying it for years but love is absolutely f***ing mental. When it’s good, it’s a hell of a time and when it’s bad it’s hell. This EP shows both of those sides and flips it backwards just to wrench your emotions even more. With everything we do, this EP is about communication and trying to make it easier for everyone to get through difficult times by laughing about them, singing about them, dancing to them.

Alongside the exciting announcement, the band have also teased at what’s to come with new single Blue & White, an indulgent pop banger that will make you want to dance along to the swaying beats. Explaining the accompanying visuals for the track, Adam says:

We decided to shoot the video with our fave directors Pip + Lib through more of a feminine gaze. Challenging gender norms has always been a big thing for us. We’re two cis men from Glasgow where so-called ‘masculinity’ is important and heteronormativity rules supreme. We’ve played so many gigs where our genre of music, our flamboyance and femininity, even the fact that we’re not playing guitars, is questioned and mocked as too feminine. In my old job I worked in prisons across Scotland as a music therapist and saw the levels of toxic masculinity perpetuating the stigma around mental health and it’s a really massive issue in Scotland. So we wanted to make a really cool video and quash some gender norms along the way. Plus they made my hair look like clouds which was the coolest thing ever.