Lights, drama, and action – you can have it all in the newest video from ISLAND for Everyone’s The Same. 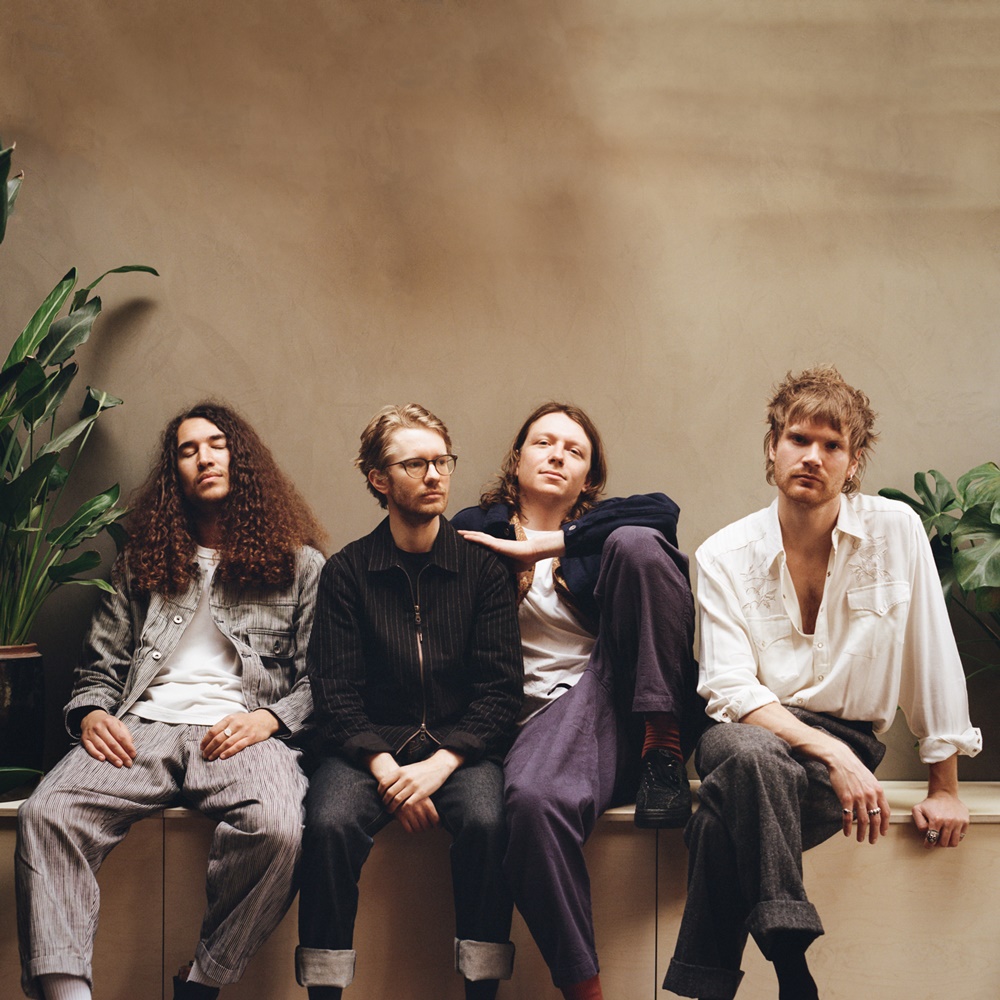 London-based indie rockers ISLAND return with a video for their slow-burner new single Everyone’s The Same. Given the luxuriousness of the track and the indulgence dripping from it, it comes as no surprise that the video is equally pleasurable and hedonistic as the band delivers a dramatic performance to an empty venue. Bringing an abstract surreality, the video adopts a cyclical nature as frontman Rollo Doherty leaves his dressing room various times to join the rest of the band on-stage, but with a slight change in style each time from sunglasses to donning makeup.

Speaking more about the making of the video, the band shares:

We just really wanted an excuse to wear some fun stuff & get our makeup done – ‘Everyone’s The Same’ seemed like the perfect opportunity.

Elaborating more on the meaning behind the track, Rollo explains:

‘Everyone’s The Same’ is a song for anyone who’s angry at being told they can’t make any sort of difference or can’t be a positive force for change. I’d been getting really frustrated with this idea that as individuals our actions aren’t able to make a difference on the collective impact we’re having on the world, the idea that we’re all destined to have a negative influence on the environment just by existing, and that everyone is equally guilty. But the song is intended to be broader than that, and to capture that feeling of frustration at being told what you’re worth.