Bringing a brightness and optimistic drive, Soak Up is an empowering track of re-discovery of the love that you are capable of giving. 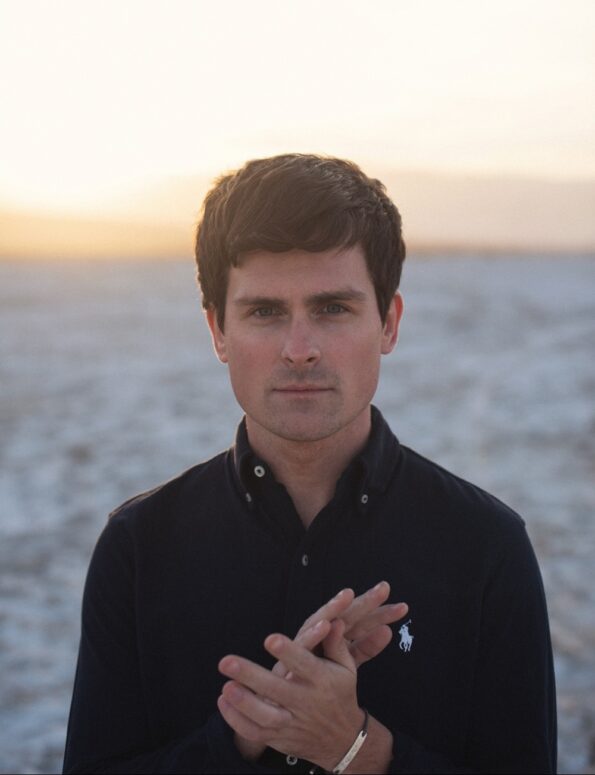 Musician Tom Speight has been capturing hearts with his larger-than-life acoustic folk melodies, and his inspiring personal story of battling Crohn’s disease. Bringing an appreciation and celebration of life into his music, he touches the hearts of listeners with his uplifting messages and soaring melodies that incorporate a myriad of instruments and textures to create an expansive texture. His newest release Soak Up continues in the same vein, and is also the second single to be taken from his forthcoming album Everything’s Waiting For You, which is set for release on September 24th.

Sonically, it’s much more ambitious than ‘Collide’. I decided at the outset that I would really go for it, dive in at the deep end and write a record that requires bigger rooms. There are rocky, bombastic songs that people may not expect from me. I worried it might be a bit risky, but it’s fun to shake stuff up.

Soak Up sees jubilant vocal harmonisations and sparkling pianos taking you on an exultant journey. Explaining the inspiration behind the track, Tom confesses:

‘Soak Up’ was written during a turbulent time in my life. I had just finished touring & working on album one and if I’m honest I was burned out by the experience of relentlessly touring & generally feeling a little lost in the world. I was single at the time of writing the track and I suppose I was longing for someone. To me, ‘Soak Up’ is about finding love and giving everything you have in return to that person. The track was co-written and produced with my best friend Rich Turvey, (Blossoms), during the summer. It was one of the first sessions since the pandemic started and it felt so good to be back in Abbey Road recording the track & pushing the boundaries of my sound. I feel like ‘Soak Up’ is the perfect crossover between my first album and my new record. I also think ‘Soak Up’ helped me to secure me a new record deal which makes it even more special during such a time of uncertainty. I can’t wait for the album tour and for everyone to hear this track.