Band Of The Week // BANJI

When you’re feeling helplessly off-track, this fun new track from Banji will pick you right back up. 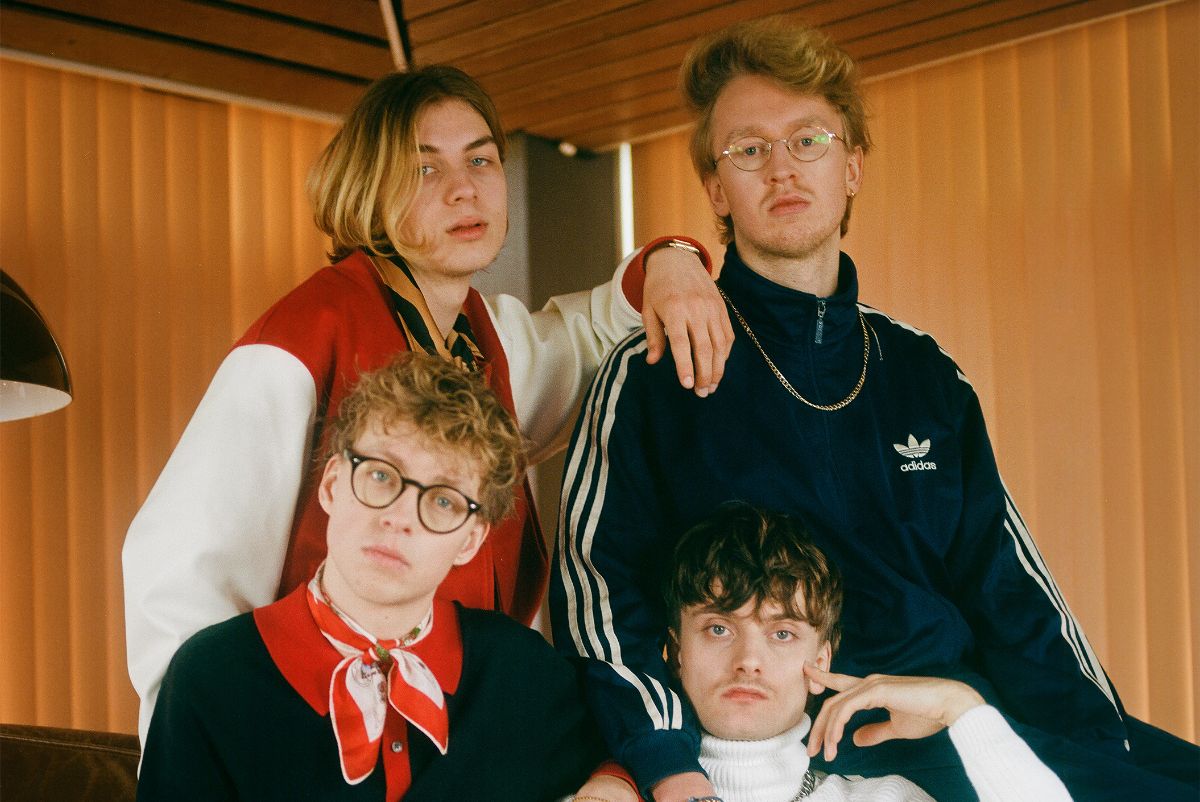 Dutch quartet Banji tap into a carefree, lackadaisical sound for their newest single and video Dogbreath. Blending together alt-pop melodies with playful electronics and woozy, off-kilter lyrics, Banji bring a hypnotic sound that feels perfect for all the times your head doesn’t feel quite in the right place. Their newest single Dogbreath is the perfect morning-after song, as it muses upon the consequences we bring upon ourselves and subsequently have to live with (particularly after a messy night out). Although the band spin this messiness into a charming track, it doesn’t entirely mean that you should discard all of your intuitions and just give into the hedonistic pleasures. The lyrics will remind you of this while the sonics simultaneously intoxicate you with its sweet sound, and this discordance encapsulates the concept of the track rather neatly.

The chorus was inspired by stumbling across the word ‘Dogbreath’ in the notes app on my phone (I think my girlfriend put it there??). I recorded the hook with this word in mind, and the rest of the lyrics just fell out. I wanted to encapsulate a type of regret. One that is not rooted in truth, but in appearing truthful. Feeling guilt-ridden about your actions, and wishing it would have gone another way, but failing to accept true consequence. Coming up with excuses instead of dealing with it. Like you can’t just fix your breath with a piece of gum, you can’t change the situation you put yourself in that easily.

We spoke to the band further about some of their own regrets and Dogbreath-esque situations.

What’s a motto you live by and why?

We’ve been playing music together for quite a long time now, and one thing I’ve noticed in our progression as a band is that lately we’ve been trusting our gut more. It used to take a long time from idea to finished song (and it can still be very difficult depending on the idea) but we’ve been getting better at following our musical instincts and focusing on our own identity as a group. You can only accomplish this by trusting your own intuition and we learned that from each other! Our band also gets a lot of strength from our close friendship, it’s comforting to know that we will always respect, trust, and support one another. Even if we don’t always agree, we try to understand each other’s mindset as much as possible. Soooo ‘trust your gut’ & ‘friendship is the best ship’!!

There’s a lot of different influences in our music so it would probably be a colour explosion! I guess a rainbow? I feel like there’s a lot of sides to our group, and we definitely wanna be lively, energetic and colourful. We wanna be able to pack a punch, and be smooth at the same time. Not that a rainbow packs a punch, but I think you know what I’m saying.

If you could set Dogbreath to a TV show or movie, what would it be the soundtrack for?

Ooeh this is a hard one. Maybe for a song like Dogbreath a quirky comedy could be a good fit. I have a deep love for Curb Your Enthusiasm. Larry David plays himself as a neurotic writer and gets himself into a lot of trouble on that show, so it feels like the theme is a match? Larry does not seem to care about anyone’s feelings and never finds blame on his side so I’m beginning to think he is the embodiment of the dog in Dogbreath. Too bad Curb Your Enthusiasm already has a killer soundtrack.

What is your funniest regret?

Damn.. I once played a show that was going pretty good until I found out I had my zipper down the entire time.. hahaha it made it difficult to manoeuvre around the stage so I regret that I didn’t just zip it up shamelessly. I don’t think anyone noticed, but I was in my own head the whole show (not gonna tell you which show it was, just to be safe).

What would your spirit animals be? Do they match the animals you are masked as in the video?

Yeaaah pretty close actually! We tried to find animals that would fit our personality the best. I definitely feel like a scared puppy sometimes so that’s spot on. Gilles used to have rabbits as a child, so I feel like there’s a connection there. I guess Jasper is a frog? He can be jumpy sometimes hahah. We don’t really know what Twan is, but there was a pig mask left… He could be a cat though! He’s had a connection with cats most of his life, and he usually disappears for a day and shows up with a dead mouse.

Have you ever found yourself in a Dogbreath type of situation?

The subject of the song is loosely based on reality, cause I feel like the dog is kind of my stubborn alter ego. Always following quick little satisfactions and refusing to see the by-product of those temporary fixes. Of course I try to paint a picture and I take some creative liberty in that, which is also apparent in the video. But I always make an effort to put some things in there that I only know the backstory to, cause it ensures a connection between me and the song. I like to keep those things as my own little secret stamp hidden in a song, and I’ve found that listeners generally relate certain things to themselves anyway.

Where else do you find inspiration for your music?

If I speak for myself, I usually sit down and write music when there’s something I’m dealing with or something spooking around in my head. Music is a nice way to get that out, and make it something I can be proud of and share with the world. Inspiration can come from a lot of places. Stress, frustration, dissatisfaction, but also love, comfortability, and reflection. On the musical side I always try to keep my ears open for songs or artists that pique my interest, I get a lot of inspiration from discovering a peculiar song tucked away in the discography of an artist I like. Trying to figure out in what type of way they stray away from their sound can be helpful to me.

I always have a cliché answer ready for this one. Music probably means more to me than I think, cause it’s given me a way to be myself and I’ve been able to use it as a creative outlet while growing up. When I was younger I could be easily frustrated, and taking up music really chilled me out. I don’t really know what kind of person I would be if I never gravitated towards playing guitar and writing songs, but I guess we’ll never know. Music is a very powerful tool for young people to express themselves and find their personality, and I think the rest of Banji can relate as they’ve all made music from a young age too. I never knew music would be such a big part of my future, but it’s engrained in me now and I don’t think it will ever go away.