Following the release of our ‘Ones To Watch’ list for 2021, ‘In The Spotlight’ offers the chance to get to know our picks more intimately and find out why we fell in love with them. 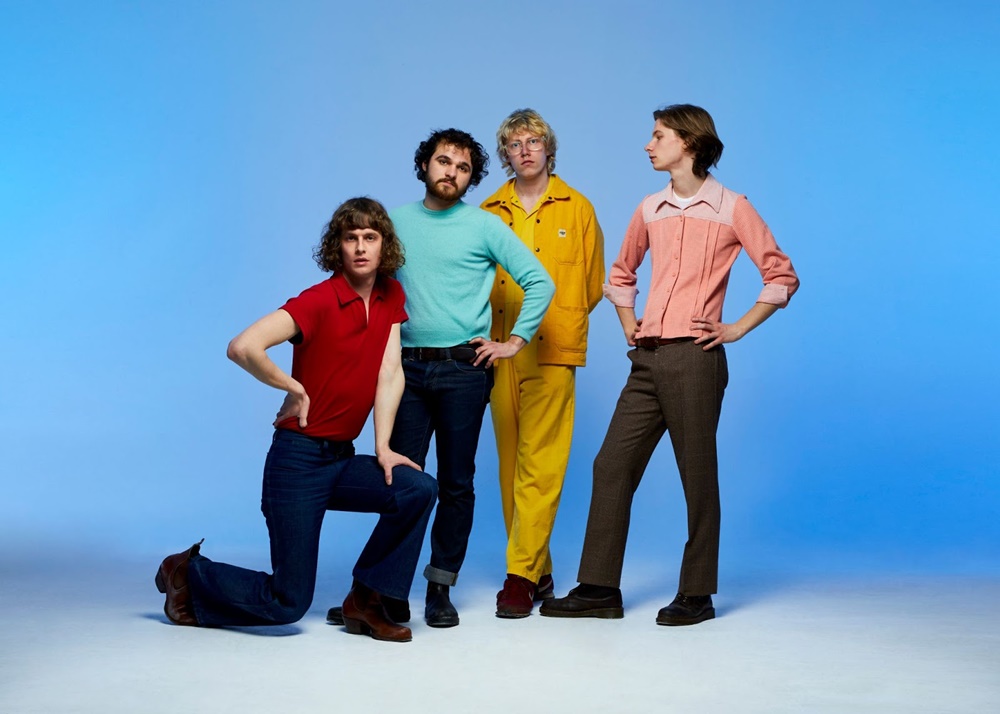 You’ve heard about the artists that we’re most excited for this year. Now, get ready to hear from the artists themselves as we shine a spotlight on their personality, the year just past, and their most anticipated musical artists. This week, we catch up with Buzzard Buzzard Buzzard, who have been making some serious waves in the indie music scene with their anthemic rock tunes that will transport you back to the days of glam rock. Hailing from Cardiff, the band have made a name for themselves by singing songs primarily about John Lennon and denim. BBB started 2021 playing, and being invited to play, various livestream sets, and are on the lineup for festivals such as Truck and All Points East. The quartet have now just released New Age Millennial Magic, a satirical commentary on current affairs that marks the start of a new chapter; in light of this we thought now was the best time to get inside BBB’s heads. We learned a lot about double denim, John Lennon, and meringue… oh, and they told us some music related things too.

That’s a pretty huge question but I think in general honesty is a good policy as, for me at least, I’ve never had a good time writing or performing something dishonest, in the sense of delivery at least. I used to be in an indie band and I tried writing songs about lost loves I never had, and it never really stuck like writing a song about denim.

Are there any behind-the-scenes stories of recording your The Non-Stop EP that you can share with us?

I did most of that EP by myself so the whole process was pretty clinical, running back and forth between the control room and live room trying to get the kit in time for the start of the song. I remember we recorded the vocals for John Lennon Is My Jesus Christ on a snow day though, it was like March time which seems strange for it to snow, but we were all freezing and got ill afterwards. Again, not too exciting, but honest!

My go to line is ‘we’re a former 70s rock cover band who started slipping too many of their own ones into the set.’

Mainly just not to get so mad about the whole thing – as soon as it kicked off I was seething that SXSW got cancelled and we couldn’t do all of our shows, there was a vibe that we were about to ‘blast off’ and all of that industry nonsense, when in actual fact that’s all it was: nonsense. Through this last year I think I’ve written some of the best music I’ve ever written, so my advice would be just to relax. Though if my former self heeded that advice I would probably be in a different situation so maybe I would give no advice at all, don’t fuck with the time look, etc. etc.

Name one thing you can’t imagine your life without?

In a hopeless way, to play shows again, but in a realistic way, just to release more music and keep connecting with people who are fans of the band.

Katy J. Pearson is quite frankly one of the best vocal performers this union has ever seen.

That I take myself perhaps a little bit too seriously, and I like denim and John Lennon.