Band Of The Week // GATHERING OF STRANGERS

Bringing an electrifying sound and an even more pressing message, Antidote is the adrenaline-infused new single from Gathering Of Strangers. 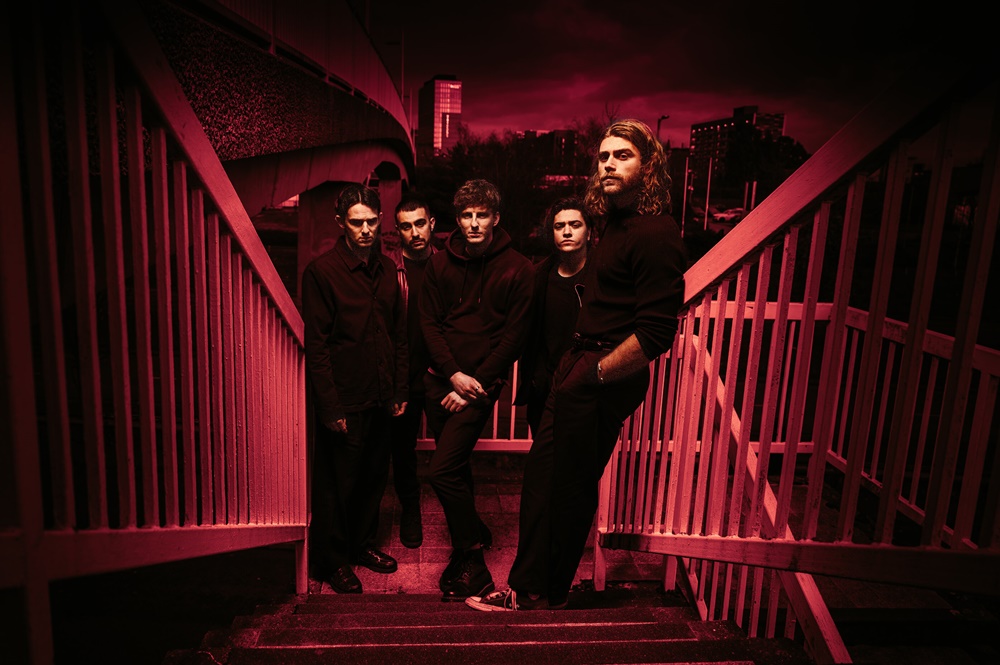 Manchester-based quintet Gathering Of Strangers elevate their urgent energy to searing new heights in their latest track Antidote. The band’s name tells their story eponymously; starting off as a group of strangers without connection, the five members of the band came together in Manchester during their studies and now bring their unique influences and experiences to conjure a frenetic and thrilling new sound in the scene. Their newest single, Antidote, is a call-to-arms for anyone who has felt victim to circumstances, and gently but firmly reminds you to take back control and forge your own path ahead.

This track addresses the struggles we all face at some point in our lives and the harsh reality that we’re all just sat waiting for change.

Through the aggression of the song, we wanted to mimic the frustration and pain that these situations cause us. A need for escape from something or someone that’s got a hold over you.

Though we are all guilty of ignoring, settling or even seeking these toxic environments, waiting for that way out isn’t always the answer and you may find yourself falling deeper into the grasp of the very thing that’s already ruling over you.

We want this song to be used as a reason for you to stop waiting, get out of your own head and become the ‘Antidote’.

Feeling roused by the compelling message of the track, we chatted to the band further about the things that drive them and help them find their Antidote.

Writing a song a day keeps the doctor away haha! Forget an apple, writing songs keeps my mind healthy enough. A lot of people trap their feelings inside, I’m lucky and brave enough to be able to write them down, get them out of my head and turn them into songs.

We’ve recently adopted the colour red within the band. Although quite popular, it resonates with us how this colour can signify so many different emotions, from danger and anger to beauty and love. Having this colour overviewing our music allows people to broaden what our songs mean to them.

If you could set Antidote to a TV show or movie, what would it be the soundtrack for?

‘Sons of Anarchy’ would be pretty cool. Driving down a long American highway, sat on your Harley with Antidote playing in the background seems pretty fitting.

Were there any particular situations that you experienced that inspired you to write Antidote, or was it more a culmination of various experiences you’ve had?

It’s definitely a culmination of a lot of experiences I’ve experienced, some standing out more than others. The feeling of wanting change but not doing anything about it, is felt by a lot of people but unspoken about by most. Hopefully by us addressing it, we can help people get out of their own tough situations.

Are there any songs that rouse you in the same way you hope Antidote will rouse others?

For me personally, Break On Through by The Doors always stands out for me. When I first listened to that, the drive and power behind the music and vocals really lifted me out of whatever hole I was in at that time. It’s the beauty of music that it can do that to you. Maybe this will be someone’s.

What advice would you give to someone who felt stuck in their situation? What would you suggest as an Antidote?

At the end of the day, this song tries to portray that ‘waiting’ isn’t always the answer to finding change. If you are struggling, the first person to help you on that path is you. The biggest rewards always come from tackling the hardest situations.

For a cliché question, I guess you deserve a cliché answer. Music obviously means everything to us. We never tire of creating, playing and listening to music. It’s shaped our past and can’t wait for it to continue to shape our future.