Artist Of The Week // EVEY

Sharing her debut single Nothing, Evey makes an introduction you can’t forget. 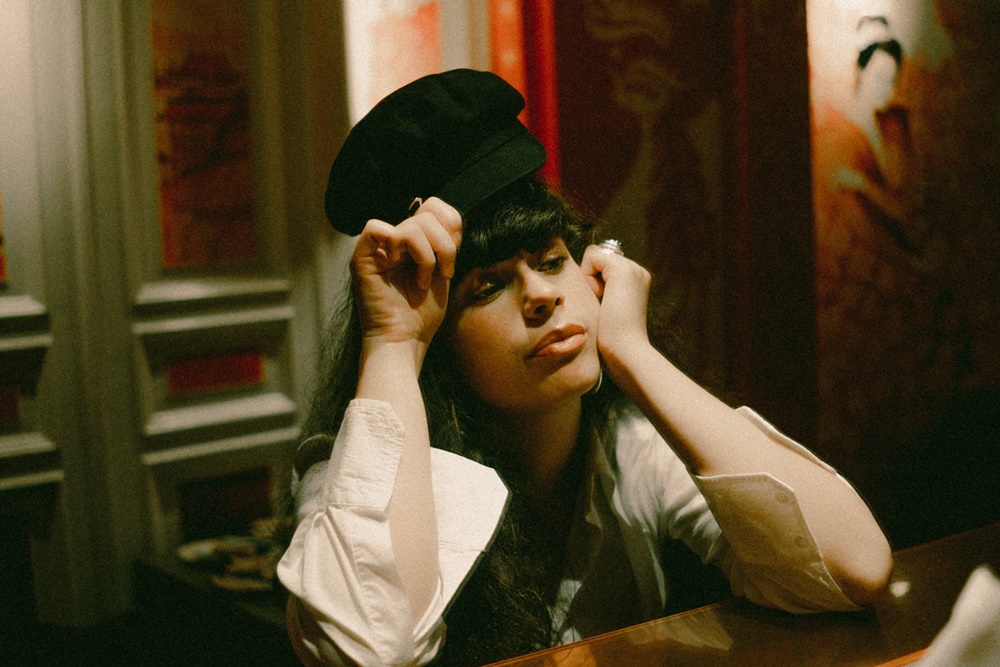 Copenhagen-based indie artist Evey is the newest talent to grace the indie scene, as she makes her introduction with infectious single Nothing. Bringing airy, feel-good melodies and charming vocals that draw upon her femininity, she offers a take on indie music that feels uniquely personalised. Touching upon her own life experiences, she offers her own perspective on universal struggles to simultaneously draw you into her sphere, and remain connected through the shared feelings of being out of place. Speaking more about the track, Evey reveals:

I wrote ‘Nothing’ at a time in my life where I felt completely alone and detached from everyone around me. I was desperate for someone to guide me but in the end I realised that change had to come from within myself. I really hope it will inspire others, who may be going through a hard time, to find the courage to set yourself free and ‘figure yourself out’…

The track serves as the entrance to Evey’s wider musical vision, which she will be shedding more light upon as she continues to release more music. She aims to create a safe space, particularly for young people who are confronting their own questions and coming to terms with expressing themselves. She explains:

To me, writing music from the perspective of a young woman helps me deal with the many things in this world that need to change, be talked about and destigmatized – like mental health. With my music, I want to create a space for young people to speak their minds, because we all have a voice and equally deserve to be nothing less than who we are.

With such an inspirational core driving her journey with music, we got to know the new musician in more depth and hear from her about the exciting plans up ahead.

I’ve been doing music ever since I can remember, and I’ve always known that it was what I wanted to do. A lot of the time, people don’t really take me seriously, which used to be really frustrating to me and made me feel really alone. I remember always trying so hard to live up to everybody else’s expectation. At some point I realized that it wasn’t doing me any good, so I stopped caring so much about what everybody else thought, because in the end what really matters is what YOU think and what YOU want to do. So I guess my motto would be “just freaking do it! Speak you mind, live your life and do what makes you happy!”

If my sound had a colour it would probably be red. For me red symbolizes strength, power, drive, presence – it is a very distinctive colour, it pops out, which I really like about it and I would like to think my music pops out as well.

If you could set Nothing to a TV show or movie, what would it be the soundtrack for?

If I could place Nothing in a TV show it would be something like SKINS, no doubt. The show is one of my favourite teen series of all time. I think the themes in Nothing would resonate with SKINS, because the show, too, revolves around the difficulties of being young, feeling frustrated and insecure as well as isolated and alone. The show is a dark drama, that brings up a lot of important issues young people face today and it still manages to make you laugh while watching. Kind of like how Nothing, which is about feeling detached, insecure and alone, still makes you wanna dance, if that makes sense.

What helps you to feel connected again when you experience the loneliness and detachment that you sing about in Nothing?

Ooeh, that’s a really good question. Firstly I try to remind myself that it is ok to feel however I’m feeling. I think a lot of times when I experience that kind of loneliness and detachment, I get an uncomfortable need to socialize to try to escape that very feeling. But it rarely works for me doing so. Pushing the feeling away will only make it hit me even harder at a later point. Instead what really helps me, is to spend time by and with myself. It probably sounds a bit contradictory when feeling lonely, but spending time with myself and acknowledging how I feel, is what works best for me. Maybe dressing up, dancing like crazy and enjoying your own company might work for you as well. Try it out !!

What do you think you’ve figured out about yourself from that period?

I think the most important thing I learned from that period was, that I was lonely because I didn’t know how to communicate with myself and with the isolation and loneliness I felt at the time. And that by communicating, opening up to myself about my anxieties and fears I was able to grow and heal from that. I was so desperate for someone to ‘figure me out’, to do the work for me, until I realized that I had to do it myself in order to get better. At the same time I realized that I wasn’t alone. So many of us feel like this at certain times in our lives, especially a lot of young people. It’s so easy to get frustrated, because there are so many things to be angry and sad about in this world. But knowing that we’re not alone makes it easier and less hopeless I think. Together we have the power to change.

Which artists affect and inspire you in the same way that you hope to inspire others?

This is a hard one… There are so many! But I’ll mention I few who’s made a great impact on me and my music. Patti Smith is a big one for me. Her whole persona and the fact that she’s an amazing poet and lyricist, one of the coolest punks ever and still manages to make her music accessible for everyone is really impressive to me. Plus the fact that she delivers her art with great confidence and is unapologetically herself – she’s a badass. I also have to mention Alanis Morrisette. I love her for her rawness and honest lyrics – she’s a great inspiration too. They aren’t afraid of expressing themselves, which I love them for. They inspire me to express myself and be loud about what I believe in and want to fight for, which is something I hope to be able to do with and through my music.

Why do you think music is such a powerful vehicle for change?

Throughout the years, music has been a vessel for people to express themselves and their opinions as well as a tool for political and systematic change. I think what music can do and what makes it so unique as a vehicle for change, is that it can make us cry, laugh, feel angry, feel happy – it touches us. We feel music. And I think that’s why it so powerful, because it speaks to us. We can relate to music, we can connect to it.

And I’m going to hit you with an even more cliché answer – EVERYTHING. I seriously don’t know what I would do without music in my life. Music has helped me find a way to be myself and to express myself like nothing has ever helped me before. Music is a very powerful vehicle for young people to express themselves, figure out who they are and what they believe in. Music allows me to dream, to feel alive, to be in contact with my emotions, to express myself and escape from reality from time to time when it’s all too much. It’s my creative outlet, my best friend and the love of my life. I don’t know who I would be, if I hadn’t started singing, picked up piano and writing songs. But luckily, I guess I’ll never know.

Tagged with: Artist Of The Week, Interview, Watch