Though at first sceptical of her ability to vocally perform a rock track, WILLOW has proved herself as more than capable of delivering infectious punk attitude with her alt-rock latest single. 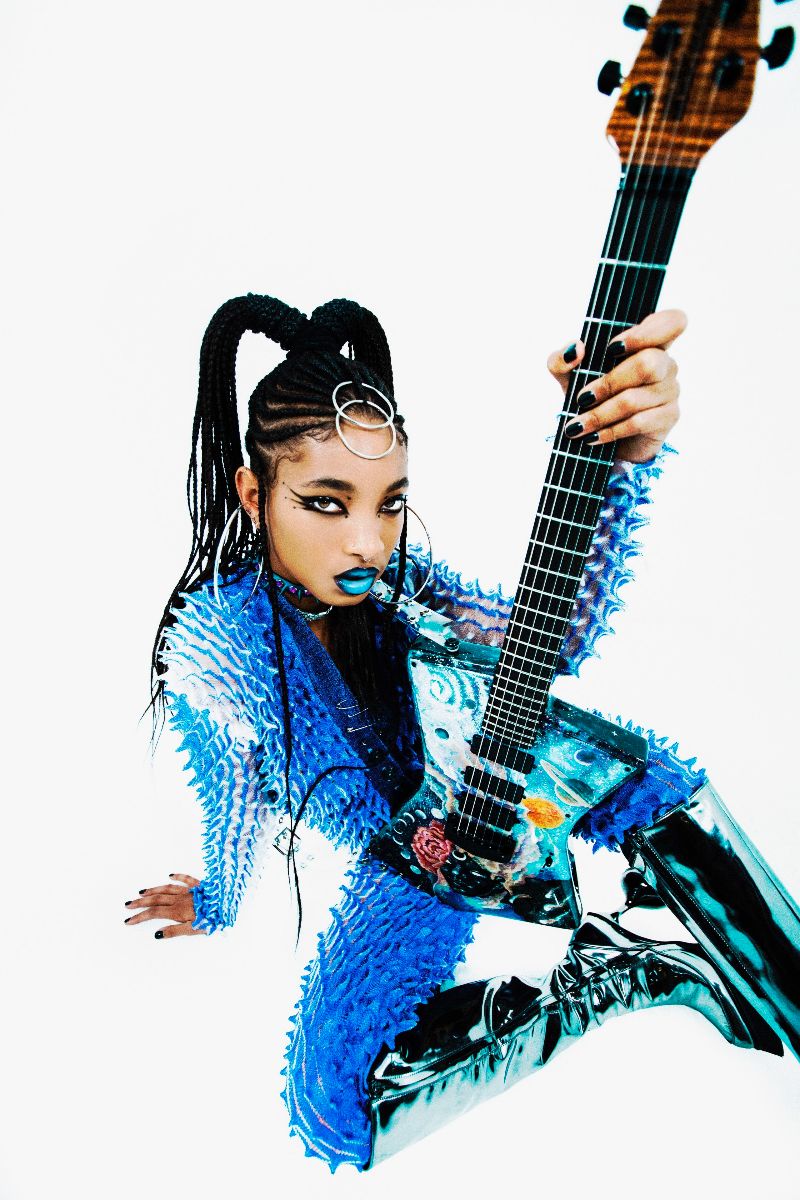 Ultimately confirming herself as a force to be reckoned with, WILLOW masters yet another genre, alongside the phenomenal pop-punk hero Travis Barker, of Blink-182. Touchingly following in the footsteps of her mother’s nu-metal band days, WILLOW channels her favourite alt-rock, pop-punk and emo exemplars, like Avril Lavigne, My Chemical Romance and Paramore, in the latest single t r a n s p a r e n t s o u l.

WILLOW has spent a majority of her life working in the music industry and creating RnB-tinged music which supported her vocal training. However, due to the pandemic, she has had an abundance of time to experiment in her writing process and has begun to compose songs, which are deeply inspired by her musical heroes and utilise her impressive guitar-playing abilities.

The beauty about WILLOW’s everchanging sound is that she stays true to her introspective, philosophical song-writing and soulful vocals – she just masterfully adapts these skills to fit each new genre that she attempts. Her latest release is reflective of this adaptability because the track possesses her signature impassioned vocals and stirring lyrics, however she has still made a very conscious effort to combine her uniqueness with the gritty key elements of pop-punk music, such as a catchy hook, energising guitar riffs and lively drums.

With her fifth album on the way, which will embody her continual evolution both in the music industry and generally as a young woman, it appears that WILLOW has courageously unlocked some deeper belief in her multi-faceted self which is beginning to reflect in her exhilarating sound. Without a doubt, t r a n s p a r e n t s o u l means that WILLOW can add pop-punk to her highly alternative and outstanding repertoire. She shares:

I am so grateful for this tune because it was created in such an introspective time (during the first couple months of quarantine). It was the song that proved to me that I needed to let go of the insecurities I had about making a project of this genre.

t r a n s p a r e n t s o u l serves as an awe-inspiring introduction to WILLOW’s exploration into her own remarkable capabilities as a dynamic and versatile artist.