“I wanted to move on,” we sat down with Katy J Pearson – a timeless, western-pop artist who paved her own musical path by breaking through normalities and trusting a deeper self – to discuss her journey through her liberation of musical self-expression. 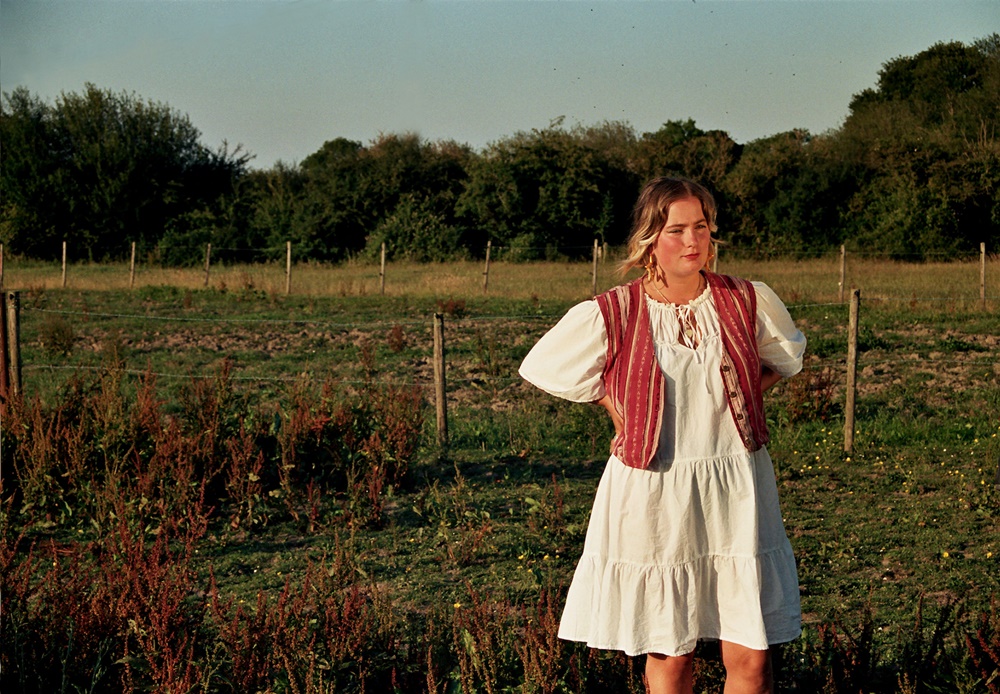 Katy J Pearson, a blossoming singer/songwriter, shares her effortless yet mystifying talent as an enigmatic, Americana rock musician who has the perfect country heartbreak album, Return, through the simple action of self-articulacy. GIG GOER sits down with Katy J Pearson to find out more on her sparkling yet humble mindset.

Katy J Pearson is a young creative who slipped out of the corporate music industry into her own visionary space where her inventive techniques could finally be welcomed. “I grew up in the countryside and not in the city,” Pearson says, as she sits comfortably in her Bristol home. “When I was writing, I wasn’t too influenced by the buzz at that time that the city was producing. I grew up in a small town where I developed my sound naturally, rather than trying to match what others were doing.”

Pearson’s rise to west country renown was far from a conventional path. Whilst releasing her album and writing a current album during a global pandemic, Pearson reflects, “I can’t think of a better time to have released this. It wasn’t what I imagined when looking at my peers and how they released their albums. It wasn’t normal, but people needed this. People needed new music and for my own mental health, I wanted to release this album. I wanted to move on.” She did more than just “move on,” instead Return triggered the next chapter for her musical career.

While unintentionally immersing herself into the country scene, this songbird birthed herself into a new era – where country twang marries indie-pop. “It’s like tongue-in-cheek, for me,” Pearson explains while discussing the societal title, “You can’t escape getting pigeon-holed in the music industry, it’s the way it goes. I don’t feel the pressure to continue that legacy and my new album isn’t country at all,” she modestly states. “But I will say I do love country music.”

The older I become, I don’t worry about who I’m meant to be impressing anymore

Something that Katy J Pearson flawlessly embodies is the practice of her freedom. After working with a label that left little to no room for self-expression, Pearson found herself at Heavenly Recordings where she is able to create without limitations. “The older I become, I don’t worry about who I’m meant to be impressing anymore. Especially in England, the moment is ‘post-punk’ so there isn’t much singing, which I love, but I was raised on something the complete opposite.” She fondly reflects, “It’s refreshing to know you don’t have to stick with one thing. You can do your own thing and it can still go well.”

Her inspirations range from Joni Mitchell to Stevie Nicks to James Taylor to Crosby, Stills, Nash & Young; sonic queues that can be found in her own tracks like Beautiful Soul, Tonight, Something Real, and Fix Me Up.

Even though Pearson is an independent musician that defines her own rules, her support system keeps her afloat during times of heaviness. This reinforcement takes shape as her loving parents who encouraged her to learn things on her own, creative friends who helped direct and style her visions through the lens, kind strangers who soon became the backbone of the band, and collaborative producers like Ali Chant, known for his work with Perfume Genius and Aldous Harding.

“Ali Chant getting on board was such an important moment. The album wouldn’t have existed without his help. He was the perfect person to work with.” Pearson narrates, “I started brushing my teeth at the studio because I was rubbish at waking up on time. One day I was brushing my teeth along to the song and Ali thought it sounded good. I thought he was joking, but then he set up the mic and recorded me brushing my teeth.” She pauses to giggle, “It was pretty gross, actually.” A hidden easter egg that can be heard in the track, Fix Me Up. “You need producers who show you that no idea is a wrong idea.”

Pearson’s palpable growth is felt through every word she vocalizes as we speak about re-parenting ourselves, as female creatives, to take up more space in an industry that encourages the opposite. “From my experience being a woman in music and working with a lot of male producers at such a young age, I felt very self-conscious about voicing my input when it came to the mixing or production of my songs. I felt like I was the artist and that they (the male producers) were the only ones capable of the production aspect which is something that’s wrong with the music industry.”

During our virtual session, I was able to conclude that Katy J Pearson’s magnetic energy is shown not only through her distinct sonic palette but also through how she converses with others. I found myself forgetting we were strangers who just met moments ago. We sat and connected over each other’s future aspirations, curated fashion senses, and manifestation techniques. “Seeing my favorite artist expressing themselves through clothing has really inspired me to express myself,” she shares. “I think I always looked at musicians’ clothing choices and fashion sense because it’s a beautiful ode to their music and their energy.” This is something Pearson does effortlessly, dressing in her energy from head to toe.

During the topic of her new musical work she studies her intentions, “I realized at the beginning of my music career the songs I was writing were so disconnected from how I was actually feeling. Before it was, ‘all these feelings are coming to me at once, what do I do?’ But this album is just a bit more grown up. I am not scared to confront those feelings now.”

Pearson is getting ready for her August/September headline tour in the UK. As we reflect on the last year of global pause, she states, “I am just excited to play in front of a crowd, again. The record came out in the heat of the pandemic, so I haven’t been able to play it live. When I do get to play it in front of an audience people might actually know the words to the songs. I’m probably going to do loads of crying.” While she is grateful for the opportunity to perform at the SXSW 2021 virtual festival, she looks forward to playing in person next year. “My dream has been to go to Texas and play SXSW in person. By the time my second album comes out it will be the perfect time to visit America and be involved with the festival again. I need to be on that Texas soil.” Spoken like a true Wild West woman.

Katy J Pearson, labeled by others as the 1970’s Texas dream mom, says she isn’t looking to be a quick success story and that her western dynasty will evolve throughout the years. But what she wants to be known for is her constant hard work. “I’m just looking for people to see that I’m consistently putting out good work. And to be known for being a nice person, to be honest. I care about my music but as long as people see my intention while I’m creating, and don’t think I’m a dick then I’m happy.” A simple dream for such a driven artist.