Band Of The Week // THOSE WITHOUT

Get ready to jump and rock out with Those Without for their recent release Weightless. 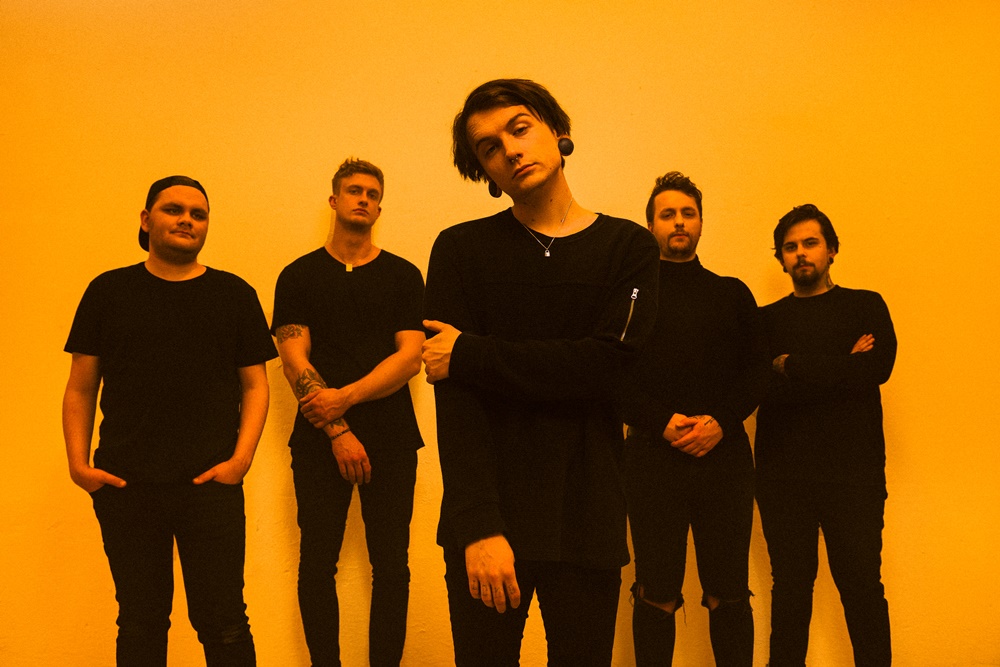 Pop punk isn’t dead, and Those Without are here to make sure that statement stands. Following the release of their EP Neon Minds last year, the band has scored features on various Spotify playlists and the excitement looks set to build as they get ready to release their debut album, Bittersweet, on September 24th.

With their most recent release Weightless, the band pull out all of the riffs and punchy choruses to make you jump around and get your heartbreak out in a feel-good catharsis. A heartfelt start draws you into the more emotional side of the track, as lead singer Oskar Westlin melancholically sighs, ‘I wanna go home’, but it doesn’t take long before a chorus picks you off your feet. The charged guitars and high vocals will make you forget all prior thoughts as you get too wrapped up with the urge to headbang and jam out, with the vigour of the track quickly firing up every atom in your body.

The band has also shared a highly entertaining music video, which sees them rotating between various identities, from cowboys and emos, to busting out dance routines as a faux 90s boyband. It brings a humour into the track that is suited to the dynamic melody, and offers a contrast against the desperation of the lyrics.

Unable to resist a laugh and their charm, we chatted to Oskar more about his favourite moments of making the highly entertaining video, and what fans can look forward to from the band’s upcoming album.

I’m not sure we have a specific motto or mantra we live by to be completely honest. We’re a couple of “live in the present” type of guys, who choose to take each and every day as it comes. As cliché as it might sound, no matter what obstacles are put in front of us we’ll simply find ways to pass through them.

I’d like to think it varies from song to song! We try to differentiate our sound a lot, so while some of our songs shine brightly in yellow, we definitely have songs that are shaded in darker colours like black as well. We like to think of our sound as a whole palette of colours and shades!

If you could set Weightless to a TV show or movie, what would it be the soundtrack for?

I’d definitely place Weightless as the soundtrack for an early 2000’s teenage movie! While being a pretty serious song about clinginess and feeling smothered and suffocated, the instrumentals and rhythm of the vocals gives Weightless the classic “American Pie Soundtrack” kind of vibe! I could definitely see Weightless being played as the cameras zoom out to display the college the main character’s attending.

What inspired the music video for Weightless?

Alec, our video maker dude, pretty much came up with it all. When brain storming ideas for the music video, he basically just said “bring outfits to represent a western look, an 80’s look, a scene emo look and a 90’s boyband look”. We had no idea what to expect, but we did what we were told and look where it got us! Couldn’t thank Alec enough.

What was your favourite part of filming the video?

Definitely gotta be the dance for the boyband part! Like I mentioned, we had no idea what to expect from this video so when our good friend Oscar showed up at the set, we just assumed he’d assist with the filming, but we were wrong. Like really wrong. Oscar told us he was so excited for the boyband parts that he spent the night before putting together a whole choreographed dance for us. Now if you look at us, you might think we’re not a bunch of dancers. And if that’s what you think, you’d be 100% right. We spent a loooong time putting together a dance that lasted for a maximum of 20 seconds, and we failed miserably a lot of the time. But it was incredibly fun and given the opportunity I’d definitely do it again.

Drawing inspiration from the music video, if you could go back to any decade of music that you’d like, what decade would you go to?

Honestly, I think you’d get a very different response for this question depending on the band member you asked. Personally, when it comes to the fashion and the general state of things, I’m a fan of the 90’s. However, if we look at things from a musical standpoint, I think (possible controversial opinion) the current era we’re in is incredibly good, and I wouldn’t trade it for any other era. I honestly think some of the best music that’s ever been written was released in the 2010’s.

What’s been the most unexpected part of recording your debut album so far?

This question is really difficult to answer, seeing as everything is unexpected! We haven’t released anything like this before, and we’ve dived face first into this adventure not knowing at all what to expect! Every day unexpected things happen, like people covering our songs, hitting us up, things we would’ve never expected could happen to us when we started writing the album.

What are you most excited for fans to hear from the debut album?

I’m insanely excited for them to hear the variety of songs we’ve yet to release! Bittersweet is an album with immense variety between songs, and I honestly think that a lot of the music still unreleased will surprise people. We’ve written music for every type of listener for this album.

And with a slightly cliché response, music means the world to us. There’s nothing in this world that any of us would rather do than music and that’s something I can safely say applies to all of us. I like to think that if only one person listens to our music and it makes them feel something, we’ve done something right. Music is such a powerful thing, and all we want is for people to share this love for the art form with us.