After what felt like an eternity, Slam Dunk came to life in 2021 and the bands, the staff, even the weather went above and beyond to deliver an unforgettable festival revival. 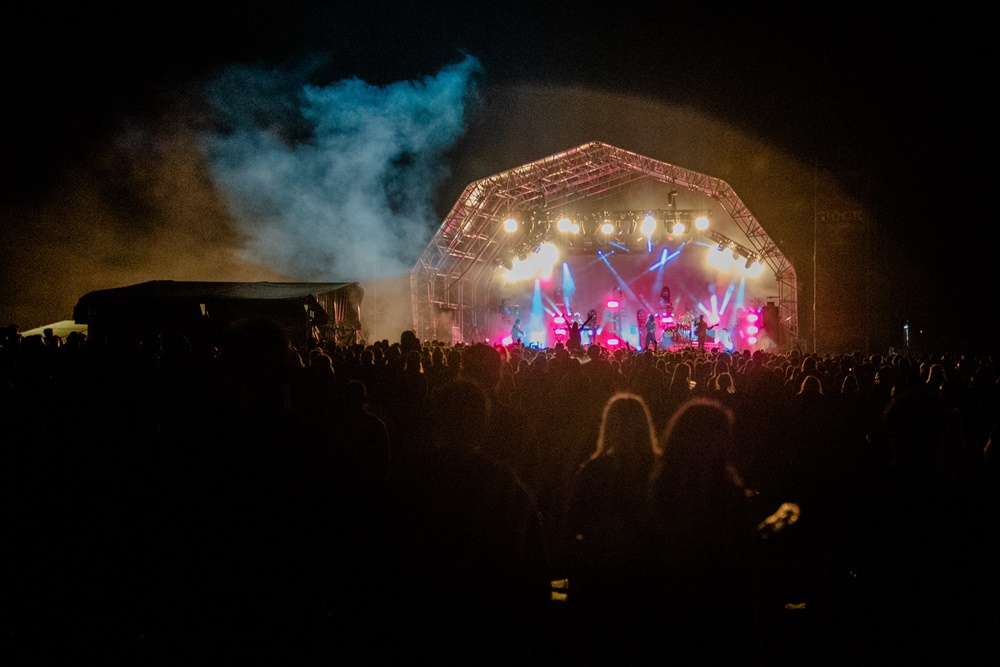 The original lineup had suffered some changes and despite (or thanks to?) this, the festival had something for everyone and was bound to be nothing short of amazing. From the stellar lineup a few bands stood out and we were beyond excited to see them live, but also the thought of discovering a new gem, a new challenger for the prestigious position of ‘favourite band’. Without further ado, here are the bands whose performances stood out the most.

Let’s start with Creeper – a band that released a romantically eccentric album during quarantine titled Sex, Death & The Infinite Void. Once again, they did not disappoint and delivered an energising and engaging performance sprinkled with singalongs, setting the bar quite high for all the bands to follow. It really didn’t feel like the quarantine and lack of gigs had any effect on them in any way. 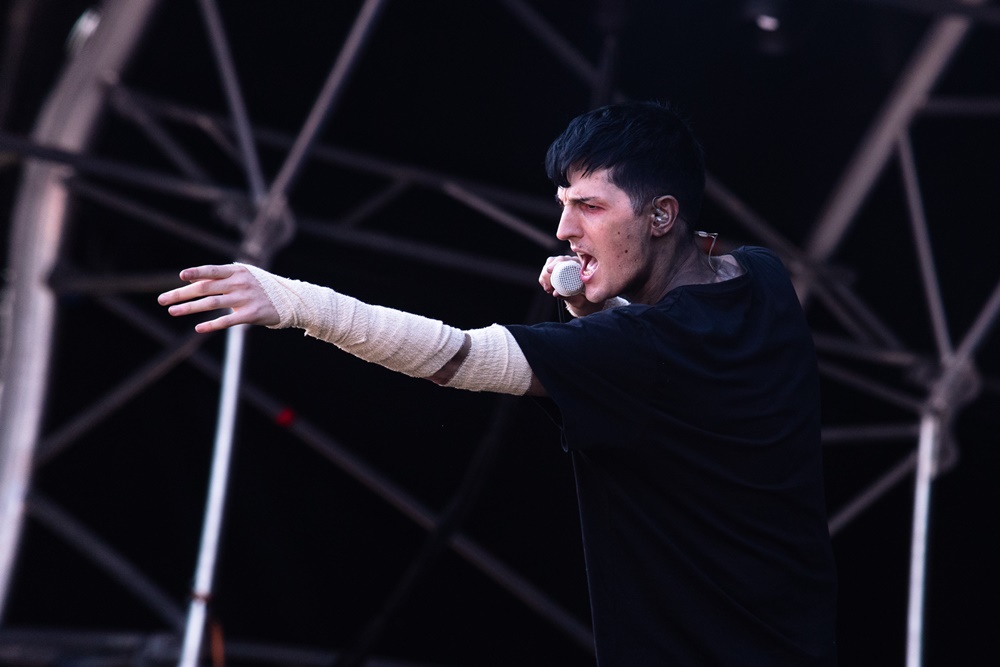 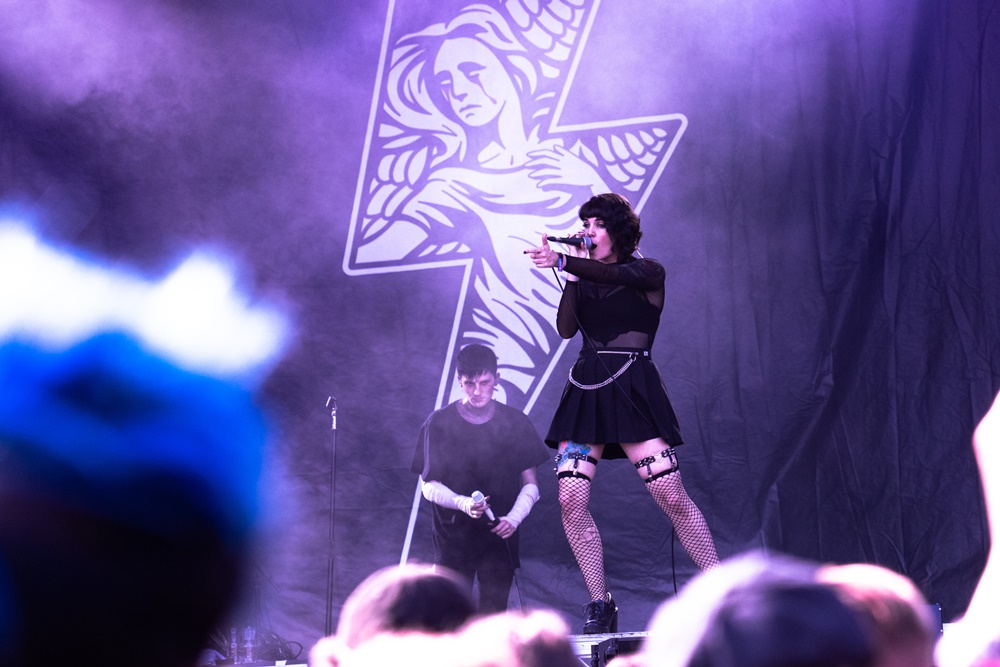 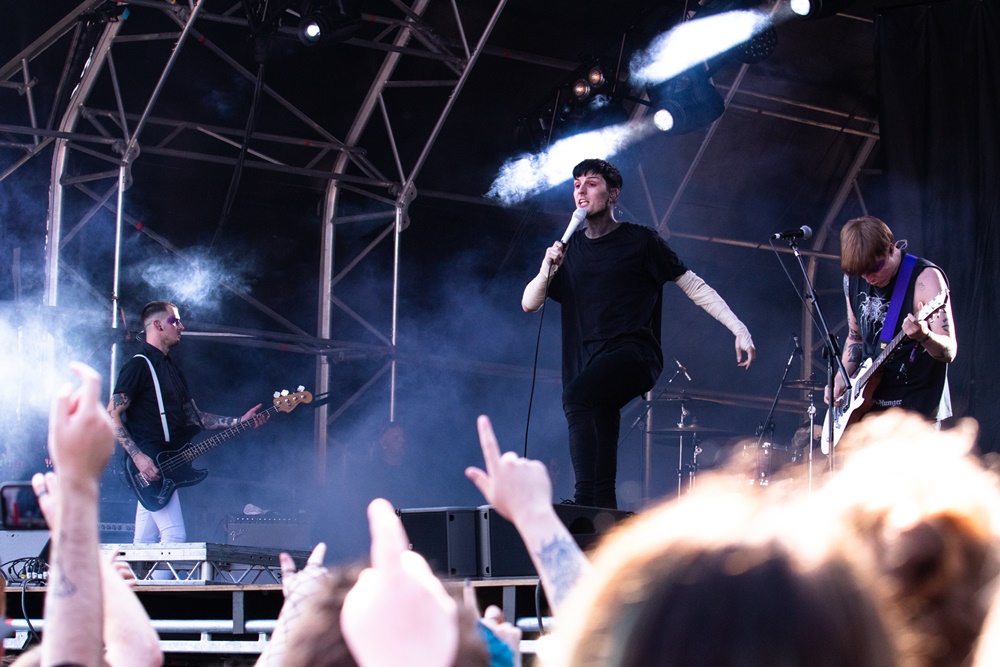 Trash Boat were more than a pleasant surprise – it was an exciting discovery. On top of blasting feisty and powerful tunes while keeping the audience’s eyes glued on Tobi Duncan’s performance, the vocalist also had a few important points to make on nipple equality in media, the irrelevance of artists’ sexual orientation in their career and above all on what it means to be a true fan – support the band’s evolution, even if it means they change their genre. Overall it was a memorable show and we’re very grateful we got to see what the rave was all about. 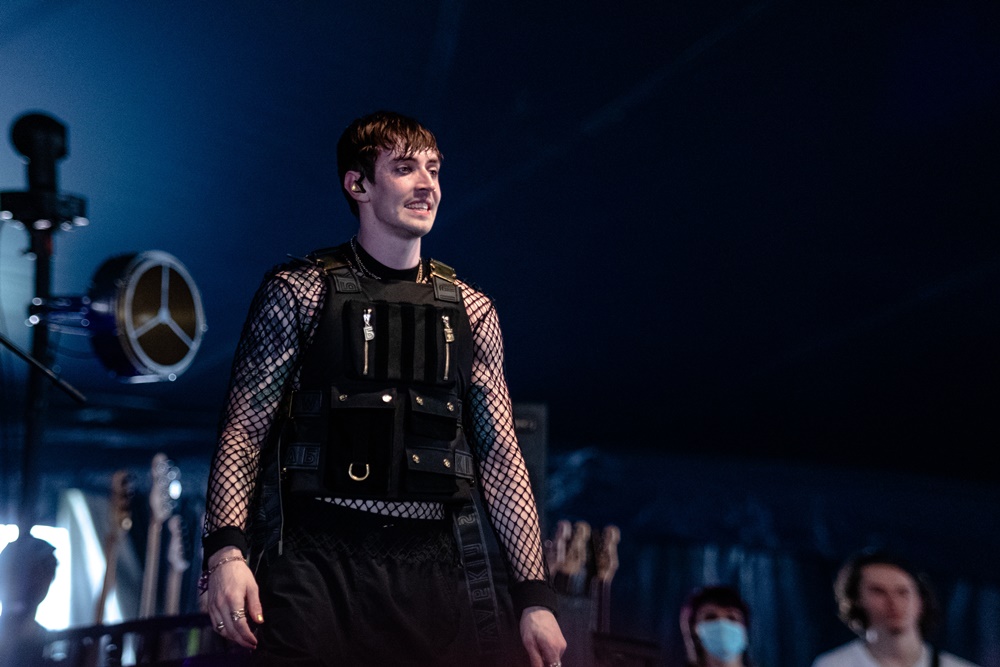 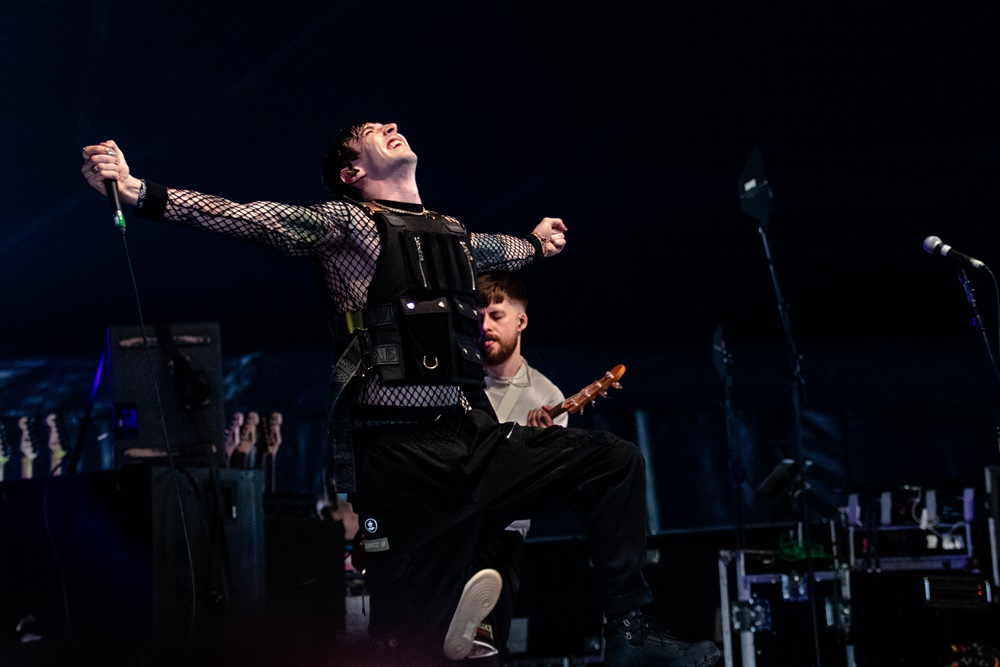 Skindred were everything we expected and more. With rambunctious rhythms and intoxicating choruses, they kept their fans up on their feet jumping and swinging t-shirts the entire set. It was wild. 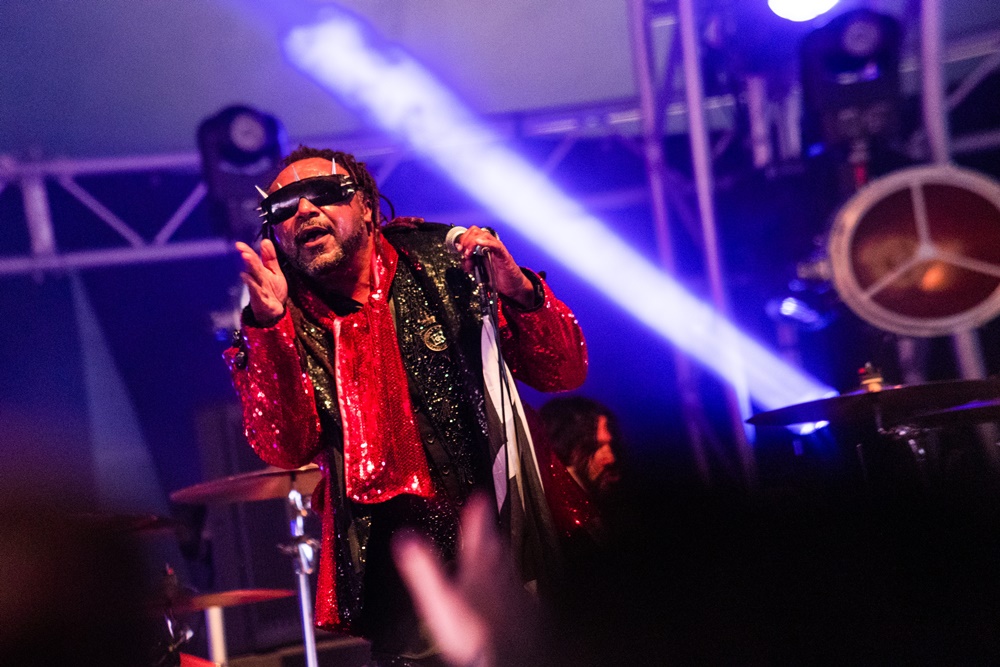 Ever since Cannibal dropped, we’ve been keeping an eye out for Bury Tomorrow’s  tour announcements. We. Had. To. See. Them. ASAP. And there they were on the Slam Dunk’s Jägermeister Stage, blowing away all our expectations. Heavy, ferocious yet soulful, they delivered an exemplary performance with ace vocals and shattering instrumentals, while somehow creating a lovely and safe atmosphere with witty chit-chat interludes. And so, crowd surfers sprouted from every corner of the tent as soon as vocalist Daniel Winter-Bates gave the command…while politely thanking security for their efforts. 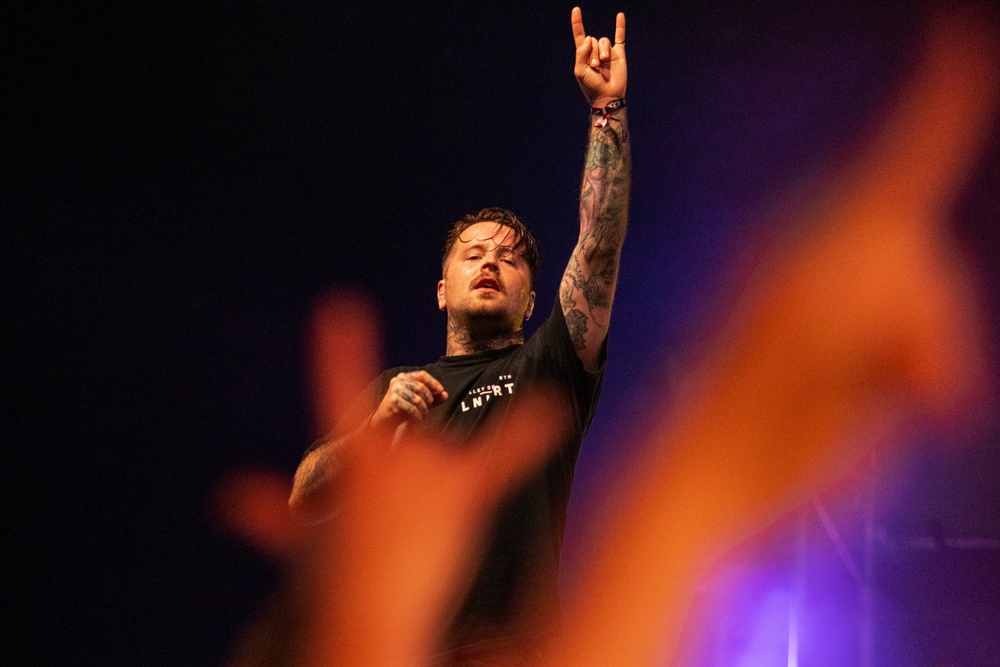 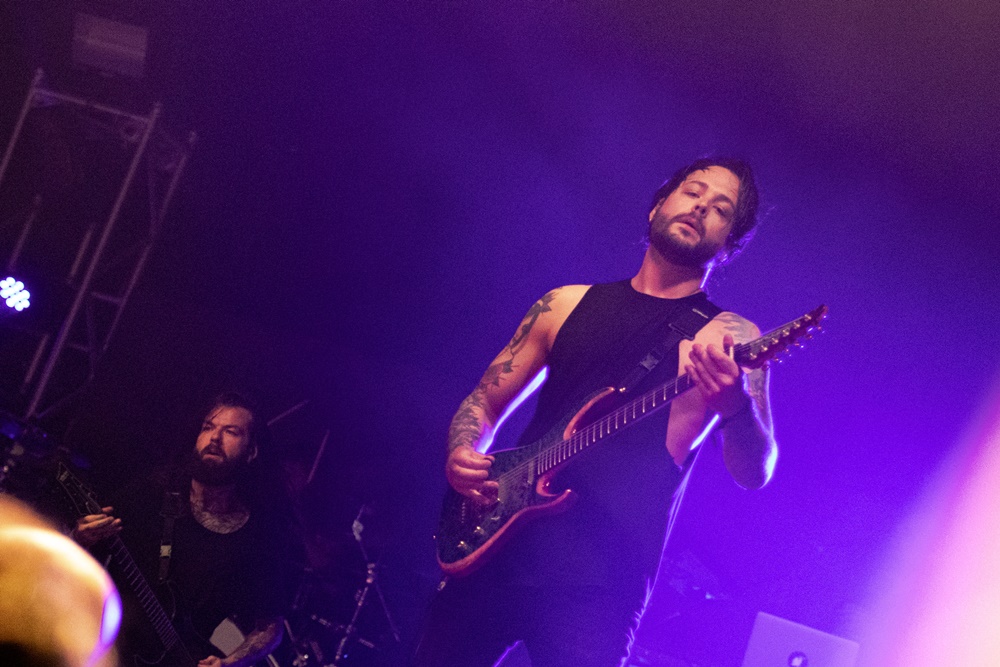 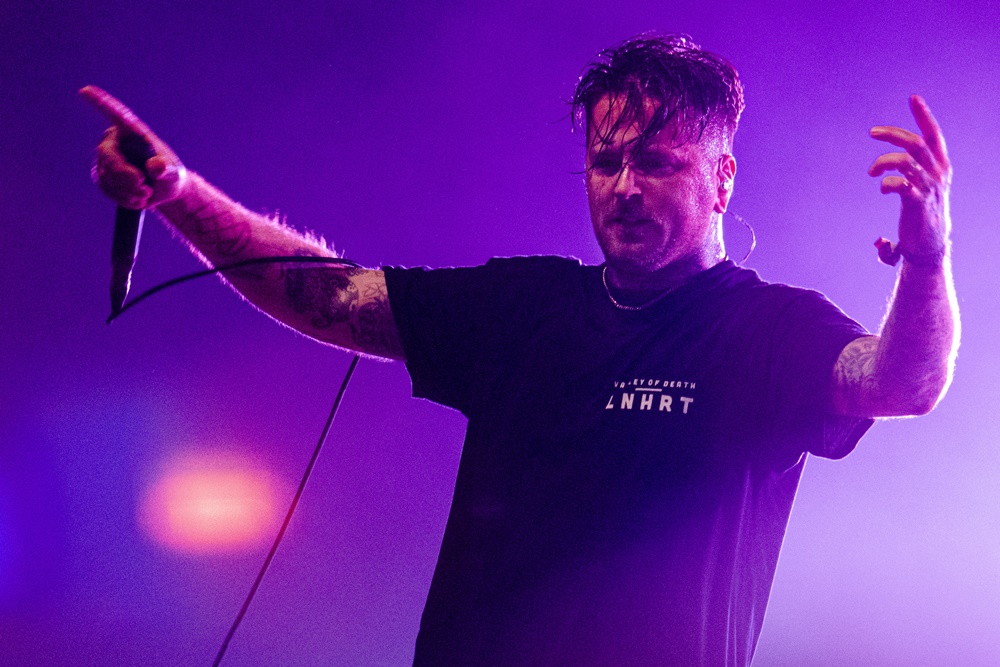 With a highly political, anti status quo last album and with a mayhem raising attitude exacerbated by a thunderous sound, While She Sleeps packed the not-big-enough-anymore Jägermeister tent and released their fans’ wildest manifestations. Fuelled by the band’s most explosive tunes, crowd surfers and mosh pits defined the set and lasted from start to finish. We can safely say these guys were everything we hoped for them to be and already cannot wait to see them live again. 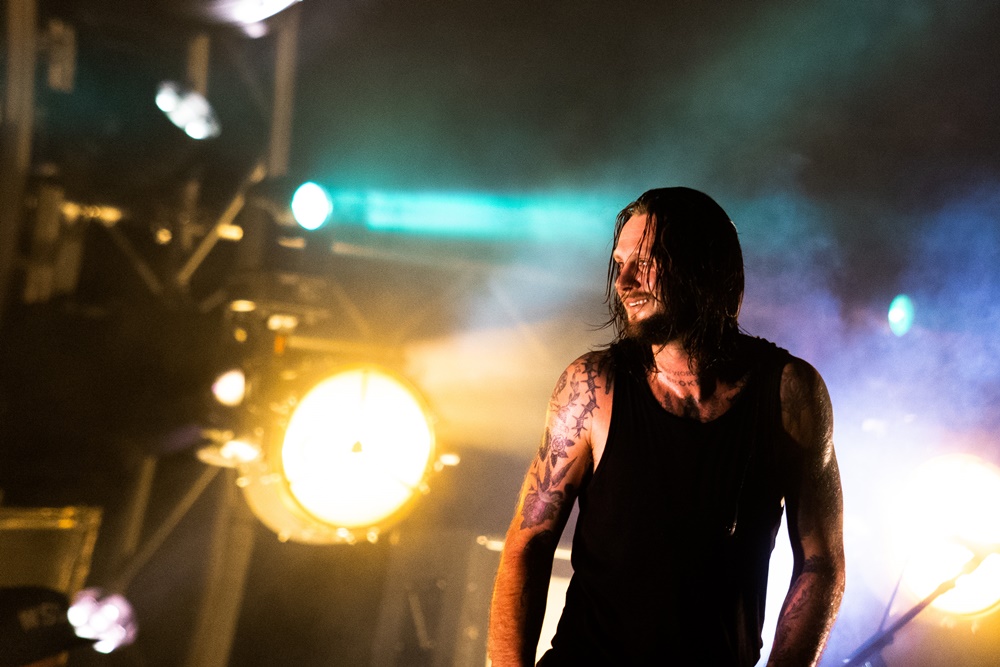 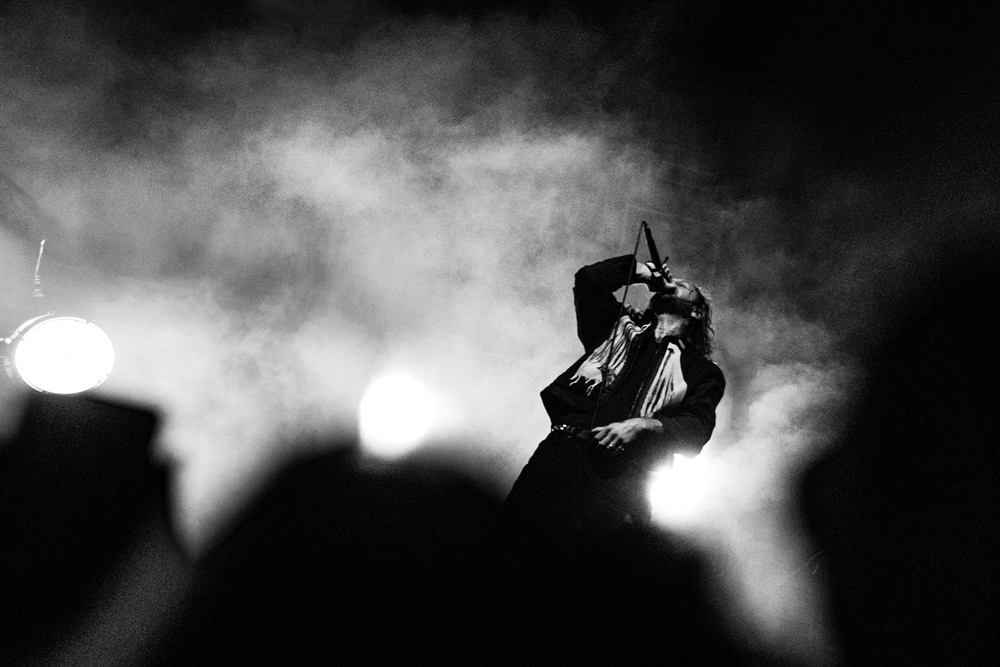 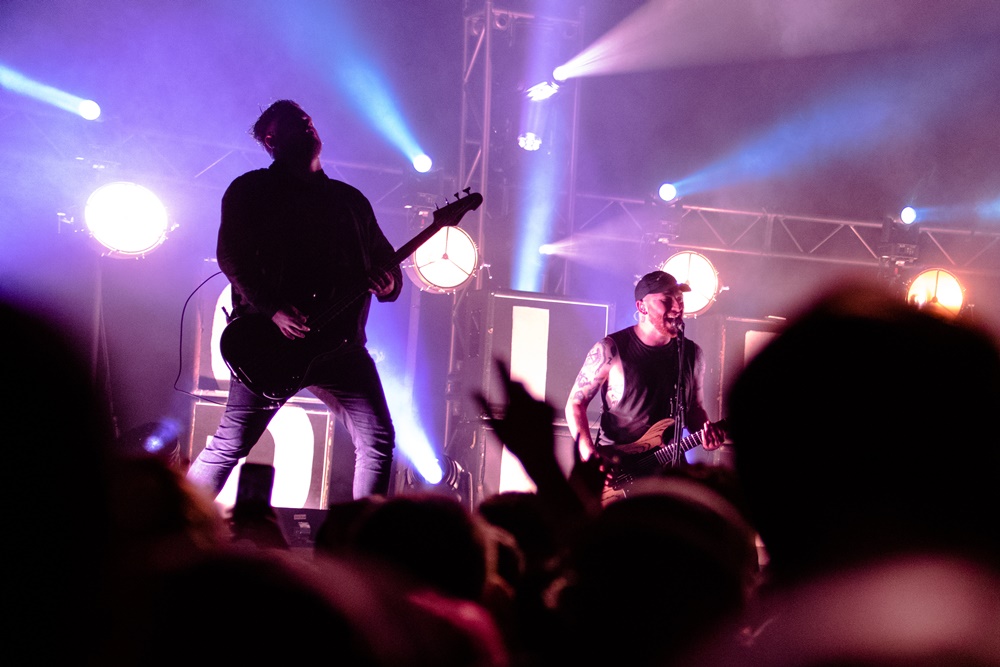 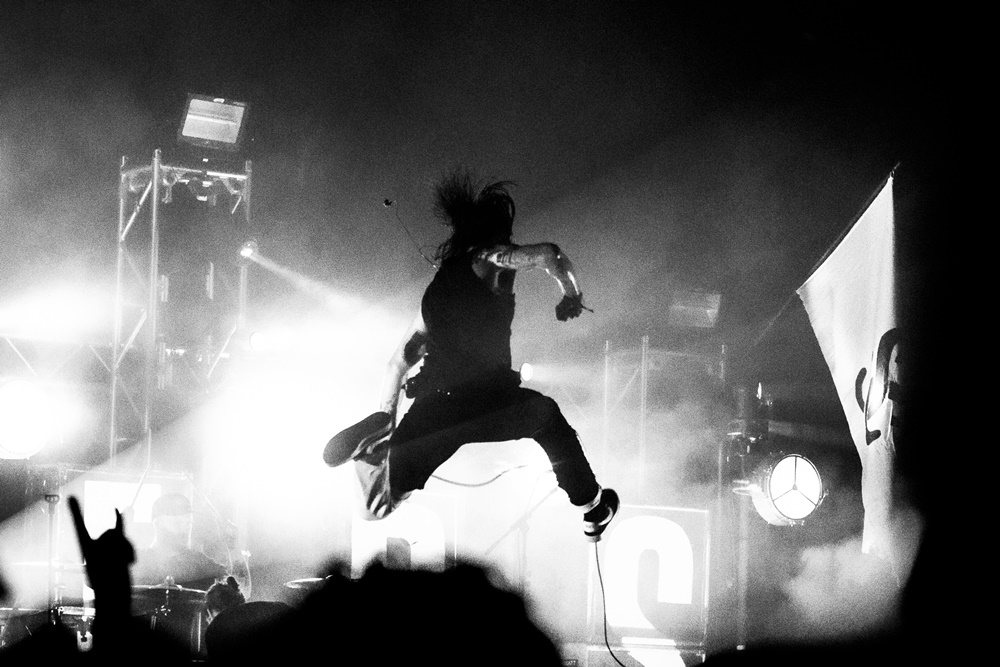 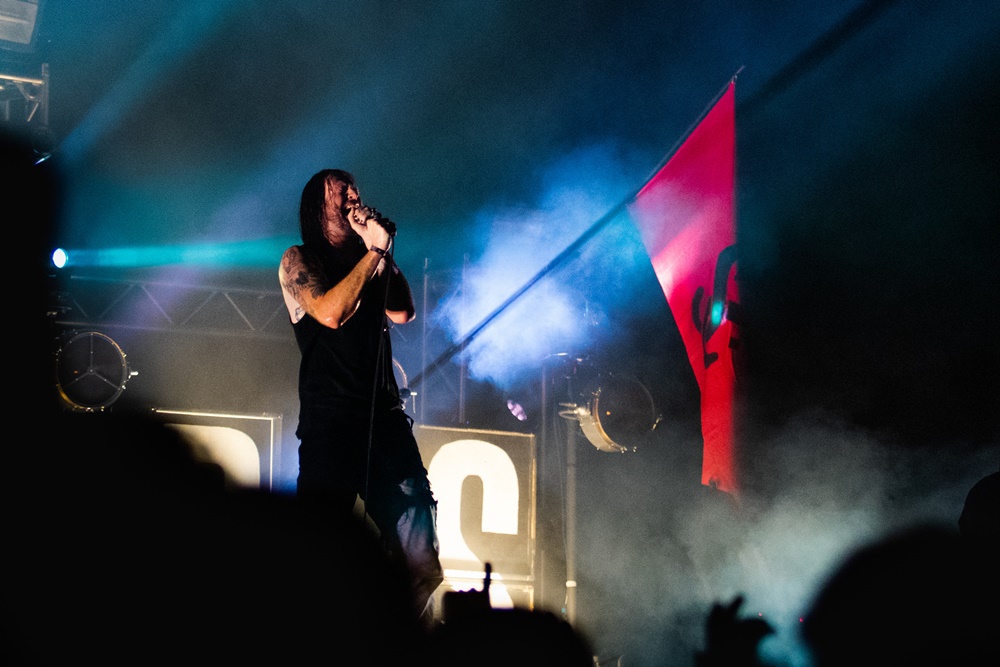 The headliner. It would have been quite disappointing for them not to make the list but fret not – they made it and they wholeheartedly deserved to. Taming down the purely wild energy from While She Sleeps’ and Bury Tomorrow’s performances, Don Broco added a bit of class and dance vibes to the whole rock show situation. It was a highly enjoyable performance, striking the sweet spot between unleashed heaviness and singalong-worthy musicality. It was truly the best band to close such a highly anticipated, day long festival on a high and send everyone home with a spring in their steps. 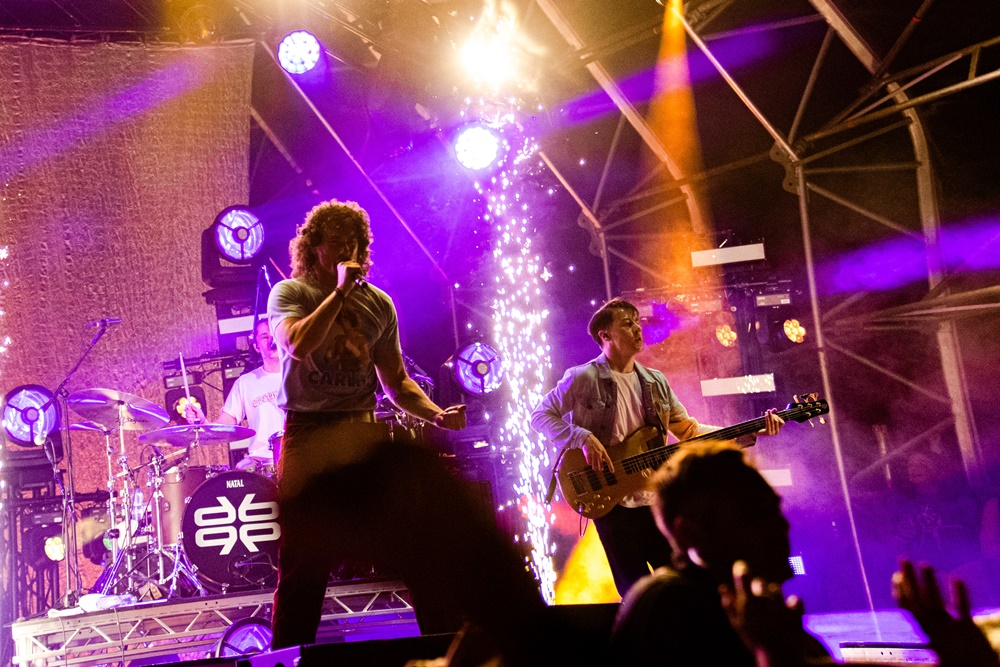 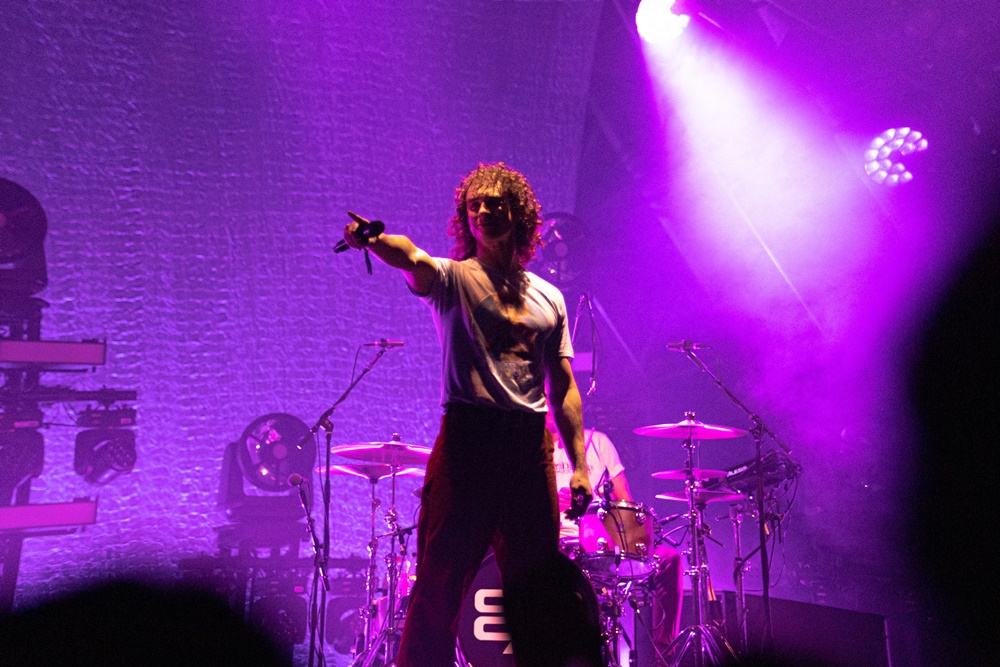 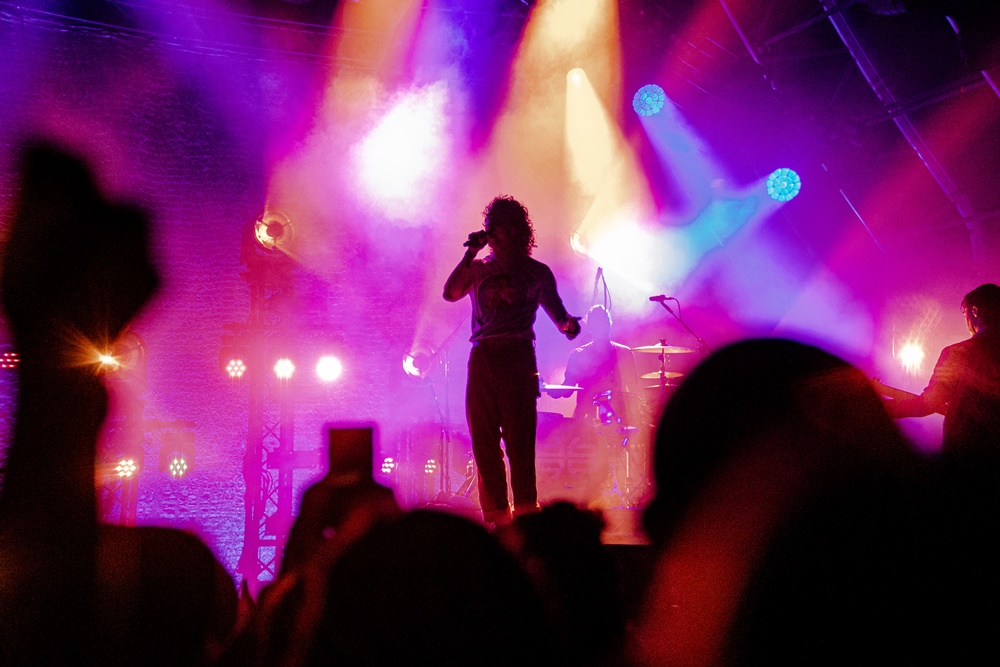 One subtle thing we loved throughout this festival was the bands’ dedication to giving their fans a memorable and safe show but also the solidarity and support for each other through shout outs and guest appearances. A few stood out: Wargasm‘s Milkie Way joined Trash Boat on stage to amp up the energy even more, While She Sleeps had Malevolence‘s Alex Taylor roar BMTH’s Oli Sykes’ part during Silence Speaks to the delight of everyone and to top it all off, WSS’s Loz Taylor was invited on stage with pure excitement by Don Broco for an explosive performance of Action.

All in all the day-long festival made for an unforgettable experience, striking a lovely balance between granting permission to debauchery and indulging in quality live music.