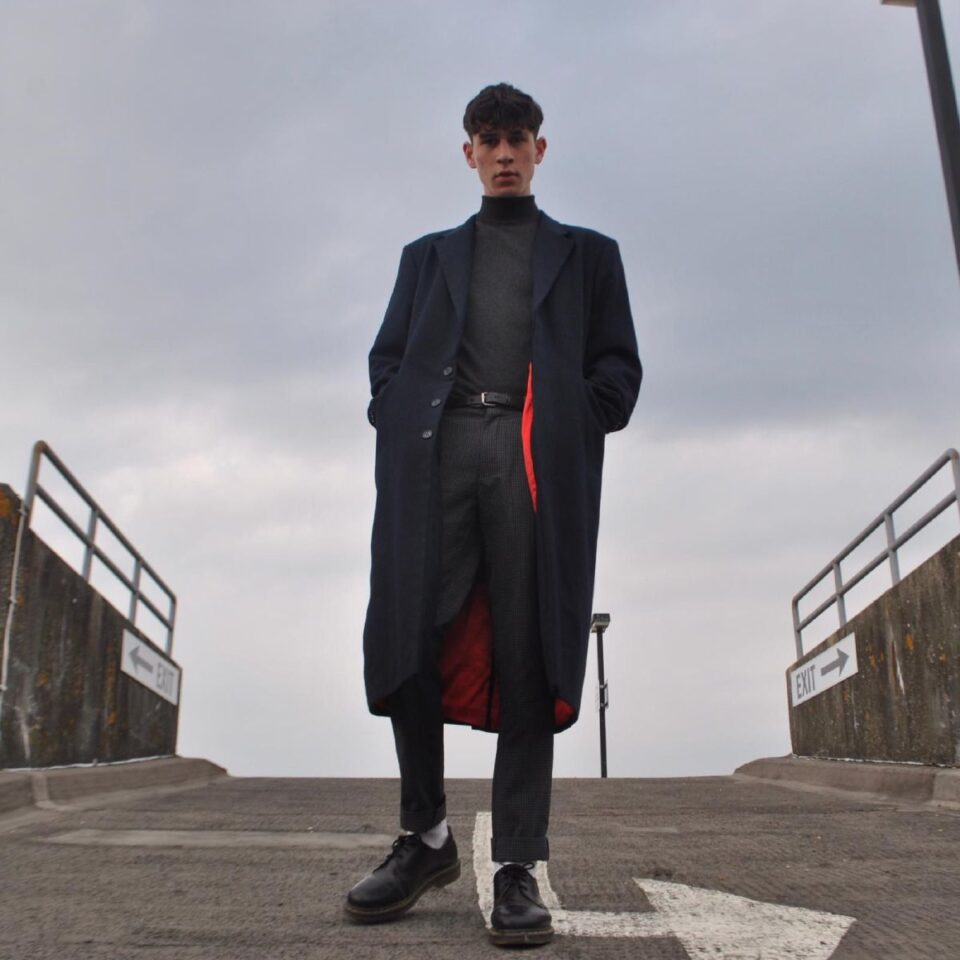 19-year-old Harvey Jay Dodgson brings a big sound from his hometown in Portsmouth – even prior to officially releasing music, he’s caught people’s attention and played the Isle of Wight Festival. Well, the curtains are now fully drawn back as he shares his blistering debut single, Caroline. With a boisterous energy and a rock drive that will ignite any passion within you, Caroline is a statement introduction that won’t be forgotten for a while.

Opening with a dark, grungy riff, it’s clear from the outset that this is going to be stomping track with a big personality to match. His gritty vocals add onto the rawness of the track, and it’s a sound that bears all the making of a rockstar with unflinching beats, suave lyrics and a grounding bass. As the chorus swings in, Harvey picks up the pace and quickens the tempo for a blood-pumping, adrenaline-fuelled kick which will charge you up for the remainder of the track. Although you may not know a ‘Caroline’ per se, the conviction with which Harvey delivers the track will help you quickly conjure up the personality being referred to and send you straight to the heart of the track.

Feeling charmed by the track, we spoke with Harvey further about the process of making his first single, and the impression he hopes to make.

Stay true to yourself. It’s something I’ve always believed in, for the music that I write but also as a person – do something because you want to do it, and be the person you want to be.

I suppose an obvious choice would be indigo after the name of my first single, and in a way it does represent the calmer side of my music as well as the darker undertones. Orange would be another option, for the more vibrant and upbeat songs I have.

If you could set Caroline to a TV show or movie, what would it be the soundtrack for?

Why did you choose Caroline as the track to debut with?

For me, Caroline is a statement, an introduction. I wanted to release something catchy, fast-paced, as well as presenting the more grungy and dark music I write (evident in the verses). It’s structurally short and to-the-point but lyrically it’s a double entendre and this eludes to some of my other songs I have written and hope to release.

How did the inspiration for it come about?

I wrote it when I was sixteen so it’s been a while now! But I believe the summer was coming to an end (which I always loath because it’s my favourite season) and ever since I first began writing songs I have written about the more gritty aspects of life. I guess I thought I’d combine the two and that’s where the double meaning comes from. The switch in tempo from verse to chorus would have come from my younger self playing solo and therefore being able to play at whatever speed I fancied …

What impression do you want to make on listeners?

Intrigue and curiosity. What style will the next song take after?… What does the deeper meaning of the lyrics mean?… What pickups does his guitar have to make that sound?… I am absolutely clueless about pretty much anything guitar related so I couldn’t tell you, but I do know that I’d love to influence people, whether musician or non-musician, and leave people with songs they can put their own meaning over as well as just enjoy listening and dancing to.

For the first few hours my producer, Mike Smith, was dead certain that Caroline sounded more like “gammon ham” after recording the first few takes. Nearly stuck with it, could have brought a whole new meaning to the song…

Music is in everything that I do. Listening, creating, performing, dancing – it all revolves around music for me. It also has an incredible ability to throw you back to a specific moment in time, remembering the location, people you were with, even certain scents, feelings, and what horrific outfit you were wearing. Hugely nostalgic. Therefore, for me, music is everything.