Bullet For My Valentine took the Eventim Apollo by storm with newly found life force and intense musical precision. 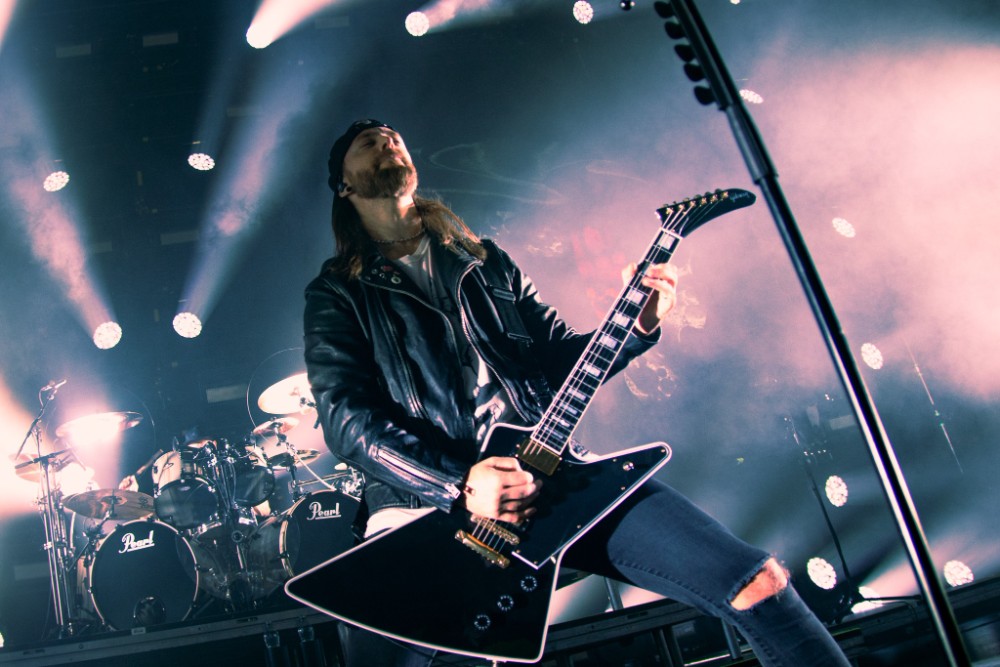 Celebrating their self-titled new album released on the same faithful Friday night as their London show, Bullet For My Valentine took over the stage with none other than Parasite, the first tune off their new album. From the moment they stepped on the stage you could tell: this show was going to be heavy, loud, overwhelming and just what the doctor recommended. As the band took their places and the lights started filling the stage, the show began full-force and only went up from there. Glued to their mics, each member had been completely focused on giving their all from start to finish while the pure joy of being on stage, doing what they love most was radiating from their faces especially in the brief moments when they were finding themselves innocently smiling at each other or the crowd.

Three songs in and they stopped to take a breather and say Hi to the overly enthusiastic crowd before making an offer no one could refuse: “Enough chit-chat, we’ll play song after song if that’s okay.” And so they did, diving right back into blissful mayhem with 4 Words (To Choke Upon), Don’t Need You and Knives. Just like the album, the live show was delivering banger after banger. This was the best place to lose yourself into, with each song hitting as if it were a grand finale, a climax, a peak and just pulling the audience in a black hole of madness and wild decibels. 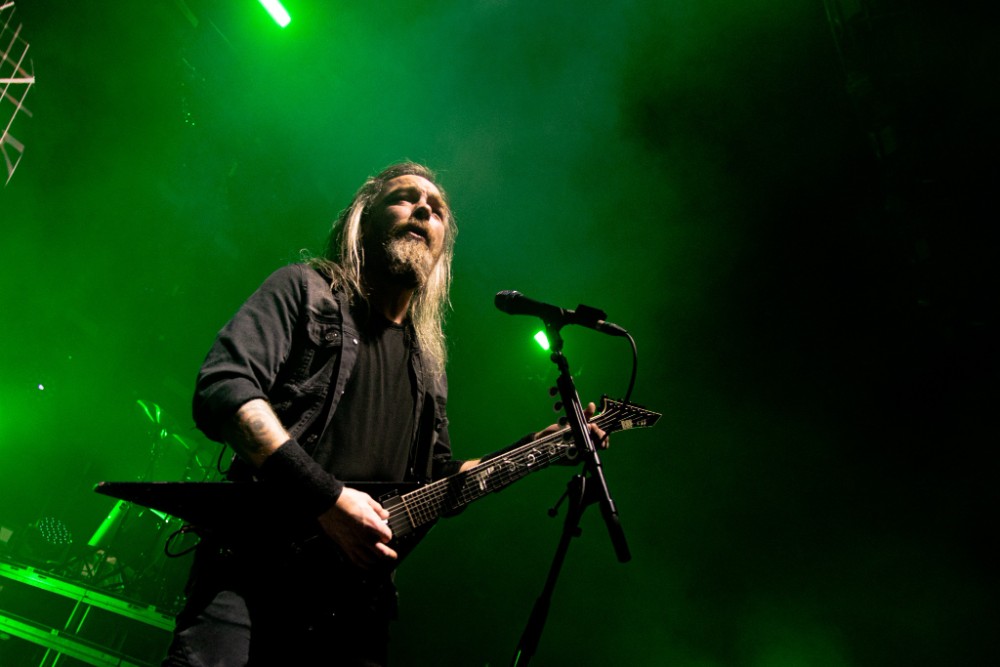 However, reminding us all that they still have a soft side, a tiny vulnerable bone, BFMV dedicated Under Again to everyone lost, insecure, anxious or depressed, as a comforting reminder that they are not alone. This was followed by another magic moment with Scream Aim Fire as Matt Tuck stepped back from the middle of the stage to a dark, barely lit corner and surrendered the mic and the spotlight to the audience. As a low key backup singer, he softly supported the crowd as they truly took the lead singer role very seriously and carried the song from start to finish from the top of their lungs, proving their unwavering love and loyalty to the band.

Take It Out On Me and The Last Fight gave everyone license to release their inner angry and feisty warrior and just letting loose on the anger and powering up on the fighting spirit as they were chanting the choruses to these battle anthems… all before an even wilder encore. With Shatter, Tears Don’t Fall and Waking The Demon, Bullet For My Valentine truly ended the show on an ultimate high, sending everyone home super-charged and ready to take on and take over the world hand in hand with their happily resurrected inner demon. 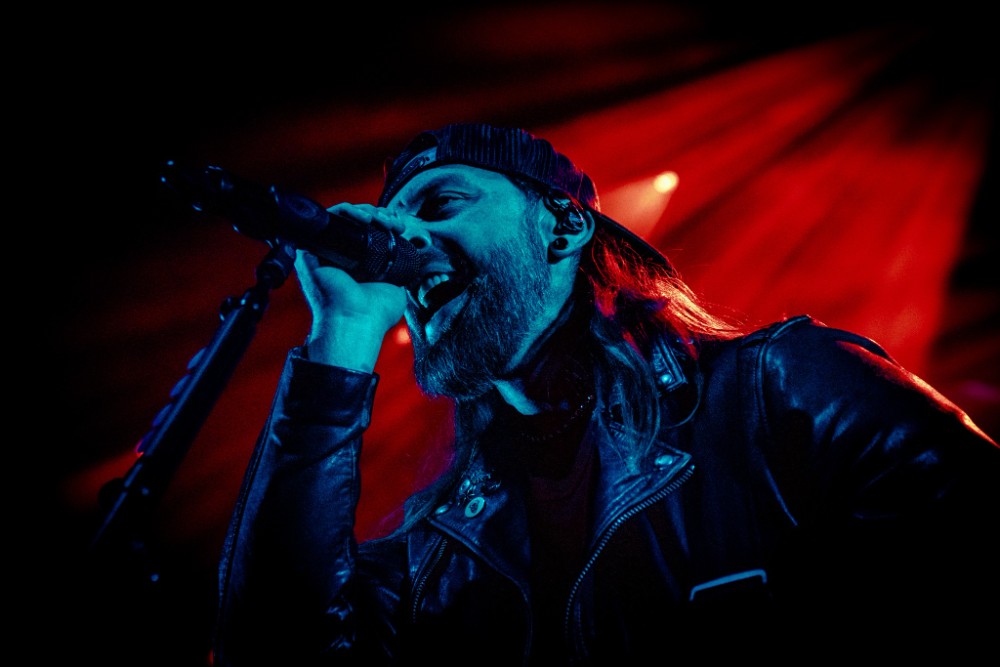 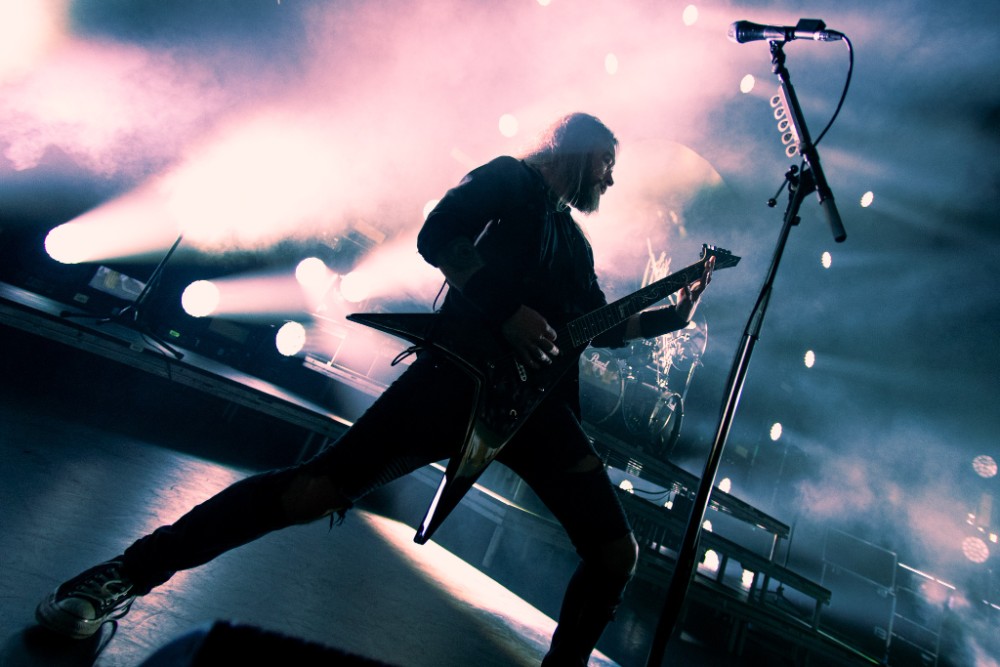 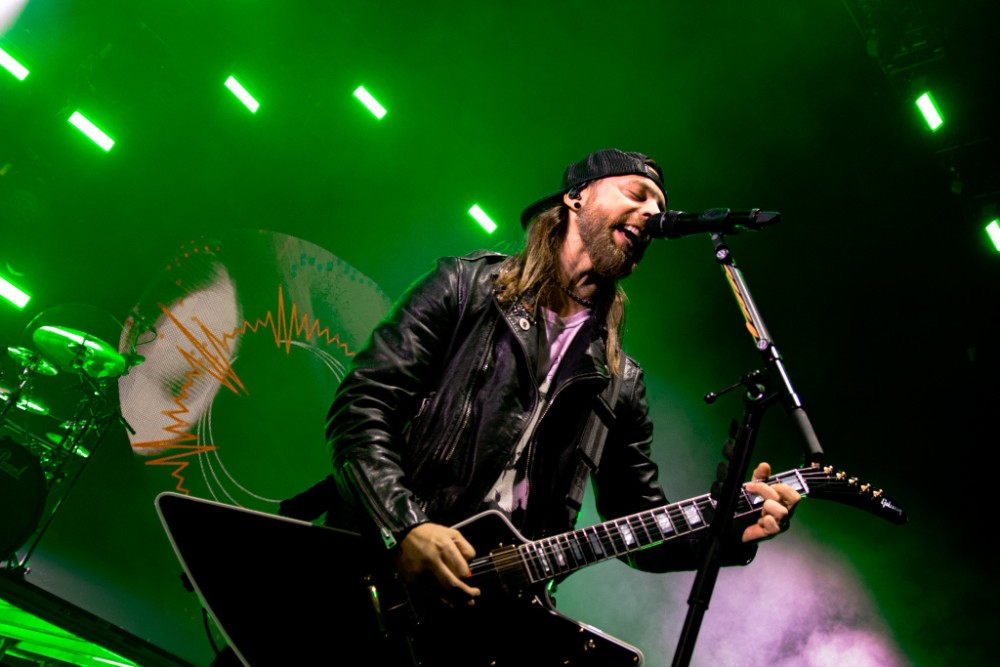 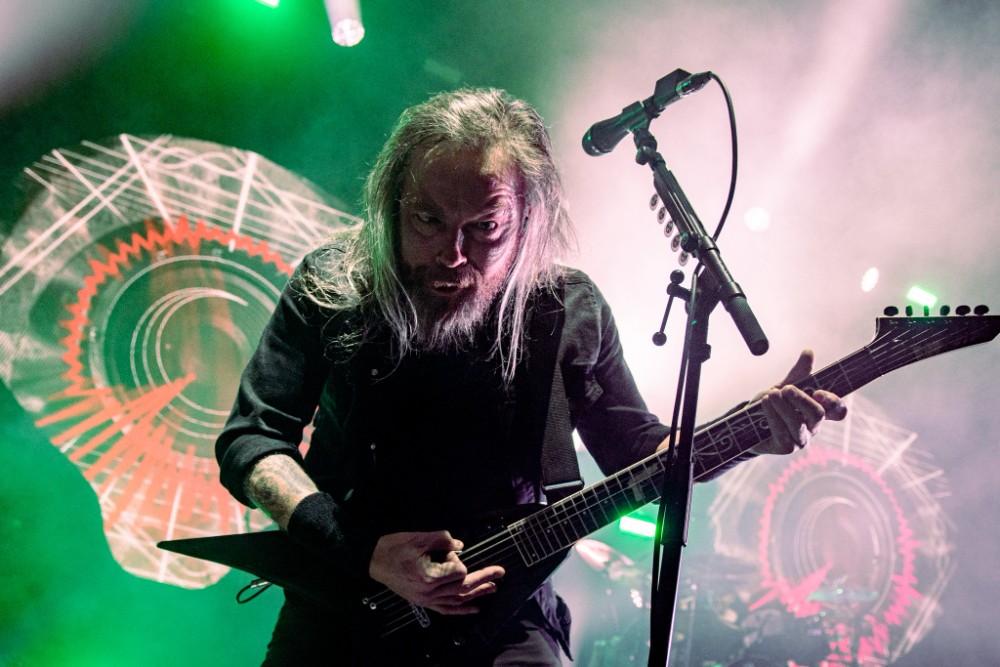 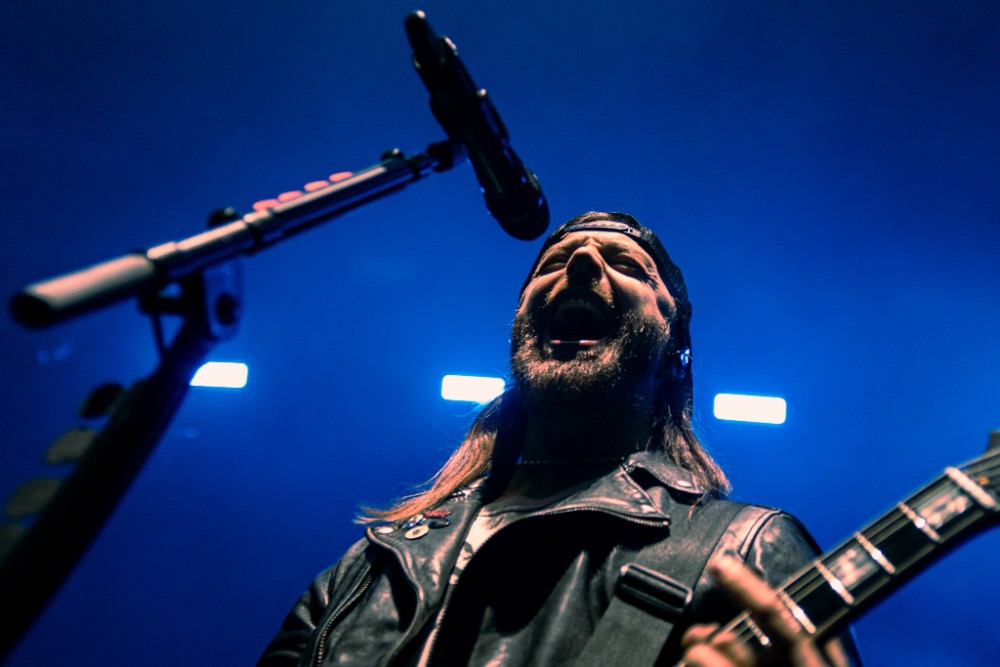 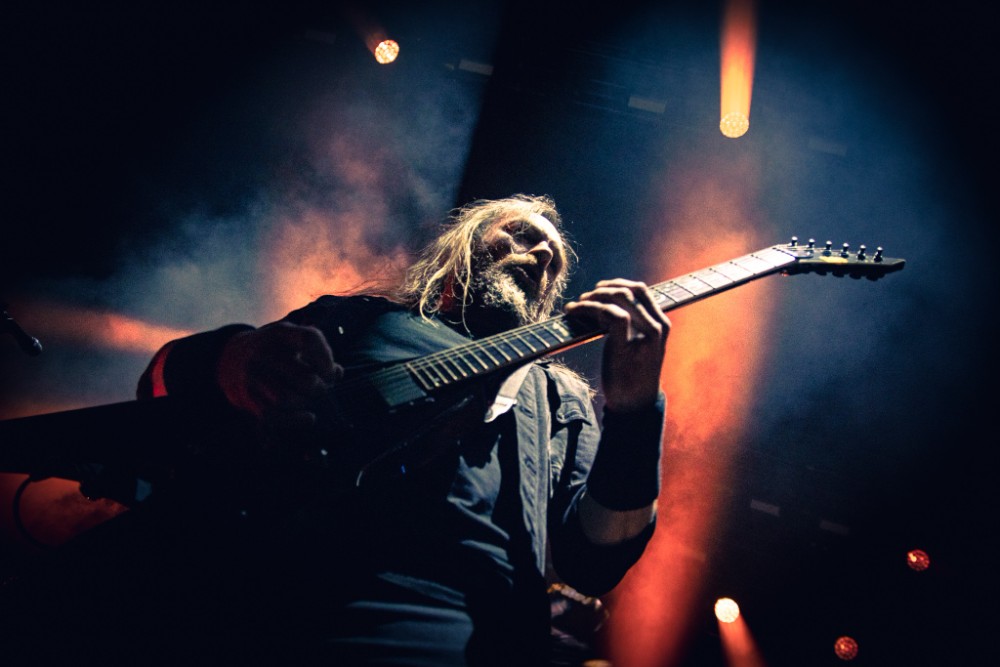 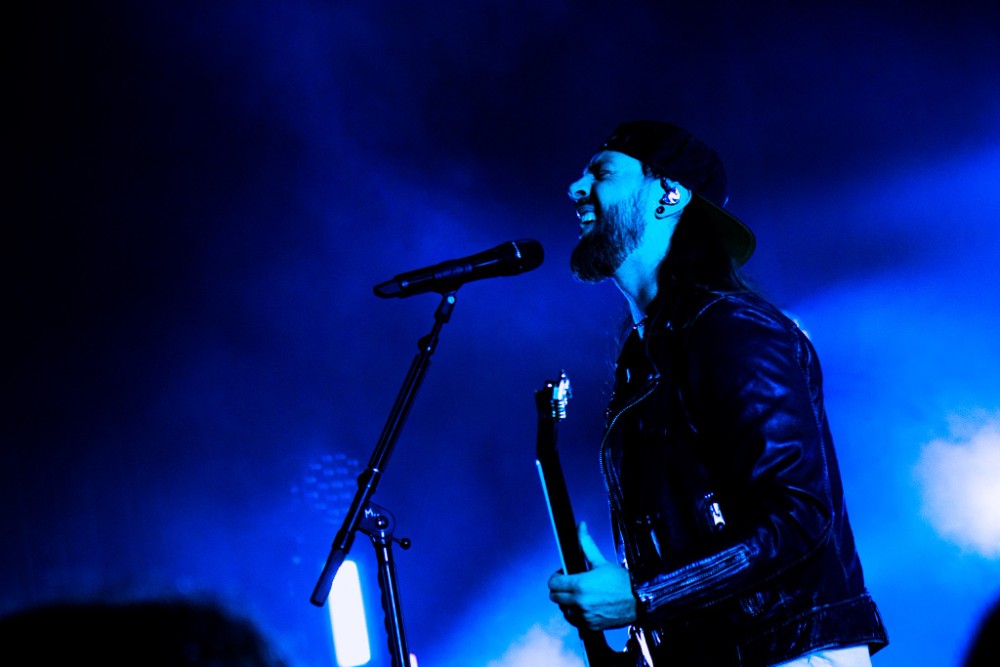 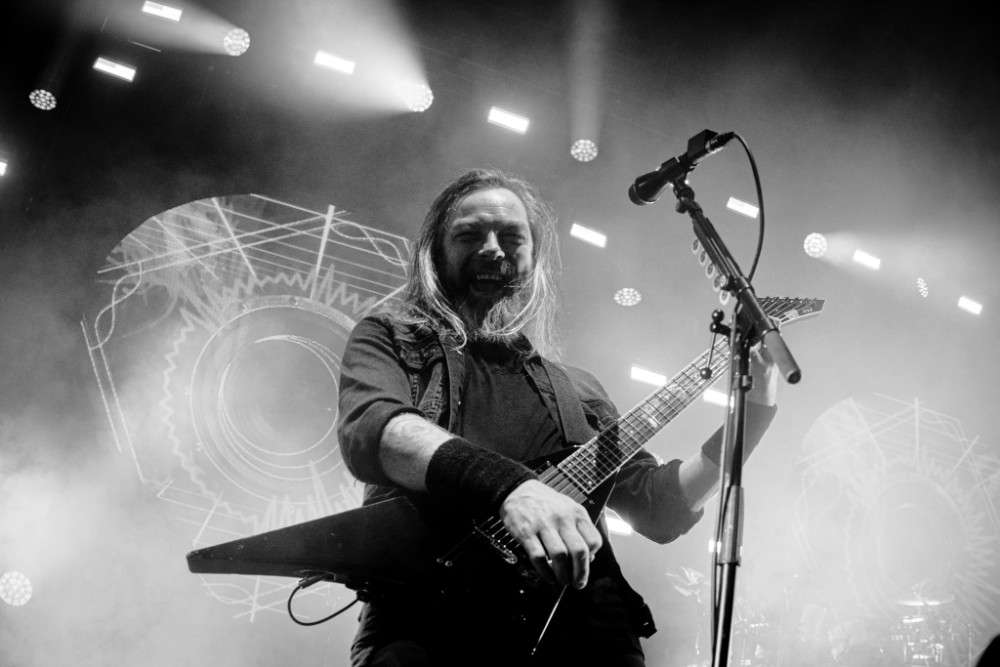