MEMORIAL Stun With New Single ‘In The Arms Of December’

Coddling you with gentle guitars and warm tones, In The Arms Of December is the tranquil new single from Memorial. 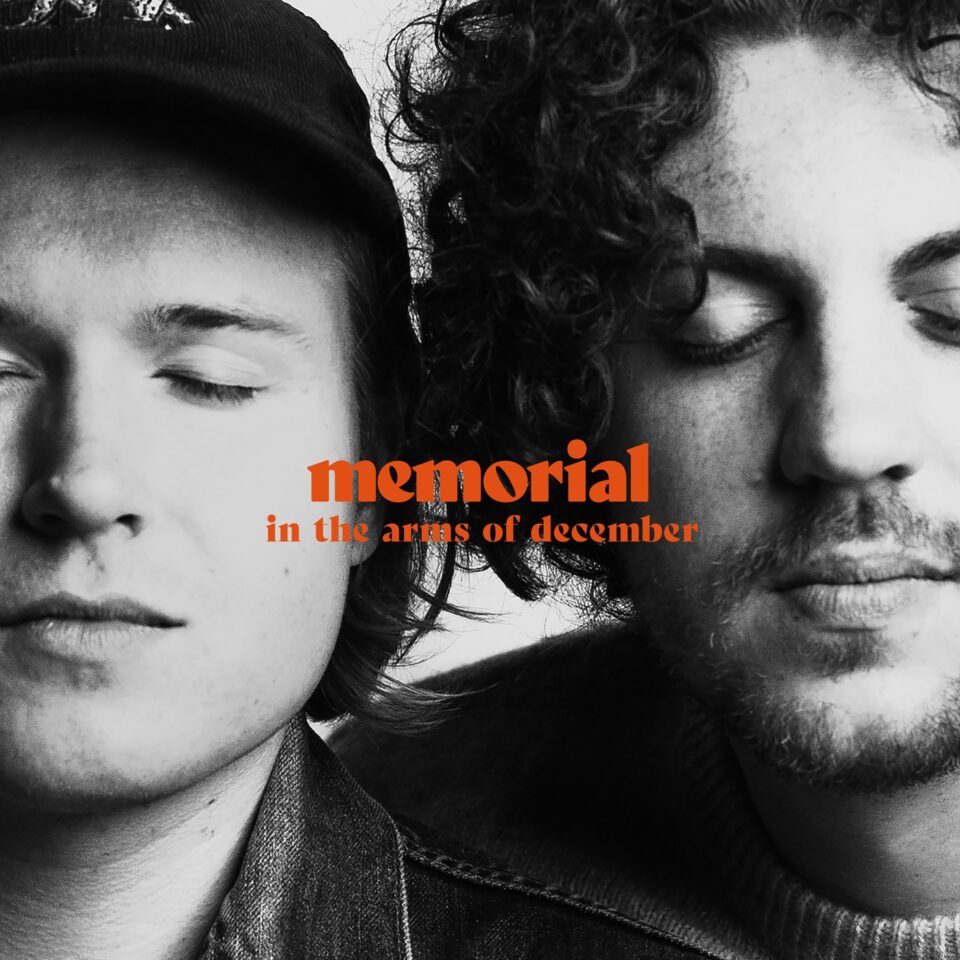 Folk-pop duo Memorial continue to make waves as they release their newest single, In The Arms Of December, a stunning track that will hang from your heartstrings to leave you tender for more. As strummed guitars and soft-spoken falsetto gently swirl around you, every moment feels carefully planned and intentional to evoke the most emotion possible from listeners. Without any moments of deliberation and uncertainty, it gently but firmly offers a respite from any daily routines for a moment of escapism and beauty. The expansive harmonies evoke a sense of carefreeness and vastness that gives the track a space to breathe and fill every crevice of your world, and you’ll gladly welcome its takeover from stress.

As the duo further shares:

In moments of high stress, grief or imbalance in day to day life, we noticed our affinity with ghosts, afterlife or at least the presence of some ethereal energy, is always heightened. Something that really excites us is finding dialogue and scenery in feelings that feel hard to describe. Trying to figure out the words in those moments where the focus is locked in the atmosphere, rather than in the tangible.

This song was born out of one of those nights in mid-December, the festive season had truly kicked in but felt completely elsewhere. The TV was just background noise and sleep was a distant goal behind all anxious thoughts and the only solace was the company of a familiar spirit. We only had a verse for almost a year and it was a really cathartic process to return to a place of desperation, from a position of clarity and be able to leave that darkness behind respectfully.

So what was originally a dissection of a small moment, turned into acceptance of loss and appreciation for personal growth.

Accompanied by an equally stunning music video, the duo explains the pairing and connection between the two:

The making of this video was exactly what we needed at exactly the right time. We’d just come back from a 2 week long tour, and then we found ourselves in the middle of the vast and beautiful Lake District, walking through the scenery with llamas. It was unbelievably therapeutic.

We started the day after an early morning voyage, by getting to know our assigned llamas, Jack’s was called rocksteady and Ollie’s was called echo. The hardest thing was keeping them entertained, although it was the first time they’d ever been sung to, it wasn’t enough! They loved eating everything around them, you’ll see some of the bribes in the video.

We wanted to avoid narrative and focus on simplicity. The team at ‘Alpacaly Ever After’ were incredible and Stevie was super helpful and was really the only reason the llamas managed to stay in shot, shaking a tin of food behind camera.

Thank you so much to director James Hough for embracing the cold and the terrain to find the best shots!