Finally adding some Irish blood to my playlist!

I remember when I came across these four lads from Mullingar. I liked them right away. Very much. It seems fair to introduce them at the beginning of this year. I’ve got a feeling 2016 will be pretty good for them. 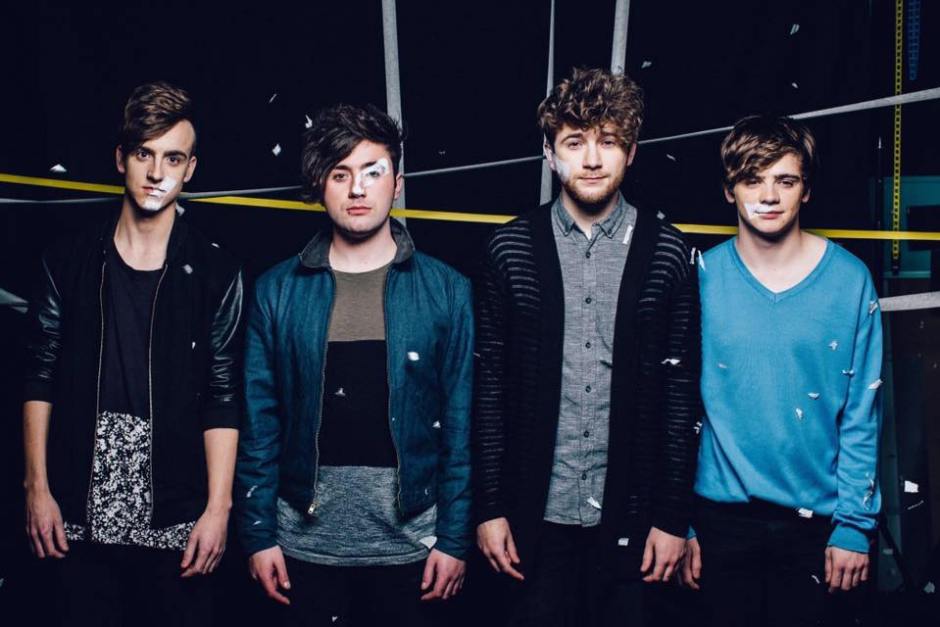 Matt and Stephen have been playing together since they were children so we got all our Gallagher feuds out at a young age.

Good to know that. One pair of Gallaghers is enough for this world.

Here we are then, three years later. So what has changed?

Our songs definitely feel a bit more mature which is natural as we get a little bit older but in term of the writing process, we have always had a collaborative way of writing that hasn’t really changed all that much. I think any band who are playing a lot of shows will invariably grow into a better live act. We are no exception, we are always pushing ourselves in terms of our live performance, pushing to be a great live band that people want to come and see!

With bands like The Maccabees, Foals, War on Drugs or The Cars on their playlists, The Academic show very interesting approach towards all that genre thing.

We could get all airy fairy about describing our sound but we don’t like to pigeon hole ourselves to one genre! People have described us as rock, pop, indie, alternative, we don’t really ever sit down and analyse that too much. All those descriptions are good with us. We will leave it to others to decide how they see us.

Here we are then, three years later. And these guys have got some great stories to share.

There have been so many great things that have happened, from hearing our song on the radio for the first time to playing at festivals in different countries, to having a No.1 song. But collectively we’d probably all agree that a sold out show wherever it maybe is always a highlight. When spend their hard earned money to buy tickets to come and see you at a show it gives you as Damon Albarn would say “a sense of enormous wellbeing”. You can’t beat that feeling of an audience singing your songs back to you. We have been fortunate enough to be on the bill with some amazing bands but we grew up listening to The Strokes so to be on the same bill as those guys at Hyde Park in London last summer was insane.

With only a couple of songs out The Academic have already supported Catfish and The Bottlemen, Kodaline and The Strokes, if I’m to mention just a few, had a number 1 single on Irish radio and certainly have some amazing things planned for this year. Watch out for them! Really.

Our debut EP ‘Loose Friends’ is just out so we are focussed on that right now but we have got some cool things going on in 2016 including Eurosonic in The Netherlands in January and SXSW in Texas in March. As for the EP, the title just comes from the core theme of all the songs. They are stories about people we know or know of and experiences of growing up, post adolescent tales some might say.

Loose Friends was released in October last year and you can listen to my fave song Different below.

I really can’t wait to see them playing live! And you should too.