“Just like ball is life, music is life,” we caught up with the candid singer/songwriter, Jordana Nye, to discuss her creative process and talk about her new album Face The Wall, a sentimental ode to growth and self-evolution. 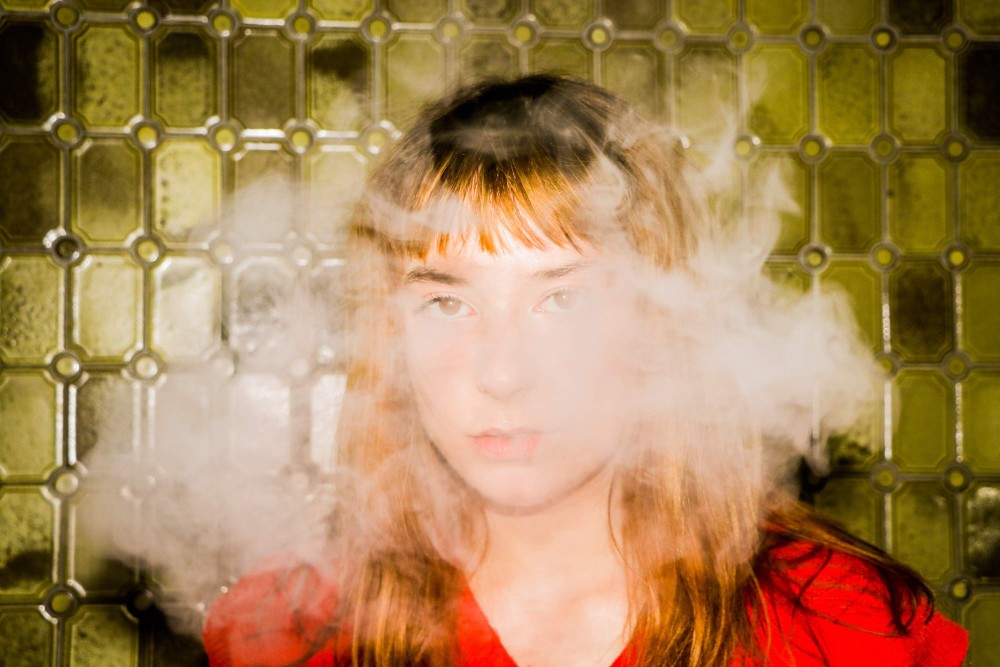 Face The Wall brings forth collapsed elements of her earlier work bound to a scintillating new soundscape while still keeping her floaty lyrics at play. Through the album’s dynamic sonic oscillations and gauzy yet elegiac lyricism, Jordana’s growth as an artist is the main focus.

In the days following the end of her 2022 solo tour, we caught up for a morning chat to discuss what the apparent self-growth means to her.

From early Bandcamp tapes, where lofi-pop harmonies were the essence, to 2020 Breakthrough album Something to Say to You, where you styled electro-bedroom pop paired with stripped ballads, to 2022 Face The Wall where it feels like alternative-pop meets folk twang.

Where do you find inspiration when producing your tracks?

I don’t want to stick to one genre and I listen to so many things. I get inspired by so many different types of music that whenever I hear something cool, it inspires me to create something similar. And the thing with that is that you’re always listening to new music and you’re always discovering new things that you love and also taking influence from nostalgic sounds, such as listening to Death Cab for Cutie with my mom. I love Death Cab for Cutie, dude. The inspired folk aspects came from bands like Grizzly Bear. I love Grizzly Bear. Daniel Rossen is a genius; a musical genius in my eyes. He’s definitely one of the reasons why I’m making music. His work feels effortless.

Face The Wall seems to be an ode to self. A commencement to your evolved song production and grown songwriting complexities.

How does this LP release feel different than the ones before?

It’s a concept album about all things self-growth. The track listing is important. It is purposefully in chronological order with particular songs meshed together. This album is different from Summer’s Over, a collaboration between TV Girl and me which was more about relevancy. I was going on tour and observing Brad Petering’s process and asking questions. He writes differently so I had to adjust to the way that he writes, which I fucking loved. It’s a different process than mine. I feel like I got the upper hand on Face The Wall, but it was still scary because I didn’t know what would sound good or make sense. I define it as “word vomit” like a continuous journal entry.

Where do you feel like you have seen your personal growth in this album?

Lyricism. I would write the chorus and then question it. With Petering, his technique is to write elegantly and poetically; he creates a new feeling instead of the lyrics telling you how to feel. Sometimes, I can match that. Other times, I just don’t know how to explain myself so I say “fuck it” and I just write until it makes sense – or doesn’t make sense.

I think my writing style can be vague, but oppositely it can be upfront too. I prefer to write vaguely to let the mind fill in the blanks, but I worry that listeners won’t understand what I mean. My desire for people to interpret it in their way is also strong so it’s still a challenge for me. I’ve always wanted to make a song like Get Up but I questioned if it was too corny or too cheesy. I questioned if it was unnatural to keep the chorus. I questioned if it would be understood. And it has made me so happy to see people enjoying it. It was cool to see others get what I was trying to do. Those moments build my creative work. It’s nice to hear that others enjoy something you also are proud of.

Like You Used To was heavily inspired by Grizzly Bear’s progressive folk sonics and people have taken influence from it. And to work with producer Cameron Hale, who’s insane. I feel like my sound has got its own thing now. And as far as lyricism goes, it’s just the main focus of my self-growth. I have gotten to watch it all expand on its own compared to producing solely in my bedroom.

You have a rare origin story from playing with violin and busking on the streets to now producing in studios with other like-minded producers and connecting with music listeners via social media. When you were busking did you envision yourself being in the position you are now?

I’ve always had this self-worth issue in music when I started making music. My thought process technically was if I’m not doing this all by myself, then it’s not going to be truly mine. I had a big problem with working with anybody else because then it wouldn’t feel like my art, but over time, it’s gotten better. I’m working with people and have gotten lucky because they seem to understand me and my music. That has helped me get over that fear of losing my art. I want people to listen and tell me how they are feeling. Tell me if this is listenable. Tell me if you like this. I want to be an artist who can make her shit and have people actually listen to it. And people are listening and it’s crazy. If I was talking to my 16-year-old self, she would think I’m cool. If she found out that I went to the Strokes after-party, she would freak out. Or Gumby following me back on Instagram and Twitter. Gumby, bro. I love Gumby.

What do you want your music to do for others? Do you have your mission statement when it comes to your music?

Hm, I want people to feel it. All the different emotions in the differently produced songs. I want people to be able to chill out like its background music to put on and vibe with. People have told me that they’ve cried to my songs. Sure, you could cry to it just as long as you don’t get sad but I do make sad music so that’s the other thing. Sometimes it’s sad but I intend to make it feel euphoric, too. I guess it depends on the sound of the song because there are just different emotions you can get from listening to even just the instrumentals. For instance, on Summer’s Over EP, Sweet To Dream feels nostalgic. Jump The Turnstile feels literally jumpy. On Face The Wall, To The Ground feels victorious. Get Up feels inspirational or motivational like, “Get up! Let go! Do your shit!”

Do you enjoy the song creation process or touring around performing, more? If they are equal, how does each one serve you?

I think both complement each other. Some tracks are more lyrically heavy. I’ve always been a musician at heart, not a singer. I didn’t think of myself as a singer/songwriter until I was around 18. I started playing the violin, which was my first instrument, so I saw myself as only a violinist. And then at 16, it was ukulele and guitar-related instruments. I feel I am more instrumental heavy, where you can learn the vibes and then you set the vibes with the lyrics.

My personal favorite is Pressure Point, the lead-off track, where I hear many style techniques you have played previously mixed all together but embracing exposed and folk-infused vocals with a simple acoustic riff.

Where did you take inspiration?

I was talking about it with Cameron Hale and he helped me do the little arpeggios, at the beginning of the song. I just knew it set the tone for the whole album. So it became the first track. Pressure Point is a slapper. It has some Phoenix inspired poppy beats. It’s about smoking weed and getting anxious – a theme in my life. I had to stop smoking weed because it resulted in overwhelming anxiety. I used to smoke it before bed to zen me out but too much would create spiraling anxious feelings. I wanted to write about this feeling. So I talked about that with my friend Charlie Kilgore, band member of MICHELLE, and he helped me find the words and it’s very clever.

I’m cracking the joint when I hit my pressure point. The perfect pun.

What has felt easy for you during your career? Where have you met challenges?

Playing the instruments or producing the sound feels so natural to me.

A challenge is the self-worth thing. It’s the main issue when working with somebody else. It does get easier when you become more comfortable with them and when they start to understand what you’re trying to create. I found it easier to work with other musicians because they help me get those thoughts and feelings out. My band, friends, and fellow producers are all essential for the creative process.

I’ve been listening to the new MICHELLE album, AFTER DINNER WE TALK DREAMS, it’s all hits on that album. My road trip playlist includes Grizzly Bear, of course, an essential road trip band. I recently got into The Japanese House so that’s in the rotation too. Worms are one of the best songs I have ever heard in my life.

Are you creating new music?

I have a new EP coming out soon. I’m so excited about it.

What should we be looking out for this next year?

I’m gonna be touring with Local Natives in August, which is so surreal. I got obsessed with them while I was playing the video game, Life is Strange. I heard Mt. Washington on the video game soundtrack and became obsessed.

How do you describe music? What is music to you?