Album Review // WITH CONFIDENCE ‘With Confidence’ 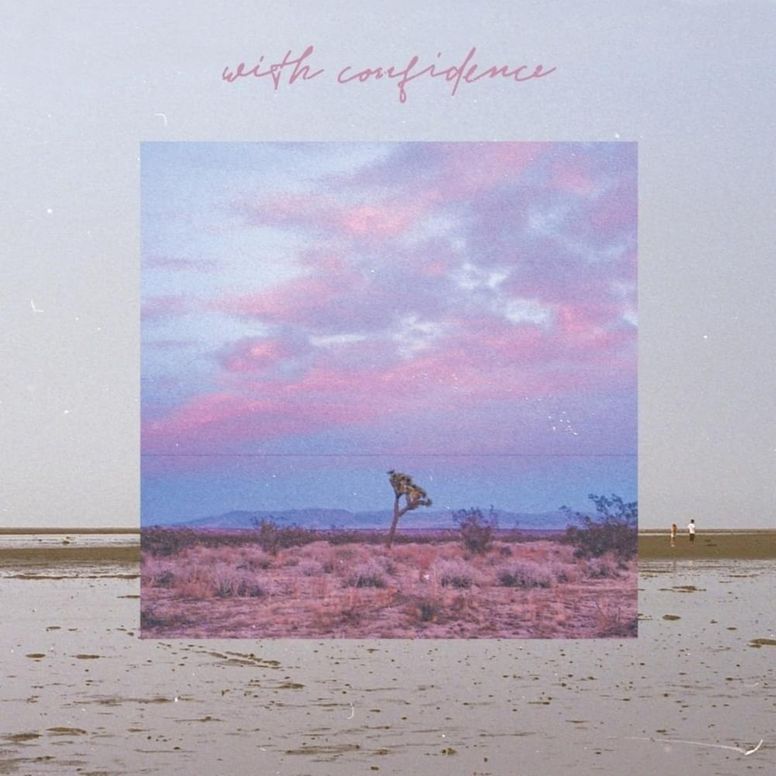 Picture this: it’s 2012, the pop-punk scene is thriving; ripped jeans and check shirts are the fashion of the time, and All Time Low’s Don’t Panic is everybody’s current favourite album. Life is blissful. But, oh, look! New kids With Confidence are in town, and it looks like they’re here to stay…

Coming up to ten years later, these four Australian sweethearts are one of the most notable pop-punk bands of our generation. Tracks like Voldemort and That Something will forever be classics, and something about this band’s sound has kept listeners wrapped round their little fingers since day one. In the three years post the 2018 sophomore album, Love And Loathing, With Confidence really took the phrase “go girl, give us nothing” seriously: until earlier this year they popped back onto our radars. It was announced in July, following the release of a handful of new singles, that With Confidence would be releasing their third album, With Confidence (10/10 for originality, boys), on the 27th August, under their new and improved lineup: Jayden Seeley, Josh Brozzesi, Inigo Del Carmen, and Scotty Mac.

The day we’ve all been waiting for is finally here, and boy-oh-boy, what an album.

Dropped as a single two days before the album, What You Make It is the opener, and it’s one hell of a comeback-track. It’s energetic, it’s jam-packed with guitars, and it’s exactly what the world needs to hear: the message of “life’s what you make it” is hammered home and from just track one, we’re hooked. Lead vocalist Seeley’s vocals are a lot more advanced, more developed and experimental, than we’ve seen in their previous albums. Tracks like City and Baked are in equal measure bursting with uniqueness and talent.

Kings of the openings of tracks, With Con love to give listeners an opportunity to learn the chorus before it gets to it, often beginning their tracks with it: some traditions must never die; pre-released singles Big Cat Judgment Day – which was the track that made everyone fall back in love with With Con – Anything, and Cult come packed with a punch. Their loud, instrument-fuelled choruses are pure serotonin, giving an instant boost to the album.

Never fear, though, as in classic pop-punk fashion, it’s not all rainbows and sunshine, which the band has ever-so-kindly reminded us. A handful of softer tracks follow in the same vein as Long Night and Tails: emotional anthems from each previous album. Know You (708) provides a pet-lip kind of feeling, Paper is a metaphorical love song – a staple for every scene album. Atlanta has all the power to make you bawl; so heartfelt, everything is positioned perfectly: all the components that make up a good – great, even – song are there. Seeley’s vocals are seen to be stripped back, and Brozzesi and Mac work their beautiful harmonising around him, to provide a release, a moment of calm, solace. It takes talent, and With Con have executed it brilliantly.

Saying all that, closing track Lose really tugs on the old heart-strings in a this-is-everything-they’ve-worked-for kind of way – it’s elating, as opposed to dampening of the spirit. It begins softly, leading the listener to believe it follows in light of the downbeat tracks previously heard, but as the song progresses, as the end nears closer, it is flooded with emotion, with music. The band tears their hearts out in front of us, Seeley’s vocals become raw and coarse, and With Confidence become one with their listener. It’s the perfect ending to a perfect album.

What can only be described as pretty pop-punk, With Confidence’s With Confidence is an album that shows strength, growth, love; most of all, though, talent. Three years away might’ve disgruntled many a fan, wonder where our favourite band has gone, but it has all been worth the wait. Noting can describe the way listening to this album through better than the word euphoric. It’s an experience from start to finish; it brings smiles and will pull tears from your eyes. And, hey, take their advice: life really is what you make it. Laugh, cry, love, and use With Confidence as the soundtrack.