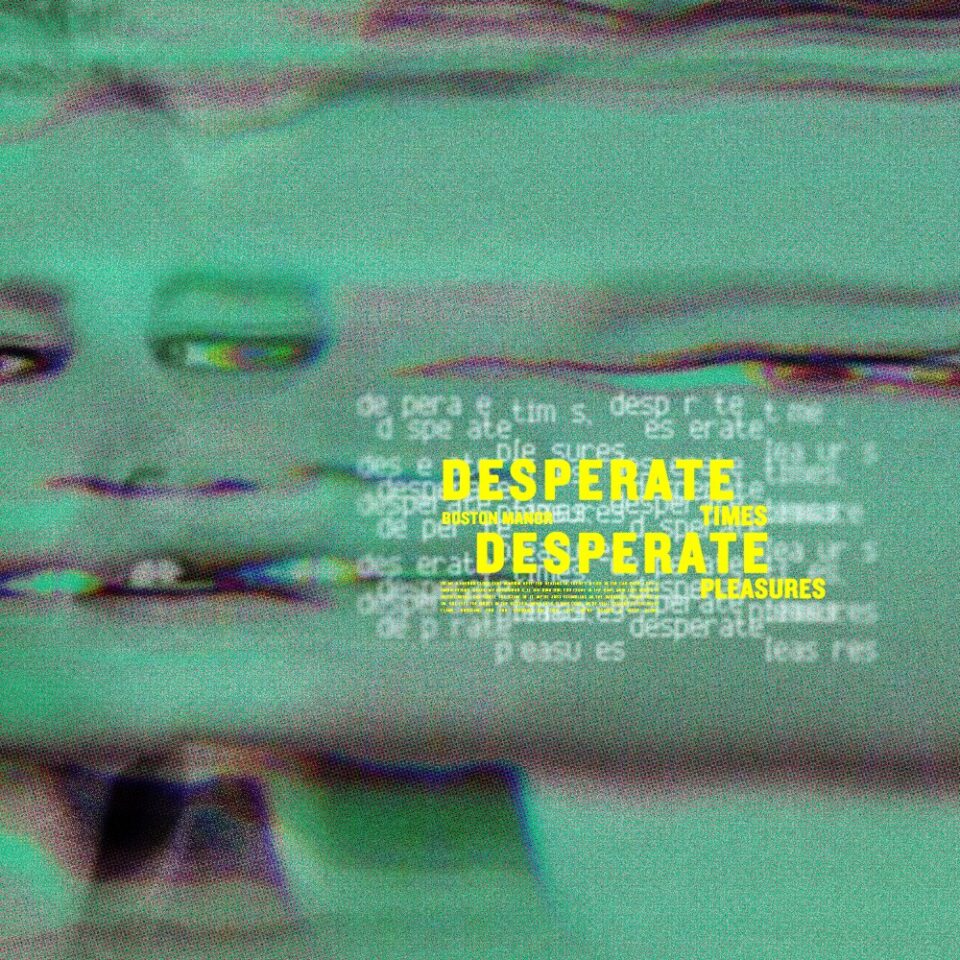 Only 18 months after their third album GLUE, Boston Manor return with an exploration of striking concoctions of different sounds, condensed in an exciting taster of what’s to come. DESPERATE TIMES DESPERATE PLEASURES is (expectedly) unexpected and stands as yet another successful marker of a yet another era in the band’s rapid and dynamic evolution. Exposing a fresh cut of raw vulnerability and bottled-up pain, loneliness and reproach, the EP is a showstopping set of tunes and a glimpse into their hopefully equally alluring and explosive new album.

Carbon Mono opens the EP with an ominous sound and chanting the EP’s title, only to burst into an emotional and intense banger, delivering hook after hook, prone to hit hard and rile up the crowd in a live setting. We can already foresee the crowdsurfers pouring and the moshpit going mad. Each of the following songs hits differently from the previous, with Algorithm delivering a more dreamy, contemplative vibe while I Don’t Like People (& They Don’t Like Me) is more sleek, theatrical and overwhelming. If you really listen, you can notice the songs draw inspiration and adopt sound blending techniques borrowed from unexpected bands (e.g. Depeche Mode, Deftones, iDKHOW), all to create a captivating experience both individually but also together as an EP.

All in all, DESPERATE TIMES DESPERATE PLEASURES is exciting, intriguing and feels fresh yet familiar at the same time, reminding us why we fell in love with Boston Manor and why we should continue to keep an eye on them in the future. If this doesn’t convince you to go see them live on their next tour, I don’t know what will.