The Hampshire trio releases their debut album, That’s Your Lot. 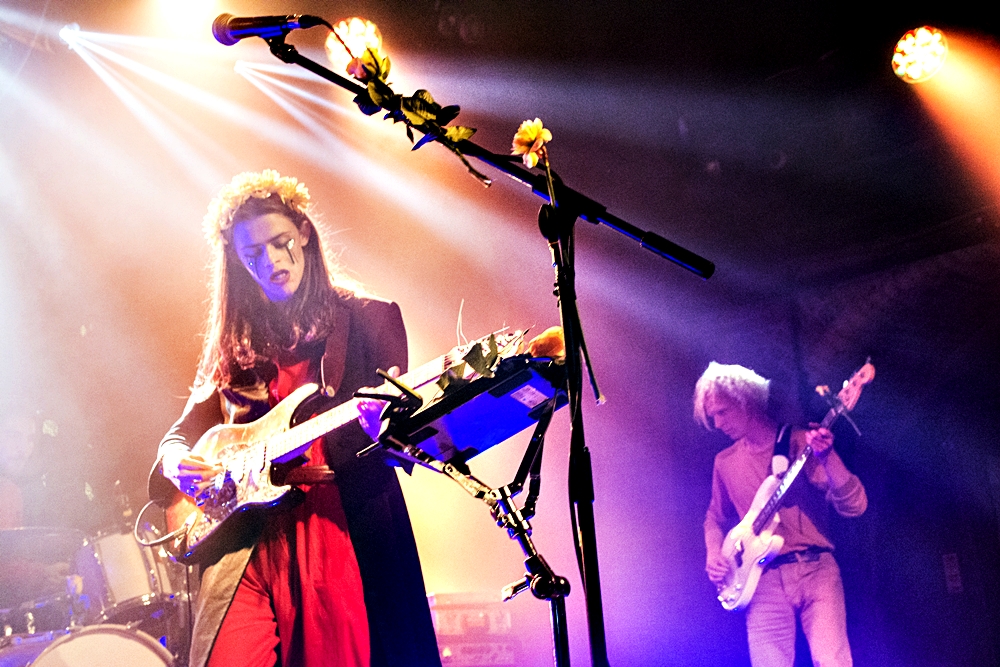 Apparently, floras are a top trend this season. And so are Bleanavon.

The day we’d been waiting for a very long time finally arrived. The 7th of April marks the highly-anticipated release date of Blaenavon‘s debut album, That’s Your Lot. The ambitious retrospective quest of self-discovery and growth has already been established as one of the most unique debuts out there. Critically acclaimed and beloved by the fans, the twelve tracks that were locked in the making for a few years, now get the recognition they deserve.

Of course, a party must’ve been thrown to celebrate the occasion. Located in London’s heart, Heaven was the place to be last Friday night. Despite leaving the venue with a conclusion more like: “security in this place is useless”, the show was a superb display of the band’s performing skills and a great culmination to their extensive tour across the country.

Black and yellow tones clearly dominate tonight’s scene, but it’s not until Blaenavon emerge on stage that I realise how crucial their aesthetics are. Yellow flowers cover the mic stands and the corners of the stage matching Frank Wright‘s fashion choices, all blending with the red tinge of Harris McMillan‘s jumper that compliments the scarlet of Ben Gregory‘s outfit.

The lights dim and vocalist slowly takes to the stage wearing a floral crown and highly expressive make-up. A quick gesture to address their followers as he raises his hand before the performance begins. Screams is all we hear in response, screams that won’t cease till the set is over.

It doesn’t take long for the crowd to go crazy after they hear the familiar drumming patterns of Hell Is My Head. The impressive Let’s Pray travels through the room next before slipping Into The Night as singer confesses: “This song is from 2013. We’ve never expected to be a band for this whole time”. A humble and sincere acknowledgement, and although Blaenavon have been opening with the exact same three songs for awhile now, they still capture and amaze.

If you’ve happened to see Blaenavon live in the past there’s a huge chance you’ve heard most of the tracks they’re presenting here tonight. I mean come on, the guys spent five years on this album so naturally the time was plenty to try them out in the live arrangement. However, the grandiose appeal upholds throughout and each song sounds as fresh as new.

The fragility of Lonely Side masterfully harmonises with Gregory’s idiosyncratic vocals that show their true range in Alice Come Home and Take Care, balancing between ephemeral and hurtful. What’s more, the guitar-drums composition in My Bark Is Your Bite falls quite intense making the frontman say: “Fuck yeah, now we’re talking”, whilst I Will Be The World extracts its daunting essence from the stern basslines.

Despite barely having entered their twenties Blaenavon‘s songwriting dazzles with perplex melancholia and surprising mature lyricism. Therefore the live experience is in a way tinged with a purifying effect. The eight-long-minute Swans undoubtedly shapes a hazy ambient being a stand out moment of the set. Accompanied by a violin and cello, the band prolongs the unsettled yet hopeful nature of their music.

It must be stressed however that Blaenavon‘s fan base appears to be extremely young, and though they perhaps can’t grasp the meaning behind most of their songs, they still know how to create a buzzing atmosphere, singing back every word. As I think Orthodox Man gets a bit too rowdy, we’re definitely not prepared for what is about to happen next. One of the biggest stage invasions occurs making the security give up with any further attempts of controlling the masses. Everything goes off so quickly as the band is being jumped on by the too-eager crowd. It is a little bit distracting but the view is great. The only way to get out is to stage dive and that’s exactly what the singer does as Prague ’99 indicates the grand finale.

“We’re doing this for people like you. People who give a shit.” Having said that, the lot is now yours and it’s totally up to you where you take it. One thing’s for certain, you’re sorted with pretty good music at least. 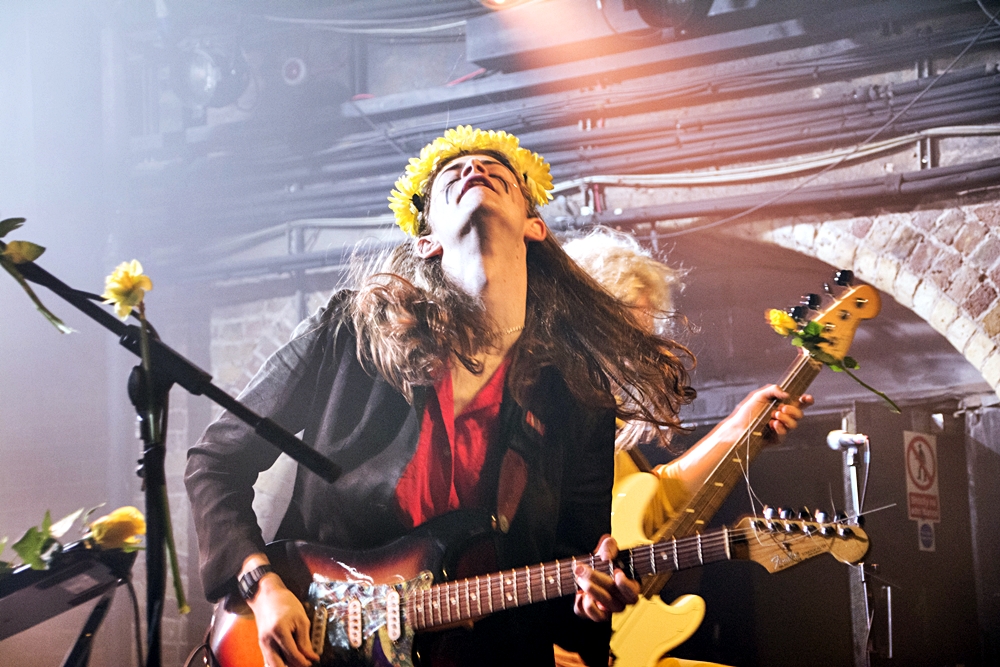 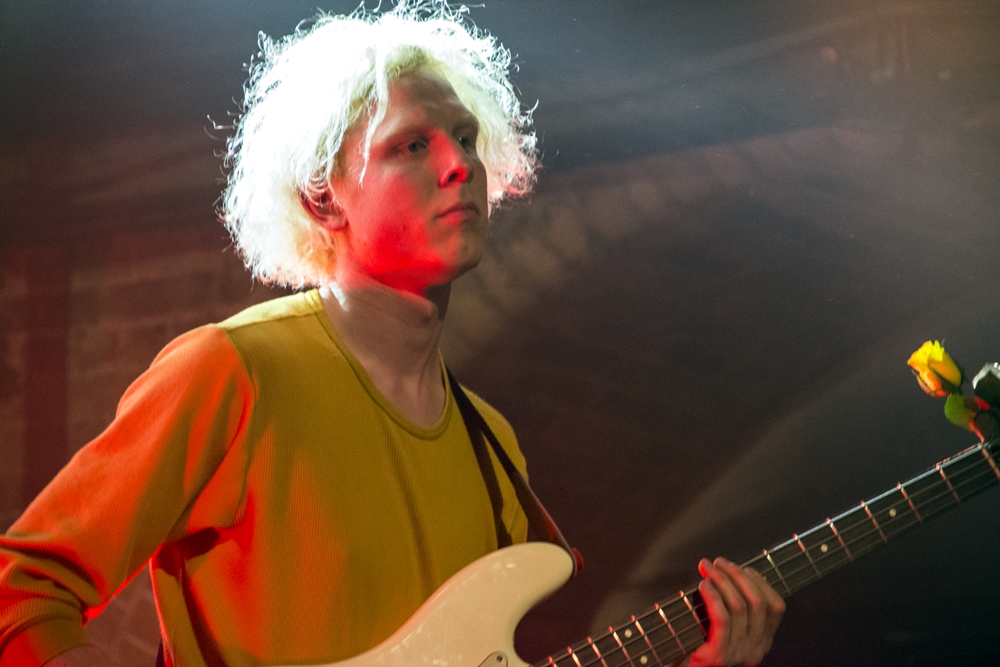 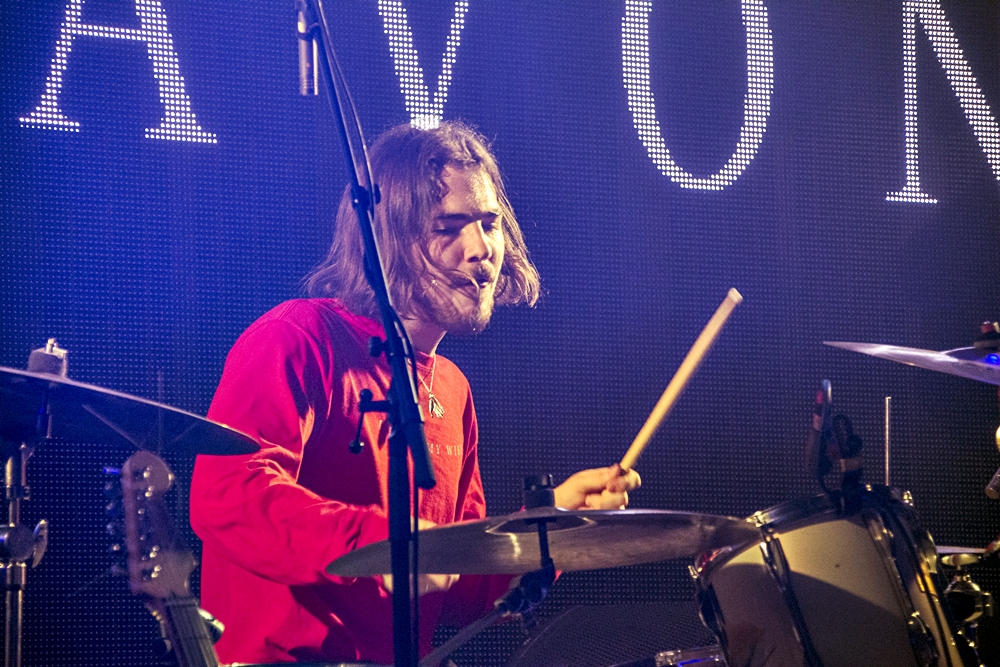 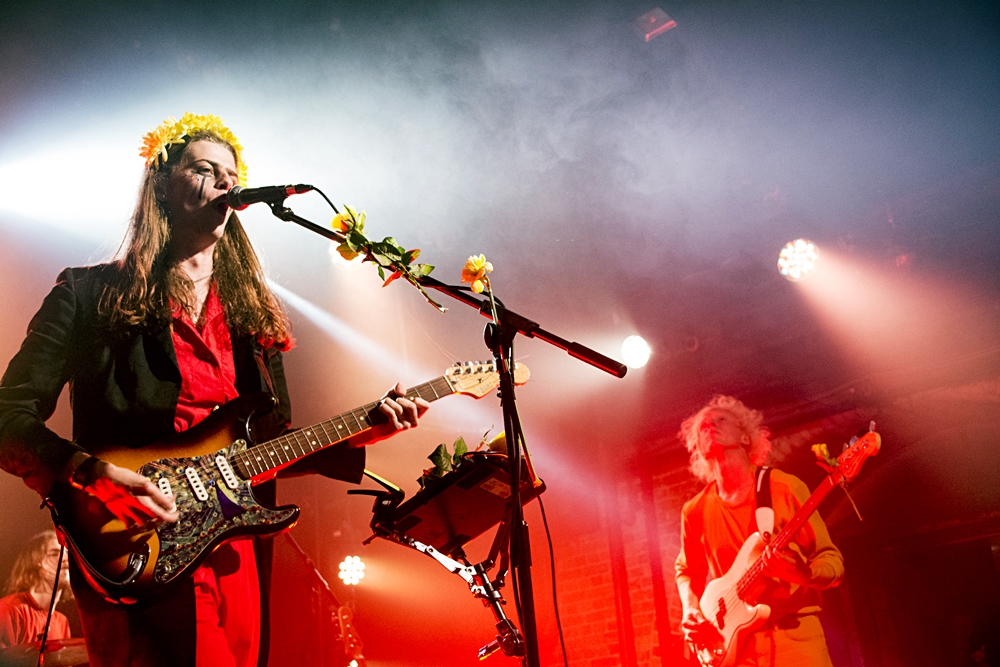 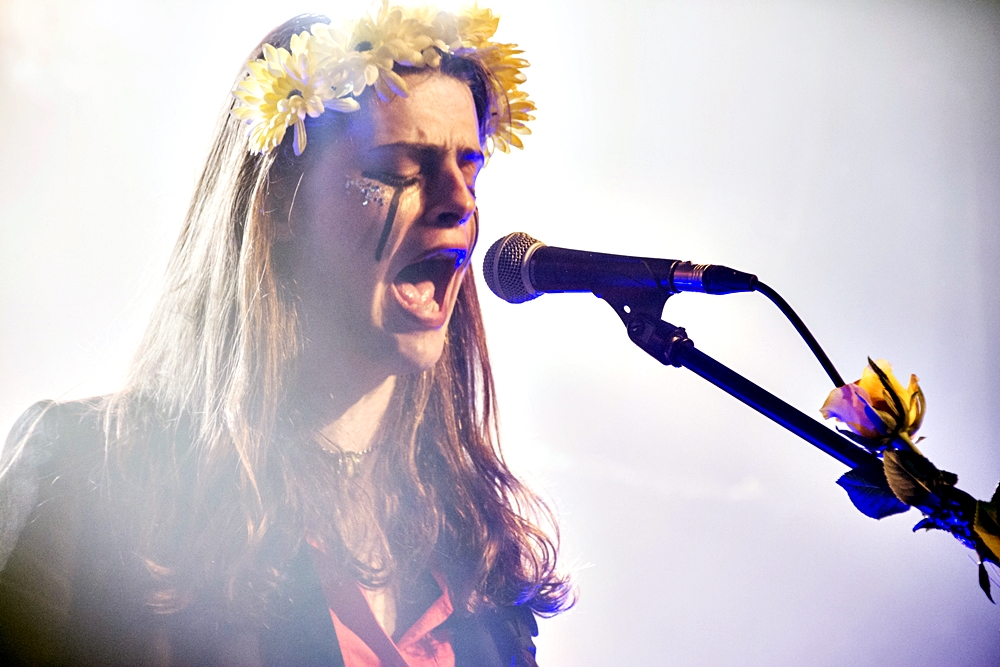 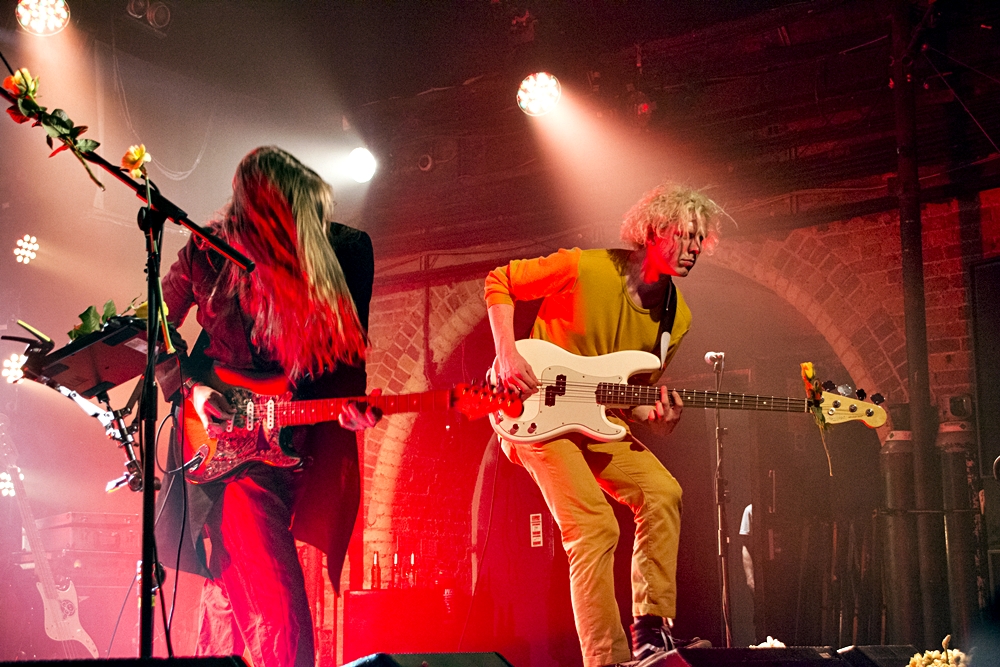 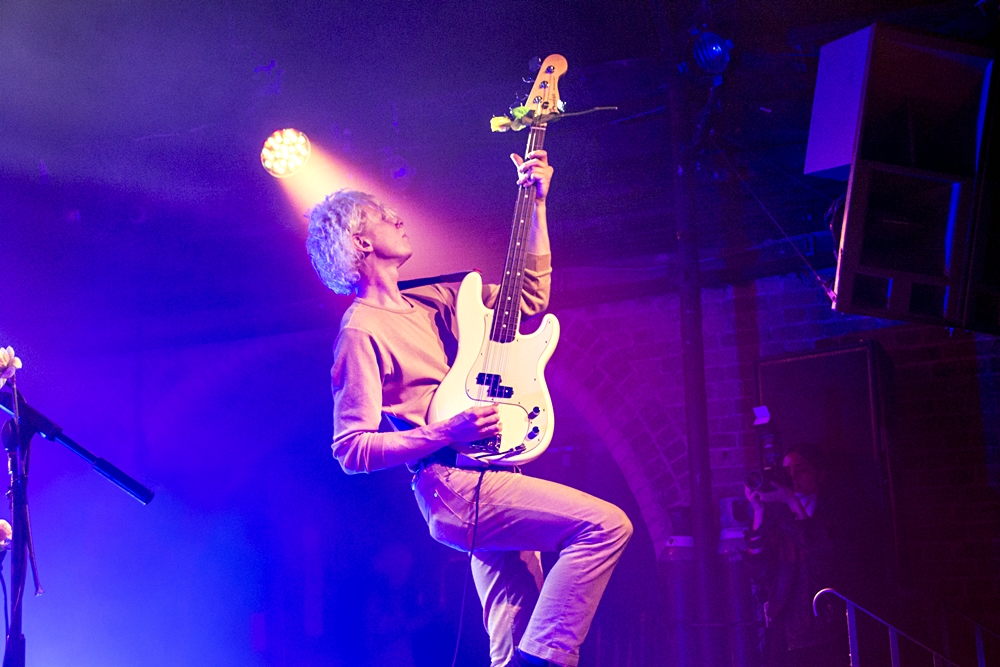 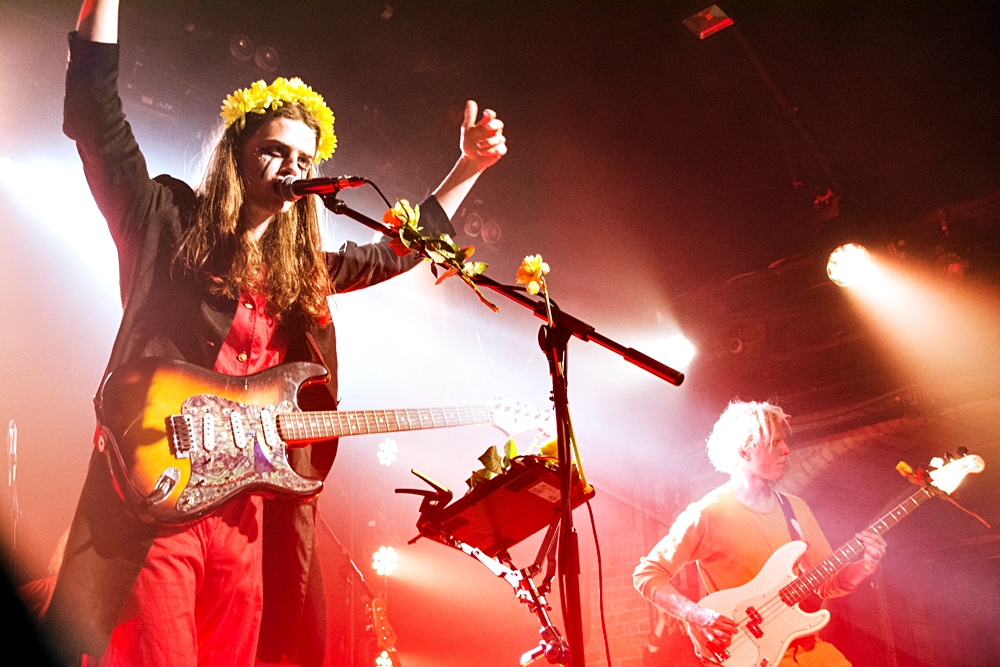 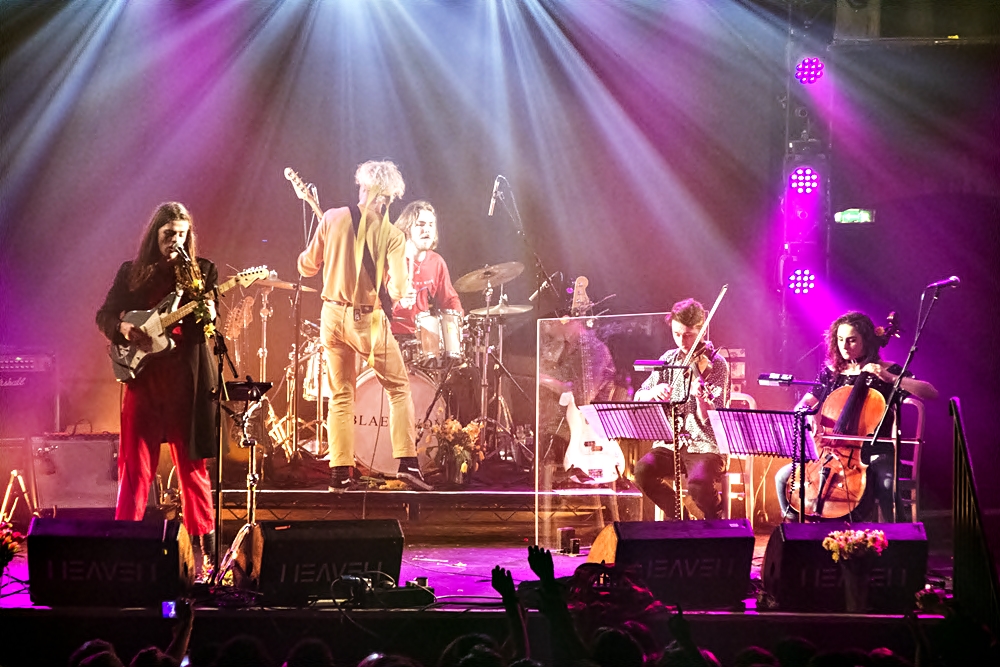 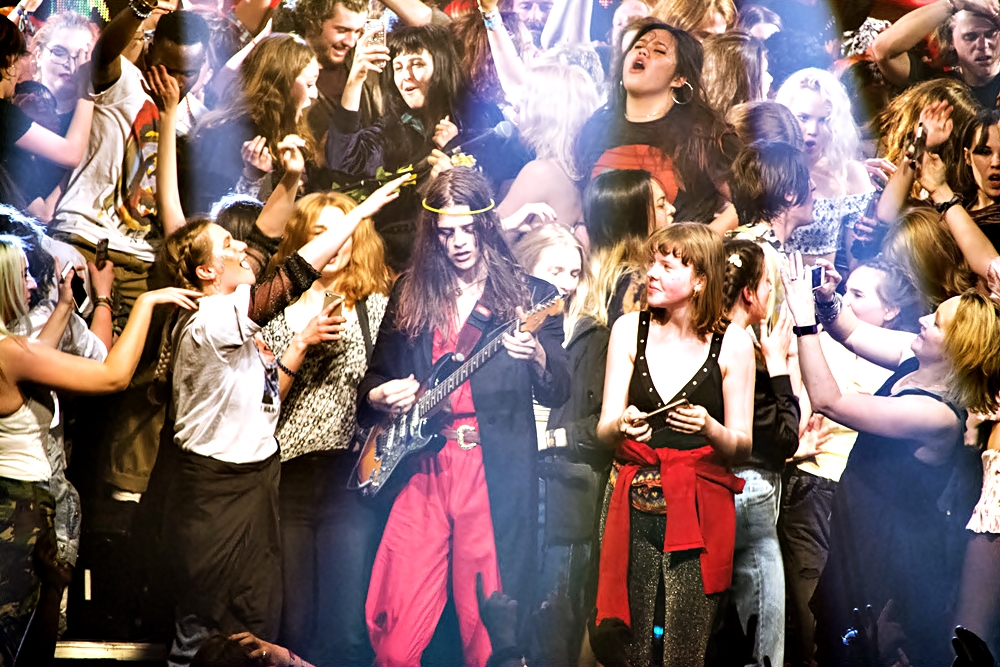 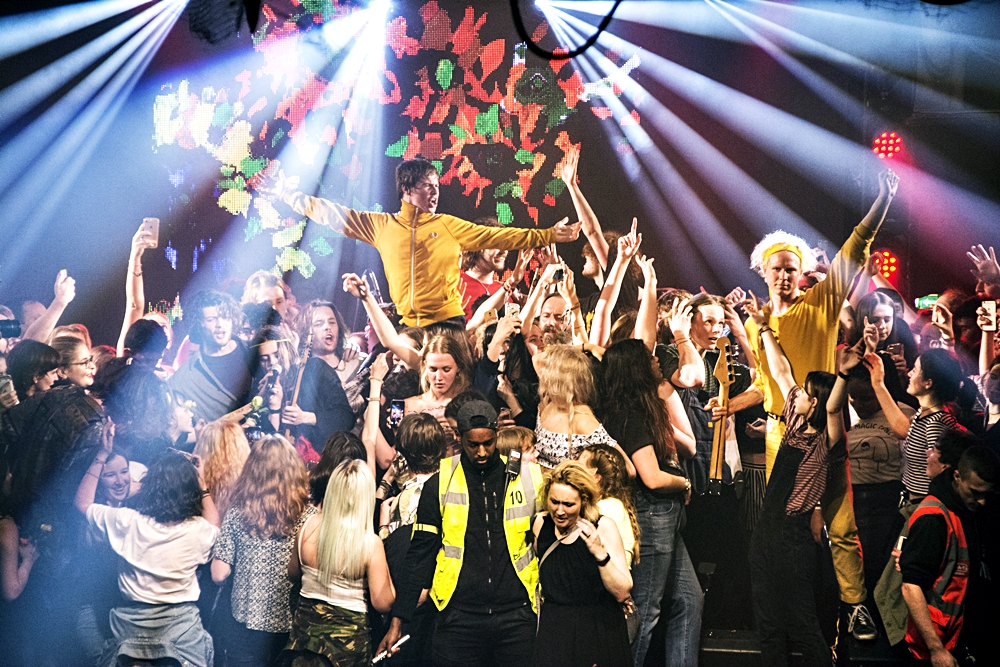 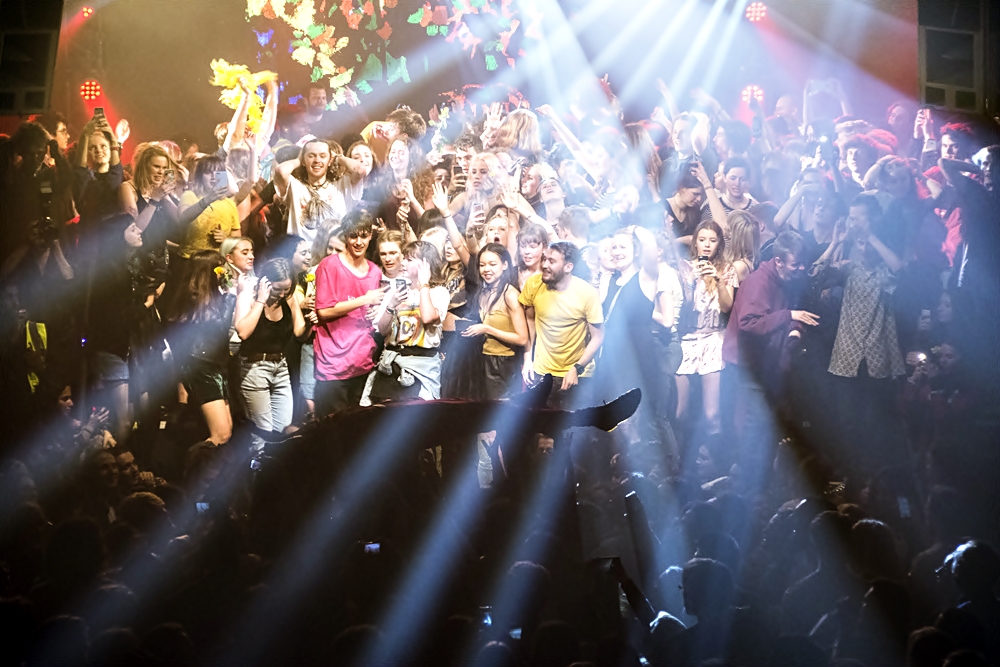