Intertwining music and political engagement is an art we desperately need to see more of. In uncertain times with a turbulent political landscape, and a world constantly at the verge of conflict, can art really afford to look away?

Though music for many is the purest form of escapism, it has an incredible power to express. Through his Unsongs project, Pål Moddi Knudsen shreds light upon the freedom of expression and the lack of it. By reimagining songs that for some reason have been banned, he shows how we should not take freedom of speech for granted.

“It’s not a gig it’s a geography lesson” the singer jokingly informs as he enters the stage. “I have a theory that when you saw that Moddi was coming to London, you expected melancholic Norwegian hobbit and songs about nature and Norwegian public transport, instead you get songs from Israel and China,” he continues. “And he’s even wearing shoes” the artist points out. This break of image boils down to the concept of Unsongs that Moddi over the past years have worked on. And it all started with a song called House By The Sea.

“When I die my Wikipedia article is probably going to say that “Moddi had one hit”, he points out. “‘House By The Sea’ is probably the only hit I’ve ever written. Anyway, when I released it about five years ago it seemed to hit something that people longed for. And we were invited to play places I’ve never been to before. Everywhere across Europe, people seem to have thoughts about this beautiful place by the sea, even people who have never seen the sea before. We were invited to Leeds and we were invited to all these crazy places! Where people hadn’t even seen the sea and still they loved this song.”

This tour was set to have it’s finale in Israel, and as the singer points out: “straight after this concert was announced messages started pouring in from all over the world. People were asking me to cancel this concert in solidarity with the people of Palestine. And I told them straight from my heart: “screw off… This is not a political concert.” And then there were messages from the opposite crowd. “There were people wishing me welcome and thanking me for joining them in the fight against the evil Palestinians.”

The messages did not stop and in the end Moddi ended up cancelling that concert. “I felt that, whatever I had to say through my music, on that stage, would it in any way be stronger than the mere statement of standing on a stage. I realised that standing on a stage in Tel Aviv is very different from standing on a stage in Beirut. And that was difficult for me to accept – that where you stand might mean more than what you say.”

“For the first time in my life I felt that music had reached a limit.” He states. Though the story of a song Eli Geva and the controversy around it got rolling for what would become the album and the project Unsongs. 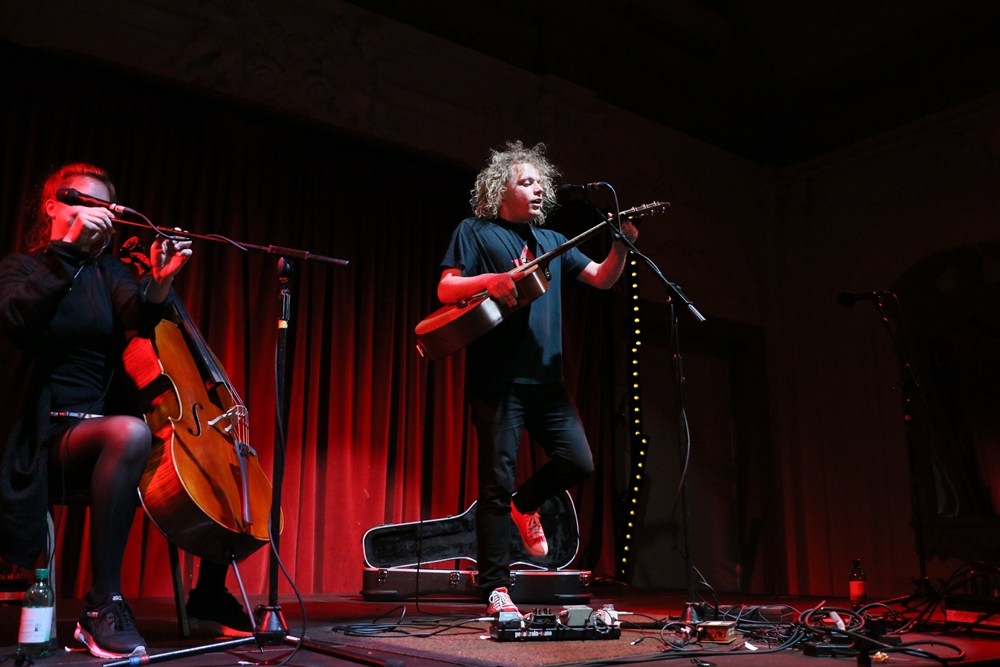 Though Moddi through this project brings forth songs from around the globe he certainly adds his own filter. Pussy Riot’s ‘Punk Prayer’ rids “the obscenities”, and according to the artist, he now sounds like “how Pussy Riot would have sounded if they grew up by a Norwegian fjord”.  Though these words – “Holy Mary drive Putin away” still stands as the beacon of the message Pussy Riot conveys.

There were more than 400 candidates for the album and one that didn’t make the cut was the German friendly British song that conveniently was banned by BBC in 1938. “I’m laughing cause you will too” Moddi states as he delves into the, actually rather humorous tune.

It is very hard to objectively critic this as a gig, both because of the format of the show and because of the emotional incensement. Hearing all these stories is hard, and incredibly necessary, yet it certainly hits home. Hardest still, is it when Moddi plays another song of his 2013 release, Set The House On Fire, an album that I am incapable of giving an unbiased opinion about. Tears aside, The Architect brings forth important questioning about religion and as the singer says: “maybe I’m not even asking the right questions”. Though he, when speaking about all these songs from other artists undermines himself, Moddi definitely has a lot of important things to say.

“One of the things I found the most scary was to find how much censorship we have here in the West that we don’t even know about.” It’s not a concert for pure pleasure. It is a demanding experience that forces you to take in horrible truths you wish you didn’t have to face. Having the privilege of forgetfulness should come with a terms and condition tag. 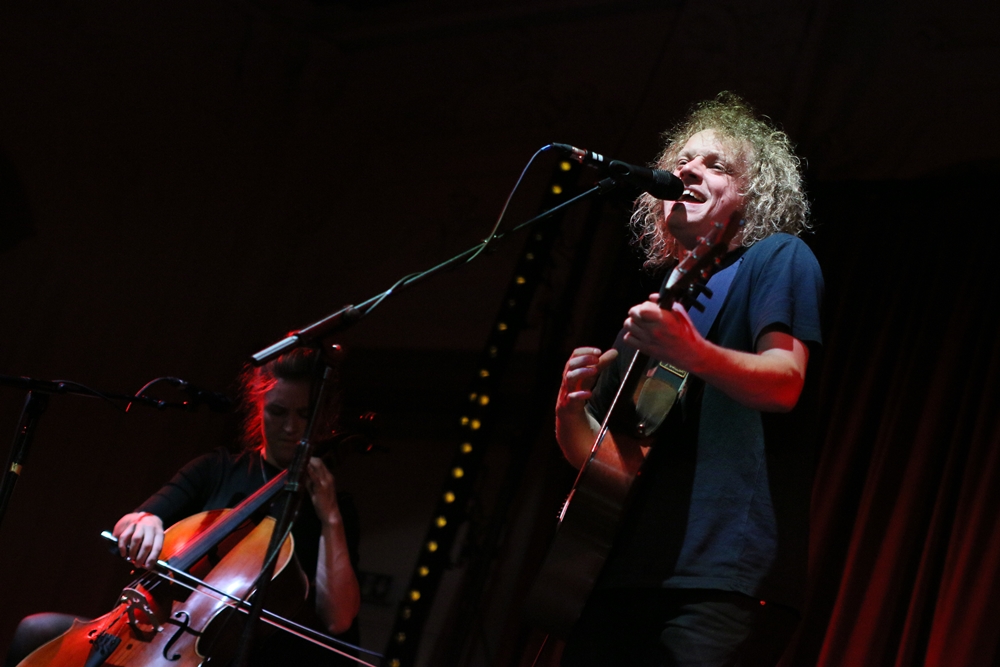 As an immensely talented storyteller Pål Moddi Kundsen makes the crowd laugh and cry and engage. The stories aren’t pretty, but they are necessary and Moddi forces you to face them with your eyes wide open. “You must be tired in your heads” he says. But, “there are so many people who should have been alive. That should have sung their own songs. Some music goes where mere words can’t travel alone.”

You can argue that it’s a musically narrow journey without massive diversity. You can probably find flaws, doubts and you can think that it was not that ‘exciting’, but that’s completely beside the point. Moddi isn’t purely here for your entertainment and pleasure. There is something more important going on. And sometimes it takes a Norwegian with messy hair to show you that. 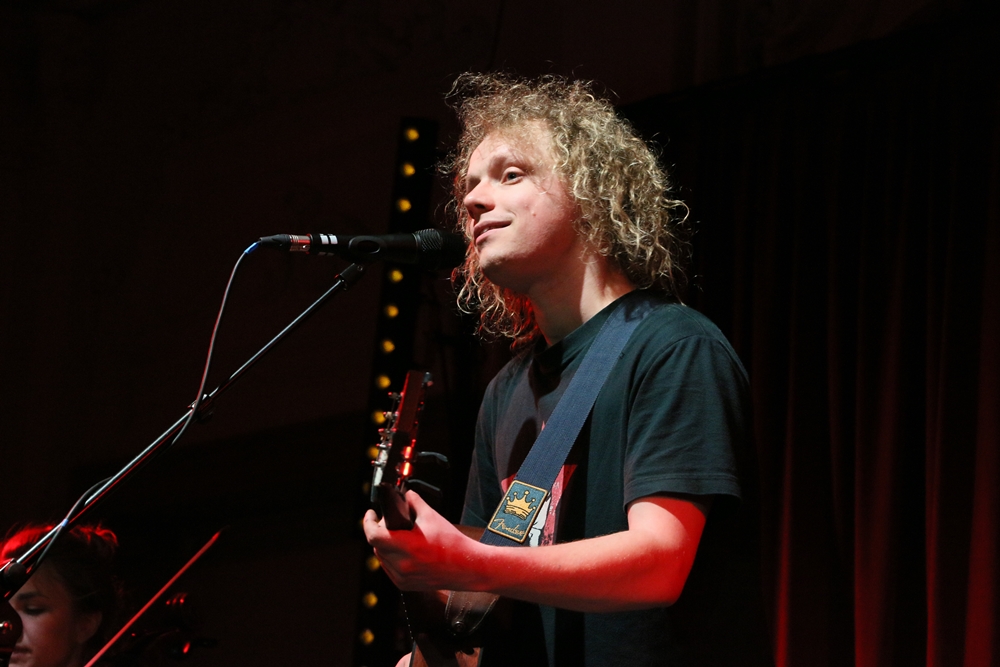 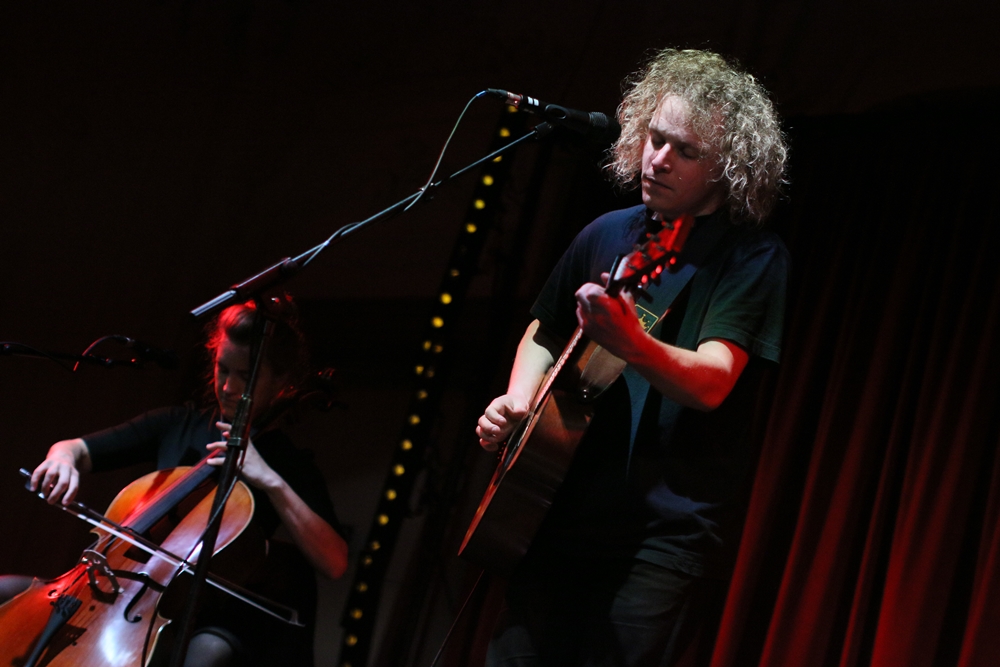 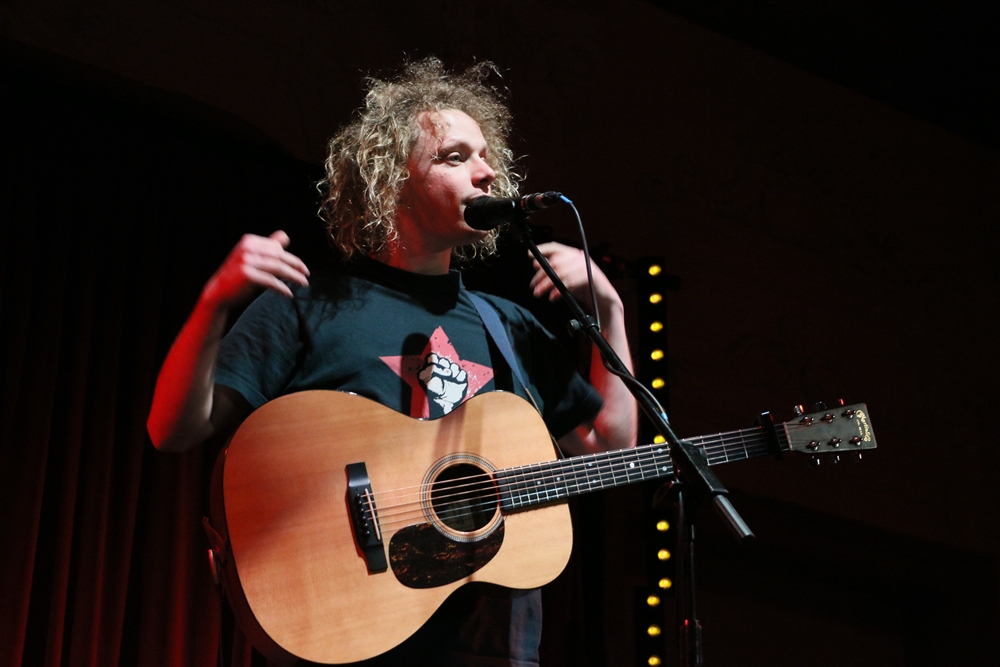 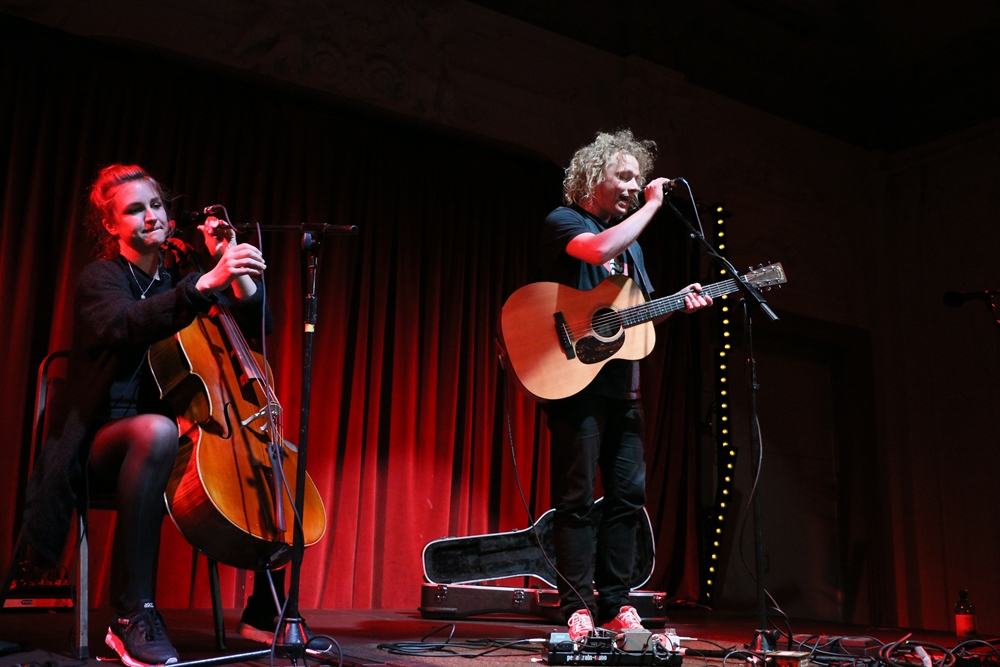