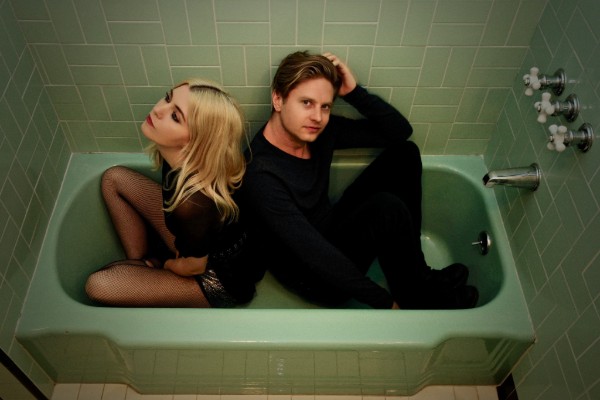 The brooding single God Complex has been given a visual makeover in the newest video shared by Blood Red Shoes.

Shot in black and white, the highly dramatic scenes perfectly capture the tense atmosphere of the track, created by the charged guitar melody. French photographers and video makers Roch Armando and Julien Carlier, based in Los Angeles, joined forces to direct God Complex in the city of Vernon, California. A power struggle between local celebrity Hugo Sanchez with vocalist Laura Mary-Carter is depicted in the video, with shots of Hugo’s corvette stingray cruising around in a menacing manner. Finally, Laura takes control, ending with her winning the fight and burying the memories. You’ll be drawn in by the mysterious atmosphere of the video, and the introspective depiction of this power struggle that will allow viewers to interpret the video in their own way.

Catch the band live at the following dates.