Packed with heart-pounding drums and a massive chorus that will have you singing along for days, the new single from SHADED feels like A Familiar Love. 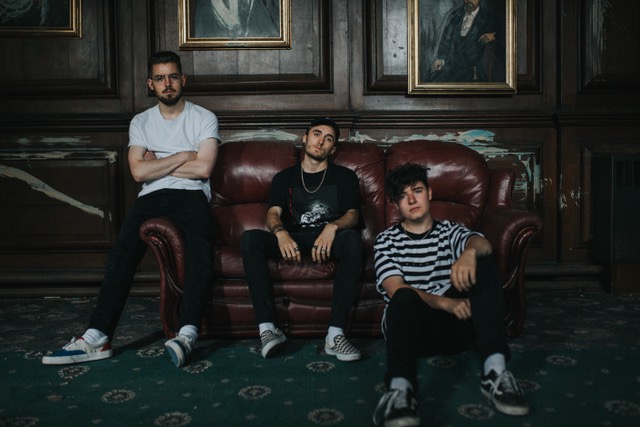 The pop-punk trio SHADED have just released a new single and video, A Familiar Love, in which the sentiments are sure to be familiar to anyone who has experienced love.

Combining the touching lyricism with a driving instrumental backbone, you’ll find yourself singing along to the infectious chorus whilst electrifying guitar hooks and uplifting drums carry you underneath. A brief lapse in the bridge allows momentary reflection, but the instruments are quick to kick back in at full throttle. The video for the single was shot at Woolton Hall in Liverpool, and it follows the story of a young couple going through a rough patch, with shots in between of the band rocking out in the abandoned mansion.

The band have also announced details of their upcoming EP release, titled A Familiar Love and set to be released on October 5th. Frontman Matt East says:

The word ‘proud’ doesn’t even come close to describing how we all feel about finally being able to share this track and the new EP with the world. I know I speak on behalf of the whole band when I say that we are so excited for people to hear the record in its entirety.

Catch the band on tour next month.