Self-proclaimed time travelers iDKHOW, short for I Don’t Know How But They Found Me, have released a music video for Choke, their most popular track to date. 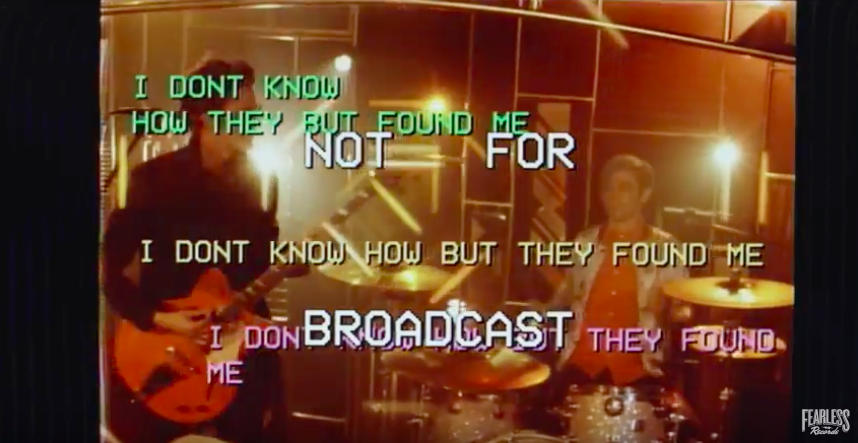 iDKHOW, consisting of Dallon Weekes (ex-Panic! At The Disco) and Ryan Seaman (ex-Falling In Reverse), was formed in December 2016 but quickly gained popularity, soon being labelled the hottest unsigned band in the world before, obviously, being signed to Fearless Records. They supported Waterparks on their Entertainment tour and judging by the activity of their fanbases, it’s clear that there’s an overlap.

The band has released one EP to date, the 1981 Extended Play, which sets the tone for the band’s brand. It’s no coincidence that their name was taken from a piece of Back To The Future dialogue. Or as their description reads: “They are a lost act from the late 70s early 80s that never quite made it, but their rare and long-forgotten music has recently been unearthed thanks to today’s technological resources.”

The video for Choke is no different. In the form of a fictional Eastern European music television program called ‘Pop Time Live’, the duo performs in a 1980s disco full of beautiful people seemingly addicted to using hairspray. The amount of retro lens flare effects in the video would almost give you a headache, but strangely the whole aesthetic works for iDKHOW. Judge the video for Choke (and the single, if you weren’t among the 11 million listens on Spotify) for yourself below.