Bringing their feel-good tunes to the capital, we’re reminded of what a treat it is to see With Confidence live. 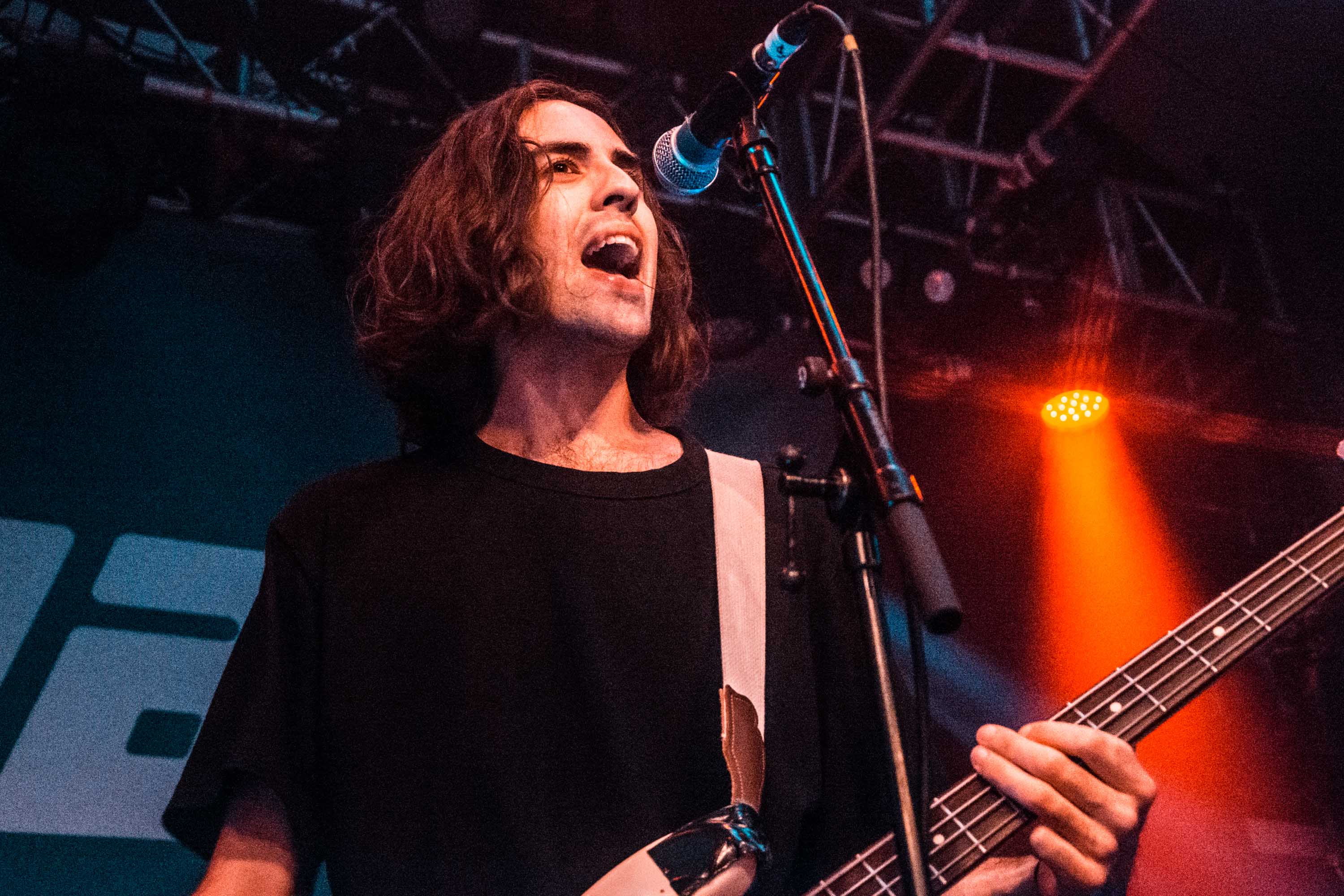 There’s always something about pop-punk concerts that keeps drawing us back to them, and With Confidence shows are no exception to this. Whether it’s the feel-good vibes, the electric crowds or raucous instrumentals, there really is no fun in life like a good gig and With Confidence made sure that this would be a Saturday night to remember. Playing a set that spanned their various albums and EPs, both older and newer fans felt right at home as evidenced by the constant singalong that accompanied the band throughout the evening.

Running onto stage screaming ‘London what the fuck is up?!’, vocalist and bassist Jayden Seeley wasted no time in getting the already-eager crowd even more excited. Diving into the fast-paced Moving Boxes, it was clear that fans have been waiting a while for the Australian outfit to return as crowdsurfers started their first rounds to the punchy drums and lively riffs of the track. Keeping the momentum going with Without Me (Pâquerette), it would’ve been difficult not to jump along to the high energy of the track, and so no one resisted as the crowd bounced along to the sprightly triplet rhythms.

A resounding clap-along was in order for Archers, one of the band’s debut album hits, building towards the anthemic chorus which raised the already-high energy levels even higher. This didn’t go unnoticed by Jayden, who is quick to compliment the crowd and grins while saying “I am fucking loving this energy man, you guys gotta keep it up!” Not needing to be told twice, the momentum was driven by the pounding drums in Keeper and despite the lyrics giving off a message of solitude in the words ‘I’m on my own’, the feeling couldn’t be further from the atmosphere of solidarity amongst fans that evening. Excitement was quick to build when the band asked the crowd if it’s alright for them to a play a song they had never previously played in London, before they dove into the romantic Spinning. Charming with dulcet melodies and sweet lyrics, it was a truly magical live debut of the song in London.

Older fans were delighted by the band’s earlier tracks such as Godzilla and London Lights, the latter of which saw a mosh pit open up as pummelling drums pushed the tempo up. A sentimental moment of the set came in the form of the tear-jerking Long Night, which saw the band halting their breakneck pace and narrowing down to just Jayden and an acoustic guitar. With people sat on each other’s shoulders and crying along to the track, it’s easy to see how much this band means to people. The sentimental mood doesn’t hang for long as Jayden is quick to lighten the atmosphere by pulling a silly pose, before the full band wraps up the rest of the set with a slew of upbeat bangers including Icarus and Voldemort.

Leaving us with a buzz in our veins and adrenaline in our blood, With Confidence has made the last lingers of summer just that bit longer with their bright music and sunny personalities, and hopefully it won’t be too long before they return to the capital. 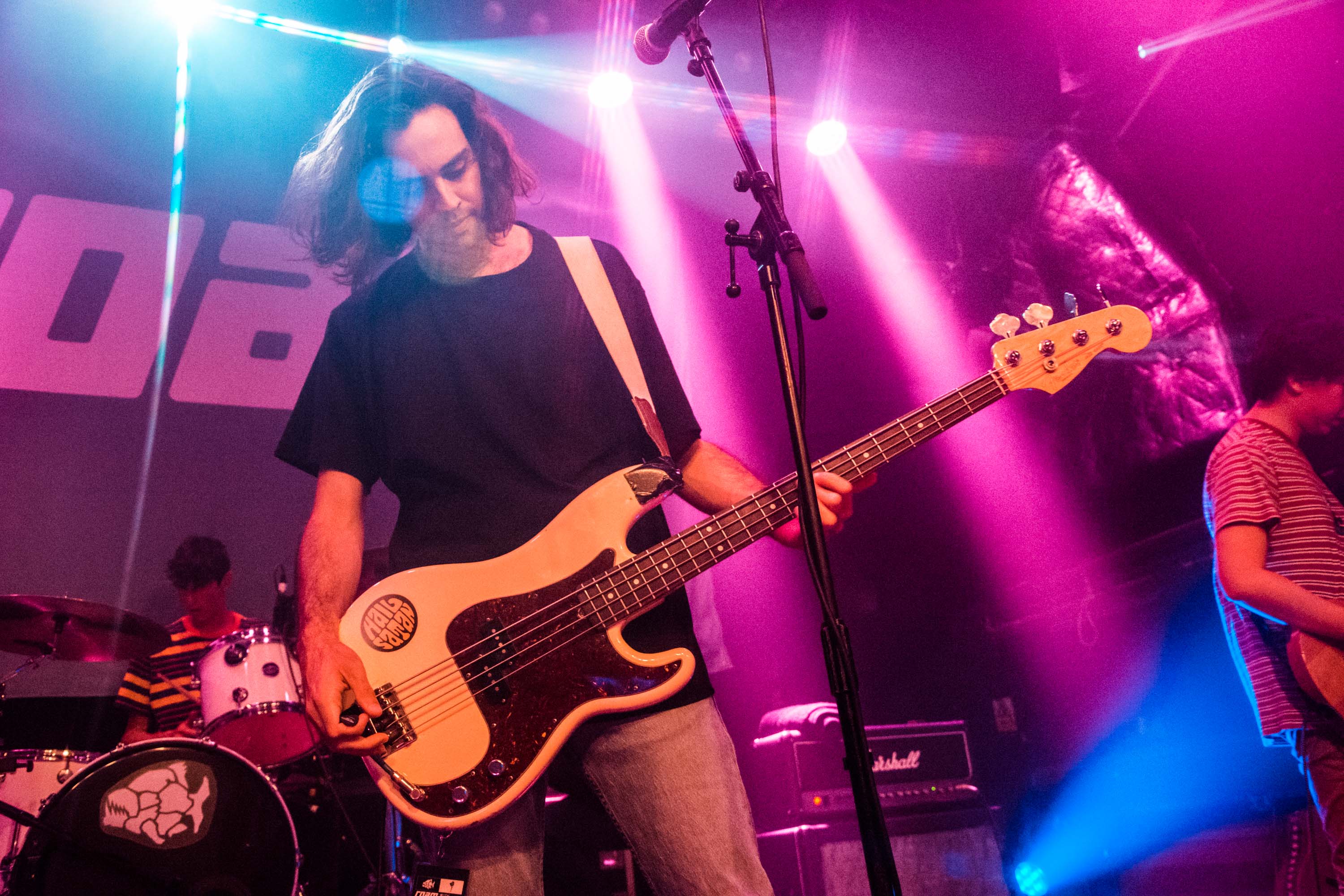 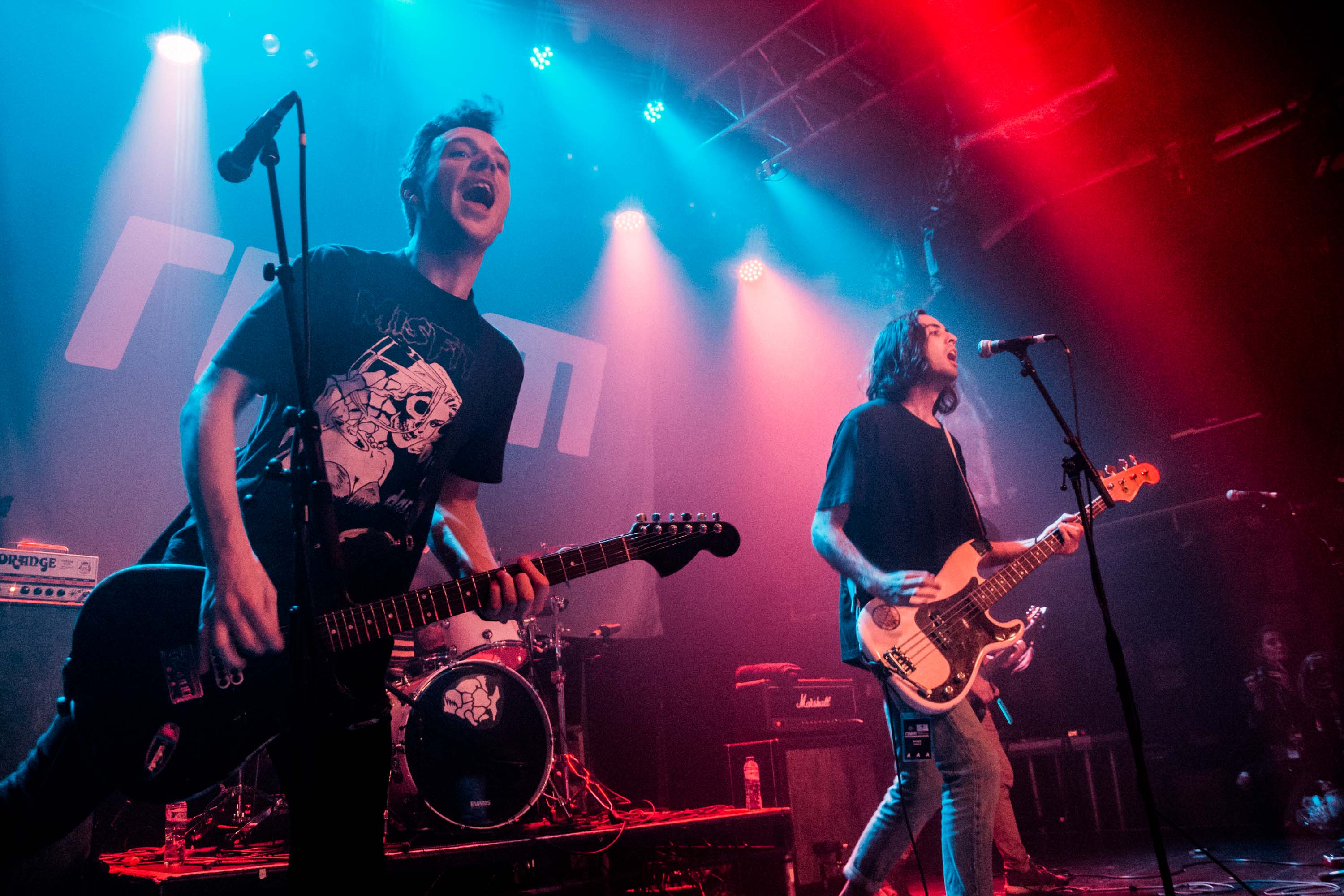 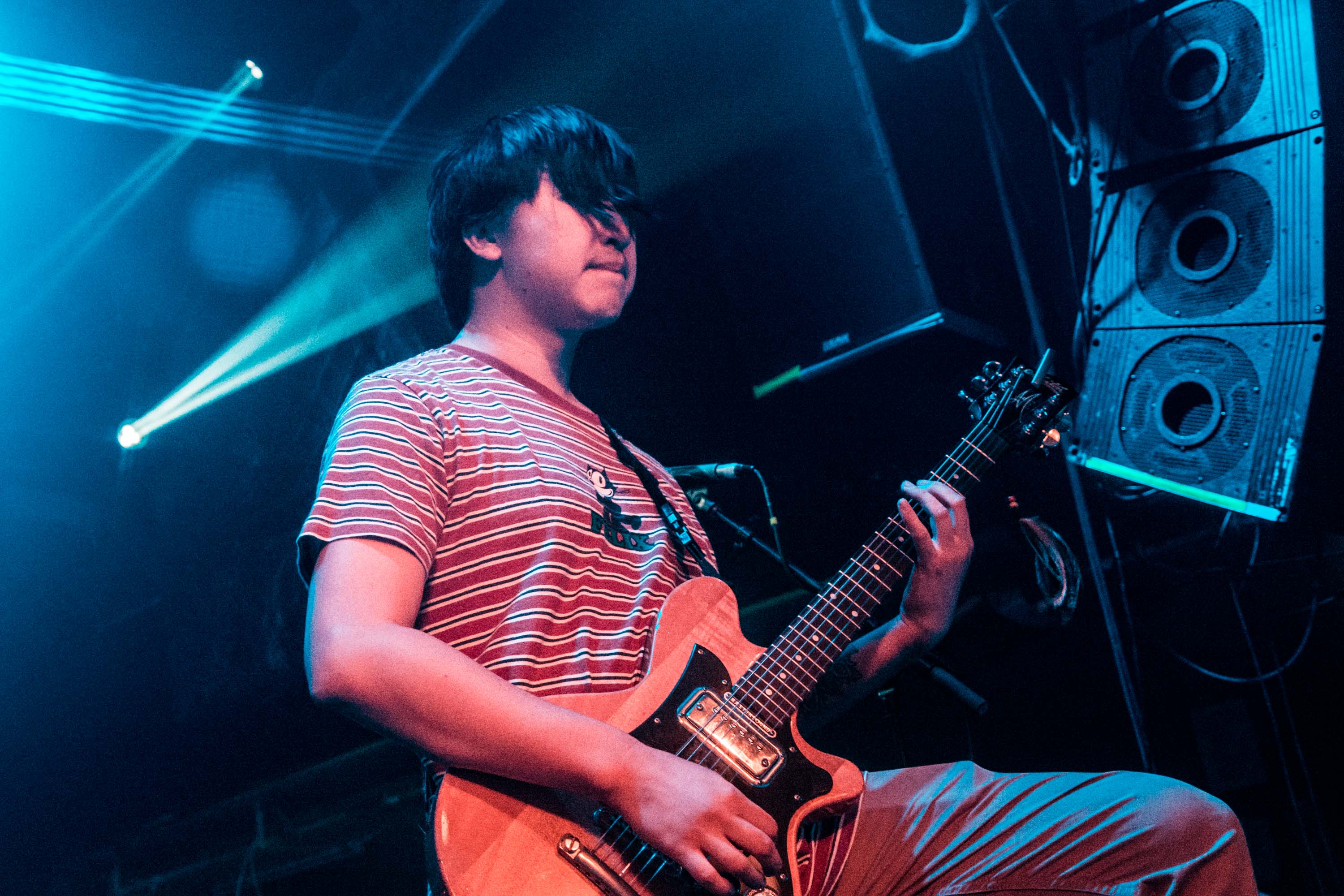 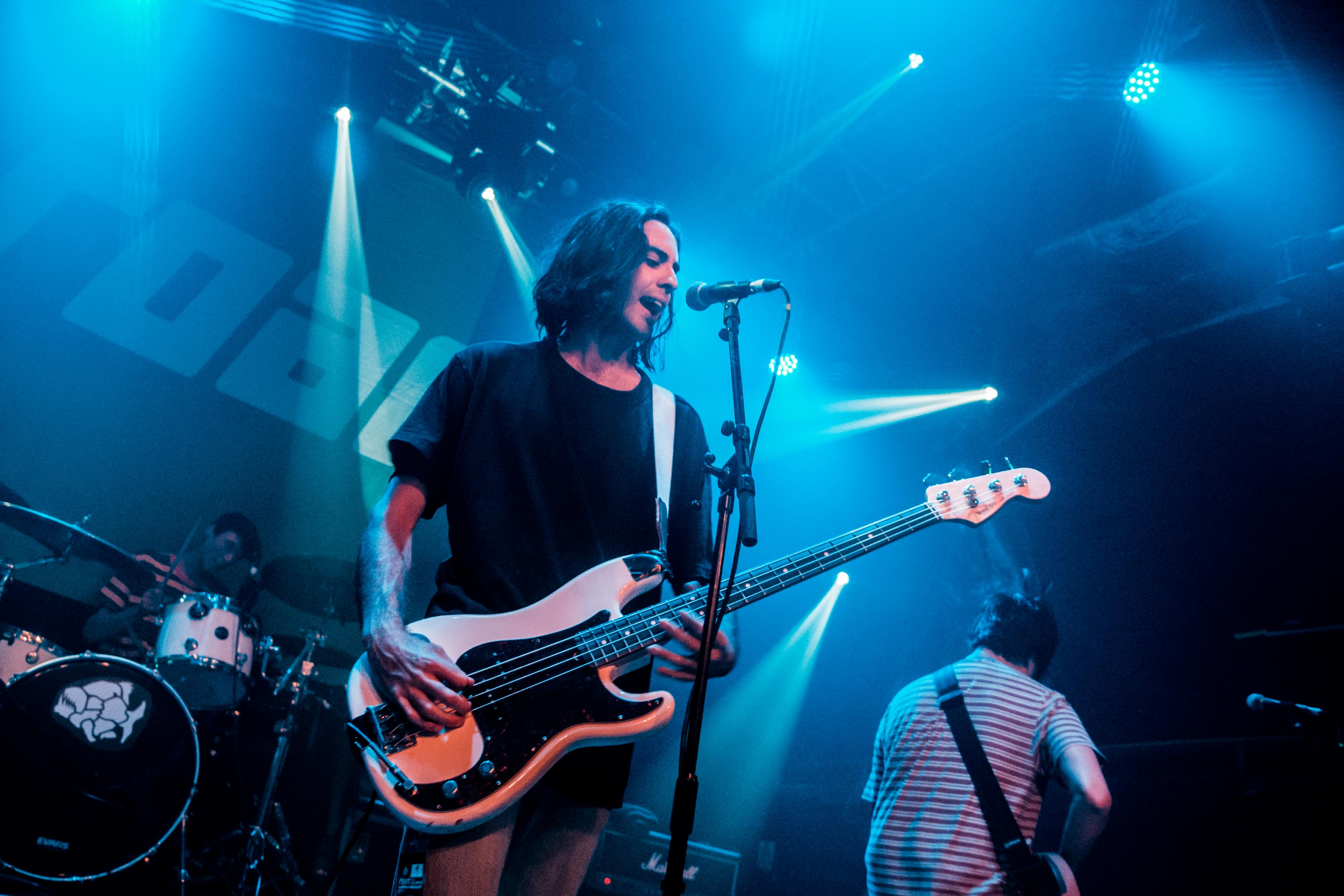 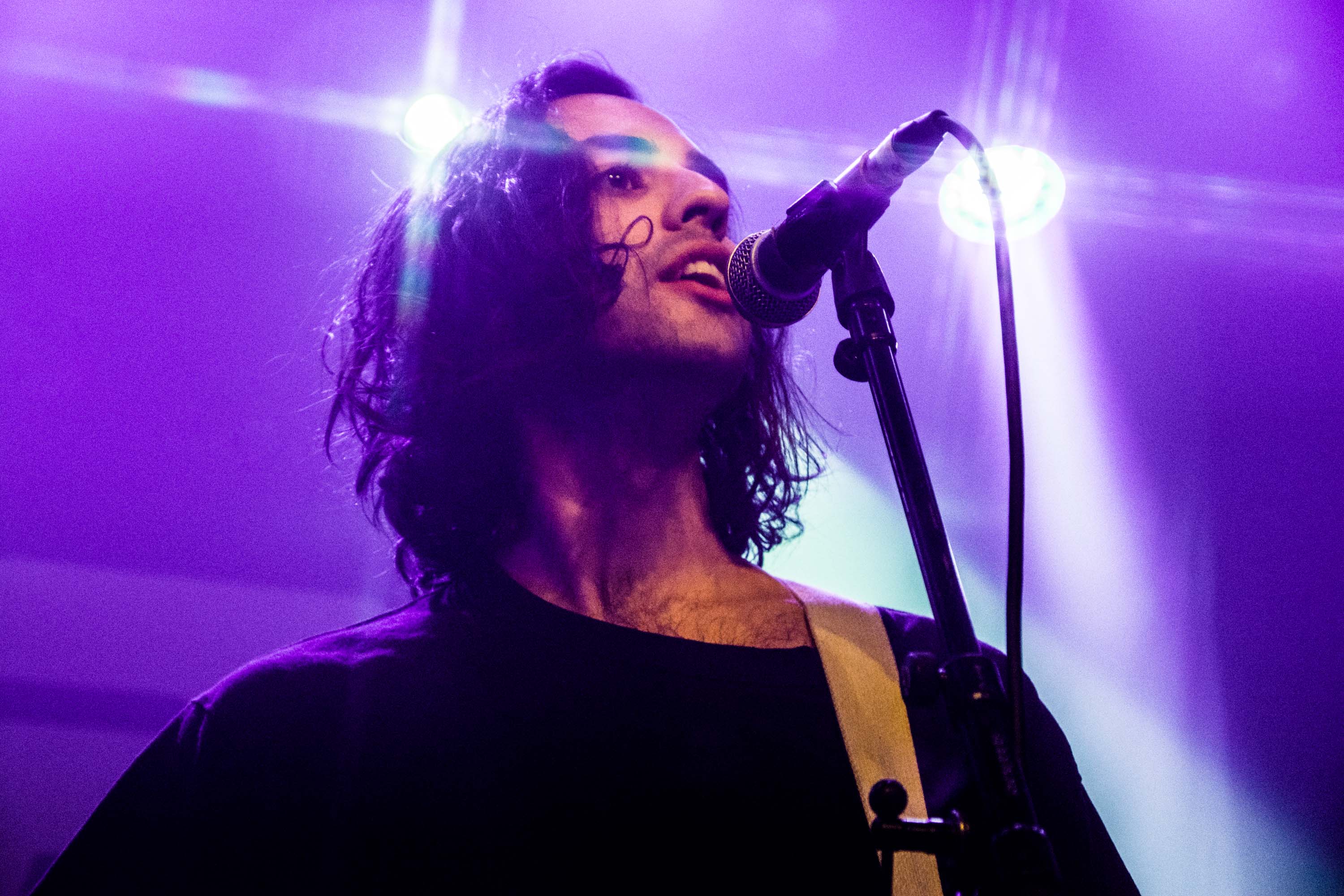 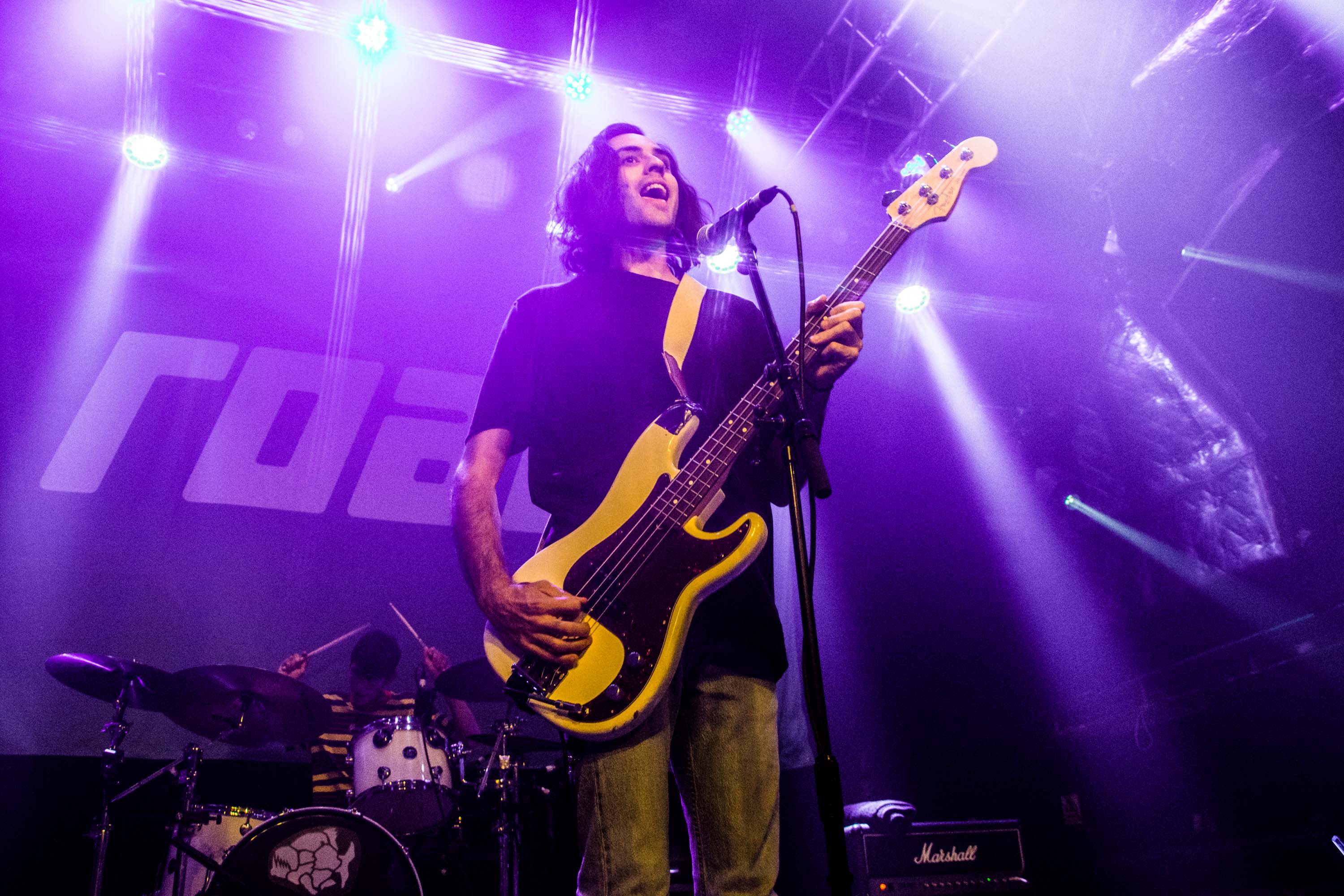 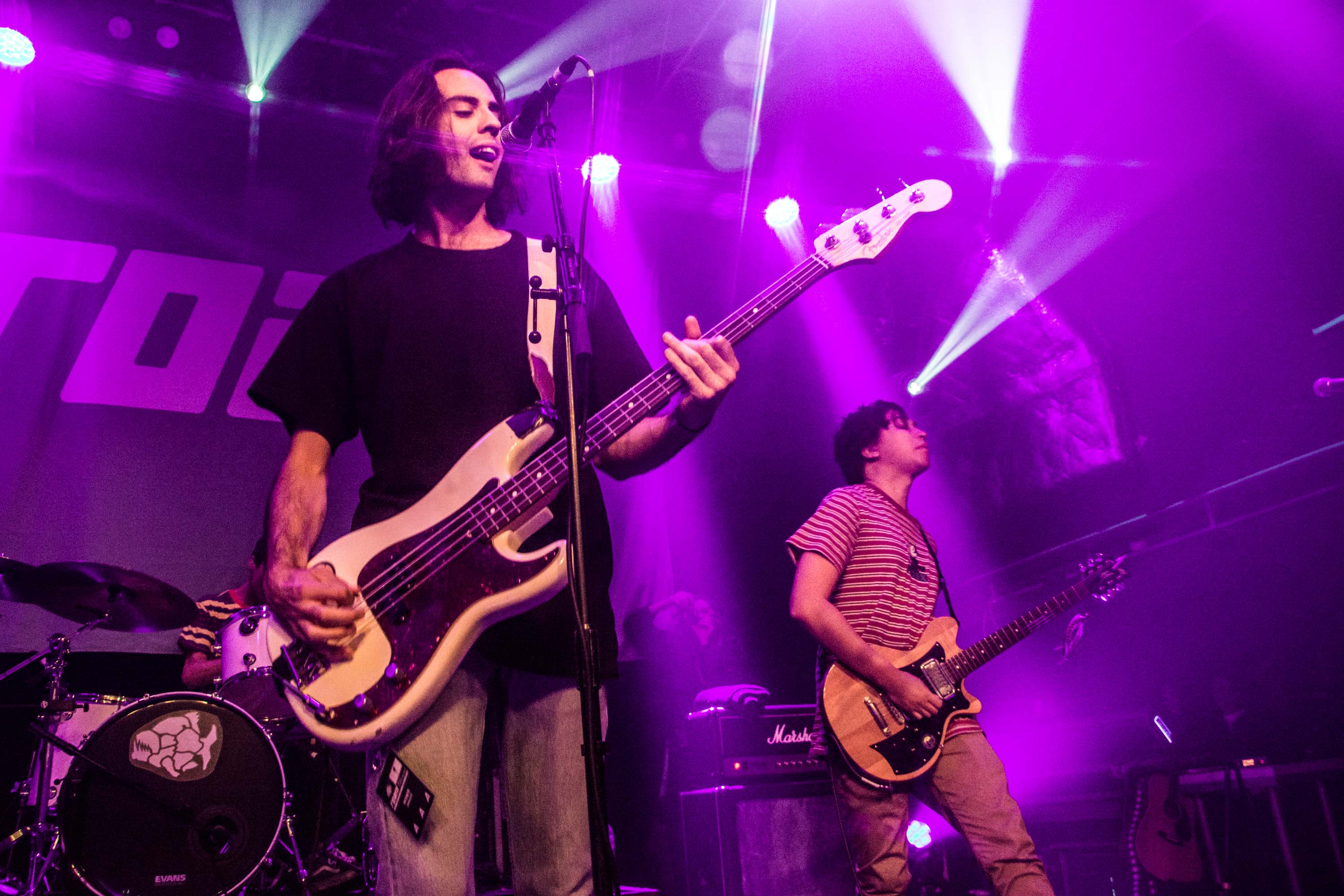 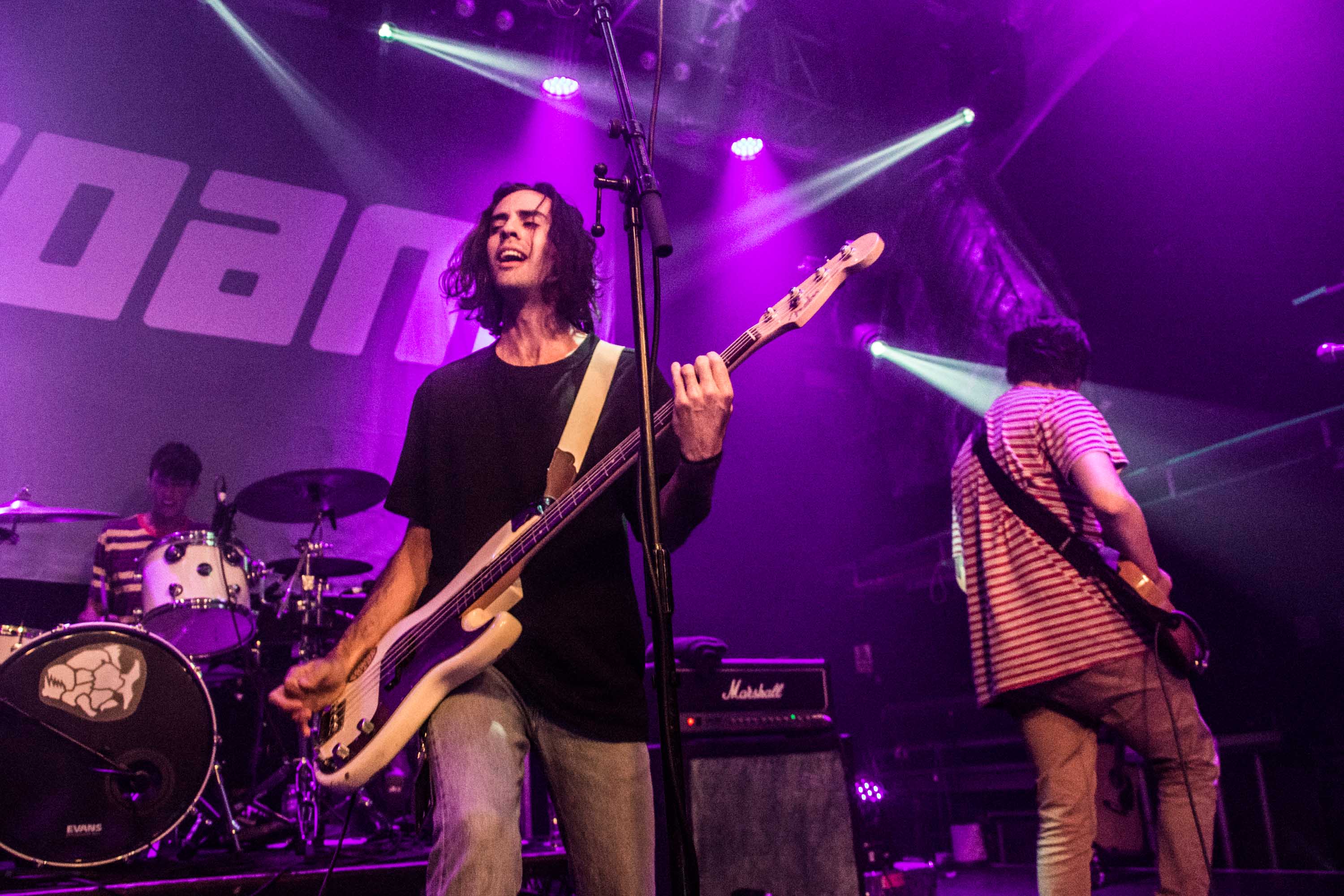 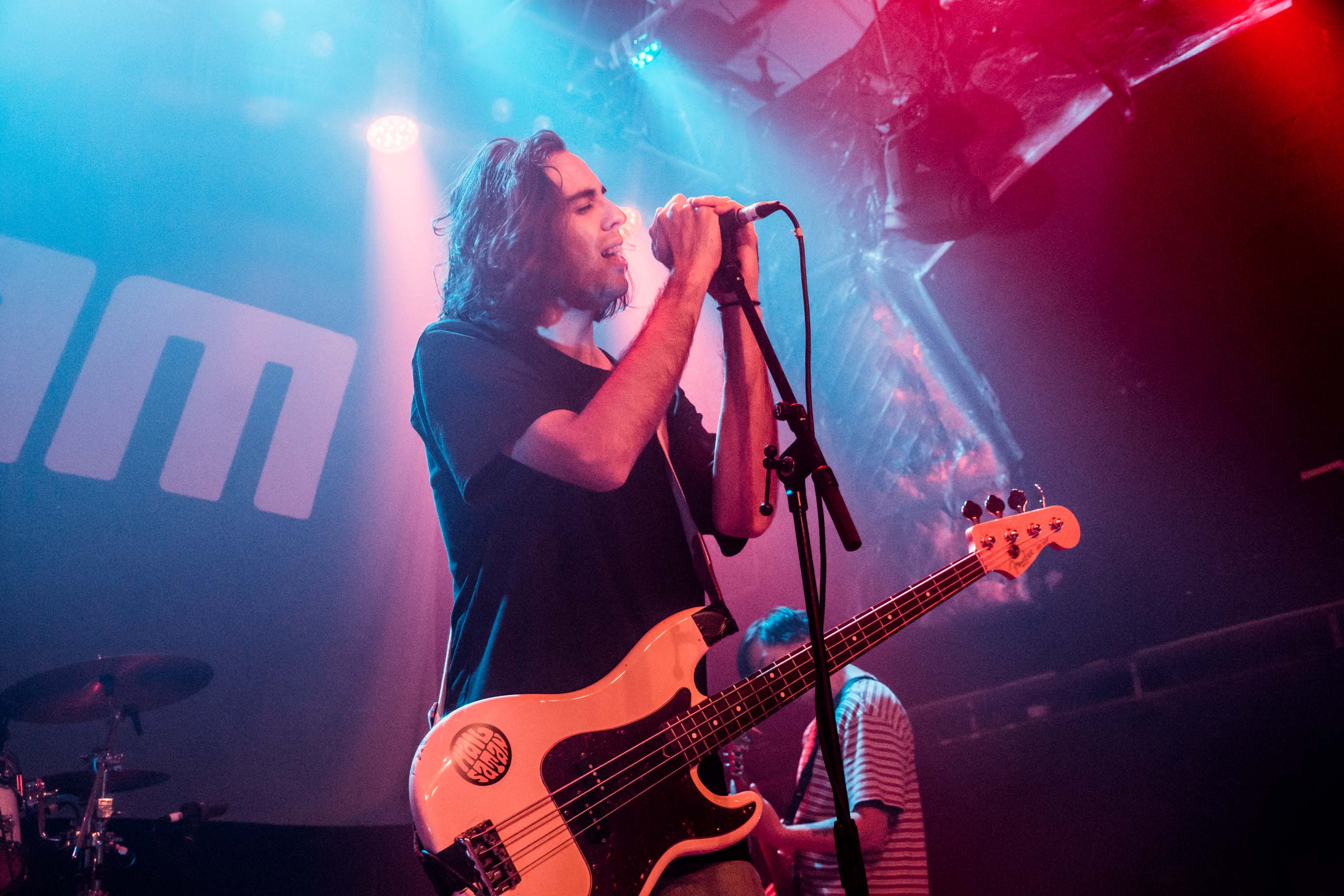 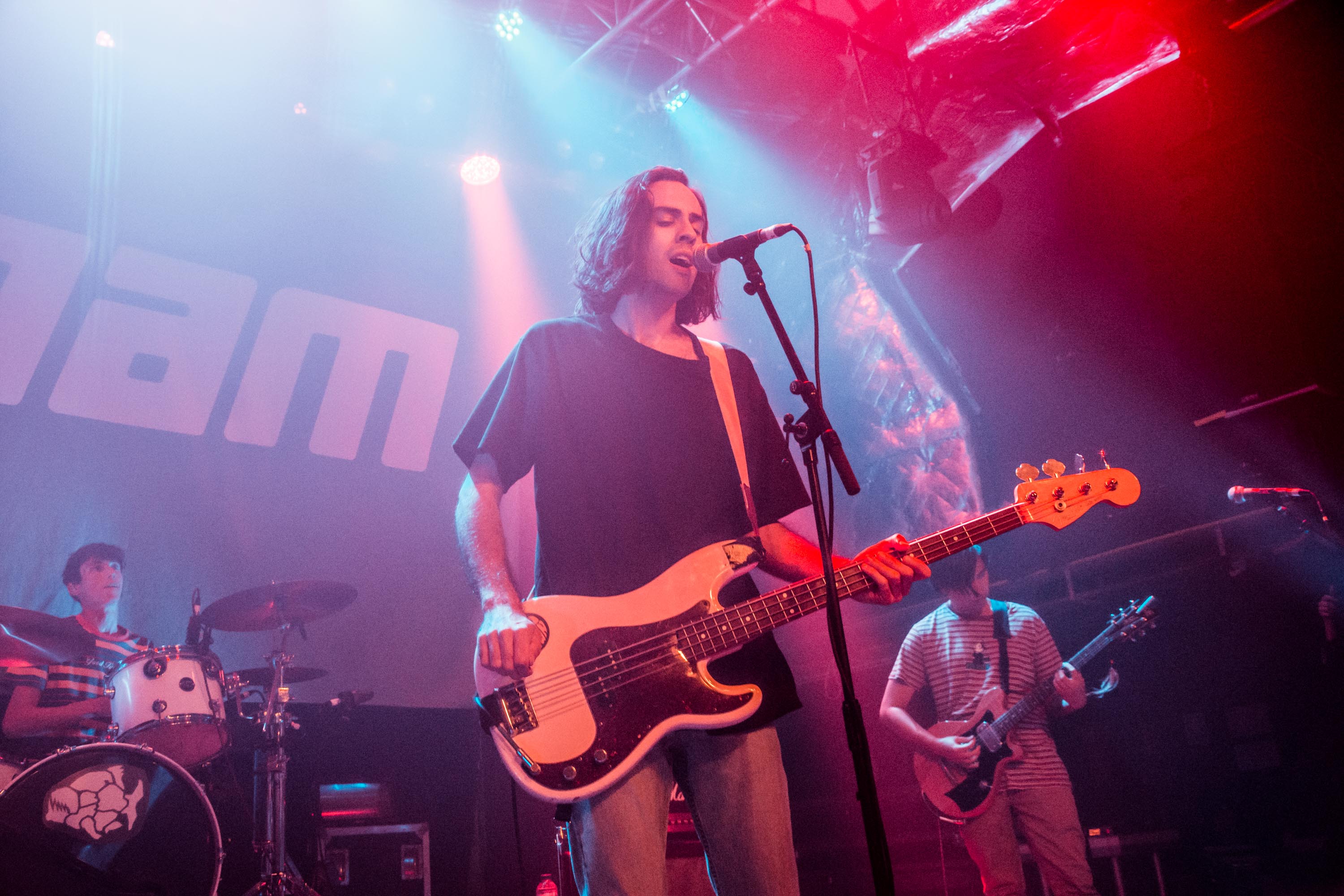 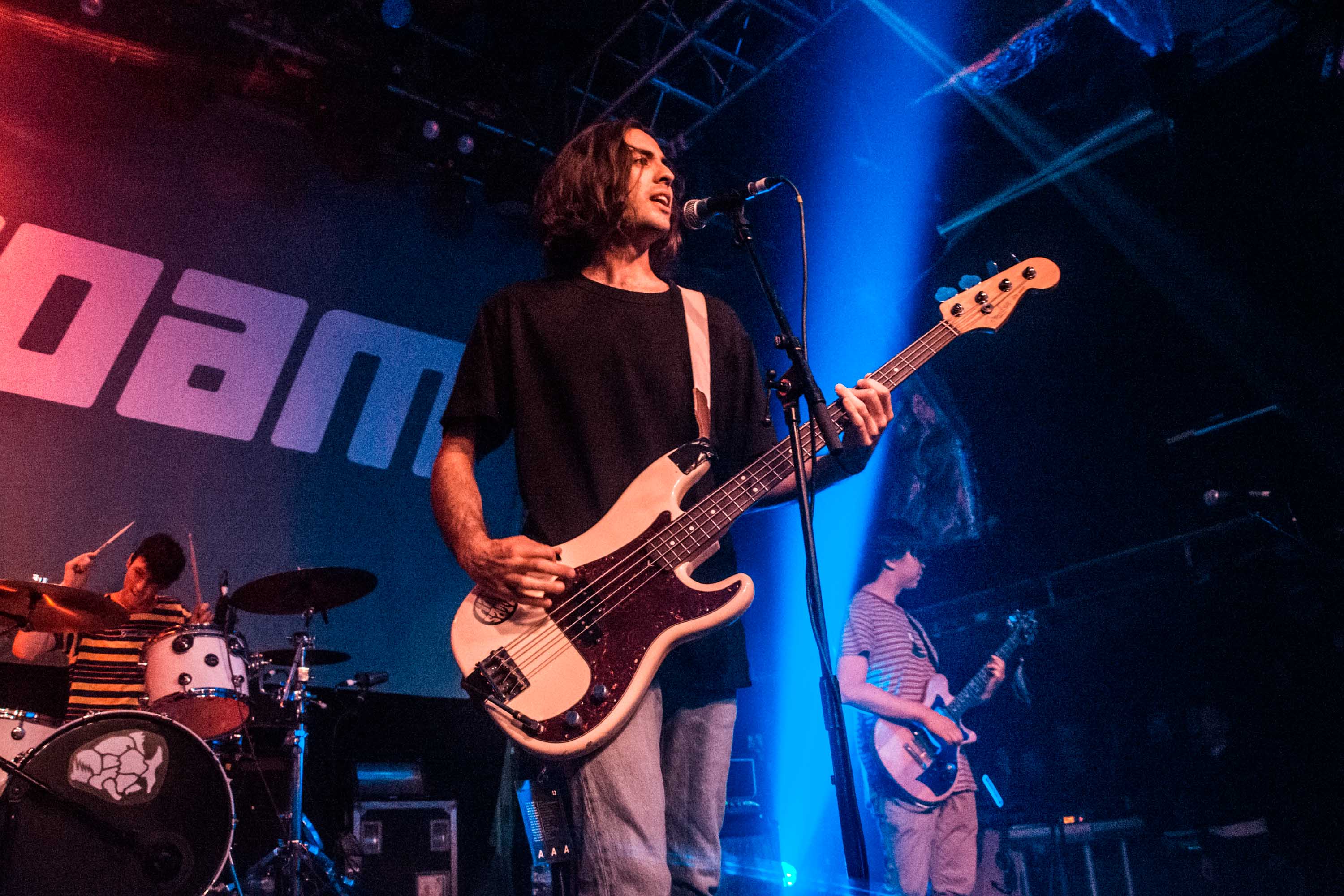