The HAIM sisters have graced us with yet another infectious cut, The Steps. 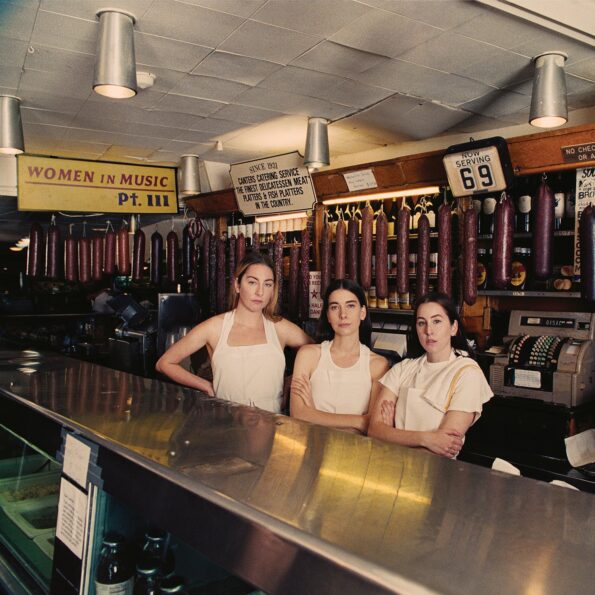 HAIM have announced their third studio album with social media announcement of the album cover, shot by Paul Thomas Anderson. Following their previous singles Hallelujah, Summer Girl, and Now I’m In it, they have also released a new track, The Steps, and a music video to accompany it.

Directed by Paul Thomas Anderson and Danielle Haim, the video involves the sisters aggressively putting on makeup, spitting out toothpaste, and smearing lipstick on the mirrors and their faces while they sing – “Every time I think that I’ve been taking the steps / You end up mad at me for making a mess.” The track incorporates the strummed 12-string acoustic guitar with hard-driven chorus lines and a loud drumbeat to give off the sound of an angsty anthem about not being a great partner but doing just fine on their own.

We are literally women in music and we always get written about that way, so it seemed cool to make it our own and control the narrative.

It made me think about some of our experiences more. I just thought it was funny, plus the initials are WIMP3. Wimp is a hilarious word.

Produced by Danielle Haim, Rostam Batmanglij, and Ariel Rechtshaid, Women In Music Pt. III, will be released on April 24th.