In August, Julien Baker, Angel Olsen, and Sharon Van Etten performed together at Surly Festival Field, for the latest stop on their Wild Hearts Tour.

A quiet Tuesday evening turned into a summer celebration at the Surly Festival Field with Julien Baker, Angel Olsen, and Sharon Van Etten, the trio you didn’t know was possible. The Wild Hearts Tour partnered with PLUS1, a $1 per ticket add-on program that funnels the profit to a particular organization, to give out donations to A New Way of Life Reentry Project that works to promote advancement and healing to formerly incarcerated people looking for reintroduction into society. There were local artisans and vendors selling their goods and Surly Brewing selling craft beer near the stage, a night filled with arts and crafts.

Julien Baker came out in all-black with a rainbow guitar strap draped across her body. She, alongside her band, warmed the crowd with haunting vocals edged with eternal guitar riffs that floated into the midwest breeze. As an avid listener who had yet to experience her live performance, it felt like an extension of her. Producing evocative emotions on demand to an intune audience seems to be something only she has perfected – a Julien Baker signature. Her music should not be defined as songs you put into a playlist but instead the act of belting lyrics out through pained cries, healing in solitude as a crowd of concertgoers shed tears next to you. 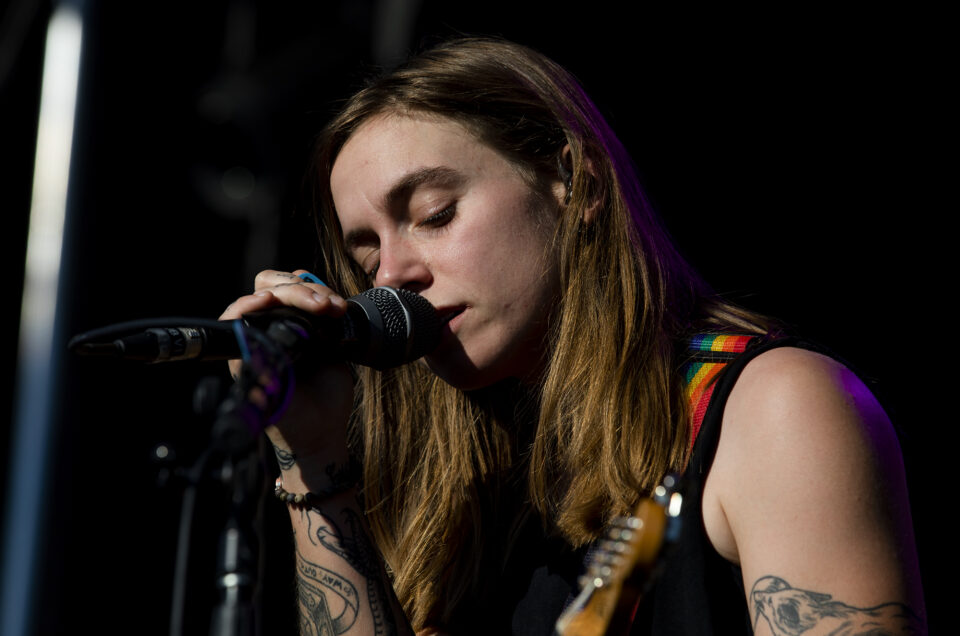 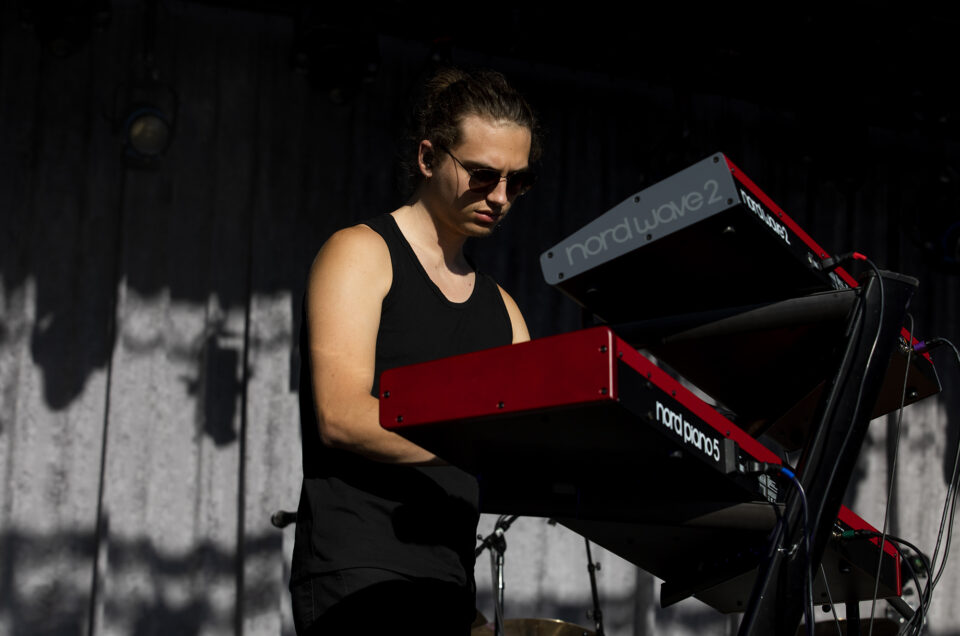 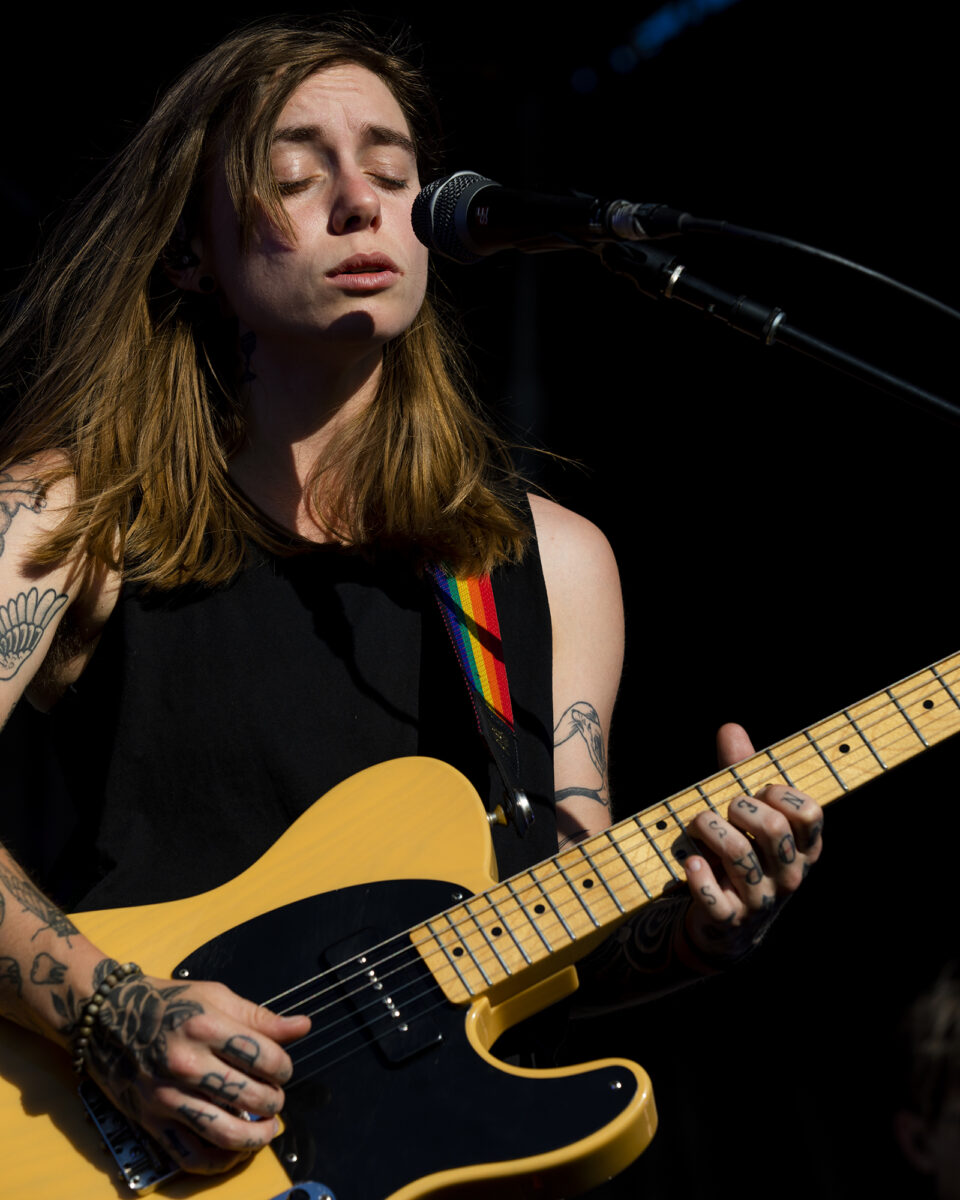 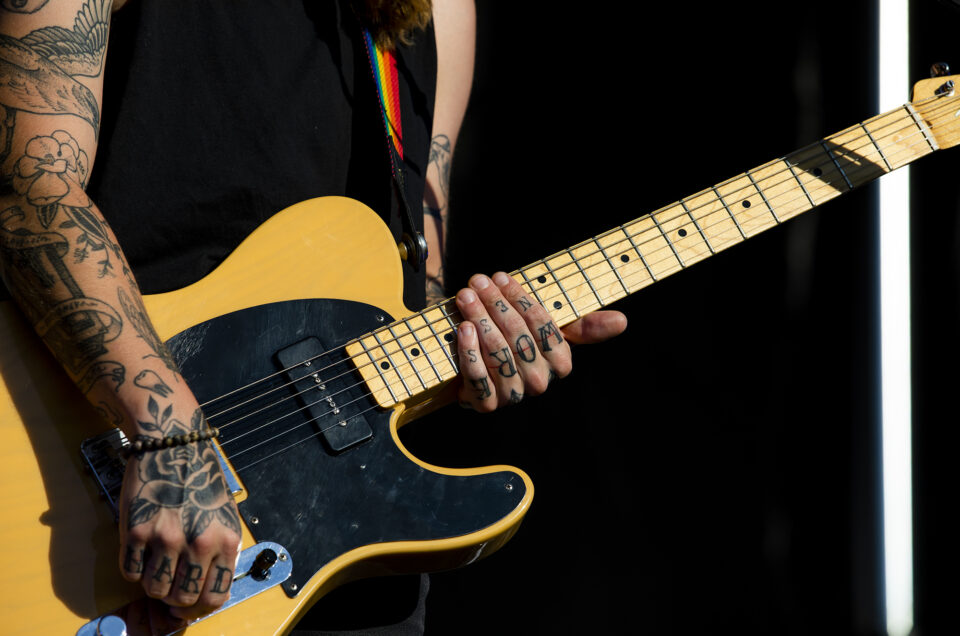 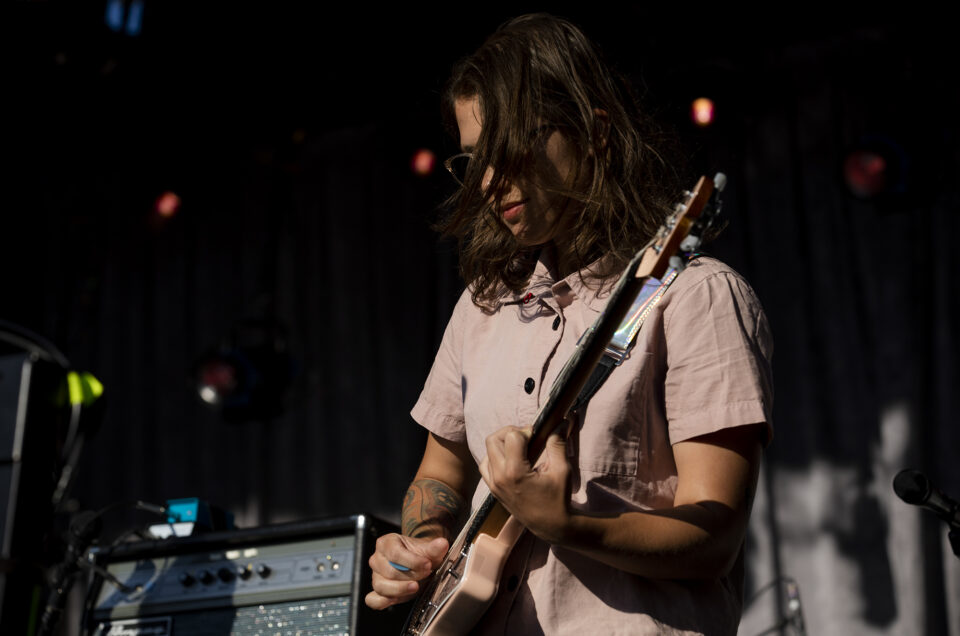 Following the hollowing act, Angel Olsen, in a sun-soaked seventies-inspired one suit, marched on stage followed by her bandmates, also met in monochromatic outfits. Olsen’s role was the Hypeman, getting the energy back up after Baker’s deep reflective hypnosis. Her guitar strumming and western tone brought hope to the festival grounds. As she introduced her next song Big Time, an ode to healthy relationships, she asked if anyone could relate, and the crowd responded in silence. She pondered while tuning her guitar, “Oh, you will. You gotta suffer through some shit to get to the good stuff.” Her spunky advice left me feeling the sensual joy and glimmering aspiration she embodied in her yellow suit. The crowd swayed to the smooth, echoing vocals while the sun slowly drifted under the horizon. Olsen’s set was the perfect warmth against the dim daylight and crisp summer air. It is easy to see where Angel Olsen has healed from her twenties and now stands proudly as a strong grateful woman in her thirties. A visual that any struggling twenty-something-year-old female needs as a reminder – it will get better gotta suffer through some shit first. 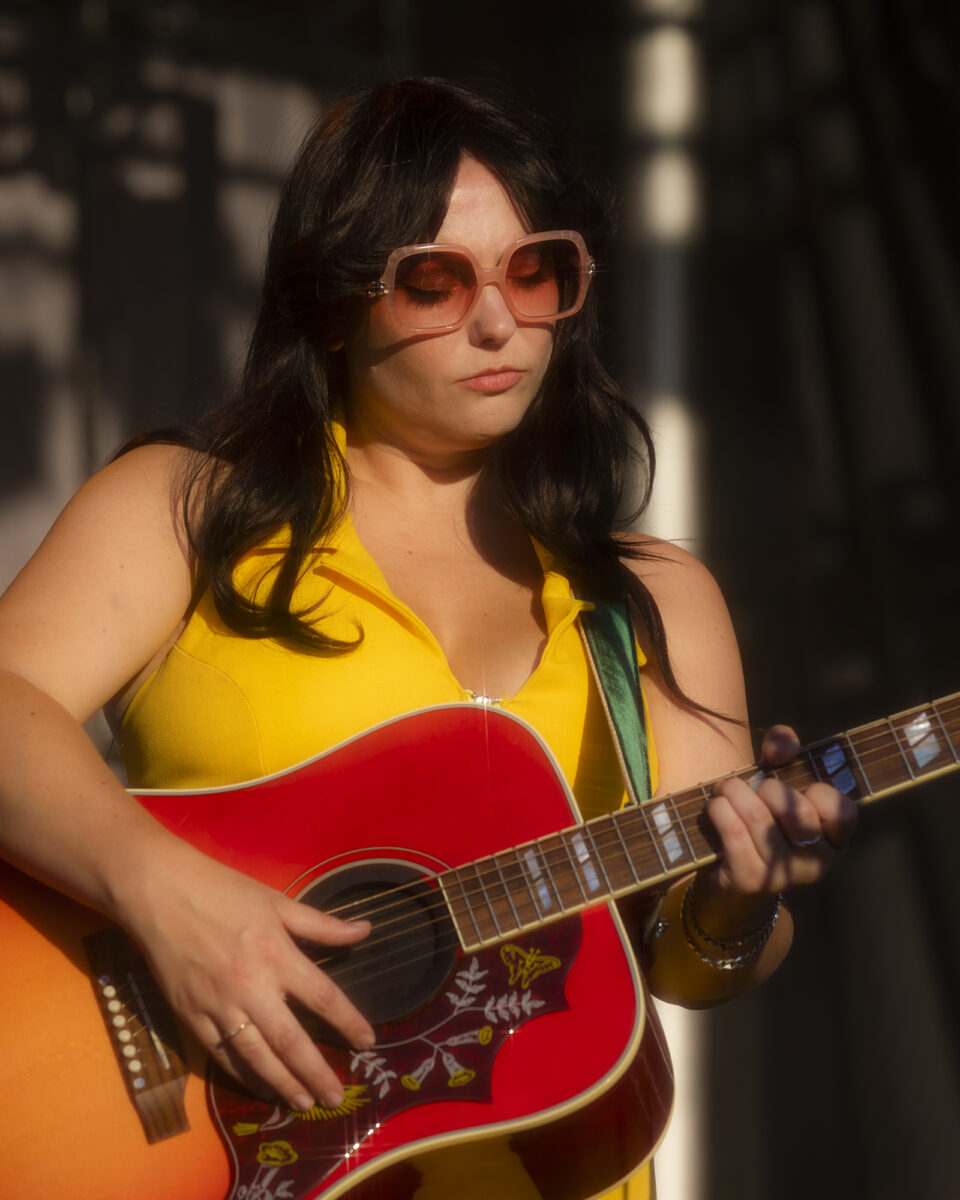 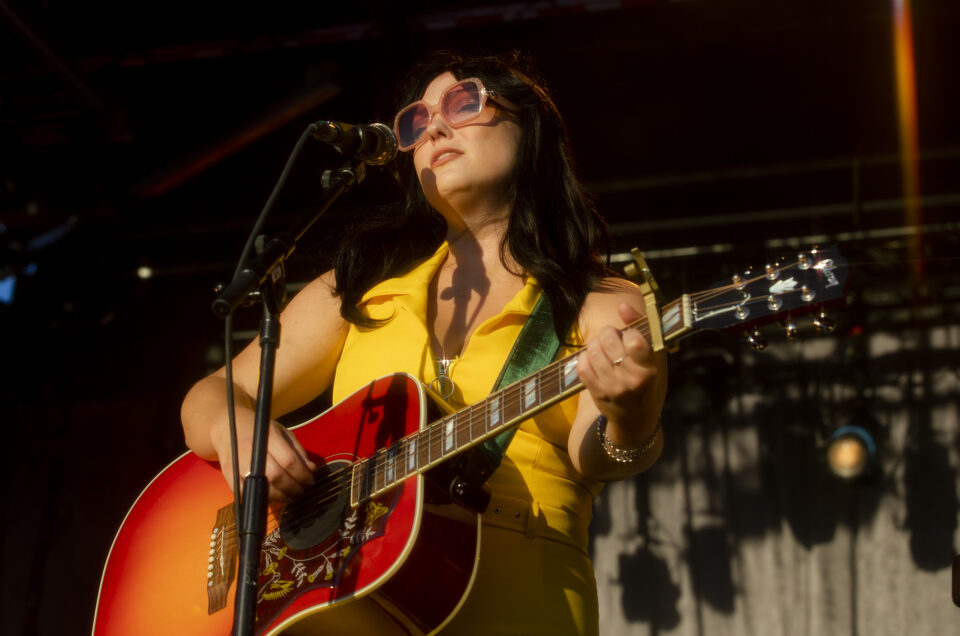 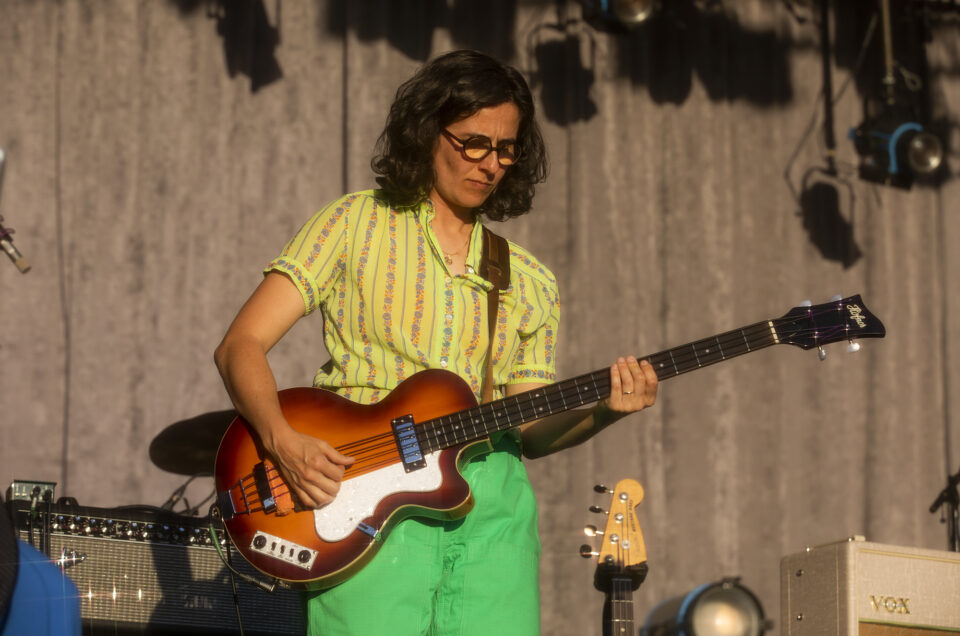 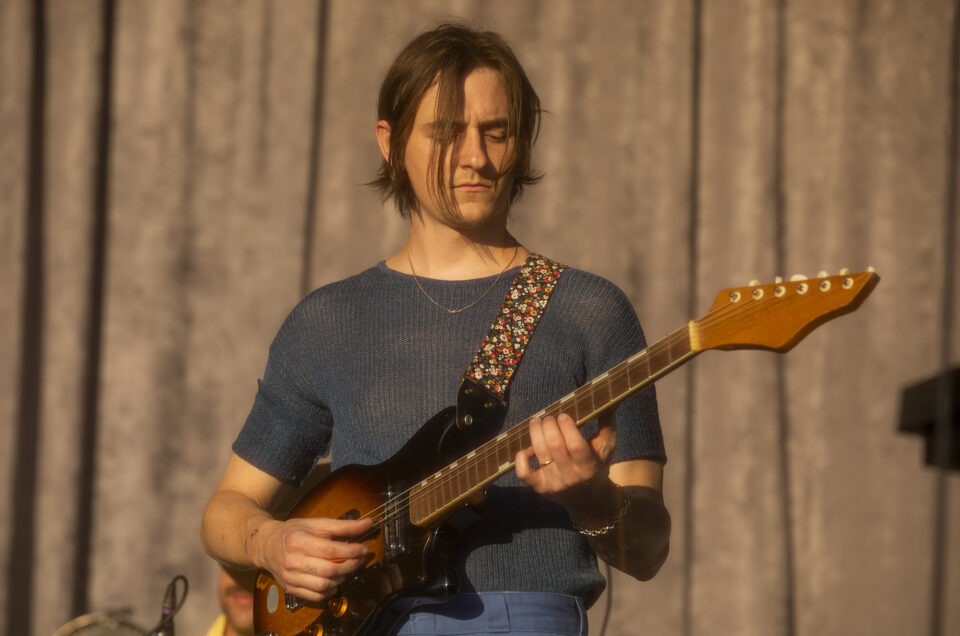 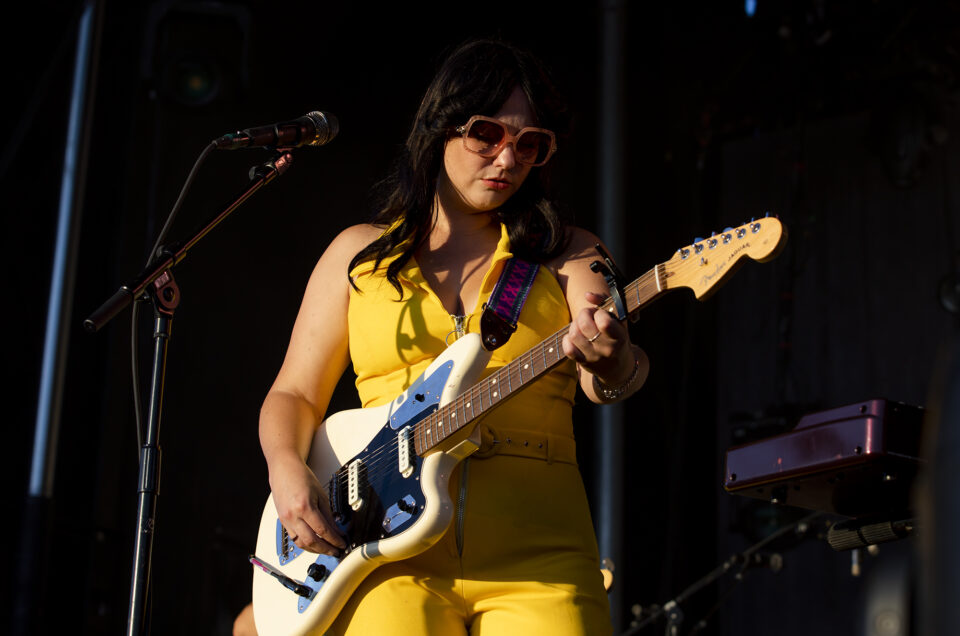 The night ended with a rock n roll commemoration featuring Sharon Van Etten and her tentative band. With the ensemble of a red lip, white tank, and black suit, Sharon Van Etten, and her outfit, matched the timelessness of her soundscape. Her live performances bring familiar yet edging capabilities observed through her iconic one-liners, dynamic rock sessions, and sharp lighting design. The band was their own playful community, bringing the energy of safety and fullness. It felt more than a concert; it felt similar to a community gathering.

It reminded me of what music intended to be: a place of collaboration and communal creation. Music was a community before an industry. Julien Baker, Angel Olsen, Sharon Van Etten, and all teams involved brought that reminder to fruition. Their message was powerful as I watched Angel Olsen hand out roses to Sharon and co., Julien Baker and Mariah Schneider off stage swaying to Ghost On, and an unbeatable encore of Like I Used To followed with many hugs and kisses from the band members. The event ended with Sharon reflecting on the half-finished tour, “We all love each other on this tour. It feels like family,” a genuine closing statement for a wholesome summer evening. 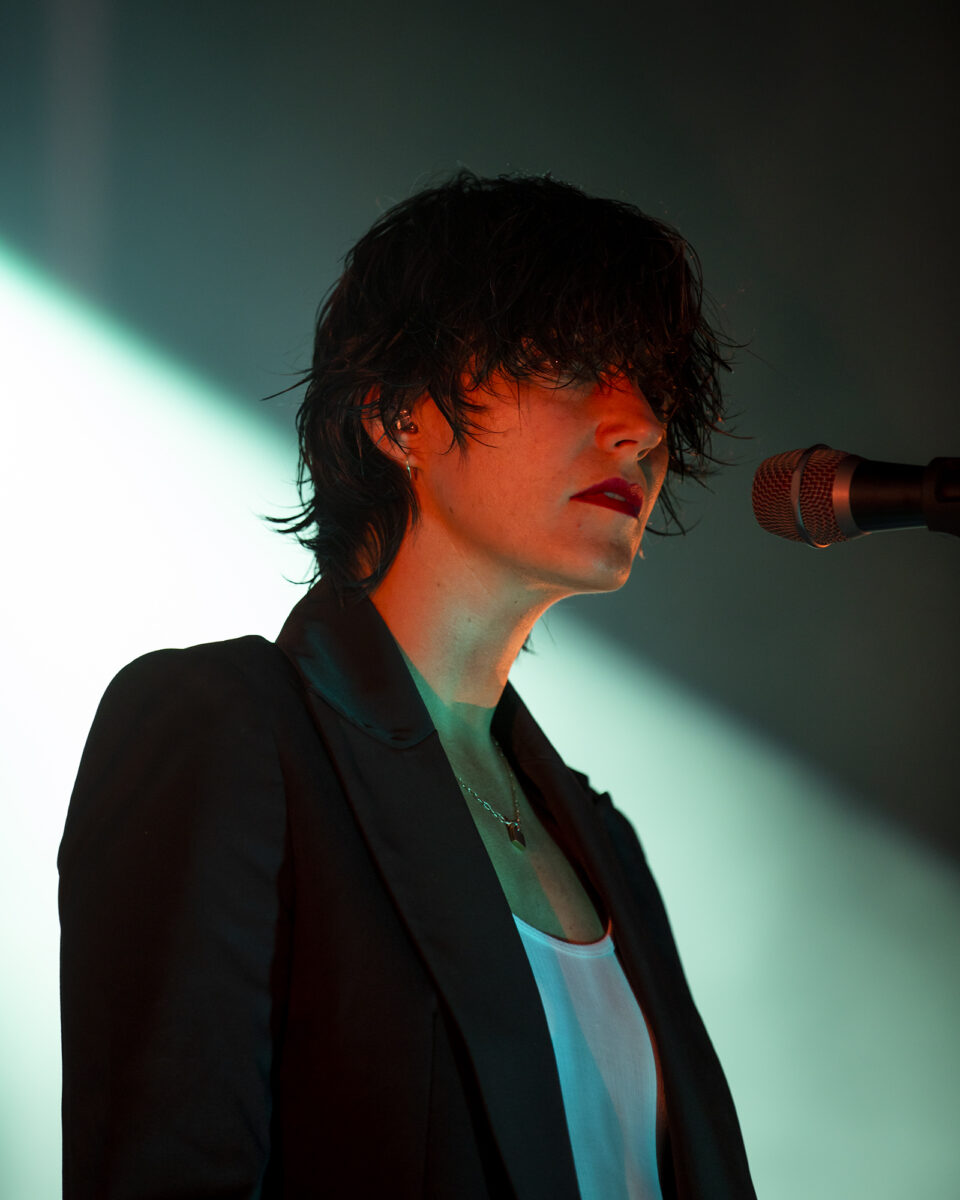 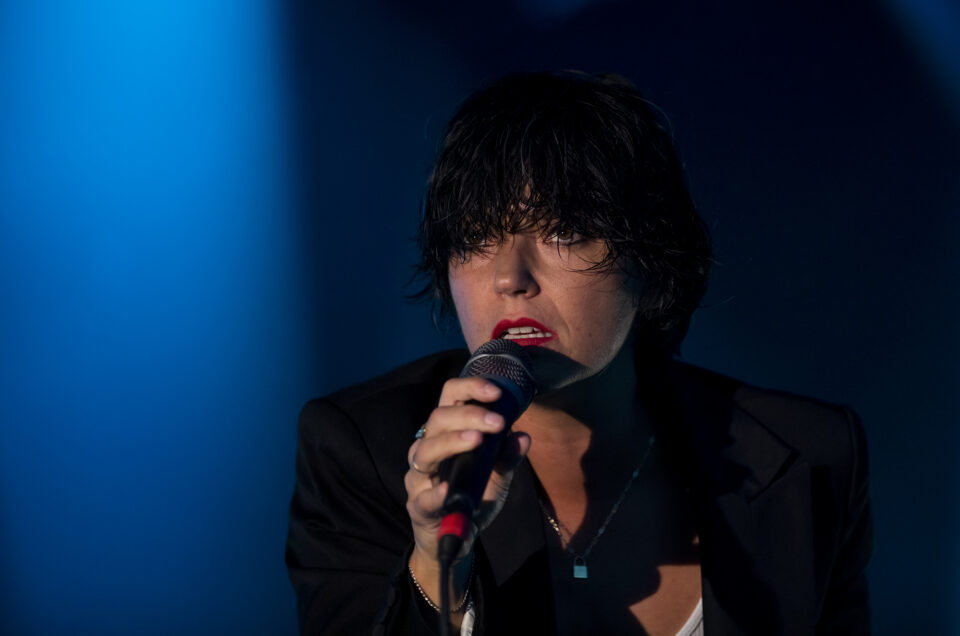 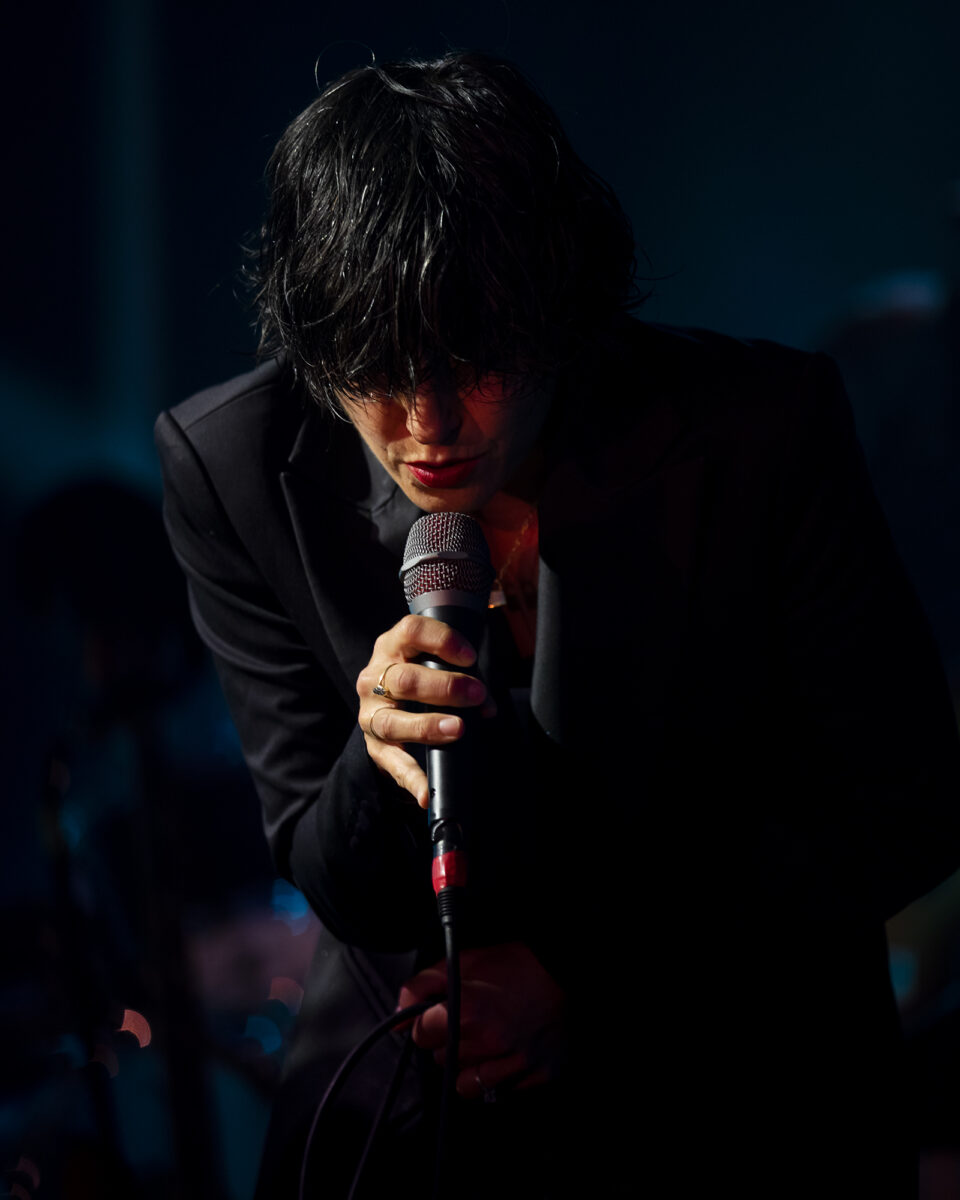 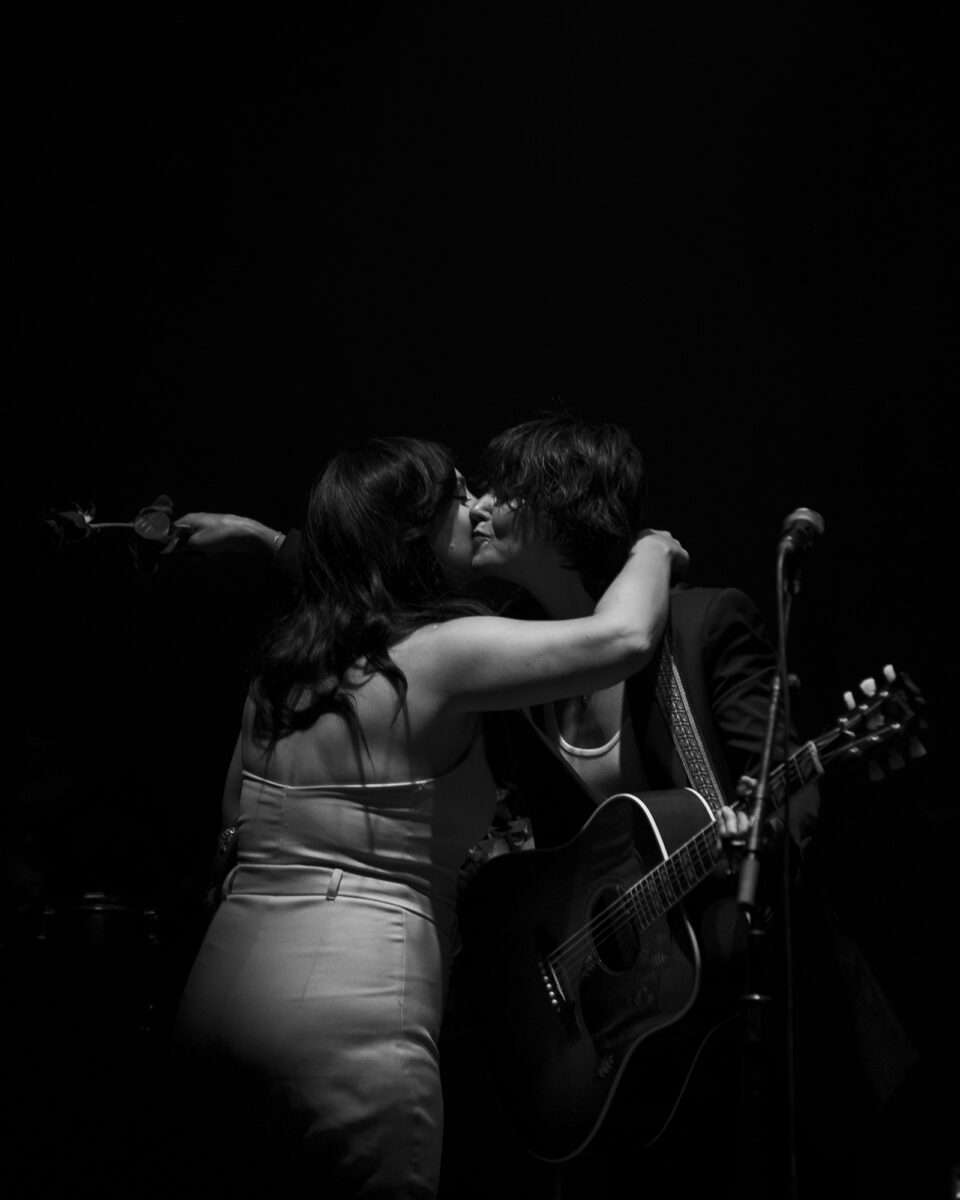 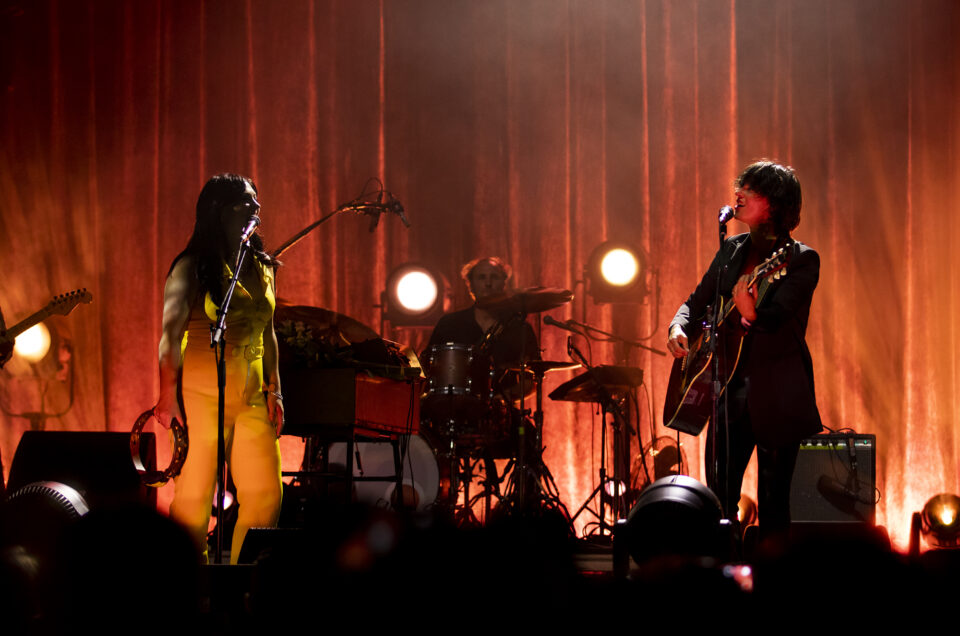